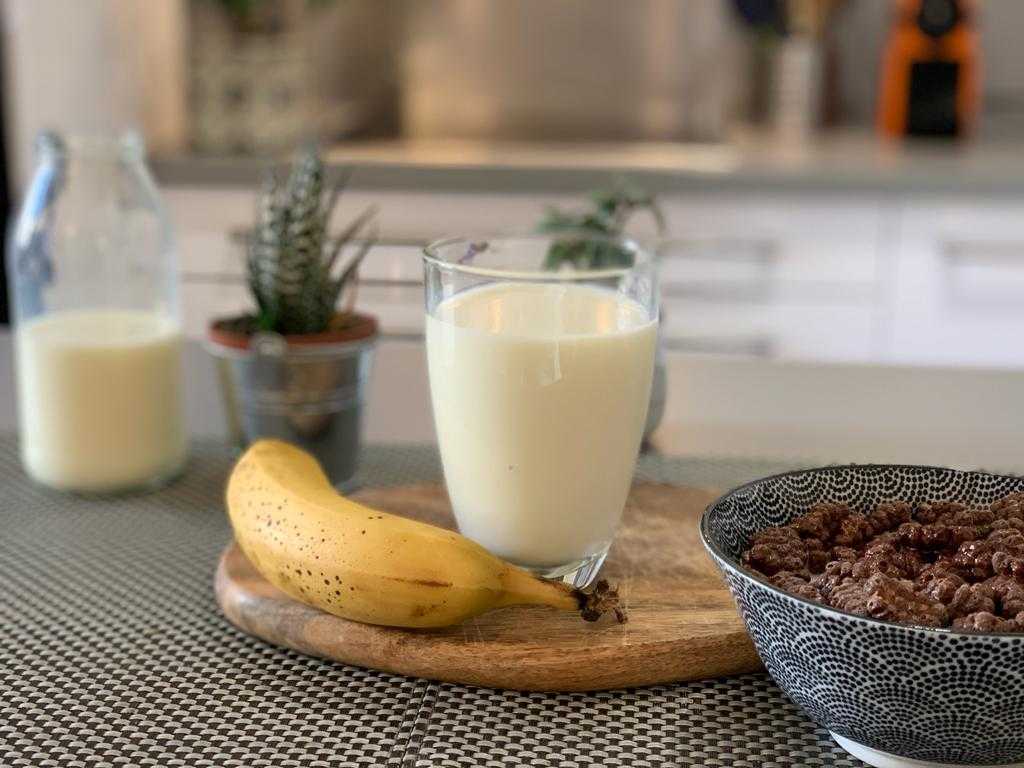 It’s never been tougher to launch a new plant-based milk. It’s a saturated market: there’s oat, soy, almond, rice, coconut, cashew, macadamia, hazelnut, pea, hemp, and a smattering of others. But their biggest problem, at least according to Clémence Landeau, is taste. “To help people make the switch, it’ll be nice to have a dairy alternative that really tastes like cow’s milk.”

Enter Update Foods, which Landeau co-founded earlier this year with Céline Bouvier and Franck Manifacier. The French startup is seeking to disrupt the dairy alternative market, with plant-based milk — called M!lk Update — made from algae oil and faba protein.

While milk made from algae isn’t unheard of, using faba protein in alt-dairy is a rarity. “We wanted to take advantage of what nature gives us,” Landeau tells me. Faba protein comes from faba or broad beans, amping up the protein content of the milk.

The startup isn’t battling other plant-based milks; it’s coming for dairy itself. “You can’t recreate the taste and nutritional profile of cow’s milk with oats, rice, and the like,” she says. “We chose to work with faba protein because it gives our product a nice nutritional profile.”

And that’s what Update Foods is banking on, apart from taste and appearance: the nutritional content. Its M!lk Update is rich in protein — clocking up 3g per 100ml (cow’s milk has 3.4g) — with 90% fewer saturated fats, and no cholesterol or sugar. Oh, and it has 41 calories per 100ml; whole cow’s milk has 61.

Landeau claims it has the benefits and taste of cow’s milk, and the environmental friendliness of plant-based milk: “It’s really interesting to work with algae and faba protein, because you can grow algae in many French regions, so it’s locally sourced. We want to be as sustainable as possible.”

Read our Ultimate Guide to eco-friendly dairy alternatives in 2020.

She adds that the team called it Update Foods because “we’re trying to update the dairy products we love, so that tomorrow, the dairy staples you have in your fridge are not from a cow”. And so, the brand aims to have a permanent, endless “updating” policy for its products and work.

Landeau cites Beyond Meat as her inspiration for product formulation: “We’d like to be to dairy what Beyond Meat has been to meat. Maybe if we manage to do the same for dairy, it will be a step forward in the direction we’d like society to take.” When it comes to brand image and modernity, she looks at Oatly and Ripple. “A lot of brands in France are shy of their image and in the way they’re communicating. We needed to create a brand that is bold, surprising, futuristic, and, at the same time, sincere and transparent.”

It makes sense, then, that Update Foods is targeting Gen Z with its M!lk Update. “It’s a generation that’ll have a major impact on what the future will look like,” explains Landeau. If we manage to get them on board, we’d also be able to impact future generations and hinge towards a greener future.

For now, calculating the algae and faba protein milk’s environmental impact is complicated, as the brand is only launching its first production cycle now. But it’s overseeing a review of its emissions next year, which Landeau labels a priority: “As soon as we can, we’ll evaluate it, create key indicators, and be able to determine figures to improve ourselves.”

M!lk Update is manufactured locally in France, and the company is gearing up for a demo in January. Landeau and her team are also in the middle of widespread financial outreach; Update Foods is already part of the ProVeg Incubator, but it’s also applying to the food accelerator programme by Big Idea Ventures and preparing its first funding round (which it plans to use for product development and recruitment).

With a background in food politics and labelling for vegan and vegetarian products, Landeau has strong opinions about the ongoing product labelling war in the food industry. Recently, the EU voted to allow companies to use terms like ‘meat’ to describe plant-based alternatives, but banned the use of dairy-related terms in vegan substitutes. It’s why the algae and faba protein milk is called ‘M!lk’ Update.

“It annoys me a little bit. I think politicians have a duty to push towards a more sustainable and green society,” says Landeau, who used to work at V-Label. “One of the arguments for the restrictions is that it was confusing for the consumer, but I think it’s quite the opposite: they help consumers make the right choice, especially those who aren’t used to these kinds of products and need clearer signals.”

Read our story on how the plant-based labelling ban is heating up globally.

She remains tight-lipped on the brand’s product line, but confirms that the team is working on a range of milks, including a barista version. While the goal is to first get a taste of the French market and tweak the product as needed, Landeau wants M!lk Update to reach consumers across Europe and Asia.

Update Foods expects to launch its ‘updated’ milk in France within the first quarter of 2021 at the market price. “We really hope to be able to do so from the beginning,” Landeau says of the cost, “because we’d like to be accessible and help attract new consumers [making the transition] to such products.”

Anay Mridul
Anay is the managing editor of The Vegan Review. A journalism graduate from City, University of London, he was a barista for three years, and never shuts up about coffee. He's passionate about coffee, plant-based milk, cooking, eating, veganism, writing about all that, profiling people, and the Oxford Comma. Originally from India, he went vegan in 2020, after attempting (and failing) Veganuary. He believes being environmentally conscious is a basic responsibility, and veganism is the best thing you can do to battle climate change. He gets lost at Whole Foods sometimes.
Previous articleMeatless Farm: Taking animals out of the equation for consumers
Next articleMenus to see a rise in plant-based food post-pandemic, finds study