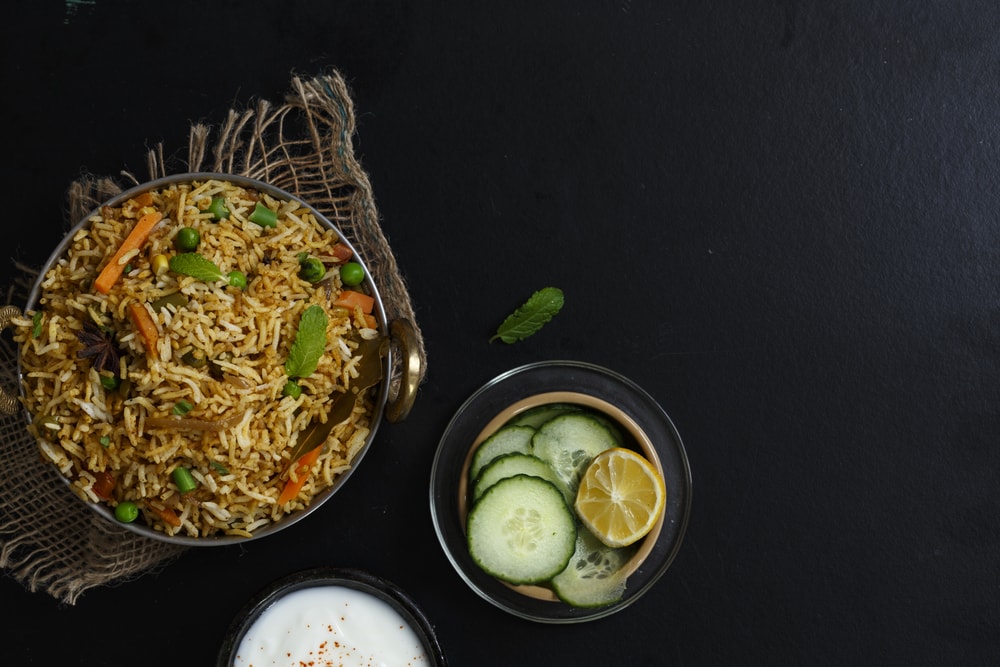 A pedant despises ambiguity in the kitchen. At least that’s how Julian Barnes described his adventures as a new cook with his hilarious writing. For him, eyeballed proportions in cookbooks were nightmarish; for other pedantic cooks, nomenclature felt irksome — after all every preparation is different and each has a separate title. Panna cotta is not bavarois, a pinto bean salsa isn’t what your mom rounds off as rajma, and veg biryani is not pulao.

Anubhav Sapra, founder of Delhi Food Walks, is a culinary storyteller who travels across the country in search of the best street foods. He tells me about the diversity of rice dishes in North India, particularly biryani, pulao and tehri.

A traditional pot of biryani is made by layering rice and meat. The dish travelled to Mughal India with Persians and is almost always more heavily spiced than pulao or pilaf, a close Middle Eastern cousin. Biryani has many origin stories — legend says it was a dish made using leftovers to feed a large number of people; another story talks about it being an exclusive meal for the posh nobility.

But there’s no doubt that the inventors of these recipes were the Nawabs who adapted biryani to their tastes. Some threw in dry fruits, others sugar, jaggery or a combination of spices. What remained common was large portions of sautéed meat and a lot of richness in flavour.

For Sapra, there’s no single story of how a dish came to be. Instead of tracing origin stories, he takes an interest in exploring variations of the same food and vlogs about it.

He shares the story of his most surprising find — a Zaffrabad street food vendor with three pots labelled ‘biryani’, ‘pulao’ and ‘tehri’. It becomes surprising to find differentiated pots because the nature of these dishes is overlapping. “When you’re on the street, technicalities are lost and everything becomes biryani,” he says, laughing.

“There are two different ways of making biryani. One is kacchhi (raw) biryani and the other is pakki (pre-cooked) biryani.” He recalls his visit to Hyderabad, where the kacchi biryani method is predominantly used. For this, marinated meat is layered with pre-soaked rice and cooked in a single pot.

The pakki biryani method is a characteristic of Delhi biryani. “If you go to old Delhi, the most famous biryani shop is Taufiq’s. In a day he sells 15-16 degs [large aluminium pots].” Sapra explains that aside from the layering process, both rice and meat are precooked almost all the way through in a handi, sealed using a dum technique. What gives this biryani a distinctive character is the added colour from harsingar (night jasmine) and flavour of achaar (pickle) and oil.

Pulao, as he explains, is a rice preparation milder than biryani, often made in a single pot requiring no layering. For him, what gives pulao a unique characteristic is that the rice is cooked in the vegetable or meat stock. It does use a partial absorption method but some water may be drained after the rice cooks and can have meat and dry fruits too. Tone a pulao down and you get tehri or tahiri.

An Awadhi staple that Sapra and I have both grown up eating, tehri is a rice preparation often confused with pulao. He describes it as “mildly spiced yellow rice cooked with potatoes, turmeric and cumin, cooked using an absorption method”. Tehri is always vegetarian and, if not for a spoon of ghee, vegan.

When asked about vegetarian biryani, Sapra says he wouldn’t prefer eating it as biryani’s hallmark flavour comes from meat. However, he points towards a thin line that lies between these definitions. Owing to the diversity in taste preferences, ingredients available and cooking styles, what is pulao for someone is biryani for the other. He tells me that Lucknow biryani is made by cooking rice in meat stock and layering other elements later. But yakhni pulao is made in almost the same manner and now restaurateurs and street vendors engage in long, futile debates over the right title. 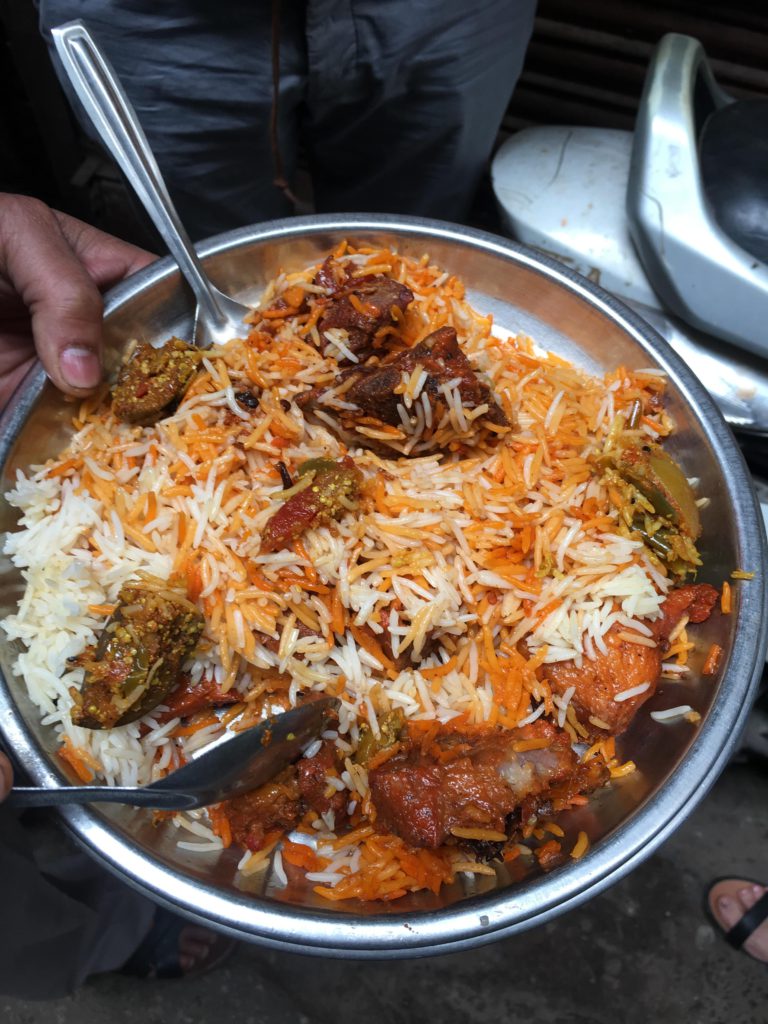 Similarly, an elaborate pulao preparation in a single pot is the same as Hyderabad’s kacchi biryani method. Though the difference lies in the use of spices here.

“At least once a year you go on Twitter to witness a debate where someone says vegetarian biryani does not exist, it is just pulao. There’s a very thin line between what is what.” He hesitantly admits that he does not prefer vegetarian biryani but goes on to acknowledge the various ways any dish can be altered to suit oneself. Some people characterise biryani for its richness with spices and the layering method, others say the meat stock is what makes a rice dish biryani. Personal preferences aside, for him, the idea of vegan or vegetarian biryani is not earth-shattering. “Food keeps on evolving.”

And I agree. Biryani could be different from pulao for a number of reasons. There’s no universal way to differentiate what’s pulao and what’s biryani. “There is nothing called ‘authentic’ when it comes to food,” he says. The adaptability of food is what makes it fun. Jackfruit as a meat alternative might be revolting for some but a very decent substitute that differentiates veg biryani from pulao.

Vegan or vegetarian biryani totally is a thing. I don’t say it to take a neutral stance or dismiss the argument on a do-as-you-please note, even though unearthing technicalities of naming here is to pick salt out of sand. I say it because my personal understanding of food labelling lies in the way I cook and consume flavours.

There’s no need to be uptight. The cultural commotion might result in ambiguity, but the pedant in the kitchen is now polished and can move from being frustrated over nomenclature to adapting foods to feed everyone well.

Muskaan Gupta
Muskaan is a history undergraduate at Lady Shri Ram College, New Delhi. Having grown up in different cities in India, she is passionate about food and culture. When she's not experimenting in the kitchen, you can find her invested in films and music. She is always looking for new things to do, is interested in studying food history and juggles between her love for filmmaking, writing and knowing the quirks of the world.
Previous articleVegan Tehri recipe (it’s not pulao)
Next articleExclusive: Quorn wants 2021 to be the year of solutions