Vegan activist Jackie Norman: ‘Just being vegan is not enough’ 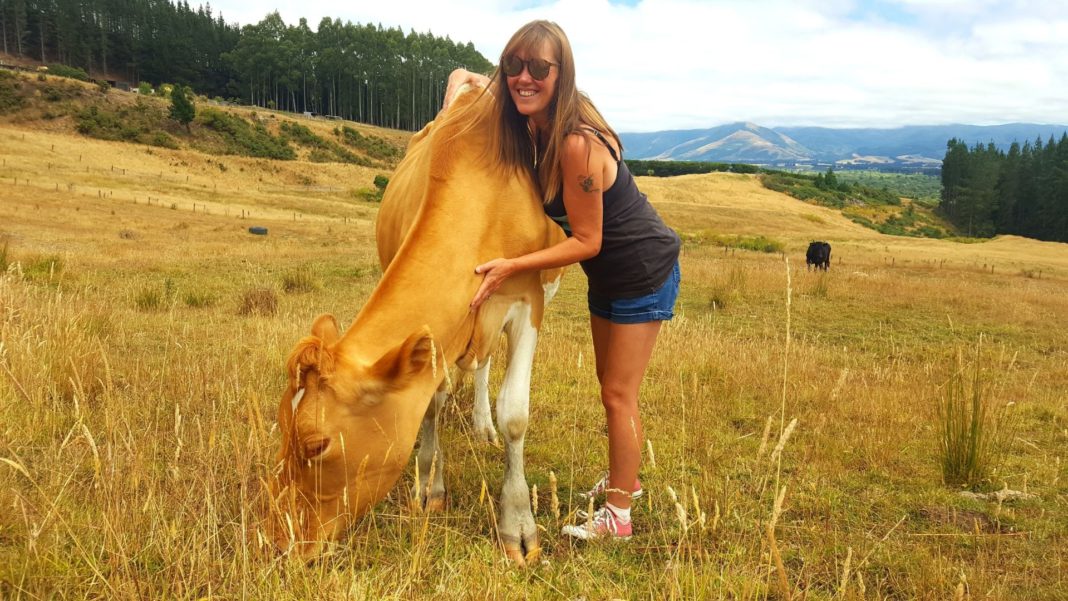 Vegan FTA’s Jackie Norman on giving up on the dairy industry, giving evidence in parliament, and the misconceptions around vegan activism.

Jackie Norman knows what it’s like to have a child taken from you. Her first son passed away two days old. “To go through that once,” she says, “is the most horrendous thing. It’s not something you ever get over.” Yet, we do that to cows time and again, she adds. “And there’s absolutely nothing they can do about it.”

This was her argument in the Australian parliament earlier this month. The former dairy farmer was representing the Animal Justice Party in an inquiry into the sustainability of the dairy industry. “There’s a perception that cows only get to live for five years, but that isn’t the case. When I was farming, there were a lot of cows that were 10 years old,” she recalls. “Some were 16. That meant she’d given birth and had the babies taken 14 times.”

While the authorities in Australia ponder the case leading up to the second hearing in February, Norman continues to fight for animal rights back home in New Zealand. She’s been there for 29 years, but grew up in the tiny village of Selborne in Hampshire, England. She describes herself as “more Kiwi, but English still”.

Back when she was 19, she ran off with the Kiwi barman from her local pub, whose family were dairy farmers. So she spontaneously fell into the profession, her first job. At the time, she found it green and wholesome. She was living the dream, “Old McDonald and all that”.

Norman says it took her time to “make the connection”. It was easier with meat and death. “But because I was milking cows, petting, singing and chatting away to them, I didn’t realise that I was harming them.” Maybe it was because she never consumed dairy in a big way, having been lactose intolerant since birth. (She’d been vegetarian since 13, having learnt about vivisection and animal testing in school.)

“There were a lot of things I hated about farming,” recalls the ex-dairy farmer. “I thought the dairy cows’ life was pretty miserable. I’d cry a lot on the farm, but I was always just told that’s the way it is.” Where there’s life, there’s death, and it’s all part of the cycle, she was told. “I won’t lie,” she says, “there’s a macho culture in New Zealand. We’re quite behind the times in the way we view things. It wasn’t really until the farm was sold that I left the industry.” 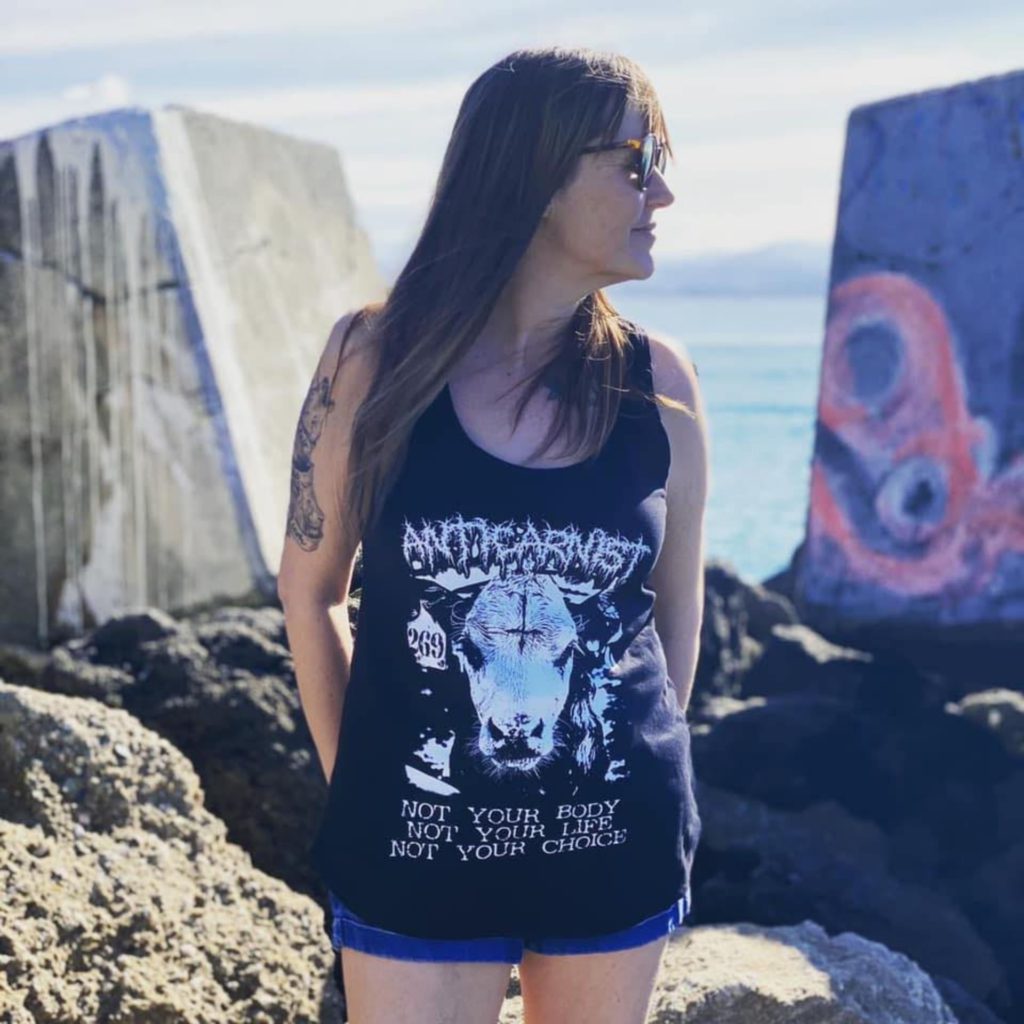 That was in 2013, four years before she went vegan. It was when one of her sons’ girlfriends, who was vegan, came to stay with them that sowed the seed of interest for Norman. “It was something I’d wanted to do but thought was very extreme,” she tells me.

Soon, she was living on the road with her now-husband, Gareth Scurr. One of her friends had been vegan for 25 years, always posting stuff about the cruelty of the animal agriculture industry. “I’d be like: I really like her, but she’s ruining my day with this stuff. I don’t want to see this.’” Now, however, she thinks: “‘Oh my goodness!’ Because that’s exactly what I do.”

Norman has been a freelance writer for two decades now. That friend of hers posted a petition about pigs on Facebook. She was shocked to see what was happening in her country, and realised there was no way she could continue contributing to animal exploitation. “So,” she says, “I literally went vegan on the spot.”

Her husband was very supportive, but assured he would never make the transition himself. “He went vegan five days later,” Norman tells me. And now, they both work at Vegan FTA, a team of vegan activists fighting ‘for the animals’.

She’s been writing and campaigning for the organisation since early 2019. She initially made a video about what it’s like taking cows away from their mothers. She and Shurr, a filmmaker, shot it in one of New Zealand’s most rural areas, and she was terrified. They changed her voice and blocked out her face. The result? “Graphic threats of death and violence against me.”

But the 47-year-old says she’s gotten braver over the years. Inspired by the James Aspeys and Earthling Eds of the world, she figured her two decades of experience as a dairy farmer meant she had to speak out. She also contracted a chronic illness, which confined her to the bed for seven months. “I wanted to be more active in the movement, but there were many days I couldn’t get out of bed. All I could do was write.”

And write she did. While she now has two books under her belt, she was initially volunteering for Vegan FTA. The non-profit didn’t have an advertising budget at the time. Its founder, Sarah Johnson, gave up her soy lattes, saving 15 dollars a week and putting every spare bit of dime to push the activist group forward. It’s been growing ever since.

“We teach people how to be activists,” says Norman, who never thought she’d be one herself. “I thought they were those angry vegans. But I strongly feel that just being vegan is not enough. If we don’t share what we know, it’s like we’re taking a step backwards.

“People think Facebook posts don’t work. I’m proof that they do — it was a pig petition that turned me vegan. Who wants to like things about animal abuse? It doesn’t mean they don’t sink in.” 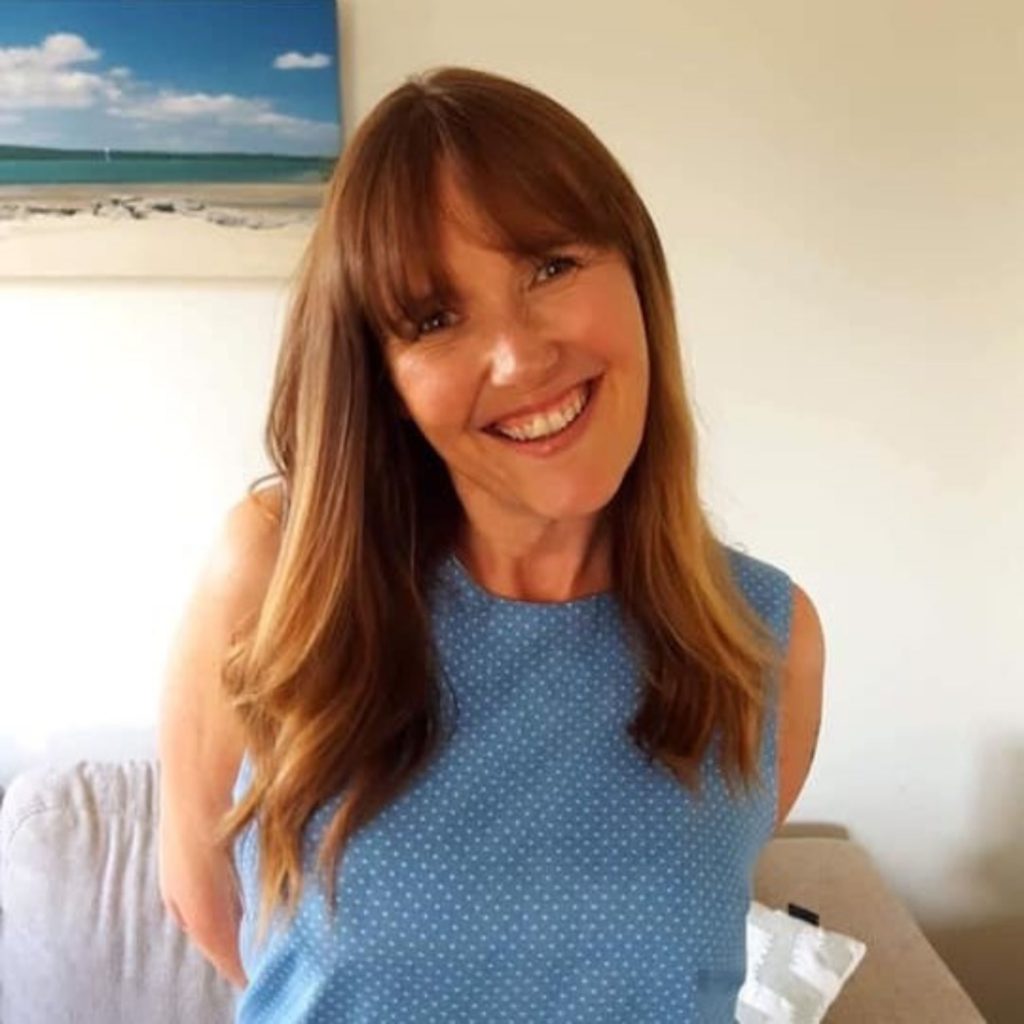 She’s had many highlights working for Vegan FTA. Back when New Zealand was in lockdown, the organisation started an activist series. She and her husband reached out to big names (“You don’t ask, you don’t get”). And they ended up interviewing people like Patrick Baboumian, Joey Carbstrong and Paul Watson. “These people light a fire in you,” says Norman. “[The series] is to showcase all the different forms of activism there are that people may not have thought of.”

One of those forms, of course, is politics. Norman reiterates that New Zealand is “a little bit backward in our approach and views on things. We’re a very chauvinistic country.” Being a small nation, she explains it prides itself on hunting, gathering and feeding the family. “New Zealand spends billions of dollars on the dairy industry so they don’t pollute some of our favourite tourist lakes. 40 million dollars a year goes into not polluting one lake alone.”

Speaking of her work with the Animal Justice Party, she adds: “Many people were saying in the hearing they needed more money, they needed the government to subsidise this and help them with that. But we’re already spending more on propping up the industry than what it even earns; it’s absolute insanity. Look at where that kind of money can be put to use.”

The activist says that while the vegans-are-weak perception is still prevalent in New Zealand, the attitude is definitely changing. And she hopes her work with Vegan FTA will help that shift: “We want to do documentaries and mini-series. We want to be out there as much as we can and encourage people to be more active.”

Herself? She wants to be involved in politics. “Do the whole parliament thing and wake people up a bit.”

Anay Mridul
Anay is journalism graduate from City, University of London, he was a barista for three years, and never shuts up about coffee. He's passionate about coffee, plant-based milk, cooking, eating, veganism, writing about all that, profiling people, and the Oxford Comma. Originally from India, he went vegan in 2020, after attempting (and failing) Veganuary. He believes being environmentally conscious is a basic responsibility, and veganism is the best thing you can do to battle climate change. He gets lost at Whole Foods sometimes.
Previous articlePlant-based beauty fanatics need to know: is E.L.F. cruelty-free?
Next articleIs palm oil vegan or simply an environmentalist’s nightmare?