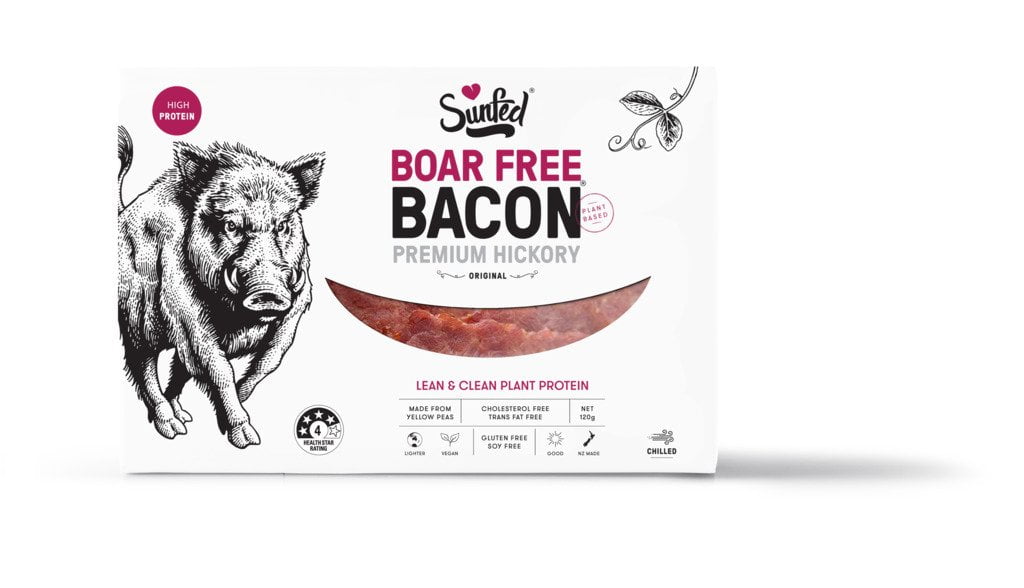 Sunfed Meats, a plant-based meat company, recently launched its vegan version of bacon, Boar-Free Bacon, in New Zealand. Supermarkets are now selling out due to a rise in food and health awareness.

Despite wanting to launch Boar-Free Bacon earlier this year, Covid-19 and supermarkets’ halting of new market entries meant Sunfed Meats was forced to wait. Instead, the vegan bacon made its debut at Meatstock, a traditional music and barbecue event.

Immediately, it was clear the Kiwi population love this classic meat replacement.

“Bacon is a known guilty pleasure for meat-eaters, and we’ve managed to give our Boar-Free Bacon that same sizzle, flavour, smokiness and crunch that regular bacon has,” Sunfed CEO Shama Sukul Lee told FoodNavigator. This feature of being a “guilty pleasure” that humans can’t get enough of is where their main demand comes from.

However, while production levels have been working at full capacity trying to keep up with the high demand, Sunfed Meats has priced this product higher than most bacon: US$5.53. Lee believes the additional factor of being healthier than the original meat version means this is a competitive price.

“Covid-19 has led people to be much more conscious and aware of the risks that their food can bring, especially with no one wanting to fall sick during this time,” she stated. Made from water, pea protein and olive oil, with added fermented rice to give it that red bacon-y colouring; the Boar-Free Bacon completely plant-based. Eventually, the CEO hopes to give everyone access to her product, lowering the price even more competitively.

Boar-Free Bacon acquires its meaty texture from cross-linking fibres in protein using thorough water-based technology processes. This feature was especially important in targeting those who find it difficult to cut down their meat consumption.

“We had to make sure that the Boar-Free Bacon provides exactly the same experience as regular bacon. So as to give consumers a better choice that has clean ingredients and no E numbers – if both are side by side on a supermarket shelf. I have faith that they will choose the option that is better for them,” Lee said.

The company aims to hit the Asian and Australian markets in the coming months. But it is currently dealing with keeping up with demand in its home country. But Lee hopes to reach an international scale of production very soon.

“The old system of protein production is an existential risk to the world. As factory farms are really the perfect places for viruses to mutate quickly. So, we want to offer a better choice against that,” she said.

Olivia Rafferty
Olivia is the Assistant Editor of The Vegan Review. An aspiring Middle Eastern correspondent currently studying journalism at City, University of London, she is passionate about the planet, she believes veganism is the first step to solving the complexities of climate change.
Previous articleAlternative Awards: New programme opens submissions for sustainable food
Next articleLoryma’s new wheat-based binding system improves authenticity of plant-based meat