Vegan bodybuilders: beefing up without kowtowing to the meat industry

Vegan bodybuilders are bringing a new level of conscious fitness to the game and the only thing they’re killing for gains are their personal bests.

Once the last word in anti-vegan banter, jokes about protein deficiency have long been considered out of vogue, unfunny and, frankly, lazy. There is one demographic that still seems to be battling against them, however — vegan bodybuilders.

Elite athletes that dedicate every facet of their lives to training, making the right gains and doing so without compromising their ethics, vegans that lift should be considered living proof that protein doesn’t have to come from animal products.

So why do they keep having to drive the point home? Because of outdated but ingrained stereotypes and a lack of education. But the macros don’t lie and with respected names now revealing they don’t struggle to get anywhere up to 180g of protein per day from plants, things are set to change.

Let’s raise the bar and talk about bodybuilding as an inclusive, disciplined undertaking that doesn’t depend on where ‘bros’ get their protein from. Because there are plenty of athletes proving that meat doesn’t mean manly and that bodybuilding isn’t a boys-only sport.

How do vegan bodybuilders get enough protein?

The same way as all non-vegan athletes, funnily enough; through a balanced diet, effective meal planning and prepping, and appropriate supplements. A vegan lifestyle and diet plan is just as suitable for supporting the muscle mass development and training schedules of professional bodybuilders as one centred around meat, while also having some distinct advantages.

Where meat-based protein necessarily comes with a side order of fat and cholesterol, healthy vegan protein, found in tofu, tempeh, nuts, chickpeas and numerous other sources, negates the negatives. Some might refer to these alternatives as ‘clean proteins’.

To supplement a regular diet, vegan protein shakes and bars can be brought in to ensure enough energy for intensive training periods. 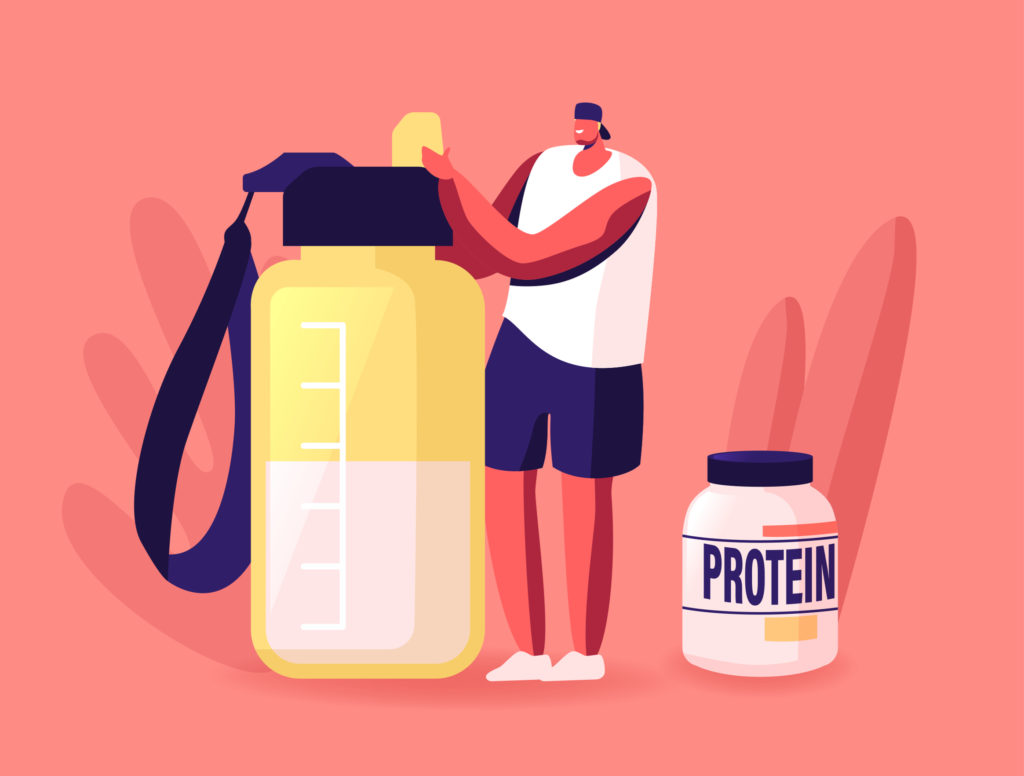 No, why would it be? Nobody blinks at meat-eating bodybuilders topping up their tanks with a beef isolate shake, so what’s the problem with a soy, hemp or pea-based protein drink? It all comes down to the inherent bias against plant-based athletes.

You see a vegan bodybuilder enjoying a protein shake and some people assume they need it because the bean sprouts they ate for lunch just aren’t cutting it. Not true. They are simply following a strict training and nutrition regime and getting the extra protein they need in an efficient way. Conversely, a meat-eater enjoying a protein bar? He’s obviously just crushed a workout, right?

It’s time to change the conversation and stop relying on a division of nutrition. It’s time that vegan bodybuilders are simply thought of as bodybuilders.

Do plant-based athletes measure up to meat-eaters?

The short answer is yes. The longer answer is that of course they do, especially seeing as plenty of the world’s vegan bodybuilders haven’t always eaten a plant-based diet, but have started talking more openly about how they’ve never felt stronger or fitter than they have since ditching animal products. You only have to look at some of the world records held by vegan athletes to understand that eating a plant-based diet is anything but a handicap.

In addition to feeling generally more healthy, many vegan athletes have commented on what they have perceived as a new clarity of mind and increased focus, since turning plant-based.

Who are some famous vegan bodybuilders?

The number of vegans competing in bodybuilding professionally is growing fast. Though it would be impossible to list every single one, the following are definitely worth watching and using for inspiration if you are planning your own foray into lifting.

Wolverine-esque in appearance and vegan for more than a decade, Baboumian is a shining example of veganism and bodybuilding working together. Having won numerous international contests and holding multiple world records for lifting, he was also announced as a PETA ambassador as a way of spreading the message of animal-free living.

On a mission to make everybody ‘rethink protein’, Torre Washington is more than just a competitive athlete, he is a powerhouse of vegan advocacy. Offering training services, nutrition advice and a no-holds-barred approach to re-educating meat-eaters, the only thing more impressive than his passion is his physique.

Hailing from Puerto Rico, Natalie Matthews has evolved from a lifelong sports enthusiast into a serious vegan bodybuilding competitor. Today, she is a professional bikini athlete who continues to tell the world about how overcoming a dairy addiction helped her to get in the best shape — both physically and mentally — of her life.

Something of a rarity, Nimai Delgado has never eaten meat. Not even once. Raised vegetarian by his parents, he made the decision to turn vegan at age 25 and hasn’t looked back. He considers himself a poster child for the fact that you can build muscle without consuming animal products and has become a recognisable face on the professional bodybuilding circuit.

He enjoys the fact that he isn’t simply maintaining a body built on animal protein, but is sculpting his 100% plant-based muscle mass and improving in performance every year.

Can anybody be a bodybuilder?

In theory, yes. The reality is a little more difficult though. Training as a bodybuilder — whether pro or amateur — takes a huge amount of commitment, discipline and sacrifice. On top of the gruelling workouts, there are strict macros to track and dialling everything in takes time too, so patience is essential. Results won’t be instant and this can put people off.

If you are thinking about getting into bodybuilding, you’ll need to consider the following.

Are you going to go to the gym or set up a workout space at home? With the pandemic in full swing, most gyms are closed, leading more bodybuilding advocates to transform spare rooms at home into a comprehensive lifting zone. This is handy and convenient but also costs a lot of money, in comparison to a monthly gym pass. Also, as you progress, you’ll need extra weights and might even want to add some cardio into your routine too, especially if you are planning to enter a ‘cutting’ cycle before a competition. The costs can spiral if you’re not careful.

If you want to get serious about being a vegan bodybuilder you need to get acquainted with the macro breakdown that works best for your body. No two people are identical, which is why even if you follow a 60% carb-20% protein-20% fat split, which is common, the number of calories and grams that equates to will vary for everybody. And even during different parts of the month. When starting out with macro tracking, mobile apps are a good way to stay on top of everything, though this will mean a lot of scanning and inputting of food, which can be tedious.

The best friend of any semi or fully serious athlete, meal prepping will save you time, effort and money. Instead of making each meals as and when, you can whip up a week’s worth of food in one sitting and then simply grab a tub at mealtimes and enjoy. You can even track all the macros ahead of time too. Remember to prep snacks as well as main meals, as that’s where extra calories and fat tend to creep into your diet.

It is always a good idea to find a protein powder that you like and to have it in the cupboard ready for when you need a top-up. There’s nothing worse than a bad tasting, sickly or high fat protein shake that knocks you off your game, and despite what you might think, you don’t have to put up with soy-based protein if you don’t want to. Hemp and pea options have both been shown to be very efficient at building muscle and aiding recovery post-workout.

Don’t miss our look at why pea protein is growing in popularity.

When you look at a sculpted body and marvel at the time and work it must have taken to create it, isn’t there something extra special at play when you find out that no animals were harmed in the process? You can look after and respect your own body, while being kind to others and vegan bodybuilders are here to prove it.

Amy Buxton
Amy is a committed ethical vegan, raising a next generation compassionate human with her husband and their beloved dog, Boo. A freelance writer with a background in PR, she decided to use the COVID lockdown period to refocus her client base and has come to The Vegan Review as a senior writer and editor, before moving into her external content director role. "What we should be doing is working at the job of life itself" is Amy's mantra, courtesy of Tom from The Good Life.
Previous articleStudy reveals striking results when adding climate costs to food prices
Next articleAnti-trophy hunting campaigner Eduardo Gonçalves: ‘All living things have an equal right to walk on this Earth’