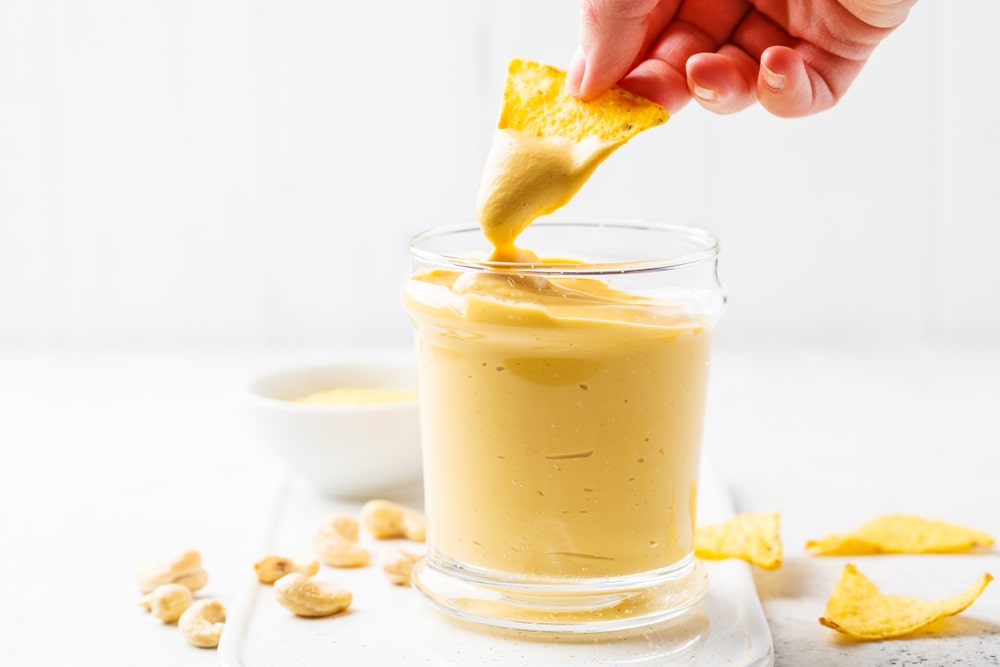 What is it about cheese that is so hard to replicate, and how are vegan companies rising to the challenge of matching the taste and texture of this non-vegan staple to please discerning cheese-lovers?

In a recent UK survey ahead of Veganuary, 56% of adults said their love of cheese was stopping them going vegan. And in a list of 40 foods that Brits would miss if they went plant-based, cheese came top. On the plus side, 39% said they would try more plant-based foods if they couldn’t taste a difference from the non-vegan originals.

Dr Mark Auty is a research principal in food microstructure at Reading Scientific Services Limited (RSSL). He works with food innovators to develop marketable products. He explains that cheese is formed by coagulating casein, a protein found in mammalian milk, with rennet and/or acid.

The main purpose of casein is to deliver calcium to newborn offspring, for their bone development. Rennet was originally derived from a calf’s stomach, but its active enzyme, chymosin, can also be obtained from plants, fungi and more genetically modified microorganisms. Renneted casein is combined with lactic acid bacteria and separates, forming lumps that can be moulded into blocks. 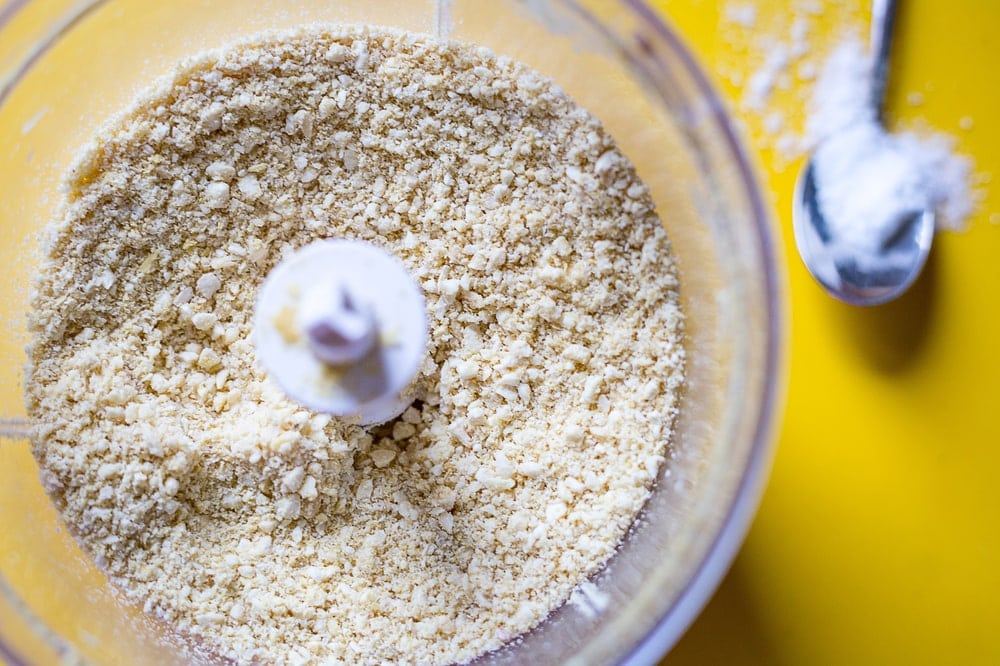 “There is a lot of complicated biochemistry that goes into making cheese. Hard table cheeses like cheddar or gouda are especially difficult to copy,” explains Auty. “You use a starter culture of bacteria to metabolise the milk. The lactose in the milk is broken down into lactones, which create some of the aroma and flavour. You’ve also got enzymes: lipases that break down fats and proteases that break down proteins into a complex ‘soup’ of flavour and aroma compounds. All these things combine to give you that umami, savoury flavour that is difficult to describe but you know it when you taste it.

“The other major challenge is the texture, which is what makes cheese cheesy, the breakdown in the mouth and formation of an emulsion creating a creaminess. It also affects how the flavours are released and is very hard to copy. That is why some vegan cheeses have been described as chalky or pasty.”

Cheddar, which needs to ripen for between a month and a year, is the most difficult cheese to replicate. “In my opinion, vegan options that work well are the ones like feta or cottage cheese, as well as spicy and smoky products with strong flavours, like the smoky Applewood Vegan.”

Applewood Vegan is one of several coconut oil-based products in UK supermarkets, along with Koko Dairy-free Cheddar, Bute Island Sheese and Violife. The latter is a 100% vegan company that has made vegan cheese since the 1990s.

Simon Orchard is UK and Ireland country manager for Violife. He says the brand’s cheddar is one of its bestsellers: “Our multi-award winning Epic Mature Cheddar Flavour block is hugely popular with both plant-based eaters and flexitarians, as it tastes and behaves like the real thing. It grates, melts and slices just like it should. It is one of the category’s top-selling innovations, delivering nearly £1m in value sales in less than a year.” 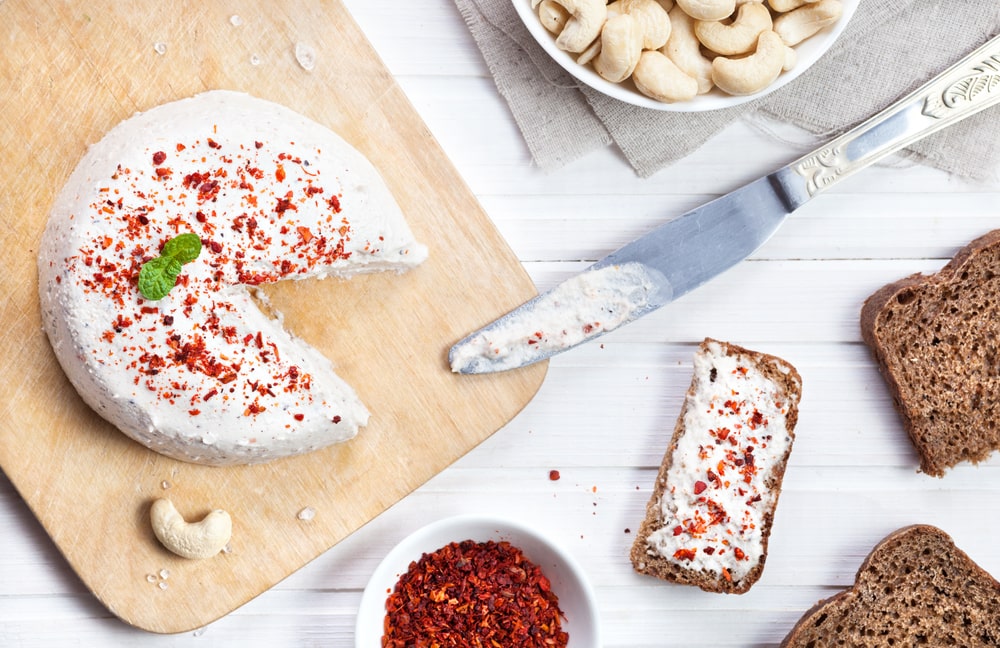 Read our interview with Sumear-Safdar Robins.

Carole Bingley is a senior associate principal scientist at RSSL and works on the research and development of vegan foods. She says there is a gap in the market, which is vegan cheeses that share a similar nutritional profile to dairy ones.

Dairy cheese is protein-based, but many vegan cheeses are more starch and fat-based. It would be good to see more protein-based vegan products. The development of cheese alternatives with a comparable protein content to dairy cheese would be a huge breakthrough in this sector.

Check out how the grandson of an ex-dairy farmer launched Willicroft vegan cheese.

One company leading the way is the’artyvegan, a father and daughter operation in east London. They craft soya beans into Smokey Muenster, Tofucotta, Miso Brie, Melty Mozza and more. Founder Ellora Torchia says: “Customers have been amazed by how melty our cheese is. Any waste soya bean pulp gets put into sourdough bread, as being low waste is really important to us.”

She adds: We encourage people to bring their own containers and we use Grounded Packaging, who check that their materials are home compostable. We are experimenting with using locally grown legumes instead of soya beans as this will reduce our carbon footprint further. The main challenge for us now is scaling up, but we are excited and are opening a second zero-waste shop in Islington, and we are doing nationwide deliveries.”

Bingley predicts the next innovation will be the use of whey protein and casein produced through fermentation, enabling vegan cheese alternatives to more closely match dairy. She says: “There is a huge amount of innovation in cell-cultured and fermented proteins. Proteins produced through fermentation will allow vegan cheese to better replicate the flavour, texture and nutritional profile of dairy cheese. In the US, microbial fermentation is getting a lot of investment and I think we will see more products coming to market in the next few years.”

Read our conversation with the father-daughter duo behind the’artyvegan.

Bingley also forecasts a growth in products that don’t mimic cheese but fill the same space on the plate. “We are working on vegetable-based foods that can be used in a sandwich or as a topping, where we are not trying to recreate cheese but making something that does the same job.” 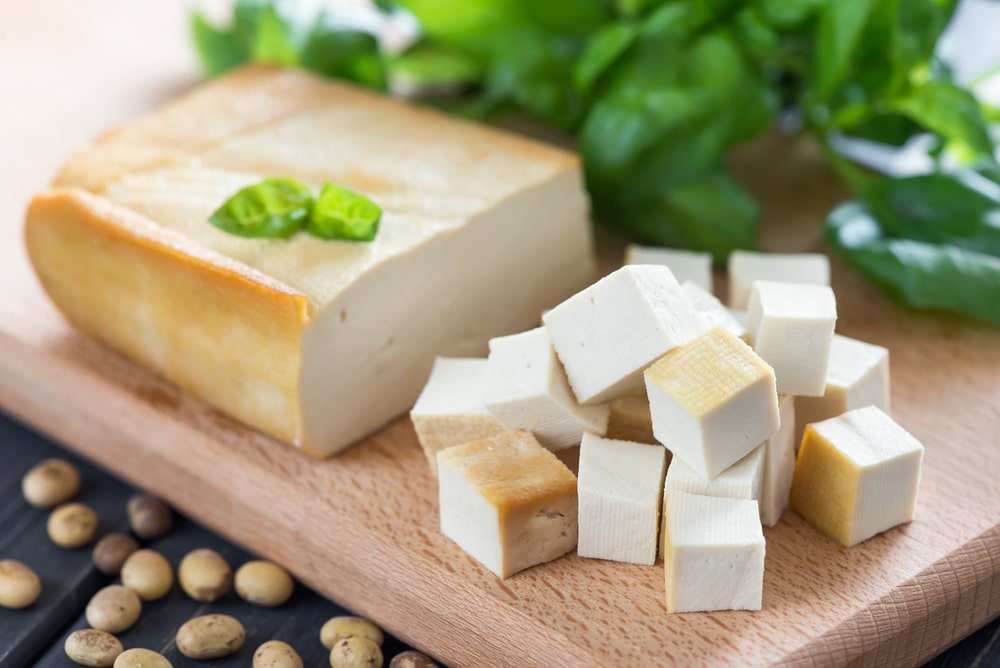 Animal-free milk proteins are already being produced by the Perfect Day company in California. With partners, it has launched an ice cream and will soon launch a cream cheese. Nikki Briggs, Perfect Day’s vice-president of corporate communications says it’s a new category in the market, which appeals to both dairy lovers and plant-based fans.

“Using microflora, we make animal-free milk proteins — casein and whey — that are nutritionally identical to those in cow’s milk,” she explains. “Perfect Day guides its microflora to act like a cow by giving it a special ‘blueprint’ that allows tiny organisms to ferment sugar and create real dairy proteins. It is the same safe, well-established technology used to make vitamins and probiotics.”

She adds: “Because the proteins are identical to those in cow’s milk, they deliver the same creamy, melty, silky taste and texture of conventional dairy. The next thing we’re bringing to market is cream cheese, and we’re looking at more options in the dairy aisle including cheese, yoghurt, milk, and butter.”

Explore our Ultimate Guide to vegan cheese in the UK.