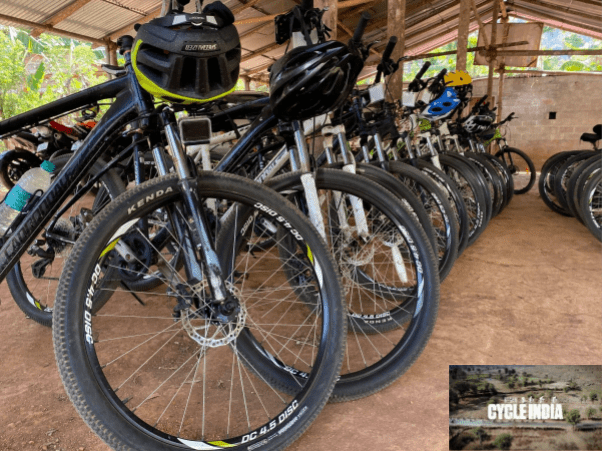 In February, 46 vegan cyclists represented Veganuary in India. They each attempted a 300km cycle ride in scorching heat of up to 38°C in the mountainous region of Kerala over six days. There were lots of climbs and descents involved with the challenge. It was originally planned to be a little longer (392km) but because of severe heat warnings it was reduced for safety reasons.

Each participant committed to raising £1000 for Veganuary and they all had their personal motivations for taking it on. Some did it to prove how easy it is to be strong and fit as a vegan, others to help spread the vegan message and share their love for the animals and the environment. 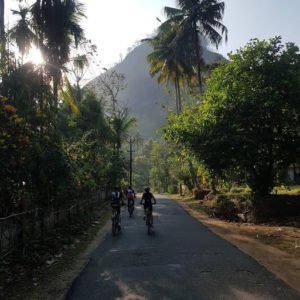 The cycle India ride followed on from the success of the 2019 version of the event. This year, however, Veganuary held it over two weeks because of increased interest and to maximise the fundraising opportunity. Simply put, the more cyclists that could get behind it the more money that could be raised. As such there was two groups, one on each week. They raised a total of £49,509.86 through their efforts which was then doubled by an anonymous donor.

The work Veganuary do is focused directly on ushering in a vegan world, and the money raised during the cycle India ride will help them to reach more people in countries that have not yet considered veganism as an option. Through their work, they support and inspire people to take on the lifestyle, not just for January, but for the entire year and beyond. There are more vegan options because of their work, and veganism has become more visible and accessible through their work with media and advertisement. All in all, the money will be put to great use to help them promote the vegan future we are all striving for.

Veganuary broke down the potential of the fundraising opportunity on their JustGiving page for the event:

“It costs us around £2 to reach out and persuade someone to try going vegan. So, if we fill all spaces available on our fundraising trip. The funds raised could be used to persuade around 40,000 people to try vegan for a month.

According to the Vegan Calculator, just one person going vegan for one month saves 33,000 gallons of water, 900 square feet of forest, 600 pounds of CO2 and 30 animal lives.

So if each of the 40,000 people who try vegan with us thanks to our cyclists were to stay vegan for a full month. Our cyclist could potentially save: 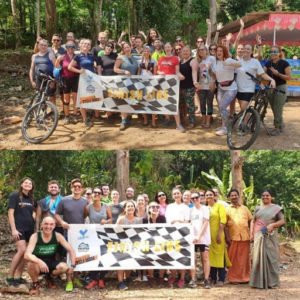 Veganuary smashed these initial expectations and beat their fundraising goals quite considerably. The group on the first week even made it into the local news platform Kerala Kaumudi through their efforts.

The cycle India ride and the money raised will have a hugely positive impact. And it also has the potential to inspire others to take on similar challenges.

Are you considering turning vegan? Do you want to find out more about Veganuary? You can sign up to Veganuary here.

If you want to find out more about Veganuary’s mission you can do so here.