Travelling the globe for a vegan partner: ‘What’s the worst that could happen?’ 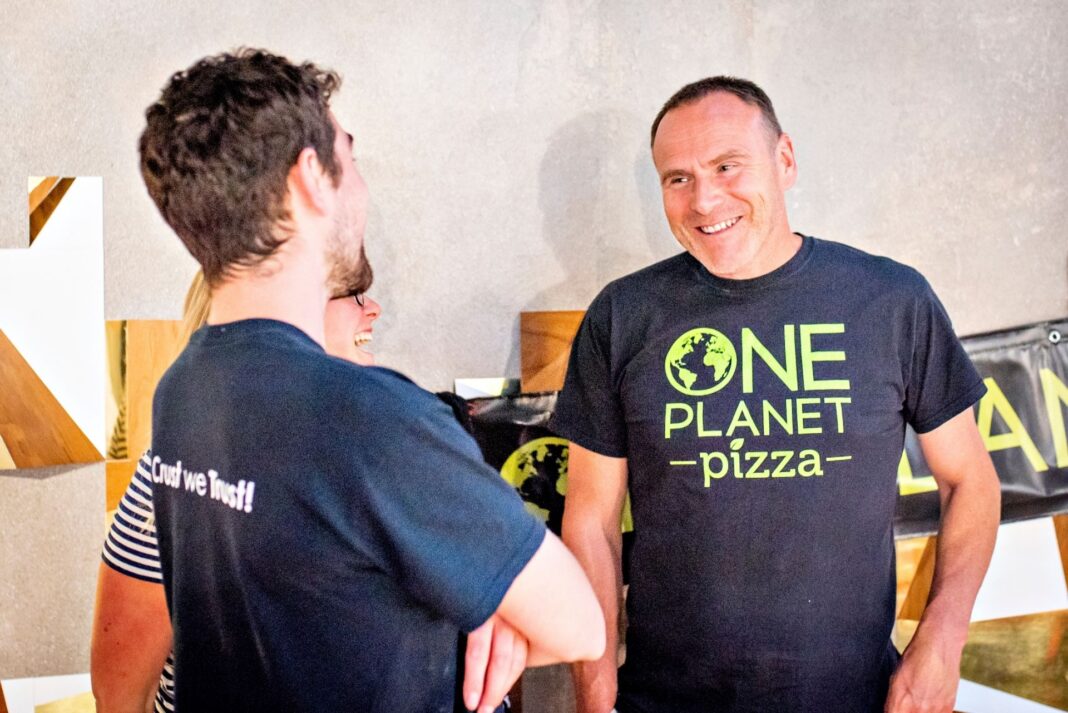 “Look, Cheryl, I don’t think I can be married to someone who eats meat.” Four weeks into their marriage, Mike Hill said this to his wife when she ate a plate of meatballs in front of him. The two were on holiday in Columbia following a month full of romance: a proposal in the UK followed by an impromptu marriage on a Floridian beach at sunset. But reality soon struck Hill when he realised he couldn’t keep dating a meat-eater. So he broke things off.

Research has found that over 60% of vegans dream of finding a vegan partner. Though many relationships have proven to work with compromises, research also shows vegans and meat-eaters tend to have the most short-lived affairs.

Following 25 years of marriage, Mike Hill embarked on a journey to find his perfect partner. 13 years and several meat-eaters, vegans and vegetarians later, Hill believes veganism should be as core to his partner as it is to him: “When it’s part of your soul for so long, it just becomes a bit of a deal-breaker.”

How far would you travel for love?

When Hill first got divorced, moving out and having a house the way he wanted felt refreshing and exciting. With two ironman races and vegan frozen pizza business One Planet Pizza up his sleeve, Hill was already successful and accomplished. So throwing himself into the vegan dating scene was just another challenge.

“I opened up the whole world to find the right person,” says Hill, smiling. Despite not having a lot of experience — having launched straight into a marriage at the age of 21 — the entrepreneur travelled across the globe, covering the likes of America, Australia, New Zealand, Thailand and Russia.

Many of his dates were a product of apps like Veggly, and websites like Spiritual Singles, where plant-based people and individuals who share similar views on the planet can connect to find love.

Many dates down the line, Hill believes dates with vegans have not only been easier for him, but for non-vegans too. Restaurant meals — where he was expected to pay — or supermarket shopping when things got more serious proved lifestyle choices really could come between two people in love.

Despite trying to resolve things with conversation, not everyone really understood. “It’s not about me forcing you to be vegan; I just don’t want to use my money or resources to support something that isn’t vegan,” he found himself saying. Vegetarians and omnivore partners often misunderstood his morals, thinking it was all “a bit silly”. One partner Hill was living with even snuck dairy into the house when she thought he wasn’t looking.

But the biggest barrier Hill has found thus far has been the way he feels around people who eat meat, and sometimes dairy and eggs too. “I just don’t find it attractive,” he explains. “Once you eat meat and dairy, it affects the energy of a person.” Today, being vegan will have to be the first box anyone ticks for him. 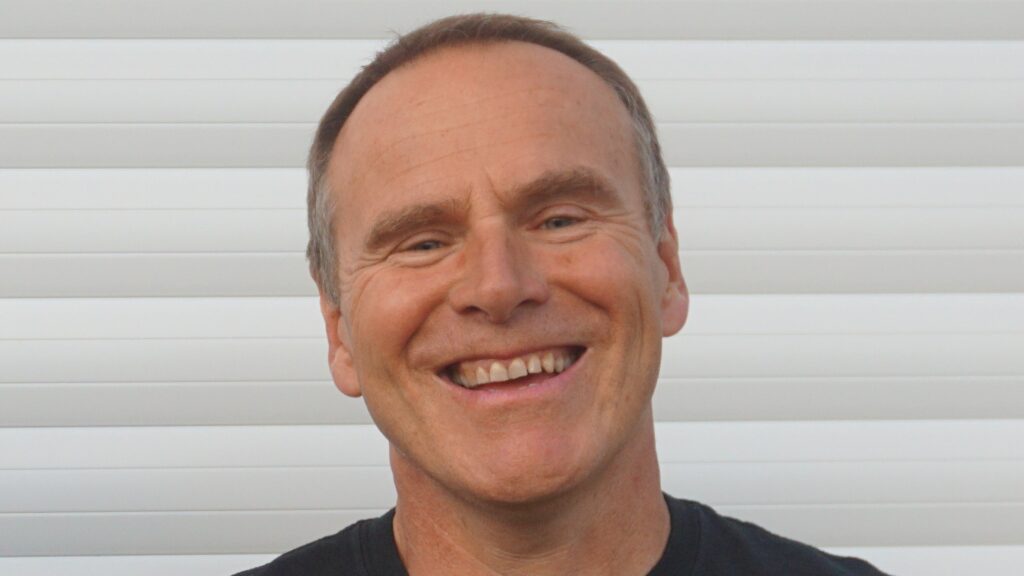 The root of the problem

Though there are more female than male vegans, his plant-based lifestyle and age have made Hill’s dating selection increasingly narrower. But he stands by his choice. “Some might think they’ll never meet anyone unless they are flexible,” he says. “It’s a big dilemma — some vegans can live with it but I can’t.

“There is this issue of accepting other people and not rushing, everyone should go at their own pace,” the businessman says on stopping animal consumption. But he questions why animal abuse is not treated the same as human abuse. “We wouldn’t accept it. We wouldn’t say: ‘Oh, it’s alright, you’ll get there eventually, I don’t mind watching while you do.’”

Online, Hill speaks of the accounts he has found entailing “If you’re vegan, don’t come near me” in their bio lines. Laughing, he sees no harm in this, believing some non-vegans don’t want to commit to dating a vegan because they might constantly feel judged. And in a relationship, when people are at their most vulnerable, that’s the last thing they want.

Personally, the entrepreneur has always preferred meeting people in person — making for an interesting story and an “unscripted” start to a relationship. But nowadays, especially in light of Covid-19, apps and websites are the only choice he has. “Unless you go to events, you have no alternative. You have this big filter that no one else has,” he adds.

Unfortunately, like every online dating experience, a conversation on text doesn’t assure a successful first date. And despite being blatantly vegan, Hill recounts the couple of times women have sat and eaten meat in front of him, without even asking him whether it bothered him. “It’s really interesting the extent of how much we expect some respect,” he comments. Eating meat on a first date was only a taste of the types of people that Hill was soon to narrate.

‘What’s the worst that could happen?’

“I like going on holiday by myself, and my attitude is always: ‘What’s the worst that could happen?’” says Hill on the many international trips he has taken to find ‘the one’. But even after his meatball marriage breakdown with Cheryl the vegan had yet to recount his worst dating experience.

After connecting with an American online, their first date was two weeks in Bermuda, a wholesome adventure that led to talks of marriage and settling down together. Hill was then invited back to her home in Vermont, a timber hut in the mountains.

The first few days were blissful, but a change in energy while they were out walking soon shifted everything. “We got home and she started burning incense, telling me she didn’t want to sleep in the same room as me, and I found that a little strange. The next morning I took her dog for a walk, and when I got back an hour later she started shouting at me, accusing me of stealing her dog, and telling me her ex-husband had called the police.”

Kicked out of the house in the middle of nowhere, Hill had to walk, hitchhike and catch a flight home. “We never spoke again, I think it was just all too much for her,” he concludes.

It’s not all bad in the vegan dating world, though. On his way to Florida a few years ago, the entrepreneur had a stopover in New York. On a tour bus in the city, he met Claudia from Santiago. They spent four days together, and he went back to visit her in Chile some months later. The couple soon broke things off, but not for reasons related to veganism.

After 25 years of compromise in a marriage with a non-vegan, Mike has had 13 years full of dating adventures. He believes being 18 and vegan today probably would have been a lot easier though, and given the chance, he would have raised his family vegan too.

“I really believe the best way to raise children is on a vegan diet,” he says, “but two of my three children are now vegan, so I don’t think that’s a bad outcome.” He is positive that he will find the perfect partner too. And is willing to keep scouting apps and travelling the world if it means he’ll find vegan love one day soon.

Olivia Rafferty
Olivia is the Assistant Editor of The Vegan Review. An aspiring Middle Eastern correspondent currently studying journalism at City, University of London, she is passionate about the planet, she believes veganism is the first step to solving the complexities of climate change.
Previous articleExclusive: International Vegan Film Festival founder Shawn Stratton on going virtual
Next articleCafe Van Gogh: A vegan, non-profit eatery with a social mission