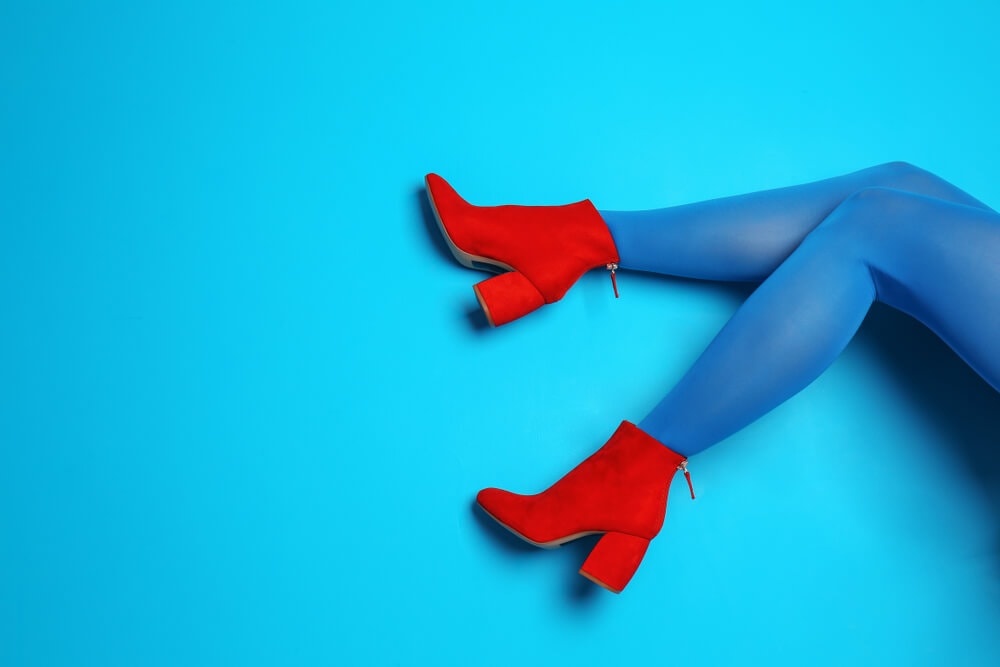 The world of high fashion has rarely been thought of as a paradigm of cruelty-free motivations, but thanks to a rising number of ethical companies, vegan designer shoes are no longer hard to find.

When you think about the fashion industry, do the words eco-friendly, cruelty-free and vegan immediately spring to mind? Probably not, but in line with an increase in demand for ethical leather alternatives, there are more vegan shoe brands releasing high-end collections than ever before.

What makes finding vegan-friendly fashion brands so difficult? The lingering assumption that for items to be considered as ‘statement’ or investment pieces, they need to be made from expensive and, traditionally, animal-based materials. The leather industry has profited from this outmoded stereotype for years, with leather, suede and hides all being used for various clothing applications, with shoes being particularly prevalent. It doesn’t have to be this way though.

Today, there are plenty of vegan options that can be used in place of animal-derived materials. From organic cotton for summer shoes and trainers through to vegan leather that’s perfect for ethical winter boots, vegan footwear has come a long way and has reduced the environmental impact of part of the fashion industry too.

From high street to high fashion 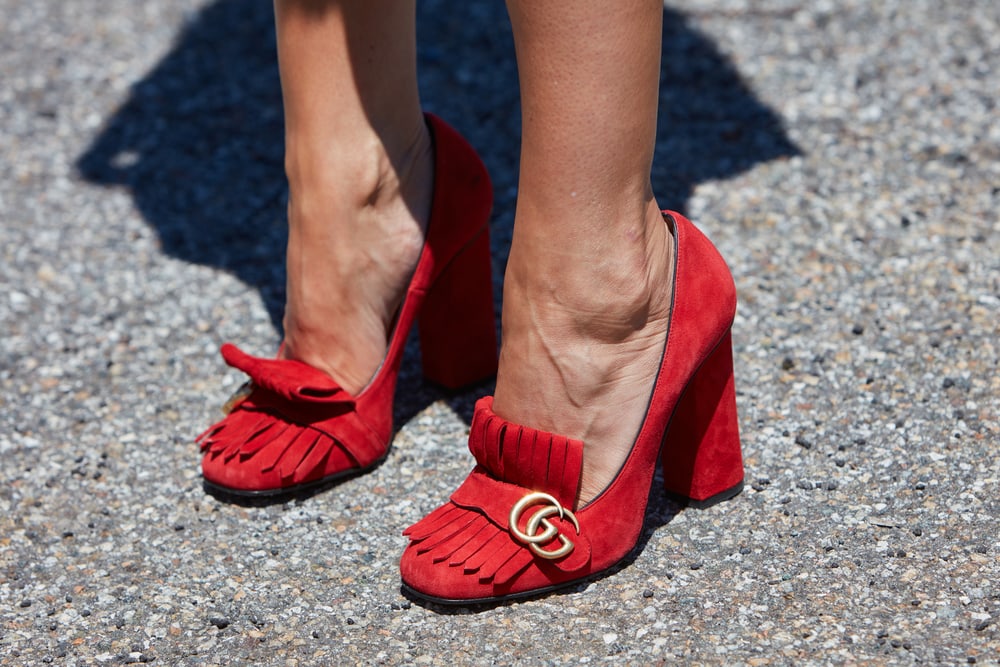 Vegan-friendly shoes have long been available on the high street, but they rarely tick the sustainable fashion box as well. Often made from cheap, plastic-based materials that can’t be recycled and take a lot of energy and chemicals to produce, they are a stop-gap for many until quality luxury shoes that are animal-free can be invested in. Saying that, even some high street brands are expensive, with Doc Martens being a prime example.

Now, designers are recognising a growing demand for animal-free footwear options and some exciting new releases, from existing and fresh companies, are hitting the market.

Vegan designer shoes to look out for

Which vegan fashion brands should you know about and what price range do they fall into? This is a big topic, but to make things nice and simple, we’ve pulled together our go-to choices that cover everything from luxury vegan shoes to everyday ethical footwear that won’t cost a bomb or the planet.

All footwear sold by Stella McCartney is cruelty-free and made from non-leather materials. Vegan boots, brogues and trainers can all be selected, many of which also contain recycled rubber as part of the sole composition. Buyer beware that this is an exceptionally high-end option, with nothing costing less than £230.

On a mission to veganise as many closets as possible, Veerah showcases a wide range of shoes that aim to bring sustainability into the world of high fashion. From striking ballet flats to eye-catching heels, thought has been put into creating an inclusive range that is made of surprising materials. Recycled plastic, apples and algae are all utilised and prices start from around $150 for sale items.

Asking customers to make a positive choice, Will’s Vegan Shoes is a UK company that has a keen eye for current and classic styles, catering to men, women and kids too. Styles tend to cost around the £100 mark, making them a good everyday option and packaging and delivery has been considered too. Fully recyclable paper and cardboard packaging are used and delivery is fulfilled as part of a plastic-free and carbon-neutral supply chain.

A street-style fashion company with a sustainable and vegan twist, Humans Are Vain is a Swedish enterprise that specialises in chic sneakers that enjoy no compromise in quality for ditching leather. Understated branding and simple styles make these trainers timeless, making the £100-130 price range easier to stomach.

Don’t miss our profile on Humans Are Vain for more insight into its ethical foundations. 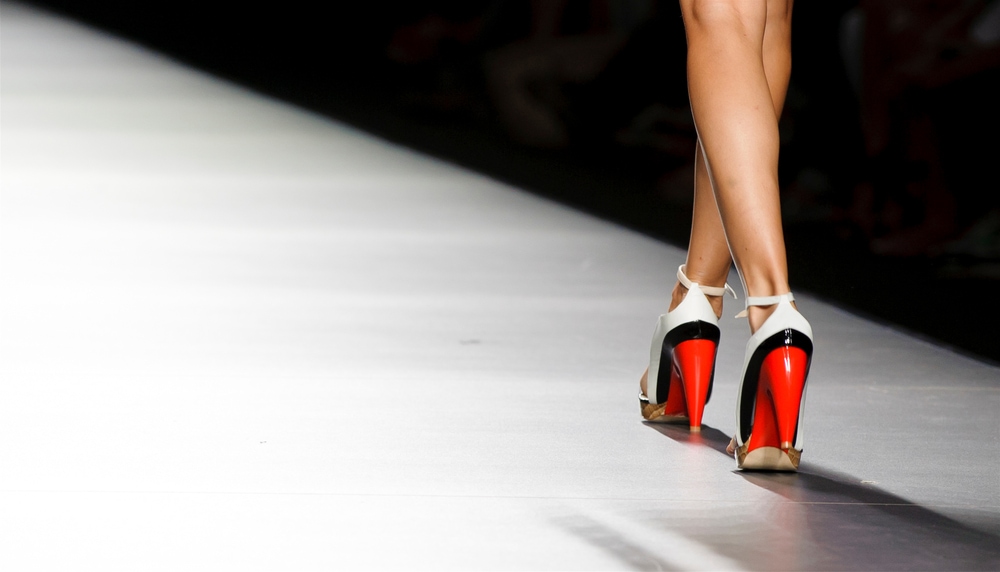 Consumers drive change, with retailers needing to accommodate new trends in order to stay buoyant. This is well known, but could the future really see leather being dropped altogether? Never say never.

With more and more people deciding to turn vegan, in addition to all the new and exciting sustainable alternatives to animal-based materials being released, it stands to reason that demand for ‘traditional’ shoe uppers will drop significantly. Perhaps as alternatives become more prevalent and therefore affordable, leather will start to become unfashionable and less cost-effective to use.

It’s worth considering the fact that green initiatives are hugely important right now. Even those companies simply looking to pay lip service to more eco-friendly operating standards are having to carry some of them out, so maybe we will start to see the big fashion houses — including Chanel, Gucci and Louis Vuitton — moving towards non-leather ranges. If uptake is good, it is likely that sustainable materials and cruelty-free designs will be repeated until, in an ideal world, designer vegan footwear is the norm, not the exception.

Once footwear has been veganised, we can turn our attention to other accessories, such as designer handbags, because there is a market that creates an enormous amount of animal suffering each year, especially for exclusive ranges such as the Hermes Birkin. One step, in cruelty-free footwear, at a time though.

Amy Buxton
Amy is a committed ethical vegan, raising a next generation compassionate human with her husband and their beloved dog, Boo. A freelance writer with a background in PR, she decided to use the COVID lockdown period to refocus her client base and has come to The Vegan Review as a senior writer and editor, before moving into her external content director role. "What we should be doing is working at the job of life itself" is Amy's mantra, courtesy of Tom from The Good Life.
Previous articleBoston, England to become Europe’s plant-based meat capital
Next articleThe UK dairy industry is criticising the Sixth Carbon Budget