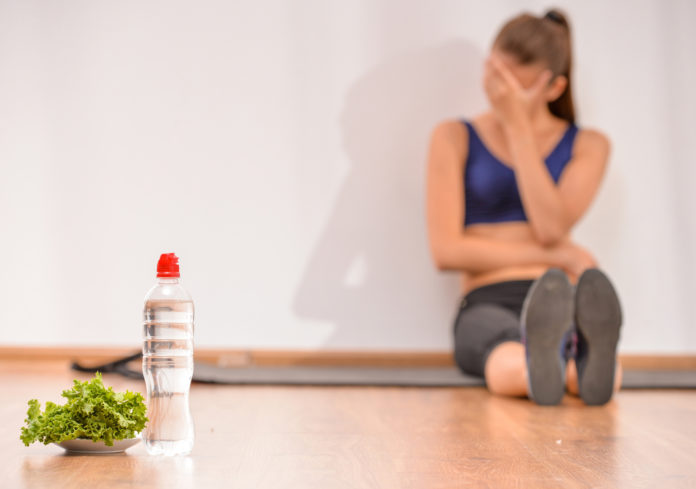 Following a surge in vegan cyberbullying over the last few years, the plant-based community has witnessed a prevalence in body-shaming.

Anti-vegan cyberbullying and hate crimes have seen a surge over the past five years. A large part of this has included non-vegan social media platforms distorting images of vegans, to incite hate or push the stereotype of “malnourished” vegans. Vegans, like many, come in all shapes and sizes, genders, sexual orientation, and religions. But some have been the targets of non-vegans because they don’t fit into the “skinny-tree-hugging-deprived” stereotype.

Daniella Dunn was a recent victim of anti-vegan body-shaming, when pictures of her and her infant son were being used on an anti-vegan page to incite hate. Another user took these images and turned them into videos, which pointed to her “wrinkled forehead”, “eyebrows falling out”, “black teeth”, “pale tongue”, and “straw-like hair”. After years of struggling to accept her own skin, losing a large amount of weight, and putting her diabetes into remission, Dunn’s confidence completely fell, and the mother felt degraded.

The anti-vegan user blamed her vegan diet for the way she looked, claiming she had “significantly aged” throughout her transition. While the user was flagged multiple times, YouTube didn’t take any action.

Dan Sheppard, known as Grumpy Vegan Grandad, has also been a victim of online and offline harassment for his vegan lifestyle. While the YouTuber doesn’t believe all non-vegans do it out of hate, he has been featured on Vegan Deterioration before, being compared to Freddie Cougar.

The 53-year-old also lost a lot of weight after transitioning to a vegan diet and becoming a lot more active. “But,” he says, “when people see people with a normal BMI like myself, they assume you’re ill.” Following this weight loss, he says a lot of people will see the skin on their face and under their eyes contract and go darker. The Freddie Cougar comparison happened because of this.

“It’s very frustrating when people use me being vegan as a reason for these manifestations,” he says. “But it’s so far from the truth.”

Read our interview with Dan Sheppard on his journey as Grumpy Vegan Granddad,

The Vegan Society’s dietitian Andrea Rymer works to ensure all vegans have the correct resources for a healthy and balanced diet. She says every individual should focus on realistic and attainable goals for their own lifestyle and nutritional needs, adding that protein requirements, for example, are based on factors like age and level of physical activity. But she adds that requirements on a vegan diet can always be met. The charity’s page on fuelling an active lifestyle is a resource for those who move a lot more.

Vegan diets have been clinically proven to lead to weight loss, but the dietitian says that weight isn’t just influenced by this factor. For people to understand weight discrimination and address the stigma surrounding it, Rymer explains we should seek to respect and value all bodies regardless of size: “Everyone can benefit from taking steps towards better health from a place of acceptance and positivity.”

Dunn has used her experience with anti-vegan body-shaming to raise awareness within the community through her YouTube channel. She believes what happened to her was vegan phobia, and mostly due to a “lack of understanding and opinions based on false information, such as being unable to get protein, calcium and other nutrients”. She explains that food plays a huge part in her life, especially on her Instagram, where she often shares vegan family recipes with her followers.

To start addressing this issue properly, she believes social media platforms need to tighten their regulation. Dunn also urges vegan content creators to be “wary when opting to share images of their young children” as she has since removed all the pictures of her toddler.

While it’s important for social media networks to take a stand, to avoid even having this content exist, Sheppard says the key is to educate people about veganism from a young age. Whether it’s in the media or in schools, the two parents say the vegan community would highly benefit from standing together and having open conversations with peers and children.

“Vegans should pick their battles carefully,” says Dr Jeanette Rowley, chair of The Vegan Society’s International Rights Network. “Some are just not worth engaging with and sometimes writing formal complaints would be more satisfying, especially regarding abuse on social media.”

She believes that it’s everybody’s responsibility to “embrace the principles of equality, diversity, and inclusion”, and while there is no distinction in law in the way it provides protection for qualifying beliefs — people should be allowed to live according to their moral convictions without being interfered with.

For those who find themselves in situations of severe hate, she says the police is a first call, and Charities Against Hate are also a great port of call when all else fails.

In everyday life and mainstream media, Sheppard says it’s still deemed acceptable for people to discriminate against vegans for how they look. But he says it’s often out of dissonance, as many non-vegans struggle with the idea that something they have believed in their whole lives is, in fact, wrong. “Everything has been a lie,” he says. “It’s a big, bitter pill to swallow.”

But Rowley explains that taking time out to have rational conversations and giving them space to talk and reflect is the best way to handle non-vegans. “Living with compassion for other animals, respecting the environment, and looking after one’s own health will never be proven to be extreme.”