Vegan diets in the prevention of colorectal cancer: a review of the evidence 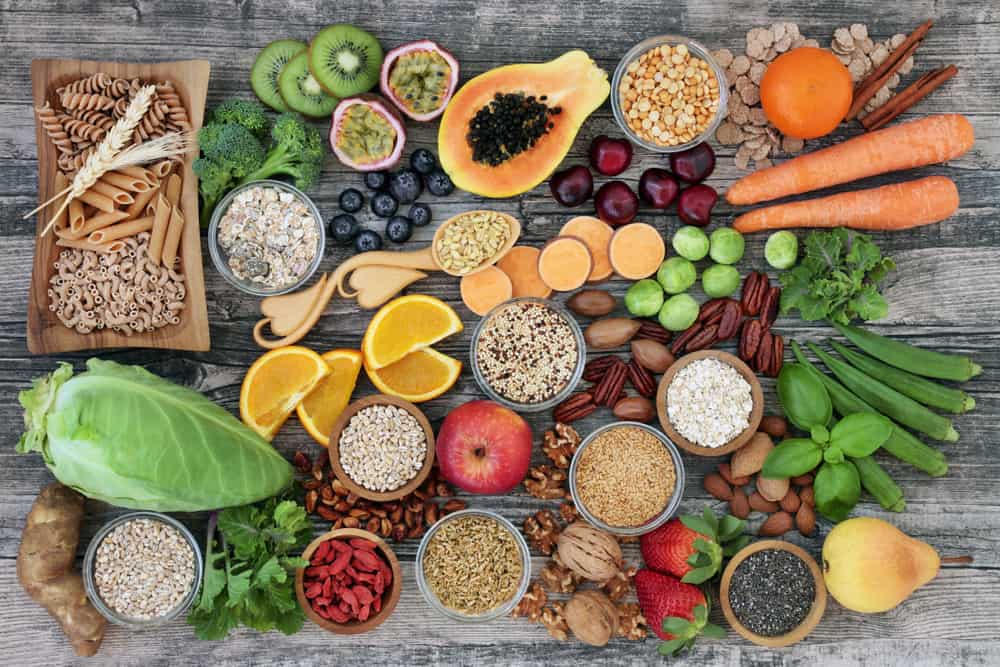 Colorectal cancer is the fourth-most most common cancer in the UK and is the nation’s second-leading cause of cancer-related deaths. Plant-based diets have shown to be protective against many dietary- and lifestyle-related diseases including colorectal cancer.

Here is what the evidence says about vegan diets and their potential in preventing colorectal cancer.

What does the evidence say about high meat consumption and colorectal cancer?

There is growing evidence that suggests high meat intake is associated with an increased risk of developing colorectal cancer. According to the UN Food and Agriculture Organization, meat consumption has shown to be highest in developed nations such as the US, UK, Canada and Australia, suggesting a relationship between high meat intake and colorectal cancer mortality.

Another study, conducted by the Global Cancer Observatory in 2000, shows that the highest mortality rates from colorectal cancer are seen in more affluent countries such as the US, Canada, UK, Japan and Australia.

Most studies currently have shown a correlation between high meat intake and incidence and mortality from colorectal cancer. However, currently, these studies remain correlational and not casual. For example, the development of colorectal cancer may be due to high meat consumption in the diet or other factors and influences like minimal physical activity, smoking, genetic susceptibility or even whether these dietary and lifestyle factors interact with each other and result in colorectal cancer development.

There is strong evidence that processed meat may be a more significant risk factor than red meat consumption. However, it remains unclear whether red or processed meat consumption on its own results in the development of colorectal cancer, or whether it is the interaction of a range of dietary and lifestyle factors that may also play a role like alcohol consumption, body fat and tall height in adulthood.

Why are plant compounds referred to as ‘protective’ against cancer?

Phytates are natural compounds found in the seeds of plant-based whole foods like whole grains, beans, nuts and seeds. They are well-known for their powerful antioxidant, anti-inflammatory and immune-enhancing abilities. Essentially, they work by enhancing white blood cell activity, which is our body’s first line of defence against pathogens and disease. Phytates have also shown to disrupt the blood supply to cancerous cells, thus inhibiting their growth in the body.

The National Cancer Institute’s Polyp Prevention Trial found that subjects who increased bean consumption in their diet by less than a quarter of a cup also reduced their risk of developing recurring precancerous colorectal adenoma (tumour cells) by a staggering 65%. 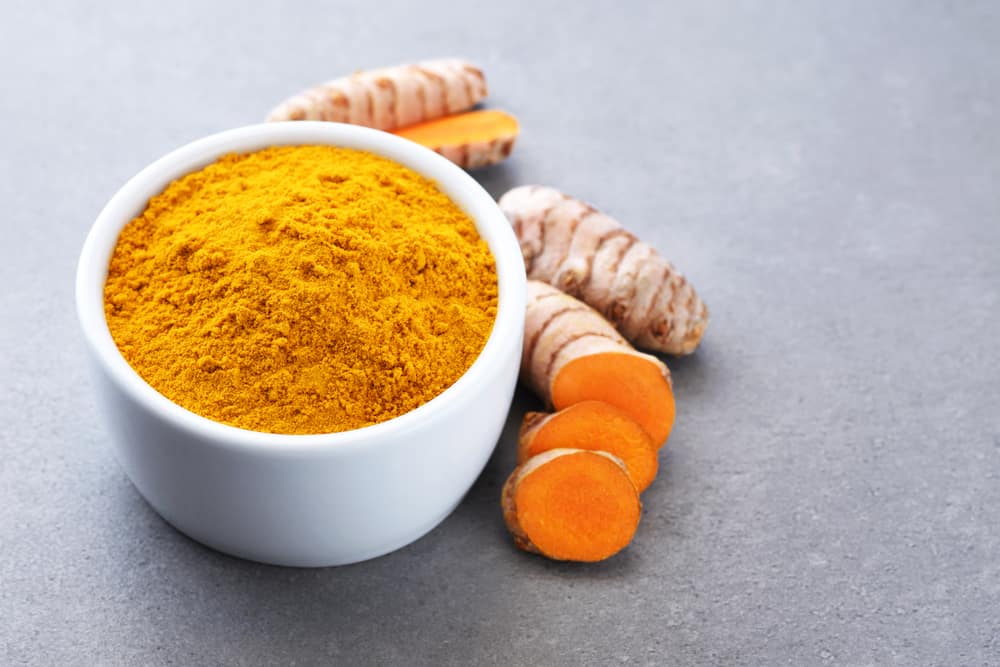 Curcumin is another protective compound, found in turmeric. Turmeric has recently received a lot of recognition for its antioxidant and anti-inflammatory benefits. In fact, some studies have even suggested that curcumin, in combination with another phytonutrient called quercetin (found in red onions and grapes), decreased the total number and size of adenomas in more than 50% of subjects in this study.

What is the role of fibre intake in cancer prevention?

Fibre is an important dietary component found in plant-based foods that the body can’t break down during digestion. Its main roles are to give bulk to the stool and reduce transit time from the stomach to the colon. Fibre is fermented in the gut and converted into short-chain fatty acids. Short chain fatty acids promote apoptosis, which essentially provides protection against cancerous cells that may emerge in the gut. Fibre has also shown to inhibit secondary bile acid activity, which tends to be very acidic and even carcinogenic at high levels. 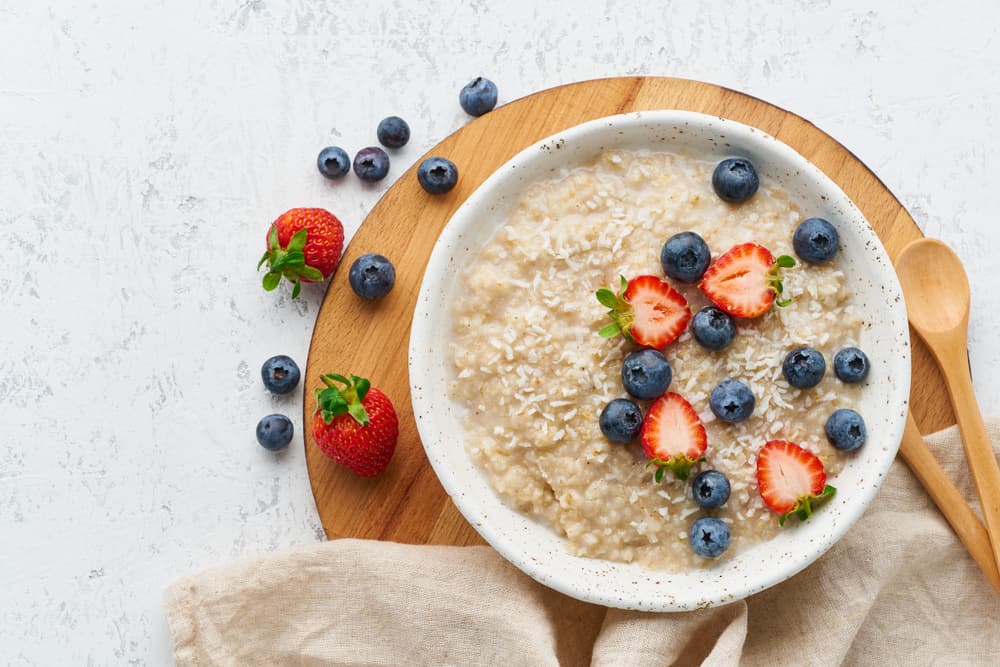 The WCRF reported in 2017 that “there is strong evidence that consuming wholegrains” and “consuming foods containing dietary fibre decreases the risk of colorectal cancer”. However, a range of studies have suggested no protective effects against colorectal cancer — even after consuming a high-fibre diet rich in fruits and vegetables.

Thus, there may be some health benefits of consuming fibre-rich foods such as fruits and vegetables due to the abundance of phytates, and vitamins A, C and E, which promote antioxidant activity and may offer protection. However, the true potential of fibre itself in preventing colorectal cancer is yet to be determined.

On the other hand, another study found that there was an eightfold increase in colorectal cancer in a group of orthopaedic patients with low-vegetable, high-meat diets compared to high-vegetable, low-meat diets. It also revealed that protection against cancer was observed after eliminating meat from the diet, suggesting that high vegetable intake may not be enough on its own, but rather a high vegetable and low meat intake is optimal.

Thus, it seems that a plant-based whole foods diet may offer protection against colorectal cancer because of protective compounds like phytates, antioxidants, vitamins, etc. in whole foods such as nuts, seeds, whole grains and beans.

Read our story about protein consumption on a vegan diet.

Devika Vanjani
Devika is a writer specialising in nutrition and health. Currently finishing her degree in Biomedical Sciences at King's College London, Devika grew up in the Philippines and moved to London three years ago. She has been vegetarian her whole life and went vegan in January 2019 and hasn't looked back since. Her background and research in university centres around whole food plant-based diets and evidence-based nutrition in veganism. Devika also strongly advocates for environmental sustainability and animal welfare through plant-based living. She loves to travel (especially around Asia) to explore the world's cuisines and diversity.
Previous articleHow to not get pinched by a leprechaun as a vegan
Next article71% Americans considering diets that reduce meat intake, finds study