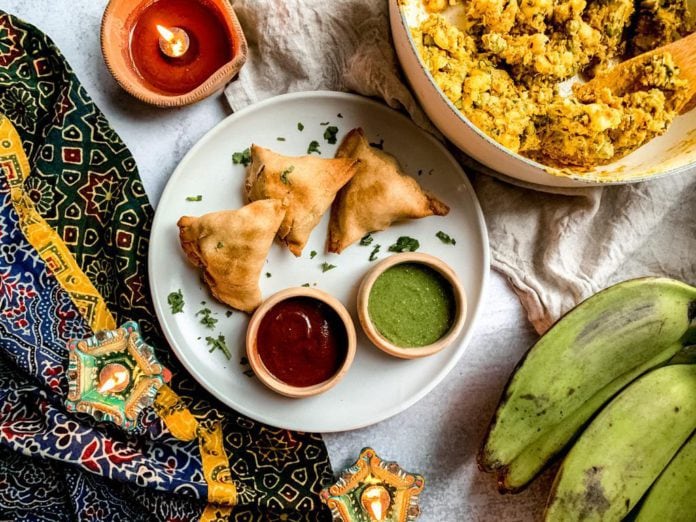 Jainism is amongst the religions experiencing the vegan revolution, with young people believing the lifestyle fits with Jain principles.

To avoid harming any living things, even the very small ones, is one of the key principles of Jainism, and Jains try very hard to follow this. Therefore, being vegan aligns perfectly with their principles, at least according to Lisa Shah, who says veganism is growing within the Jain community.

Jainism is a very ancient, Indian religion and its most important belief, similar to Hinduism, is that people should never be violent. Their diet revolves around this, and thus, many Jains are vegetarian. Additionally, in Jainism, “all life has a soul, whether you’re a plant or a person”. And as a result of that principle, Lisa says: “If you’re living by the principles of the religion, you should probably also be vegan.” However, she explains that many Jains are vegan all of the time but occasionally, on religious days, go back to the Jain diet, avoiding root vegetables.

Lisa has been vegetarian her whole life and has been a “flexi-vegan” since 2017. “In terms of my diet, I’d probably say I am 70% plant-based. I always buy coffee, milk, yoghurt, I try my best and I hope one day to get it down to be vegan full-stop forever.”

The Jain diet encompasses no root vegetables at all, which excludes potatoes, onions, garlic and carrots. Lisa explains: “You are potentially harming the little animals and insects that are in the soils.” In its entirety, this means that vegetables grown in the ground cannot be consumed. She also describes how many vegan Jains understand the cruelty of the practices of the dairy industry and therefore being vegan supports not only the ethical side but also the principles of Jainism. 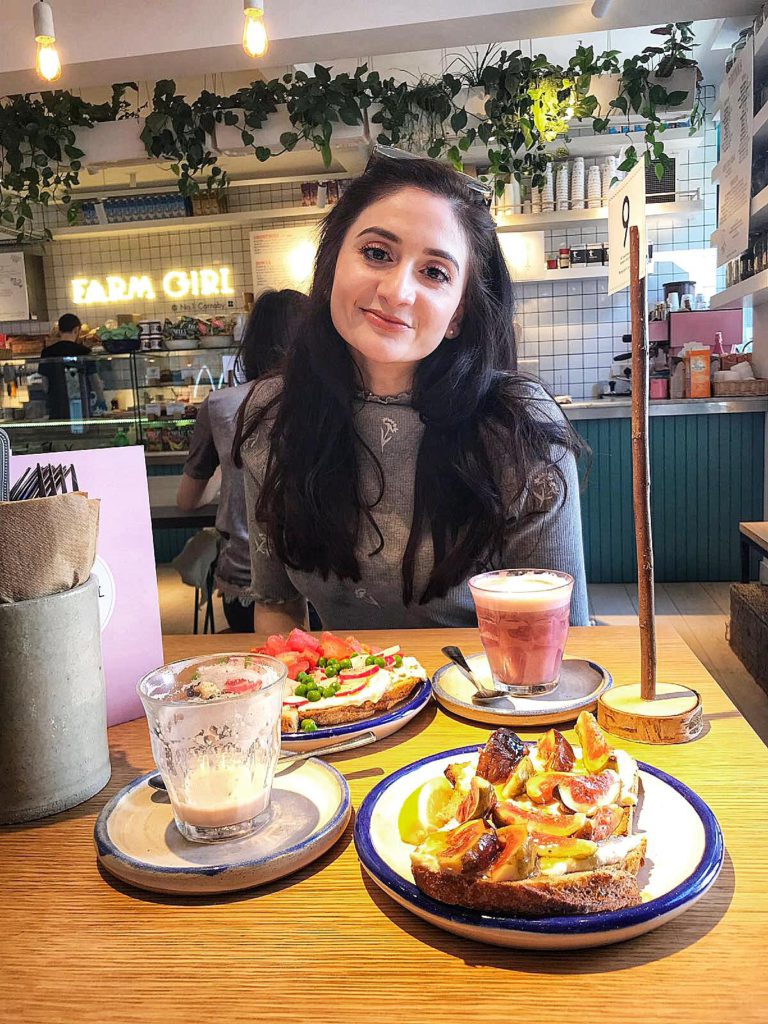 “The most important argument for me is animal welfare,” she says. “As a vegan Jain, we shouldn’t harm any being on Earth and we should have respect for everything in terms of the environment. Veganism aligns with those principles, so it’s a no brainer in terms of how to live.”

However, her family, although vegetarian, has struggled to come to terms with the diet. “They found it difficult adapting with the Indian diet. With yoghurt and ghee, my mum sometimes finds it difficult to find alternatives.”

Lisa believes that veganism within the Jain community will become more popular because of how closely the principles of the religion align with the ethical side of veganism. “Especially with a lot of young Jains, I see a lot of people promoting it heavily.”

Laksh Shah is a university student who took up veganism as a young Jain. He was brought up on a vegetarian diet with no eggs, but quite heavy in terms of milk and cheese. His parents semi-strictly follow the Jain principles of not consuming root vegetables. His transition was sparked during exam season two years ago. “I was looking for the best place to procrastinate,” he says. Laksh is also aware of the cruelty of the dairy industry and made his decision within two hours. 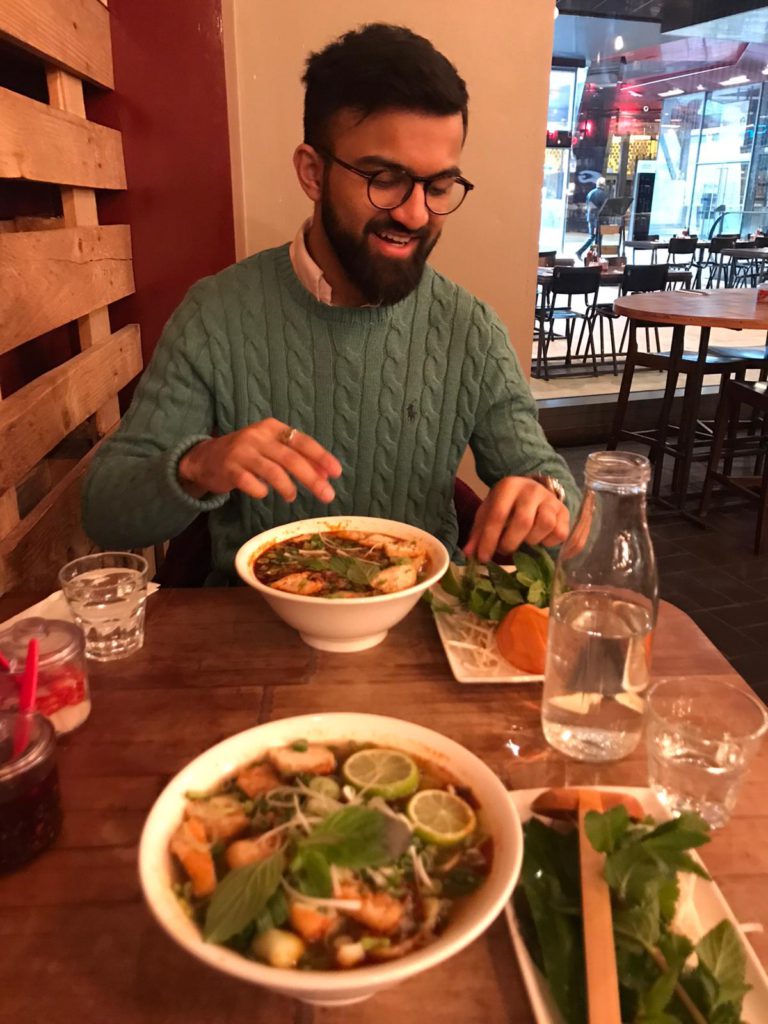 His family were surprised with how sudden his diet change was, but as it fit well with the Jain principles, they were supportive. He adds: “Within the space of a week, my mum turned vegan as well.”

Laksh is able to spread the message of being a vegan Jain within the community via his social circle and those at the temple. “All of my extended family are Jain. They taught me so much about the principles of Jainism and the Jain lifestyle. It’s nice to be able to contribute back towards the conversation where I can spread the message.”

Priyanka Shah is most certainly spreading the message, but over in the US. Although a full-time healthcare worker, Priyanka is also a plant-based Jain blogger sharing recipes on social media.

Her vegan Jain diet began in college. “Jainism says we should do the least harm possible in our daily lives and diet,” she says. She came to the realisation that if she is avoiding root vegetables, she should also avoid dairy. However, she knew that in Indian culture, dairy is a huge part of traditional cooking, so it would be difficult to transition. 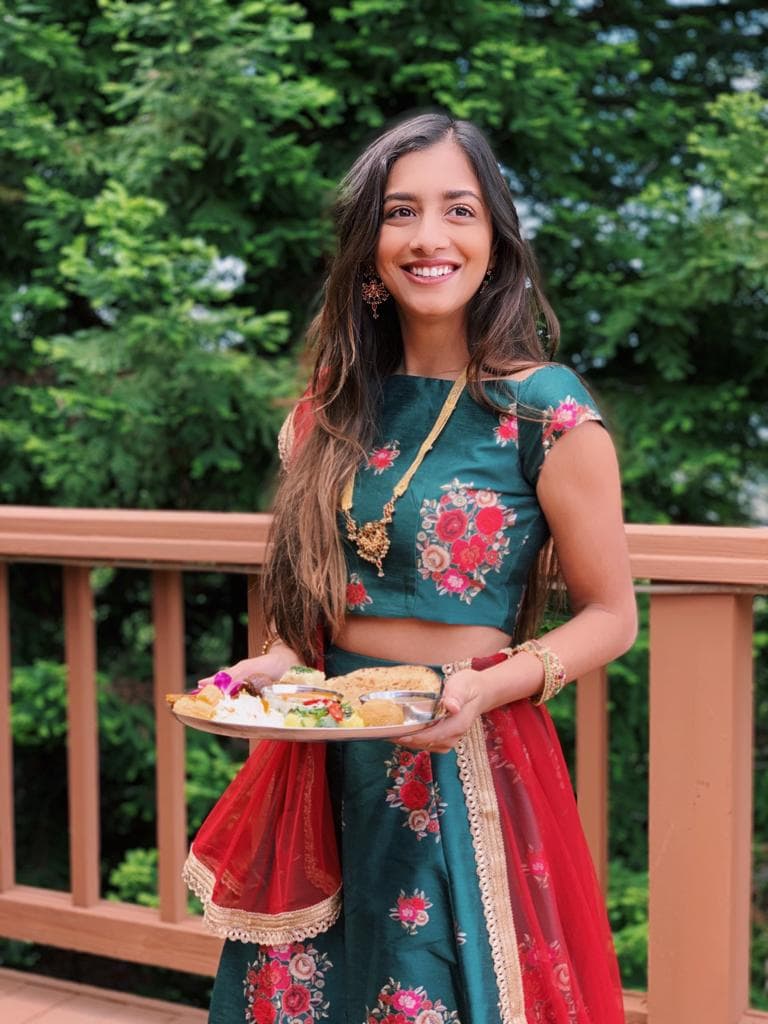 She adds: “This transition not only helped me make healthier food choices, but also provided something that fit more with my ethical decision making, in terms of why I’m eating the way I am. It just seemed to align better with what my reasoning was for even following the Jain diet.”

In college, it was difficult for Priyanka to follow even the Jain diet, as it was hard to avoid root vegetables like she did growing up. And in the US, as a vegetarian, eggs are included in the diet, but as a Jain, she did not consume them.

She says: “I started experimenting in my dorm with a microwave and a Panini maker and it just kind of grew out of that. The next year, once I had a kitchen, I started experimenting more and sharing photos of what I was making.” She explains that she got a lot of comments from friends saying: “How are you even making this?” and “This looks delicious!” as she shared recipes that catered to vegan Jains.

“This is Jain? I can’t believe it!” is another comment Priyanka received. “I think a lot of the time, people think the Jain diet is so restrictive and it’s hard to make things taste good without these aromatic vegetables like onions and garlic,” she says.

She created her blog and started posting on Instagram to showcase that “Jain and vegan food together can be equally delicious and creative, and inspire others that it is possible”. Priyanka believes the younger generation is bringing to light how the principles of veganism and Jainism are intertwined.

She adds: “Growing up with a strict Jain diet, I understood that the principles of Jainism don’t just apply to our diet, but also other choices we make in life, whether it’s our interactions with other people, other living things, or the environment. All of that interplays with this same principle of non-violence. And when I’m able to combine that overlap between Jainism and veganism, I feel most aligned, I feel the healthiest and spiritually grounded through that.”

Read our story about the generational journey of veganism in the Hindu religion.