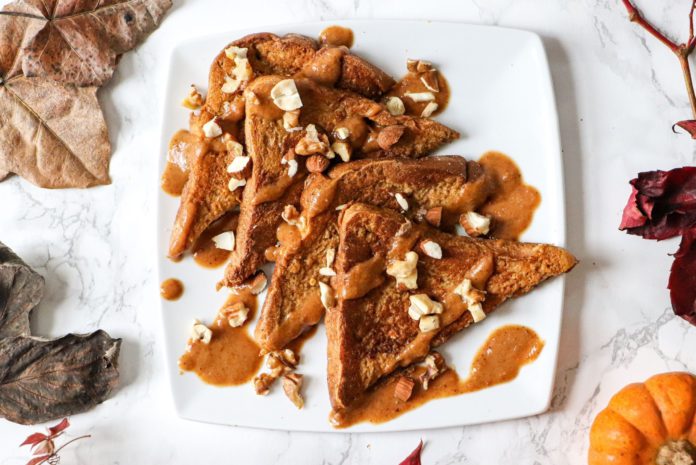 Melissa Elle
Hey! I'm Melissa and I've been vegan for over five years, and vegetarian since I was a kid. I want to show that veganism can be accessible for all and that any meal can be veganised. On my Instagram I regularly showcase that veganism extends itself further than the food through beauty, health, style and that it is truly a lifestyle worth embarking on.

The classic breakfast and brunch indulgence gets a plant-based makeover so that vegan french toast is not only a real thing at last, but more delicious than its traditional counterpart too.

There’s something so wonderfully romantic about French toast. Maybe it’s the fact that it has always been depicted as the brunch food of choice in films and television shows, but whatever the reason, you simply have to say the words to be able to smell the sizzling treat.

And what a scent! Hot and sweet, with fresh coffee sneaking in alongside and maybe even a zingy fresh fruit bowl too, the image of French toast brings to mind (and nostrils) an unforgettable and indulgent meal. We have to admit that a few years ago, we assumed it would be forever out of reach for those of us following a vegan diet, but at last, it has been fully veganised.

If we can implore you to do anything, it would be to enjoy the entire process of making this recipe. Don’t see it as something to rush through but instead, more of a ritual that Sunday mornings were made for. Put extra thought into every ingredient choice too, tailoring this recipe to your particular tastes, dietary needs and what you have in your cupboards already. 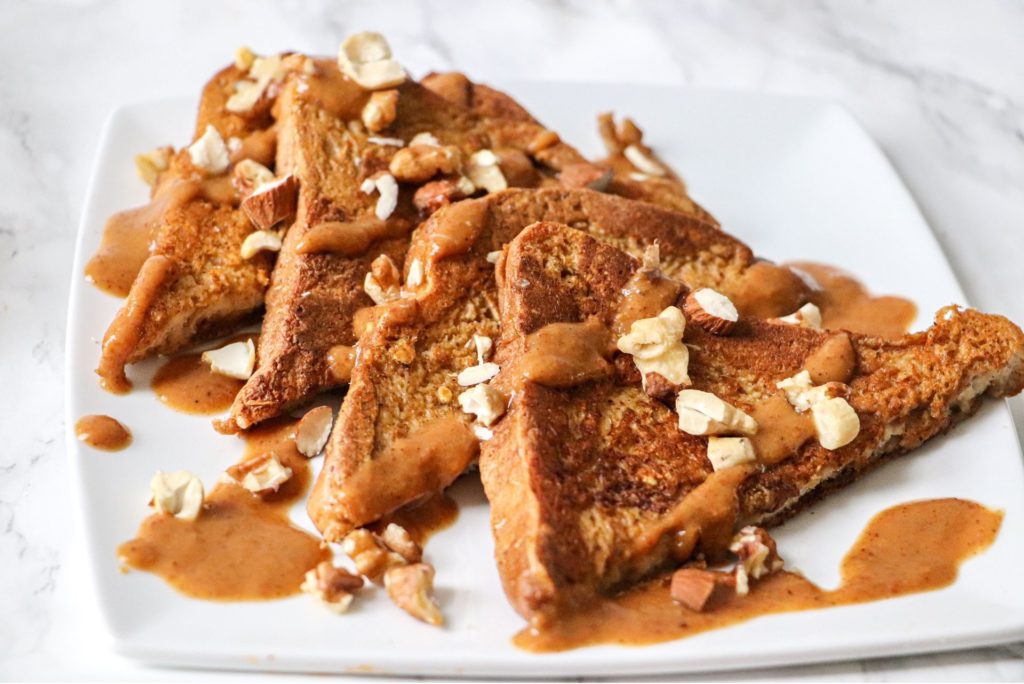 For example, if you don’t use walnut oil day-to-day, substitute in coconut oil instead. Recipes are meant to be a guide, not a totally prescriptive and unyielding set of instructions. So how else could you adapt this vegan french toast?

Try different breads: Vegan challah, gluten-free, fresh white, sourdough. We can’t see any reason why any of these breads wouldn’t work beautifully. As long as you ensure each slice has been well coated in your batter and that enough has been absorbed by the dough, you should get a nice fry and a tasty end result. A savoury version might even work, with something like a flavoured focaccia. Now there’s a thought.

Experiment with plant milks: The kind of plant-based milk you choose for the batter will have a big impact on the final taste of your French toast. If you are a fan of sweet profiles, oat milks and sweetened nut varieties will work best. For more savoury notes, things like soy milk or unsweetened nut options are neutral.

Read our detailed oat milk review to find out which would work best in this recipe.

Add some nutritional yeast: This is a great idea, especially if you have tried to add an umami flavour to your batter with some kala namak, as nutritional yeast brings out a rich flavour with a cheesy undertone. We can imagine that with a few rashers of vegan bacon on top, this would be an exceptionally tasty breakfast dish.

Once you’ve gotten your technique down, we know that you’ll be making this French toast regularly, adapting as you go and playing with toppings, side dishes and batter styles. If you’re anything like us, you’ll reserve a favourite shallow bowl for the dipping stage as well. That’s how ritualistic this dish is, and a key indicator of just how much people love French toast, vegan or otherwise.

Check out more recipes like this vegan French toast.