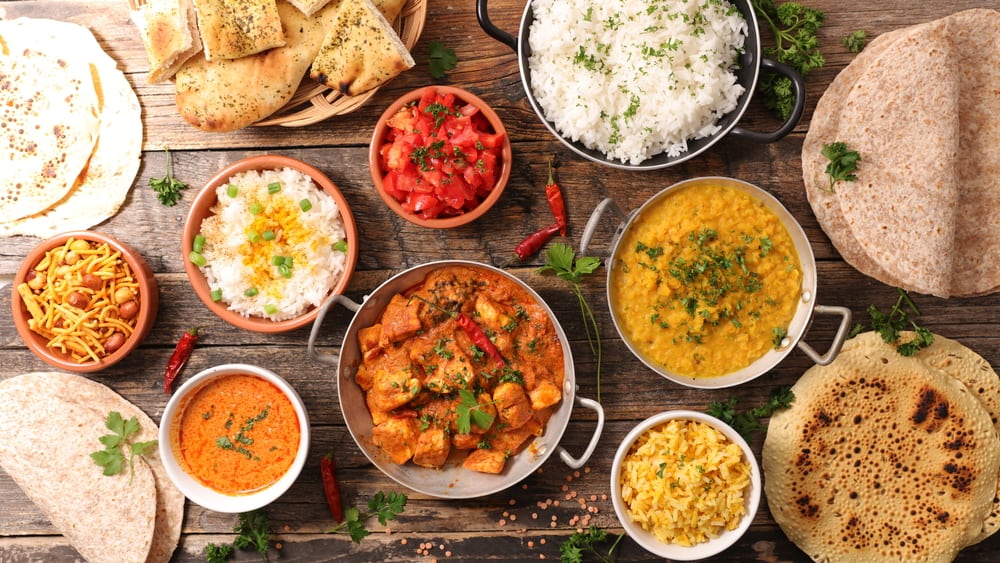 Indian cuisine is heavy on dairy, but if you’re vegan, here are the best ways to swap the ghee, yoghurt and other dairy products in your food.

Indian food can be notoriously hard to master, especially if you aren’t native to the country. The sheer volume of spices and their different uses is enough to warrant a book of its own. And while over 70% of Indians are non-vegetarian, India still has the world’s largest vegetarian population, with more than 350 million people avoiding meat in their diets.

That explains the cause-and-effect relationship between India’s population and its love for dairy. Many Indian dishes are known for their richness and use of cream, yoghurt (or dahi, as it’s known in the country) and ghee.

I visited my hometown of Jodhpur as a vegan for the first time in December, and it’s then that I truly learned the best ways to swap out dairy with vegan alternatives in Indian cooking. There are a lot of variations, but choosing the right plant-based substitute is the key difference between a good dum aloo and a great dum aloo.

Here’s how you can best veganise the dairy in your Indian pantry: 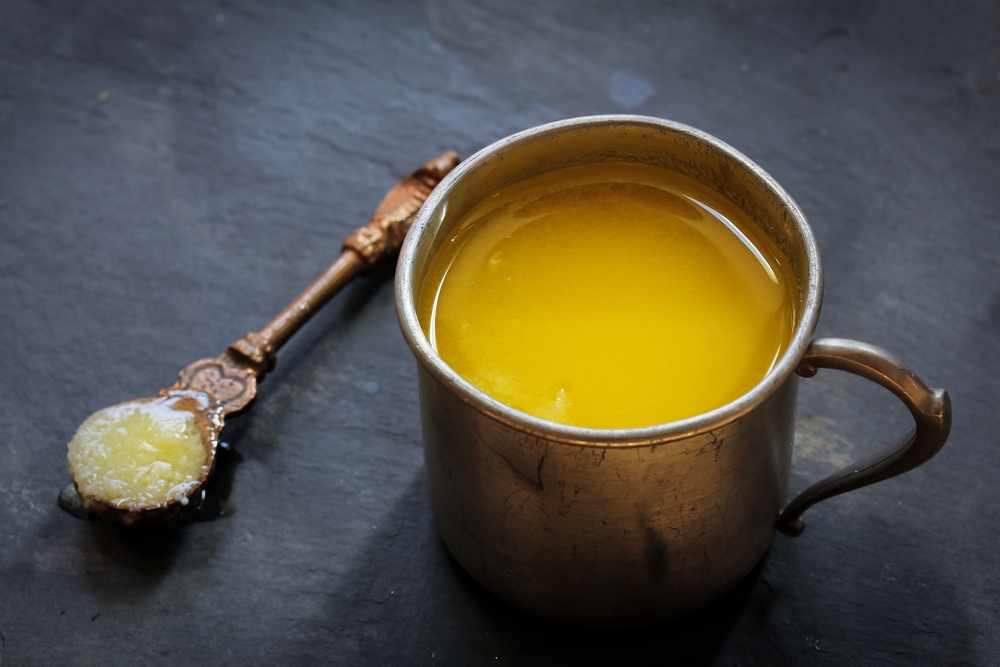 Ghee is a fat dating back to ancient India. It’s a kind of clarified butter that is solid at room temperature and lends food a nutty flavour as the milk solids brown.

While ghee isn’t vegan, many people commonly just use vegetable oil as a replacement. Although that will cook just as well, it might not give the finished dish the wonderful flavour you can get from ghee. Vegan block butter is another popular choice — but again, that’s better for swapping for regular butter.

Refined coconut oil is a great alternative. Just like ghee, it solidifies at room temperature and melts very quickly. According to Krish Ashok’s Masala Lab, ghee has a high smoke point of 250°C. Refined coconut oil has a similar smoke point, at 232°C, making it a good substitute. But don’t use unrefined or virgin coconut oil for this, as it will leave a coconutty flavour to your dish, but also has a much lower smoke point.

The other fat you could replace ghee with is vegetable shortening. In the Indian subcontinent, the brand Dalda has become synonymous with vegetable-based Vanaspati ghee. But it is high in trans fats due to the presence of hydrogenated oils, so look for low-trans fat shortenings. 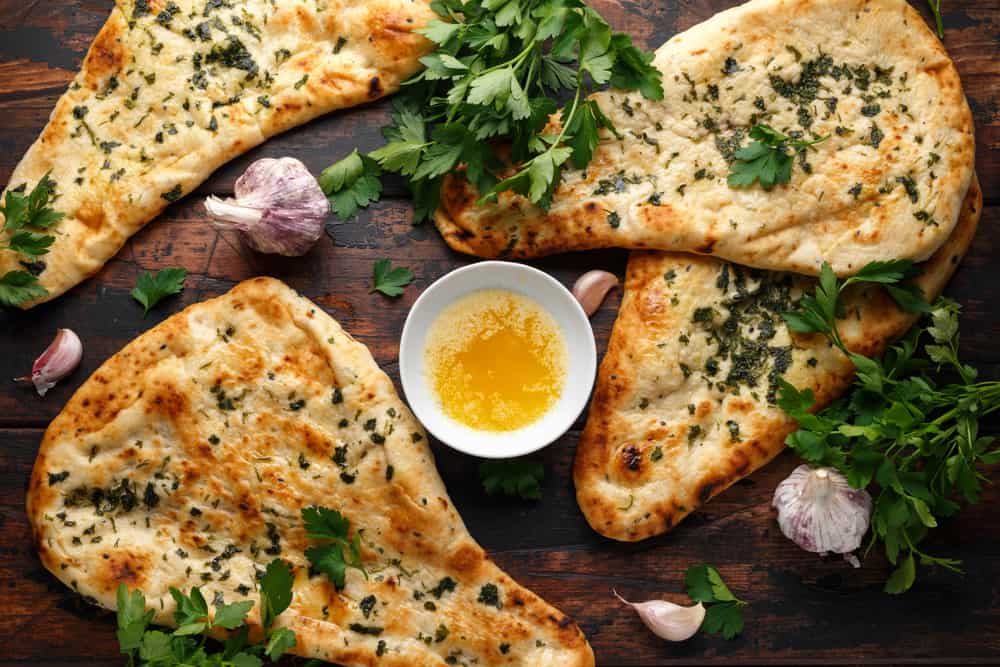 First things first: there’s no such thing as naan bread. Naan is a kind of bread, just like any other. You don’t call it “crumpet bread”. It’s naan, just like it’s crumpet.

Naan is a leavened bread that usually employs yeast or baking powder. Pliable and soft, it’s cooked in a tandoor oven. People ubiquitously add milk or yoghurt to naan doughs for a softer bread and a distinct flavour.

Dairy-free naan can be difficult to find in UK supermarkets, especially the mini, local ones. And even where you can, it’s full of preservatives and additives that aren’t all natural. If you’re looking for storebought options, a chapati (roti) or paratha is a good bet. It won’t be the same, but if anything, they’re both even more common for everyday use in Indian kitchens.

If you do crave the soft, fluffy texture of a naan, making your own is very easy. Instead of using cow’s milk, unsweetened almond or soy milk would work really well. If you’re using yoghurt, any non-dairy yoghurt would suffice, provided it’s not coconut-based or flavoured. 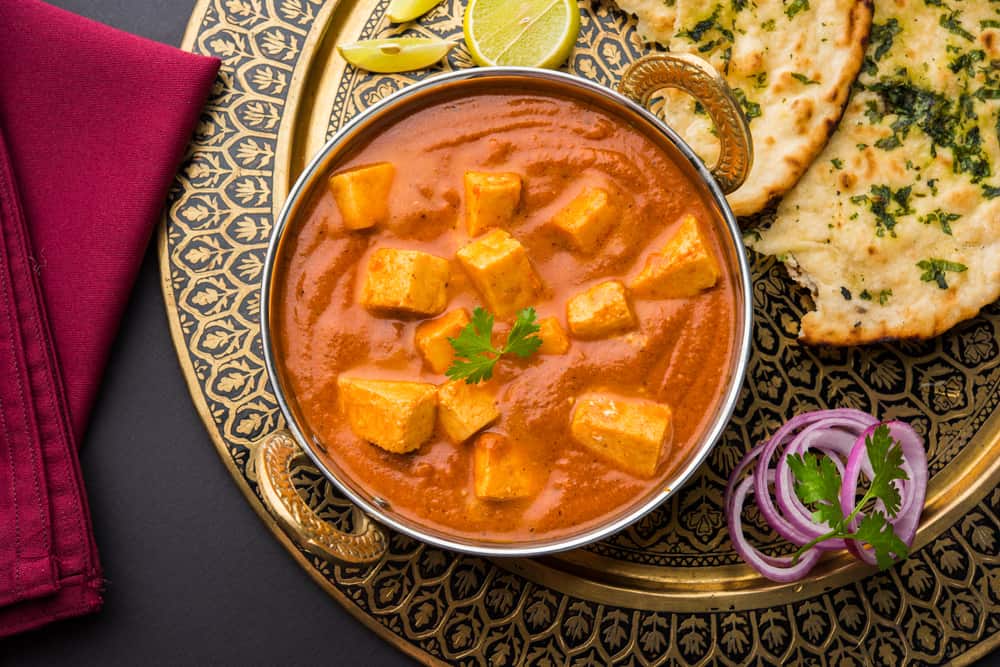 Paneer is a North Indian staple. While it’s referred to as cottage cheese in the West, it’s quite different from that version and has a unique texture and flavour.

North Indians use paneer as the star of many dishes as well as a vegetarian alternative to meat, usually chicken. Paneer tikka, paneer makhani and paneer korma are all highly popular substitutes for meat in Indian dishes.

But since it is technically a kind of dairy-based cheese, paneer isn’t suitable for vegans. Tofu is really the only substitute for paneer. It doesn’t taste the same — but it still tastes just as good in such dishes.

Paneer is made by curdling hot milk with an acid, like lemon juice, vinegar or citric acid. Tofu is essentially the same, but uses coagulated soy milk. In fact, in India, tofu is often marketed as ‘soy paneer’, which sums up the differences and similarities between the two. It’s a like-for-like replacement for one of India’s favourite ingredients. 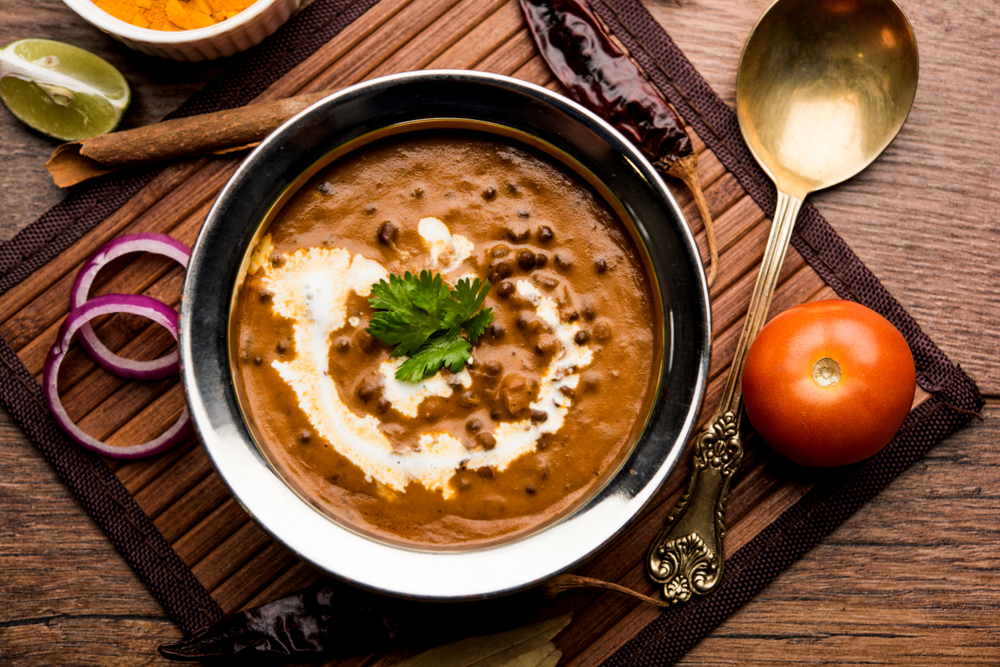 Another ingredient commonly used in North Indian dishes, cream is usually added at the end of cooking to add richness and flavour to dishes like a classic tomato soup and curries like dal or paneer makhani. It’s also used in desserts such as the Indian fruit cream.

The most popular alternative to cream used by vegans is coconut milk, as it is just as dense and thick as regular cream. But it always imparts a coconutty flavour, and that’s not what you want when you’re eating dal. Reserve the use of coconut milk for South Indian dishes, where it is a common ingredient by itself and a lot of the food is automatically vegan.

If you’re making North Indian curries, soups or dal, you’re better off with a different plant-based substitute. Soy and oat creams are wonderful and work just as well in veganised Indian food, and can be easily found in most supermarkets.

If you can’t access them, however, then your next best bet is to make your own. There are a few options here. While you can make soy cream, it is time-intensive (there’s the soaking and the boiling) and sourcing soybeans isn’t always easy. And it’s best to avoid making homemade oat cream, as any residual ground oats (a likelihood result of home filtration methods) will gelatinise and clump up on heating, resulting in an undesirable texture. Commercial oat creams have stabilisers and emulsifiers to prevent that from happening.

Almond and cashew creams are the easiest vegan alternatives to make at home. Just use your regular recipe for almond or cashew milk, and halve the amount of water to use. As a rule of thumb, a 1:2 nuts to water ratio is a good starting point. 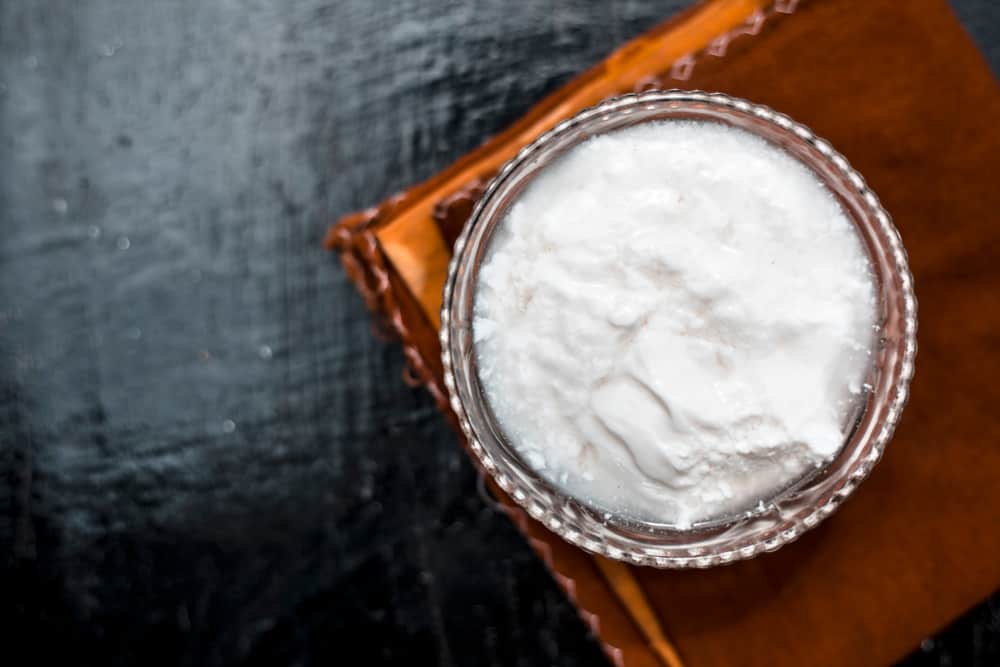 Dahi, which is really curd, is everywhere in India. It’s used as a good luck charm before an important exam or competition, but more importantly, it’s part of everyday eating in the country.

I grew up eating homemade dahi, which is common in most Indian households. Yoghurt and curd are similar, and sometimes used interchangeably, though there is a slight difference in the bacteria involved.

But for the purposes of this article, let’s avoid the distinction. Yoghurt is used as an acid as well as flavour enhancer in many Indian kitchens. It forms the base of gravies in dishes like the West Indian kadhi or marinades for paneer (or tofu) tikkas.

While cow’s milk yoghurt is the most common variety in India, an oat- or soy-based alternative works really well. Coconut yoghurt isn’t recommended, as it will impart too much of the coconut flavour into the food. You can also make your own vegan yoghurt — chickpeas are a great way to make thick yoghurt akin to whole milk.

Alternatively, if you don’t have access to vegan yoghurt or can’t make it at home, in many recipes — particularly gravies for vegetables — swapping the yoghurt for tomatoes is a great option too. Most vegetables that are cooked in yoghurt gravies can also be cooked in tomato-based ones. It’s obviously not going to be the same flavour, but it will still yield a delicious end result.

Learn more about the difference between dahi and yoghurt in Muskaan Gupta’s attempt at making homemade vegan yoghurt. 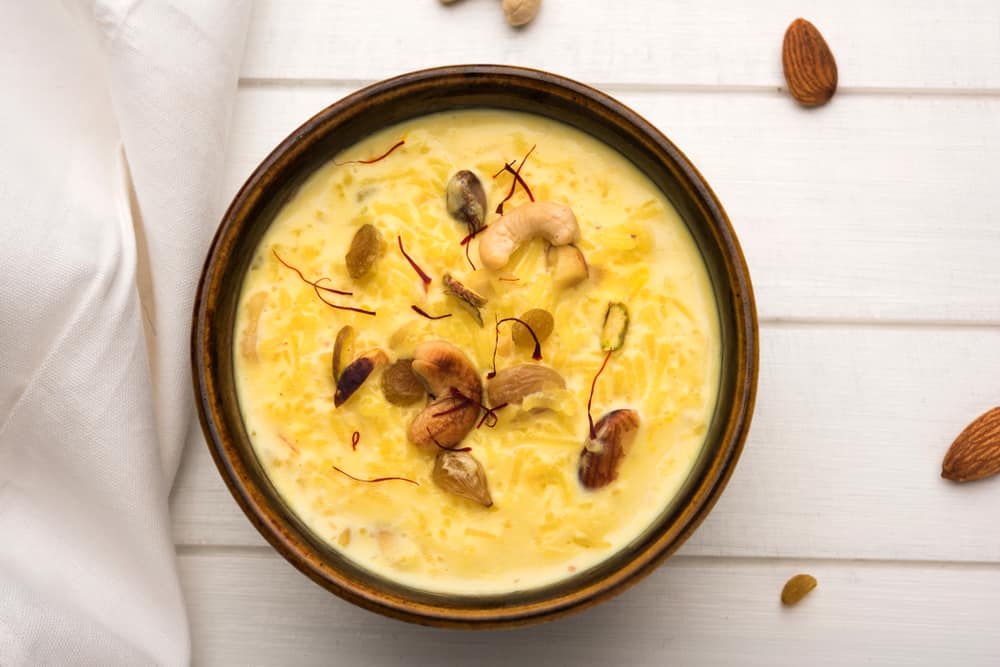 In India, milk is a bigger player in desserts, both in regular form and condensed variants. Many Indian sweets contain ghee, milk and/or condensed milk. The East Indian ras malai is made from cardamom-flavoured malai, a kind of clotted cream derived from the skin formed on top of milk, and bathed in saffron-infused milk. There’s also kalakand, which is a sort of ‘milk cake’ that uses sweetened condensed milk.

These dairy-heavy sweets can be veganised using plant-based substitutes like yuba (tofu skin derived from soy milk) for the former and vegan condensed milk for the latter.

The best thing about veganising milk-based desserts is that you can use the flavour of the plant-based alternatives to your advantage. Oat, soy and almond milk all shine in straight swaps. But if you’re making kheer or payasam (a kind of Indian rice pudding), coconut milk takes the sweet treat to the next level. And similarly, almond milk adds another dimension to gajar ka halwa (carrot halwa).

Think about the flavour notes that are already present and that you want to bring out in your dessert, and use the plant-based milk to your advantage.

Anay Mridul
Anay is journalism graduate from City, University of London, he was a barista for three years, and never shuts up about coffee. He's passionate about coffee, plant-based milk, cooking, eating, veganism, writing about all that, profiling people, and the Oxford Comma. Originally from India, he went vegan in 2020, after attempting (and failing) Veganuary. He believes being environmentally conscious is a basic responsibility, and veganism is the best thing you can do to battle climate change. He gets lost at Whole Foods sometimes.
Previous articleWhy fast fashion is accused of copying independent and sustainable brands
Next articleAustralia’s plant-based protein sales double in a year