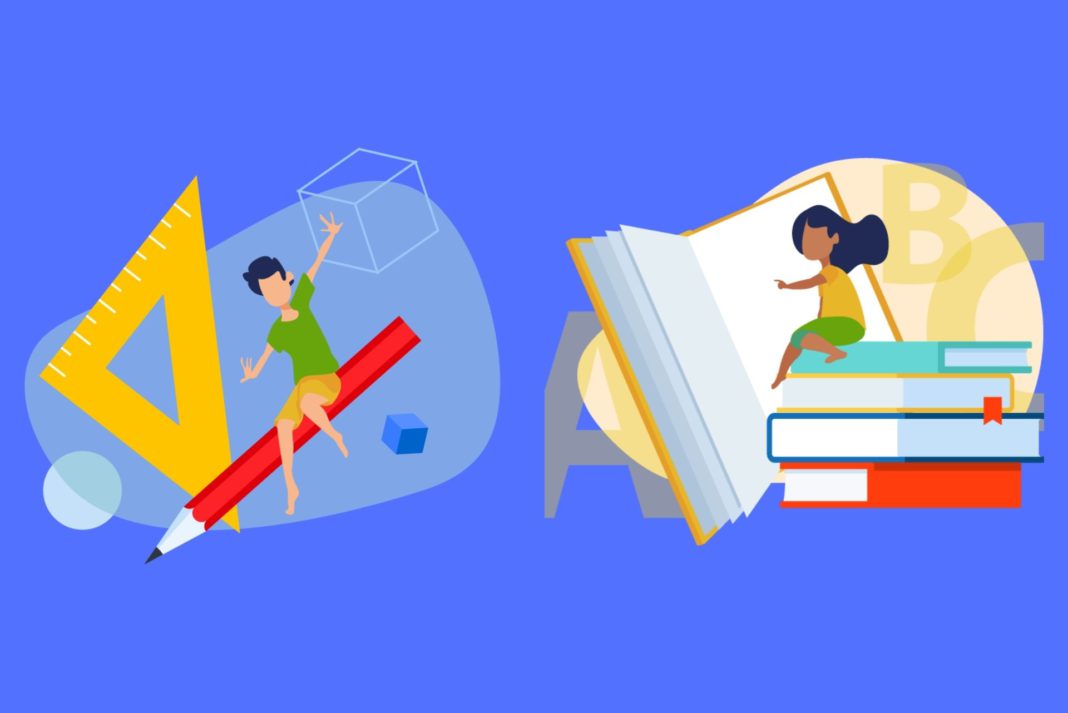 Is it time we include vegans in the school curriculum? Ruth Jenkins, Laura Chepner and Daniella Dunn are three women standing up for a vegan-inclusive education.

“My dad is a carnivore. When I was 10, I told him I was turning vegetarian. He wasn’t impressed,” says Ruth Jenkins, a charity accountant and founder of Vegan Inclusive Education. “‘If you don’t want to eat meat, go and eat the bag of spinach in the fridge,’ he told me. I hated vegetables. But I got halfway through the bag and he said: ‘Alright, I believe you.’”

Jenkins eventually turned vegan at university, after reading Animal Liberation. Over 23 years later, and now a mother to a six-year-old boy, she’s going one step further. She’s transforming the UK’s school system. “I just want to make sure no vegan kid suffers in school because they’re vegan,” she says.

Laura Chepner, mother and founder of Primary Veducation, is already on her way to achieving that goal. A former primary school teacher herself, she noticed that the “use and abuse of animals was something taught freely and included in pretty much every topic and subject”. As a vegan teacher and parent to a vegan child, she knew there were probably people out there just like her who needed this to change.

After successfully launching a campaign to get vegan school meals into her daughter’s school in Ramsbottom, Manchester, Chepner now trains staff in Primary Veducation: from nurseries, to small businesses, to corporations. Her consulting services are free and can be accessed in person and online. She published Veducated! in 2020, and has now launched a petition that has gained over 7,300 signatures to get plant-based meals into every school in Britain.

“Vegan children are like our little warriors and they need us to do this for them,” says Daniella Dunn, a Worcestershire-based nurse, mum and founder of the Vegan Education Alliance. She started this because “so many families report that education and childcare settings are not providing vegan children with an inclusive education or plant-based menu”. Though she explains that it isn’t just a matter of school meals, these are key in achieving change. “A jacket potato and beans every day are not suitable to support any child through a whole day of learning.” While her son isn’t old enough to attend school yet, she’d like to transform the system before he reaches that age.

Find out more about Laura Chepner’s work in our interview.

Drawing the line between teaching and parenting

Chepner tells me it’s a school’s responsibility to go to every length possible to ensure every individual in the school can have good access to learning, and feels comfortable and understood while they are at school. She says it shouldn’t matter how many vegan children are attending that school. “Schools consider themselves inclusive institutions. If one child out of 300 required a wheelchair, it would have to provide a ramp. So vegan children should have fair access too.”

From her flat in Hackney, London, Jenkins tells me that the idea first came to her in August — a concept inspired by her son’s own experience, and after reading Chepner’s book Veducated! The RSPCA already advises schools on not including breeding programmes, but her son’s school does it anyway. The reading books, Peter Rabbit videos showing fishing, and on-the-farm projects were all triggering experiences for him too. Jenkins points out that though it’s important children learn about where their food comes from, the school never told the whole story. “It was the fairytale version.” Another exercise she highlights, which mightn’t even phase a non-vegan parent, was categorising animals — choosing which belong on the farm and which in the zoo.

“You don’t want to be a picky parent, or disrupt a relationship between a teacher and a child,” she says. And this is a common issue for many vegan parents in the UK. “Far too many parents are scared to say anything because of discrimination,” says Dunn, who was a victim of online bullying in the summer of 2020.

As the population of vegans in the UK rises, the issue of discrimination is increasingly prevalent. “After I saw all this stuff on vegan children, it almost destroyed me. The things I’ve seen on social media,” Dunn says, sighing. Parents are often advised to approach these settings individually to make these changes. Jenkins approached her son’s deputy head, but he suggested they move schools.

But this couldn’t be the way to solve this issue. The accountant believes there are certain things in society that are still acceptable to be prejudiced about. “And veganism isn’t protected as a belief just yet.” She says not all teachers treat it the same though, some have tried to be helpful. “But it’s about not knowing enough to know how to be helpful,” she adds. 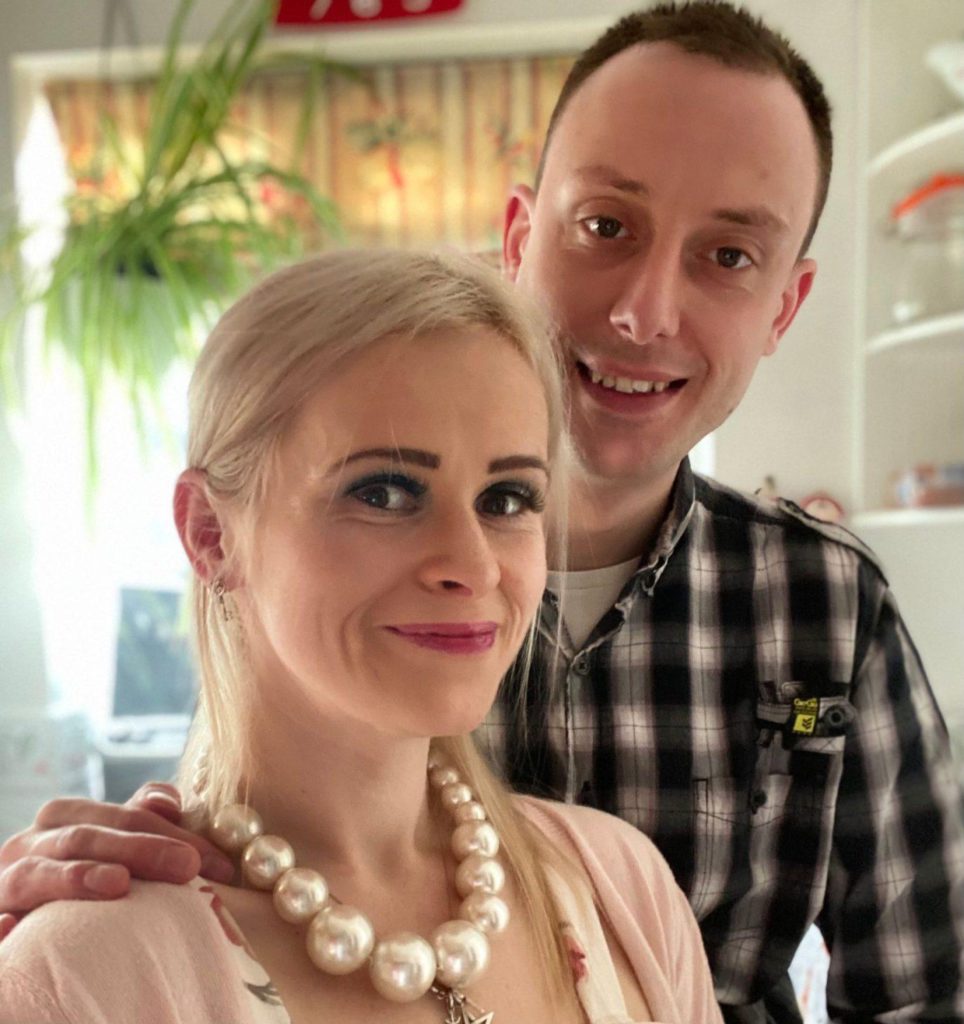 Chepner, Jenkins and Dunn are looking to guide schools so that their children no longer feel alone, and their teachers know how to be helpful. For so long, Chepner felt alone in this fight. But since the birth of Vegan Inclusive Education, she no longer feels that way. Dunn tells me she’s been working hard to ensure all areas of the UK are covered in her alliance, and that they encompass nurseries and childcare too. Grumpy Vegan Grandad in Manchester, I’m Easy Vegan in Scotland, Family Four Explore in Chester, Lynda Rhodes in Wales, The Vegan Mooncat in Blackpool, Keziah Breslin, Tina Newman, The Vegan Teacher, and Laura Chepner are some of the many that have joined.

Following her victory in Ramsbottom, Laura says: “It’s a peace of mind for me to know that at least one borough will support vegan families without question.” Jenkins says she is due to send her reformed curriculum out to over 850 schools nationwide. Though she agrees that every parent makes a decision based on their own child for whether they should give them the whole truth or not — she says it’s up to schools to be as transparent as they can.

“I don’t expect to make schools make their children go vegan, but they should be more inclusive in how they approach veganism,” she adds. She uses the example of dissection in biology classes. This doesn’t just affect vegan children, as it can emotionally impact any human being. “They’re being confronted with the reality of it being a living thing, that’s not living now, and they were instrumental in the fact that it’s no longer living,” Jenkins explains. “Apparently, research shows kids learn just as well, or better, online than with real bodies. Partly because you can do it over and over again, but also because of that emotional impact being removed.” Simply swapping out dissection for models with organs, or remote practice on a laptop, are small, financially viable alternatives.

The Vegan Inclusive Education programme is designed to make schools feel supported. It’s been set up to make teachers’ transitions as simple as possible. “We want them to know we are researching for them so we can provide support and eventually recognise the schools doing well,” Dunn says. “We’ll give them freebies, like copies of Vivi The Super Vegan for their libraries, as a way of saying: ‘This might not have been easy for you but our children and we are very grateful that you are recognising us and our way of life.”

Chepner underlines the importance of encompassing all the reasons people go vegan when it is taught to the teachers. “I don’t see the value in concentrating on just one value.” Her main goal is to show it’s more than just a diet. That it’s a philosophical belief.

Pro Veg UK, Animal Rebellion and Possible are all joining the vegan education movement. However, Pro Veg UK has been careful not to advertise as vegan, but to use the words “healthy plant-based options” in its school campaign instead. Jenkins highlights that even just transitioning to vegan meals will save schools a lot of carbon, and it’s the single biggest thing they can do to make an impact on our planet.

Jenkins, says using the environmental approach has garnered a lot of attention worldwide. She has received interest from Romania, New Zealand, South Africa and America. With nations beginning to implement climate change into their curriculums, this angle on vegan inclusion might be more viable. “When you bring up animal murder it’s tough for people to grapple with,” Chepner says. “Whereas the environment is a more gentle aspect for people to connect with.”

Nevertheless, Chepner stands by her beliefs. Her petition has received signatures from vegan and non-vegan parents alike, who all believe offering vegan food in schools is a no-brainer. “Some are writing things like: ‘I’m not vegan but I believe they should have a choice.’ And: ‘Vegan children should be included.’”

Jenkins hopes that eventually, her programme will be robust enough to be lifted and dropped into education worldwide. “The world is moving forward,” says Chepner. “And the vegan issue is moving forward with it.”

Laura Chepner will be speaking in parliament via Zoom on Thursday, January 21. Join here to watch and support.

Olivia Rafferty
Olivia is the Assistant Editor of The Vegan Review. An aspiring Middle Eastern correspondent currently studying journalism at City, University of London, she is passionate about the planet, she believes veganism is the first step to solving the complexities of climate change.
Previous articleThe slow rise of veganism in Singapore
Next articleArt and animal cruelty: the strange origins of pigments