Vegan makeup blogger Amber George: ‘We should speak up against all oppression’ 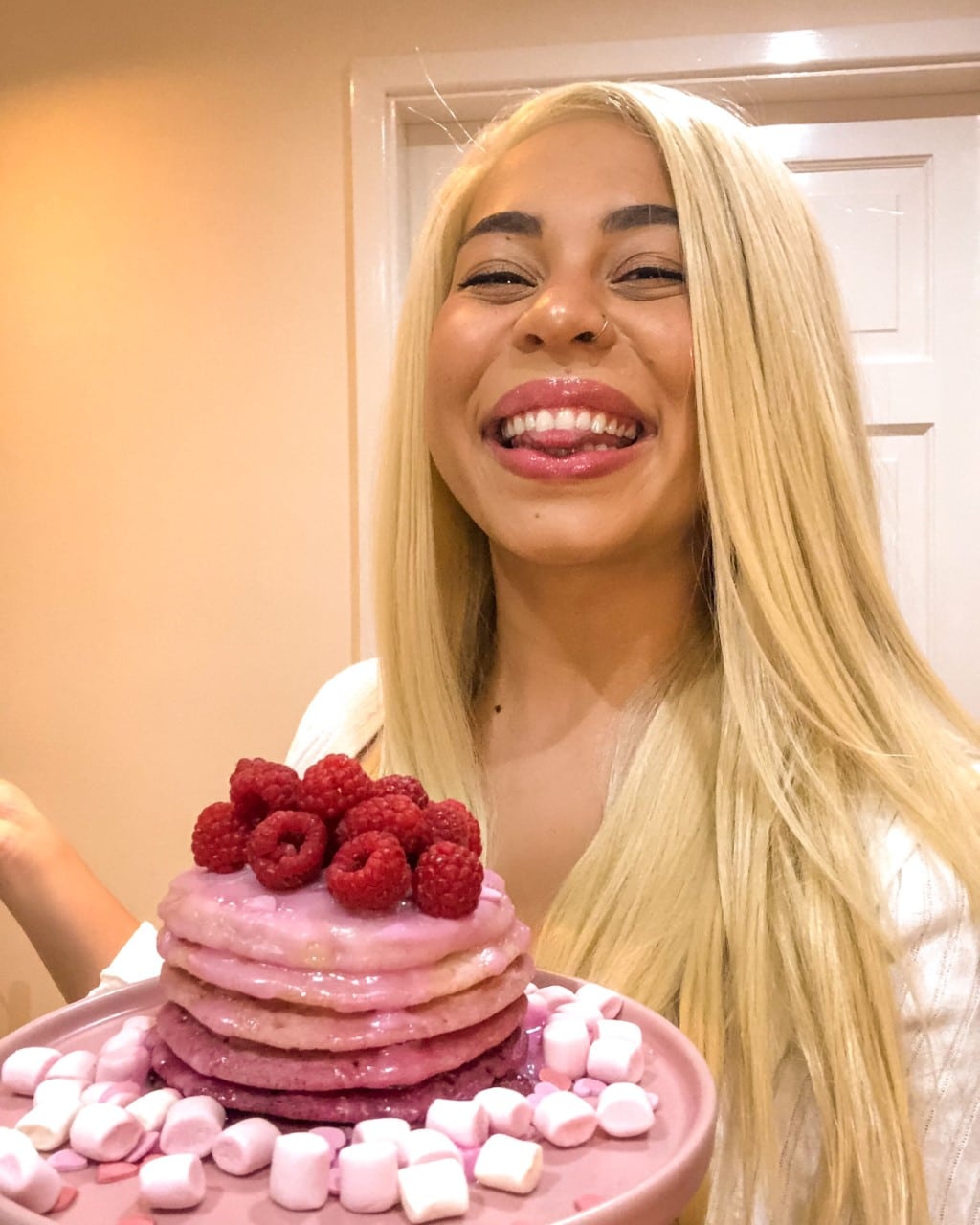 “I love animals so much, especially cows, so for me, the best part of being vegan is knowing I’m not hurting them anymore,” says Amber George. A rather fresh vegan — her journey only starting when she participated in Veganuary this year — she has now gained a large platform on her Instagram account, which she started in April.

Her inspiration to take part in Veganuary was sparked by the importance of taking care of animals and the environment. Prior to Veganuary, Amber watched YouTube videos by Earthling Ed. She says: “I always found myself on his side during the debates, the other arguments were just illogical, so I knew I was vegan at heart even before I aligned my actions with my beliefs.” This also aided her to understand that veganism is more than just a diet.

On January 1, she watched a documentary called the Land of Hope and Glory to help her commit to veganism. She describes it as a “wake-up call”: “The documentary showed me that we put the animals through absolute hell, and it is not worth it at all when we can just eat other things.”

George didn’t struggle with Veganuary: “I actually found it really easy and really regret not doing it sooner.” As a vegetarian prior to the transition, she found following Instagram pages such as accidentallyvegan helpful, as she supports the concept that you can be vegan and still eat the foods you love.

After coming to terms with her main ethos as a vegan, George truly believes in intersectional veganism: “All oppression is linked and we should be speaking up against all of it — speciesism, racism, sexism, ableism, homophobia… all of it.” She also hopes to play a role in making veganism more inclusive, which will encourage others to be more open to the idea of being vegan.

Over the last ten months, George has educated herself about the ethical aspects of veganism and that it is so much more than just a lifestyle. She says: “It is an ethical position against the exploitation of animals, and I think more and more people are realising how cruel certain industries are and don’t want to be part of it.”

Although her page is fun and lighthearted, radiating positivity, George uses her platform to share her thoughts on various world issues, such as supporting the Black Lives Matter movement and many different marginalised communities.

“There is a quote that I really love: ‘None of us are free until all of us are free.’ Taken from American singer-songwriter, Janelle Monae, an inspiration for George, she says it perfectly encapsulates her ethos.

George is also passionate about vegan and cruelty-free makeup and skincare and that “animals shouldn’t have to suffer for our beauty.” She shares that she often suffers from breakouts and therefore likes to share vegan tips and products that work for her.

We also touch upon how certain brands still test on animals, like Estée Lauder, which is the parent company of brands such as Clinique, Bobbi Brown, and Origins. “I think it’s awful and completely unnecessary to still be testing on animals in 2020,” she tells me. “I hope more and more brands will switch over to become cruelty-free as the demand for vegan products increases.”

On her page, she posts makeup reviews and skincare IGTV videos, promoting vegan brands and educating her audience on the benefits that vegan products do to your skin, but also how you can achieve the same makeup look you desire by using vegan products. She has worked alongside The Ordinary, demonstrating its AHA 30% + BHA 2% peeling solution to help clear her breakouts.

She has found many vegan makeup brands that work for her, which she trusts to share to her fanbase. She explains: “I love MUA and B. by Superdrug because they’re both 100% vegan and cruelty-free, so it’s great just being able to shop freely without checking ingredients. They’re also really affordable, which is a huge bonus because people tend to think of vegan products as automatically being more expensive.”

George not only shares vegan makeup and skincare tips, but also has a love for baking. The comfort food she creates is vibrant and includes many vegan sweet treats such as doughnuts, tarts and the Pret vegan cookies. She explains that it was not difficult at all to find substitutes: “I’ve found it so easy, there are so many great options with lots of new ones being released all the time.”

Despite this, other than the wide range of alternatives available, George explains she often misses eating a classic Twix bar. She adds: “I might need to try making them myself, I have seen a few recipes out there.”

Although her journey only began this year, she has had immense success as a vegan blogger and has collaborated with BOSH! The vegan duo featured her recipes on their page for their Spotlight Saturday. She has also worked alongside Clare Every, participating in a story takeover to educate Every’s followers on vegan beauty.

“In the future, I would absolutely love to have my own makeup or skincare collection with a cruelty-free vegan brand, that would be my dream come true,” she says. Furthermore, she hopes to make her hobby as a vegan blogger into her lifelong career.

Mansi Vithlani
Mansi Vithlani is a journalism student at City, University of London. A vegetarian her whole life and a massive foodie, she enjoys discovering more about veganism and eating vegan cuisine! She enjoys investigating social media based stories and how its influence has made a significant difference in the last few years.
Previous articlePlant-based meat has merit over conventional meat, but not whole foods, says new study
Next articleTaiwan’s plant-based meat market is on the rise