Vegan market growth and what we can expect in the future 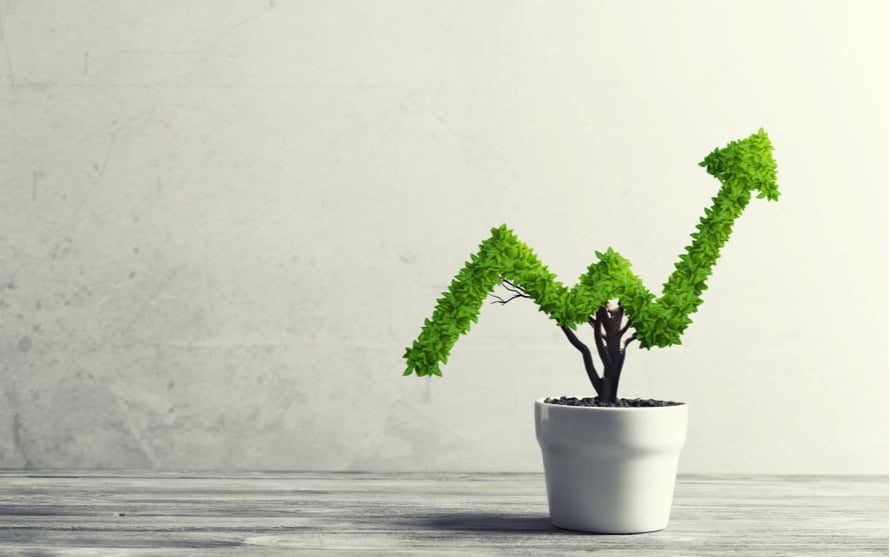 Vegan market growth is asserting itself in increasing and remarkable steps all over the world. Both for young and not so young consumers, communities that did not even have veganism yet popularised, now seem to be convinced by the interesting business approaches.

The food sector has clearly the lead in this matter, but it is necessary to mention the progress and changes that have been taking place in health, pharmacology, fashion and others areas, because finally investors are betting on a social transformation that will bring benefits.

That’s right, it is not only a moral issue to stop consuming animal-based products and change, perhaps, to a plant-based diet and use plant origin products, which are attached to the environment and are a high quality alternative to give that generational leap.

If we talk properly to the growth of “vegan” products, that is, whose production is far from any animal origin (this includes animal fats), we can see that the switch to vegan diets, the popularisation of organic cosmetics and also pharmaceuticals of natural origin and not tested on animals, increases not only its percentage of manufacture or distribution, but as a trend.

It’s not breaking news that many advocates of this movement have engaged thanks to the globalisation of standards and studies through social media, a very important element that helps to make awareness about the problems that damage the environment and, of course, harm our health.

But then, what has increased the vegan market growth rate and how is it projected into the future?

In 2019, Numerator released the “InfoScout OmniPanel” data report, which compiles trends for nearly half a million U.S. consumers, with the most relevant fact stating that 80% of this segment want to substitute animal products (including a meat-based diet) in whole or in small part.

Other details include that 21% plan to seriously replace all animal foods with vegan options, while 11% revealed that they have successfully put aside animal meat diet.

Of course, this is not limited to American society, which is certainly a great change factor and example at a global level, considering that the Trust for America’s Health (TFAH) published in its 2019 “State of Obesity” an alarming update on the annual obesity rate in the United States.

In the United Kingdom, a place especially famous for being home to one of the most committed vegan groups in the movement, which even established November 1 as World Vegan Day, we are seeing very significant changes that are put into perspective through this sector of active consumers who make companies aware of their needs.

The consumer knowledge firm, Kantar Worldpanel, rounded up 66 million Britons who consumed a total of 150 million vegan meals in 2018, while a giant supermarket chain like Sainsbury’s reported that 91% of the region’s inhabitants are replacing or somehow reducing their intake of animal products.

These are very high numbers, just as we could talk about balances in other populations, but the truth is that they all share an origin or a series of factors suggesting that, as consumers, we are linked to social and ethical evolution. So here’s where the global market trends start to change.

The food sector is leading in terms of taking changes in consumer habits globally, since food is related to a life quality, but is always linked to sociodemographic factors such as:

For this reason, the preferences and trends in consumer profiles, both for food and for hygiene, health and beauty products, show behaviours that vary thanks to the globalisation of universal standards and cultures.

This becomes evident when studying the communication flow that has support in social media, mass media, authorised voices that create opinion patterns are, definitely, fundamental to generate supply and demand of certain products at a local-regional level, when the tendency is to point to other geographical territories.

About the re-urbanisation of spaces, this affects communities and families (consumers) directly: the economic sectors of middle, upper-middle and upper classes are now seeking more than before to be part of centralisation and urbanism, which affects consumption patterns and generates demand for the new needs of new people.

This is carried out on a simple, small scale: the domestic life, which is followed by a generational change. This is not surprising, since the young people are the longest consumers of the digital age and are usually the standard-bearers of these vegan trends.

The market and the consumer profile are segmented even more, forcing companies and investors to bet on products focused on satisfying the new, popular needs, which are also of an ethical and moral nature, strong points of the vegan movement. This is because, in addition to taking into account the life quality of individuals, environmental awareness comes first.

The ecological issue is particularly sensitive from both sides, where 73% of active consumers globally are determined to change consumption habits to reduce their impact on the planet (data from Nielsen Global Connect in 2019), companies have the hard duty of adapting a sustainable model within a hostile environment of competition, because positioning products and vegan alternatives implies taking production and distribution costs and, as a consequence, the revaluation of shares in the stock.

This represents a very intense challenge for the business sector, where the decision making process and the way they manage to invest in solutions that bring improvement, infect and engage consumers, without losing their position in the market.

We can take the example of Beyond Meat, founded in 2009, a company that provides meat substitute foods to the Whole Foods Stores and also distributes its vegetable-based burgers to McDonald’s. The company in 2019 was very successful in going public, at $25 per share and achieving a sale of 9.6 million shares, without selling the shareholders’ ones in the IPO.

The result, after reporting a final prospectus a few months later, which allowed for the public offering of 250,000 shares in conjunction with pre-IPO shareholders, was a 250.0% net revenues increase in the third quarter of the year.

If we look at the food sector, only in the United States has the annual growth rate in sales of natural, plant-based or organic products, according to Whipstitch Capital in its report “Healthy Living Consumer Products” (2019), been as follows:

Adaptation process to vegan habits by companies is not all the same, as some choose to release organic/vegetable versions of their products, change ingredients, manufacturing methods or partner with well-positioned vegan brands, such as Beyond Meet in the U.S., Canadian and European markets, or Impossible Foods and its partnership with Burger King.

It is very important to understand the support that veganism is receiving from large investors; we talk about Bill Gates, Leonardo DiCaprio, Katy Perry or Serena Williams, whose economic and media support has managed to generate that opinion pattern and that impulse towards the habit popularisation.

We can see that veganism, as a social movement, manages to lead companies to grow their spectrum, creating products for those consumers who are not even totally vegan, but see it as an option: the flexitarians, a population who still consume products of animal origin but are looking for occasionally plant-based alternatives.

Then we have the dairy industry, which in addition to milk, includes products such as yogurt, cheese, ice cream and some sweets. This area has received a fairly significant economic injection, as by 2018, the sale of alternative dairy products represents more than 50% worldwide, partly because lactose intolerance is a quite common deficiency.

Respecting to “cruelty free” beauty products, which are not tested on animals because they are made with natural ingredients and minerals that cause less rejection by the body and secondary reactions, Grand View Research indicates that this market could reach $20.8 billion by 2025, leading to an annual growth rate of 6.3%.

Scientific studies and health agency regulations make it clear that this industry is an important source of change towards better health care, product safety and environmental awareness, with several companies joining the support of influencers, artists and investors.

This can be the case of the Fenty Beauty line, launched by Rihanna in 2017, or the Milk Makeup firm that decided to remove all its products whose ingredients are of animal origin: collagen, beeswax, etc.

The business and market consulting firm, Grand View Research, is forceful in its reports: they estimate that the vegetable substitutes for the meat industry may reach $5.8 billion by 2022. Even more shocking, the global market for vegan products has been valued at $12.69 billion (2018), projecting a 9.6% expansion between 2019 and 2025.

This puts us in perspective of the speed of acceptance and incursion in many sectors of the industry, since part of the growth in rates of vegan or organic products is due to the dominance of distribution channels and availability of channels for the product purchase.

For example, in 2018 the supermarket chain The Kroger Co. invested as a retailer in online food distribution platforms on major food routes: China, United Kingdom, Japan, France, Germany, Canada, the United States itself, as at least 48% of Americans buy groceries in online stores, a percentage that is increasing thanks to the advances of e-commerce.

Grand View Research also estimates that North America will continue to lead the global vegan food market due to high rates of obesity, related diseases, and the many environmental awareness and animal rights groups. However, it will be the Asia-Pacific regions that will experience the fastest growth (CAGR of 12.1%) in the 2019-2025 period.

In fact, the main companies and investors are already very focused on APAC (Asia-Pacific) because of this expectation, since the per capita income of developing nations, such as Thailand, China, Taiwan, Bangladesh or India, will contribute to invest in the market.

Alejandro Meola
Alejandro is a freelance journalist and writer with a degree in investigative development. He is experienced writing for digital media, magazines and radio, covering multiple sources and areas over the last five years.
Previous article5 Vegan-friendly boutique hotels around the world
Next article10 celebrities who are vegan and loving it!