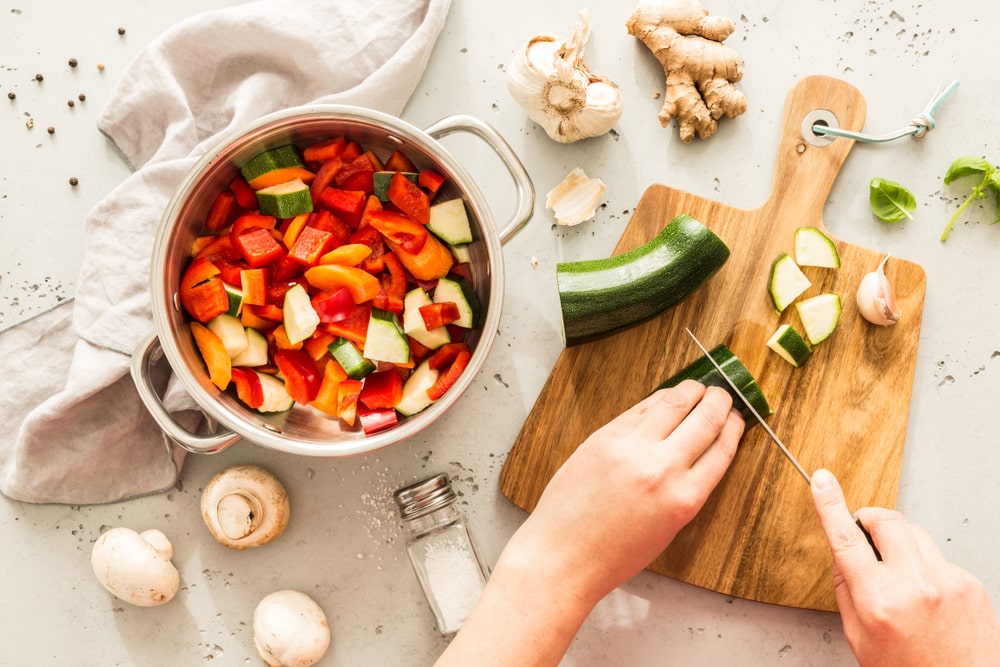 New Kantar research, commissioned by Veganuary, shows that vegan meals in the UK are cheaper and quicker than meat, fish and poultry equivalents.

Vegan food in UK households is cheaper and quicker to cook than meals with meat, fish or poultry, according to data collected by Kantar.

The research, commissioned by Veganuary, showed that on average, a plant-based meal costs £1.06, 40% less than main meals containing meat or fish, which average £1.77 per person. Kantar’s usage panel, which records 11,000 online weekly meal diaries from the UK, also revealed that in the 52 weeks ending in August 2020, vegan meals took one-third less time to prepare than its non-vegan equivalents.

A meat- or fish-based lunch takes 18.9 minutes to cook on average, while a vegan lunch is 37% faster, at only 12 minutes. Even for dinner, vegan meals are quicker at 25.4 minutes, compared to dinners with meat or fish, which are 32% slower at 37.5 minutes.

Additionally, Kantar’s shopper panel, which tracks purchases from 30,000 British households, found that in the year ending September 6, vegan households spent 8% less on grocery trips. The average vegan shopping basket was £16.47, while the non-vegan bill was £17.91.

Toni Vernelli, Veganuary’s communication head, said in a press release that the pandemic has led to a spike in interest in plant-based food: “But it has also sadly caused economic loss for many. This new study shows that people can protect their health, the planet and their pocketbook with a plant-based diet.”

With Veganuary reaching a million signups ahead of its 2021 campaign, she added: “Those of us who’ve been eating vegan for years know that it’s great value, yet somehow the myth has persisted that veganism is expensive and out of reach for some people. We now have the data to dispel this outdated idea once and for all. While some plant-based meat and dairy substitutes carry a premium, this study shows they are only a small part of a typical vegan diet and overall, eating plants costs less.”

Vernelli told The Vegan Review that vegan meals are cheaper because vegetables, nuts, grains and pulses are all cheaper to buy than meat and dairy, and that is because they are cheaper to produce. “Meals are quicker because you don’t have to ‘brown’ or cook the vegan protein source before adding to things like sauces, stews and curries like you do when cooking meat. There is also no food poisoning risk from undercooked plants, so that can reduce cooking time.”

The study also showed that 3.7% of the total spend from vegan households goes on plant-based meat alternatives. Vernelli said she wasn’t surprised by the small percentage: “I love vegan burgers, sausages and nuggets but I don’t eat them every day, because you can cook amazing things with vegetables, grains, pulses and nuts too.”

Anay Mridul
Anay is the managing editor of The Vegan Review. A journalism graduate from City, University of London, he was a barista for three years, and never shuts up about coffee. He's passionate about coffee, plant-based milk, cooking, eating, veganism, writing about all that, profiling people, and the Oxford Comma. Originally from India, he went vegan in 2020, after attempting (and failing) Veganuary. He believes being environmentally conscious is a basic responsibility, and veganism is the best thing you can do to battle climate change. He gets lost at Whole Foods sometimes.
Previous articleSystemic racism: history dictating America’s current food apartheid
Next articlePlant-based food startups: Who, why and how?