Are vegan meat alternatives sustainable for the planet and us? 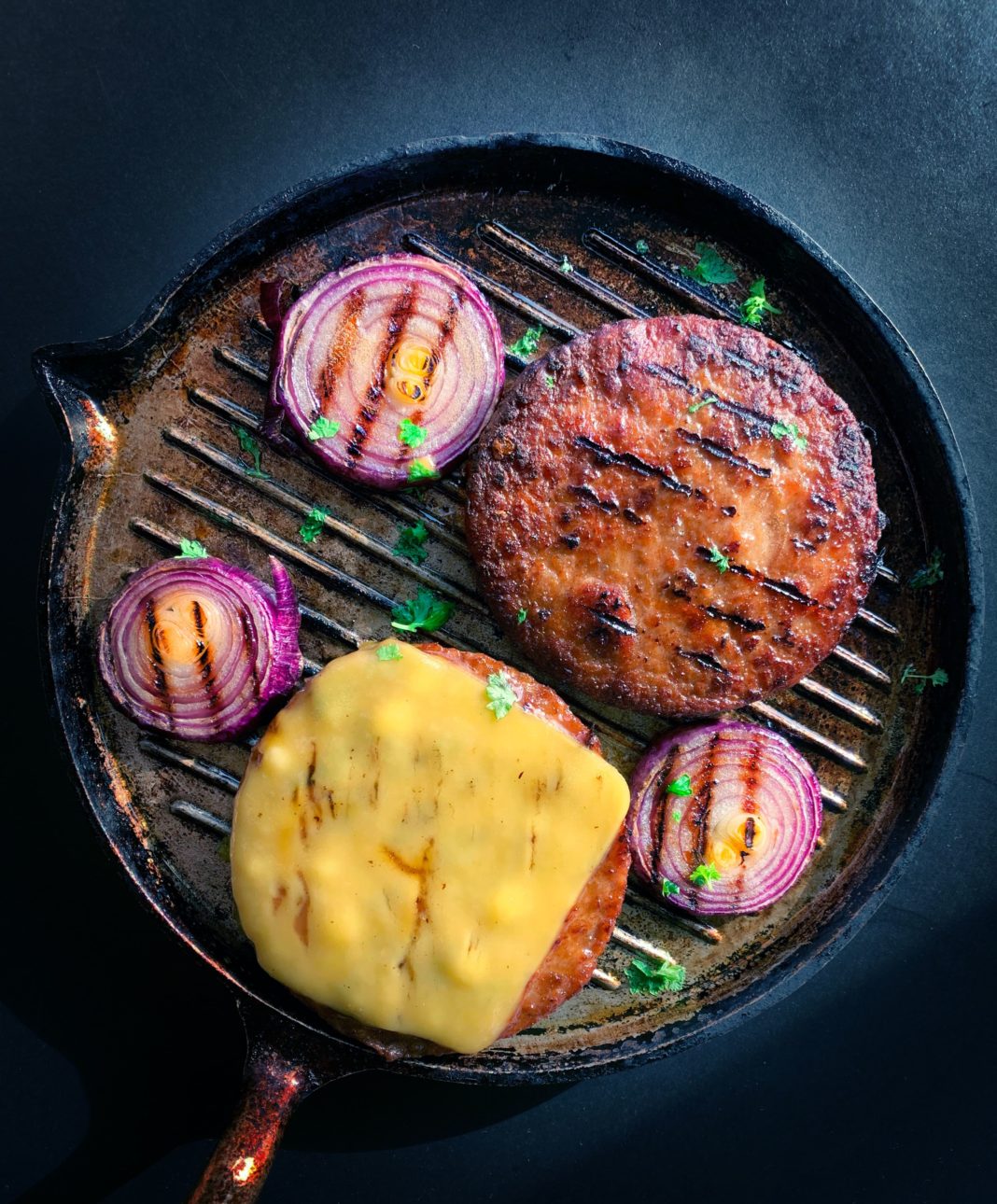 According to Nielsen, the sales of fresh plant-based meat alternatives in America have increased by 279.8% since the start of the coronavirus pandemic. What’s more, the UK-based brand The Meatless Farm Company has seen a 149% increase in sales in the last year. Sales are increasing so quickly that UBS predicts that they will reach a total worth of $85 billion in 2030 in the US alone.

Alongside this rise in consumer interest is the increase in investment, with This, the London-based alternative meat company, securing £4.7million worth of investment just 6 months after launching in stores.

These staggering developments have certainly taken the vegan world by storm and the innovations in plant-based meats are encouraging flexitarians all over the world to choose them as a more sustainable option. But are they as sustainable as we would like to believe, for both our own personal well-being and for the future health of our planet?

What is Fake Meat?

Vegan meat is not a new concept. For example, Buddhists that base their diets on the Dharmic concept of Ahimsa have made plant-based alternatives out of tofu, mushrooms, and other natural ingredients for hundreds of years. Nowadays, our concept of fake meat is quite different and products can be made out of a variety of ingredients, such as soy and pea protein isolate, cultured dextrose, and modified food starch.

Typically, vegan meat can be divided into two categories:

Cell-based protein is where an animal cell is taken from an animal, grown in a lab, and then differentiated into the type of meat that is desired. Companies such as JUST Meat and Higher Steaks are two of the more well-known companies working on getting their vegan meat to market. Whilst this is a much safer and cleaner way to eat meat, it is still currently very expensive to produce and difficult to scale up, so we’ll focus on plant-based protein in this article.

Plant-based protein meats are made using protein extracted from plants, which is combined with other ingredients to create a “meaty” product. The combination of ingredients is hugely variable and some products are much more processed than others. Examples include Beyond Meat, Impossible Foods, This, and Meatless Meat.

This is where things get a little bit more complicated. A Harvard study in 2016 suggested that people who consume more plant-based protein as opposed to animal protein have lower overall risk of death. However, the plant protein in these studies have always mostly been from beans, pulses, and nuts, rather than vegan meat. So let’s break down the nutrition of these meat alternatives.

Based on calories, fat, and cholesterol, vegan meat is usually healthier than animal-derived meat. For example, the Impossible Whopper is lower in all three of the aforementioned baddies, but only just! On the other hand, many plant-based meats use a significant amount of sodium in order to replicate the flavour of real meat. 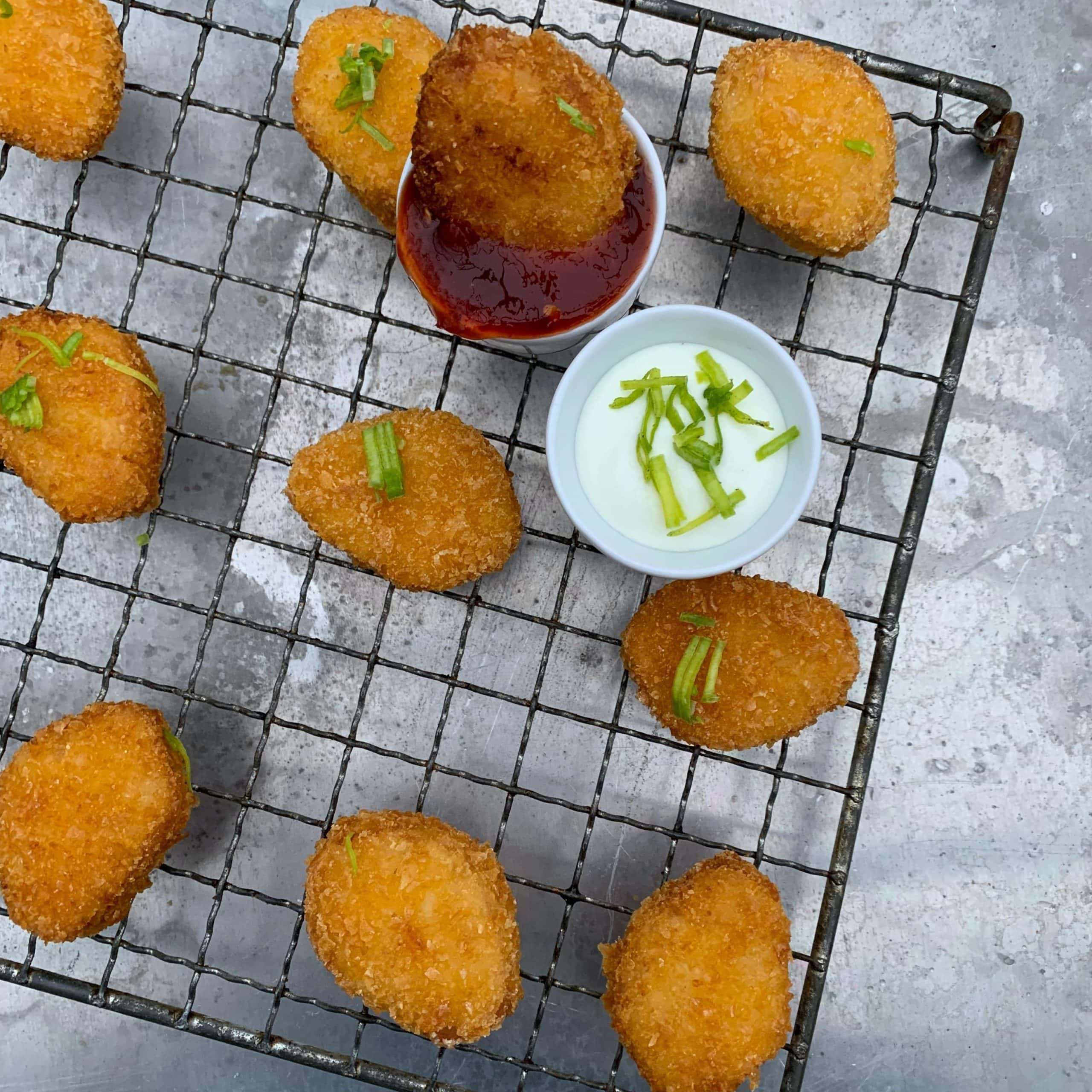 Nevertheless, Impossible Foods do not claim to make a healthy alternative and, instead, focus on environmental sustainability (more on this later). They do, however, deliver on protein content, which racks up at 25g per burger – and they certainly taste realistic! There are, of course, healthier examples of vegan meat alternatives that use less additives and far fewer processed ingredients, but they usually don’t match up to brands like Beyond Meat and Impossible Foods when assessing how realistic they taste.

Another health benefit of plant-based alternatives is that they are frequently fortified with other important nutrients, such as vitamin B12, calcium, and iron. However, they are still a processed food and many ingredients that seem nutritious actually lose a lot of their value after they have undergone some of the processing.

Approximately 1 in 5 antibiotic-resistant infections are caused by bacteria transmitted through food and animals. These infections occur because of the widespread use of antibiotics to deal with overcrowding and filthy living conditions in animal agriculture. 70% of medically important antibiotics (used for treating human diseases) produced in the US are sold to this industry! This overuse has led to the spread of antibiotic-resistant bacteria in farm animals, which go on to contaminate people through direct contact, farm runoff, and contaminated meat. 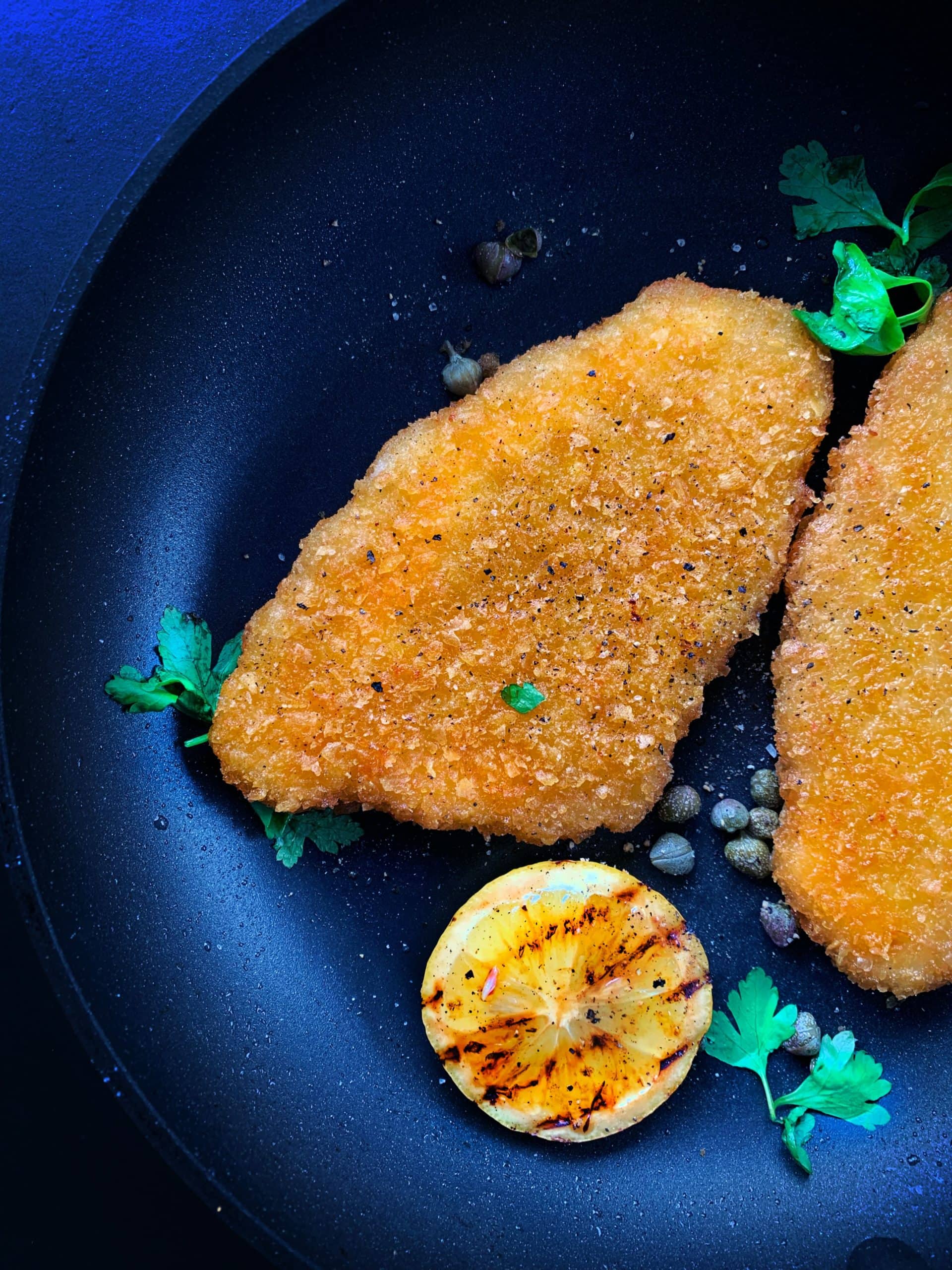 This is just one example of zoonotic diseases that can spread to humans from animal protein. Other, more well-known examples include Ebola and our current pandemic, COVID-19. The link between the two is irrefutable, so by eating vegan meat alternatives, we are considerably lowering the risk of zoonotic disease outbreaks.

Is Vegan Meat Better for the Environment?

These figures are incredibly striking, but are they true? Many researchers remain sceptical that these statistics are reliable because they are based on third-party potential estimates of emissions and the brands are not always as transparent as they make themselves out to be.

According to the Business Telegraph’s version of Marco Springmann’s opinion, a senior environmental researcher at Oxford University, the Beyond Meat and Impossible Foods’ processed products produce half the emissions of chicken but have a carbon footprint 5 times higher than a bean patty. 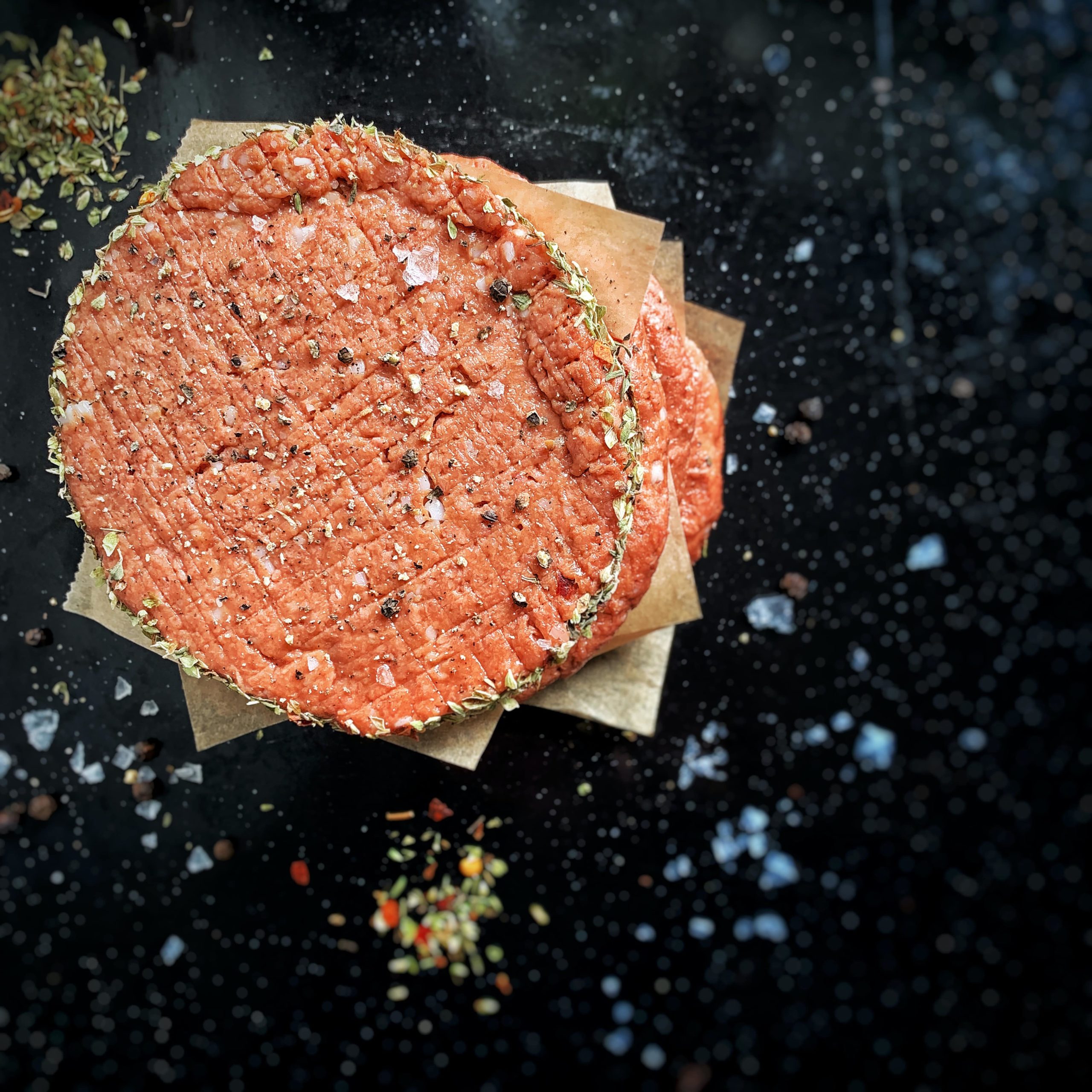 Should we be happy about replacing meat with something that’s merely better, or should we be pushing for the best alternative for our planet? And what about the issues with scaling up? Will vegan meat produce more emissions if demand increases and companies don’t carefully plan their growth?

Herein lies another problem: whilst conducting online research for this article, I discovered websites that made contrasting statements and statistics. I’ve even had trouble working out what exactly the aforementioned Springmann has declared. For instance, whilst some news channels stated that he claims processed vegan products produce half the emissions of chicken, others say that he claims they produce the same as chicken and even go on to say that their emissions fall somewhere between chicken and beef!

In today’s world of widespread internet and fake news, it’s often difficult to know the difference between fact and fiction. Therefore, it’s best to take any claims made by big companies trying to make a profit with a pinch of salt!

So, Is Vegan Meat More Sustainable?

From the evidence, I think it’s easy to say that vegan meat is better for our future in terms of preventing outbreaks of antibiotic-resistant infections and other zoonotic diseases. Certainly, the production method is also more secure during a pandemic. However, the danger is that we might blindly buy plant-based meats as an alternative to real meat thinking that they are nutritiously healthy and good for the environment. In reality, they may not be as healthy as we think and could even have a significant carbon footprint. 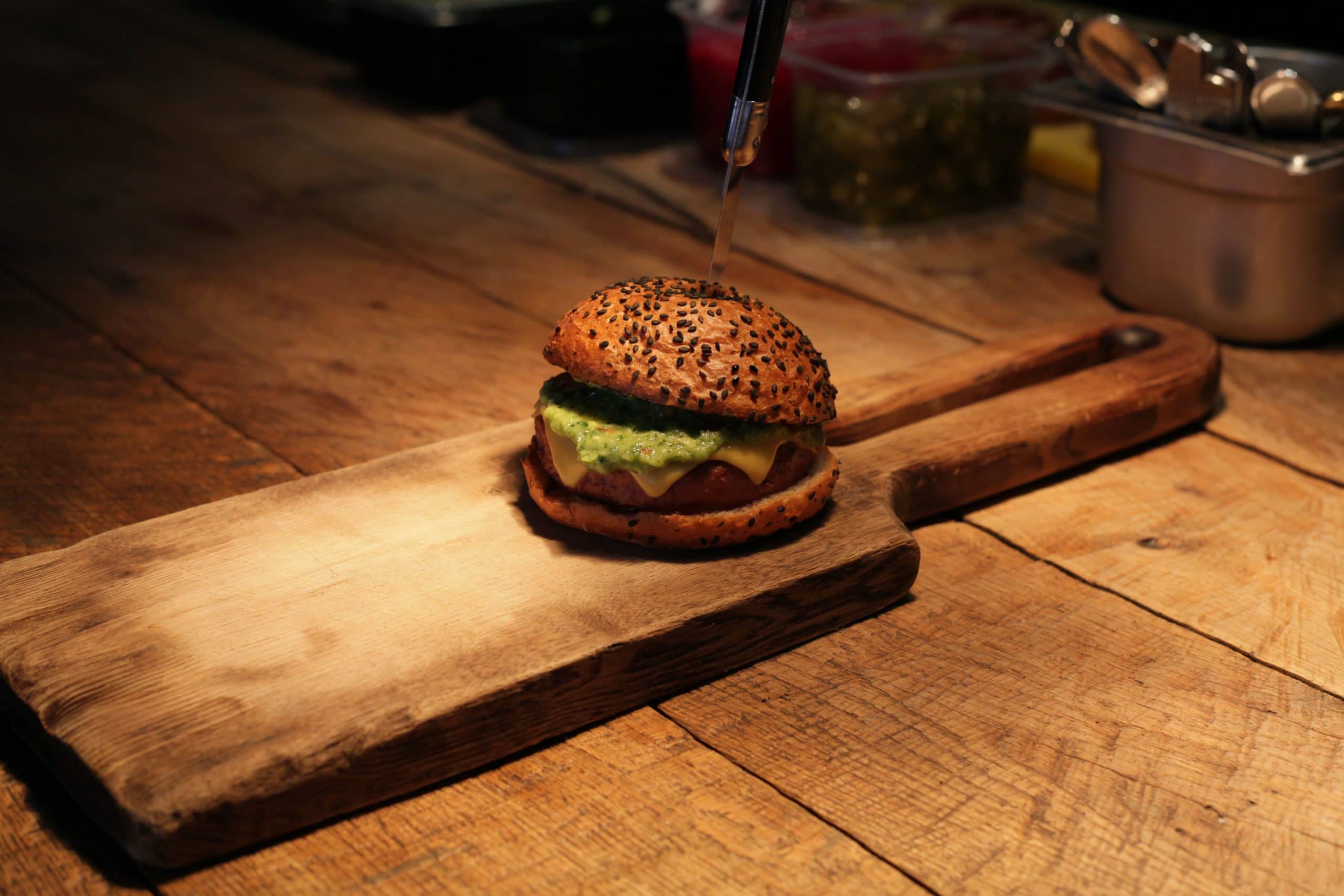 To contend with this, we should be more mindful of what we eat instead of instantly believing the marketing of vegan products and company greenwashing. Simply because a brand is vegan does not necessarily make it healthy and/or sustainable. Perhaps, instead of thinking of plant-based meat as a sustainable alternative to animal protein, we should instead view it as convenience food?

As for me, I’m definitely not perfect! I love a good Beyond Meat burger occasionally, but for the most part, I’ll endeavour to find more sustainable meat alternatives. Homemade mushroom patty anyone?

Alice Johnson
Alice Johnson is a freelance writer, keen musician, and co-founder of Vegan Sisters’ Online Community, which offers training courses for content writers. She is passionate about public health, animal rights, sustainable living, plant-based food, travelling, conservation, and rescuing stray animals on her way around the world. Alice has made appearances on BBC News and her work has been published in national scientific journals, print magazines, and on web-based news channels. When she’s not in the kitchen experimenting with cashew cheese, homemade body moisturisers, and vegan kimchi, you probably won’t be able to find her as she will be off gallivanting around the world.
Previous articleZoe May: Vegan activist bearing emotional strain
Next articleCan Pets Spread The Coronavirus?