Vegan Mob: the plant-based pioneers cooking up love in Oakland 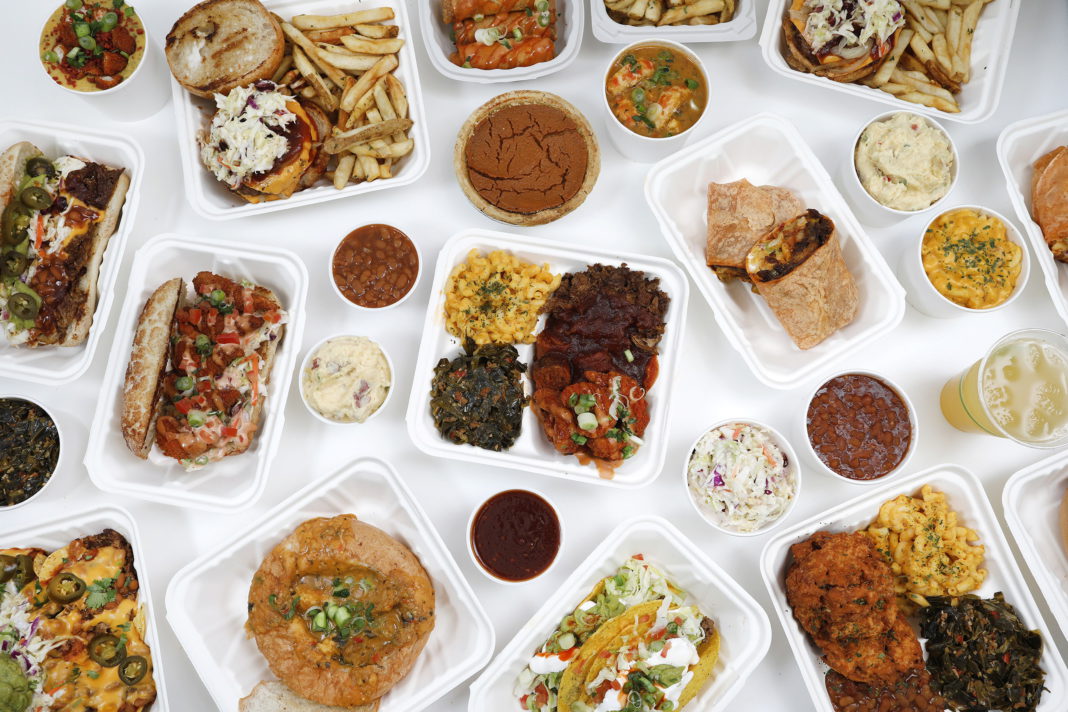 Bringing plant-based barbecue and soul food to the San Francisco Bay Area, Vegan Mob is a passion project born out of community empowerment, knowledge sharing and a love of traditional flavours.

Ask anyone in or around Oakland where’s good for plant-based food and they’ll all tell you the same thing: Vegan Mob. They’ll also, more than likely, start waxing lyrical about the plant-based brisket too, but we’ll get to that in a second.

The restaurant is a coming together of chef Toriano Gordon’s passion for all things vegan, as he enjoyed a serious awakening after turning plant-based himself. Fuelled by a desire to share the knowledge he gained via his own journey, he decided to utilise his other obsession — cooking — as the ultimate force for good.

Read our story about the uptake in professional plant-based cooking. 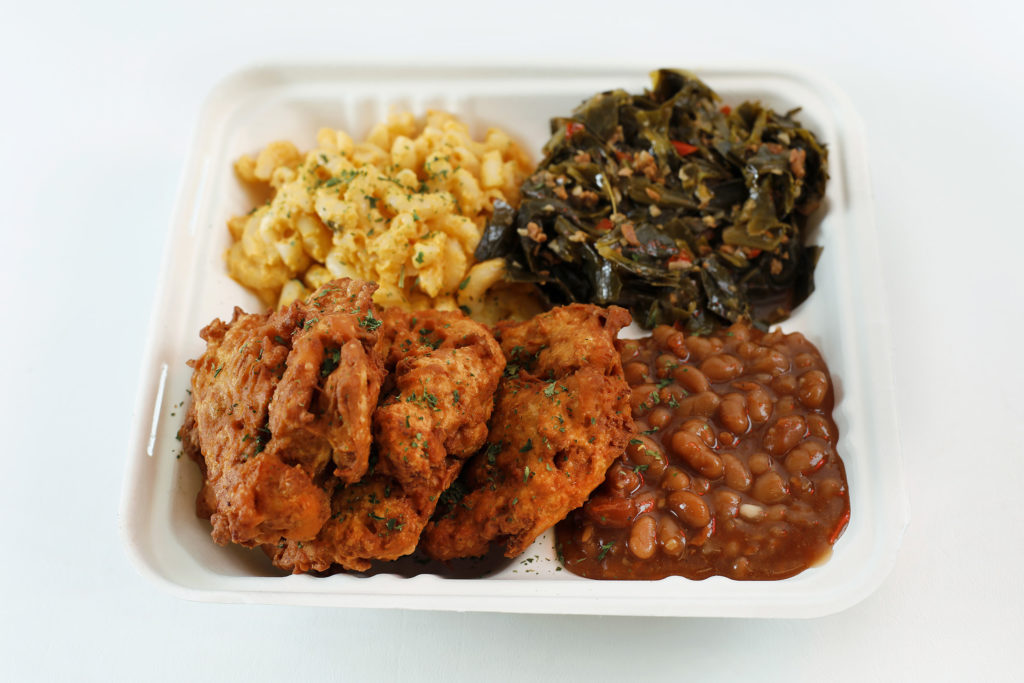 Citing its mission to offer healthy vegan food that tastes great to the surrounding community, Vegan Mob made the clever decision to veganise what people already knew. This meant that here was no sacrifice required and only health to gain.

It’s a bold methodology and one that numerous animal-free restaurants have adopted, but Gordon and his team are enjoying particular success. The reason? It’s got to be the enticing mix of authentic soul food and barbecue fusion that turns every stereotype about vegan food on its head.

Lumpia & Garlic Rice: Fried Filipino lumpia with a smattering of Impossible meat, plus onions and spices. Crispy and satisfying, the spring-roll like appearance and taste works so well with a portion of flavoured rice.

Da’ Renz: The shrimp po boy nobody ever thought could be veganised. Barbecue fried ‘shrimp’ on Dutch bread with a Cajun drizzle and slaw to die for. 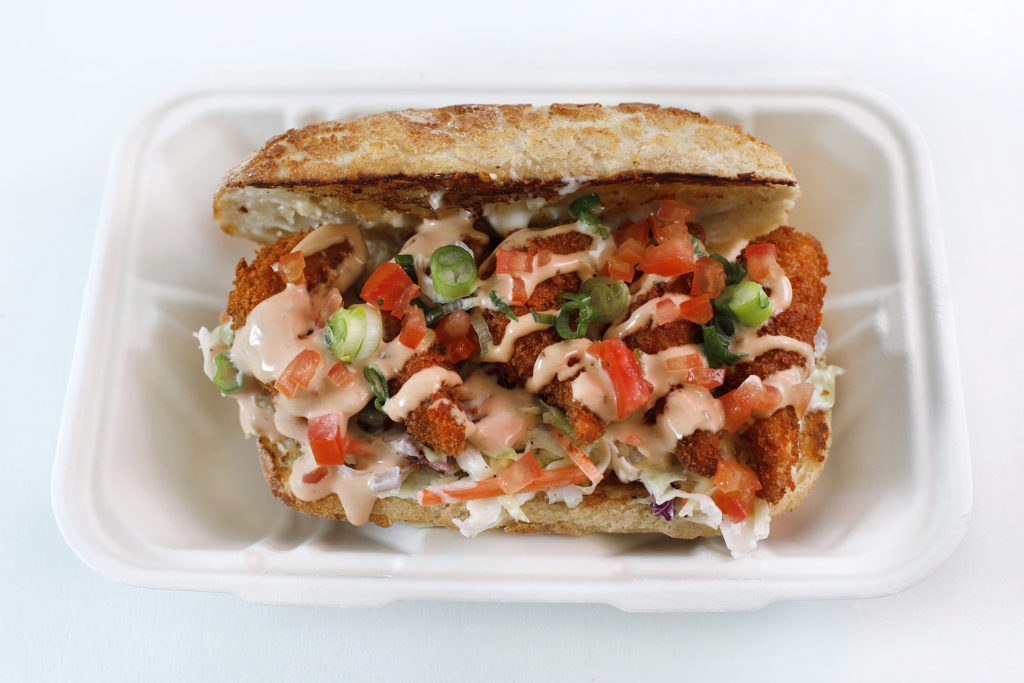 Gumbo Cup: Gumbo fanatics take their favourite dish seriously and this one has been given the 5-star seal of approval by vegans, veggies and omnivores alike. Vegan shrimp and sausage links make for an authentic taste of Louisiana that feels like southern hospitality in a bowl.

Bringing a range of cuisine styles together, with all available as single dishes, meals or as a family pack or party tray, nobody ever leaves hungry. Even the most discerning soul food critics have to tip their caps to the Mob crew, as the sides and desserts round out the experience with respectful nods to traditional additions. Yes, we do mean candied yams, peach cobbler and the always nostalgic sweet potato pie. Because it’s not a family meal without a sweet and heavy dessert for afters.

It’s not just small parties and families being catered to by Vegan Mob, though, with large gatherings and corporate events being something of specialities for the team. At one point, it might have been a surprise to see a plant-based restaurant stepping up as one of the most popular caterers in the Bay Area, but the menu leaves no doubt as to why the calendar is frequently fully booked. 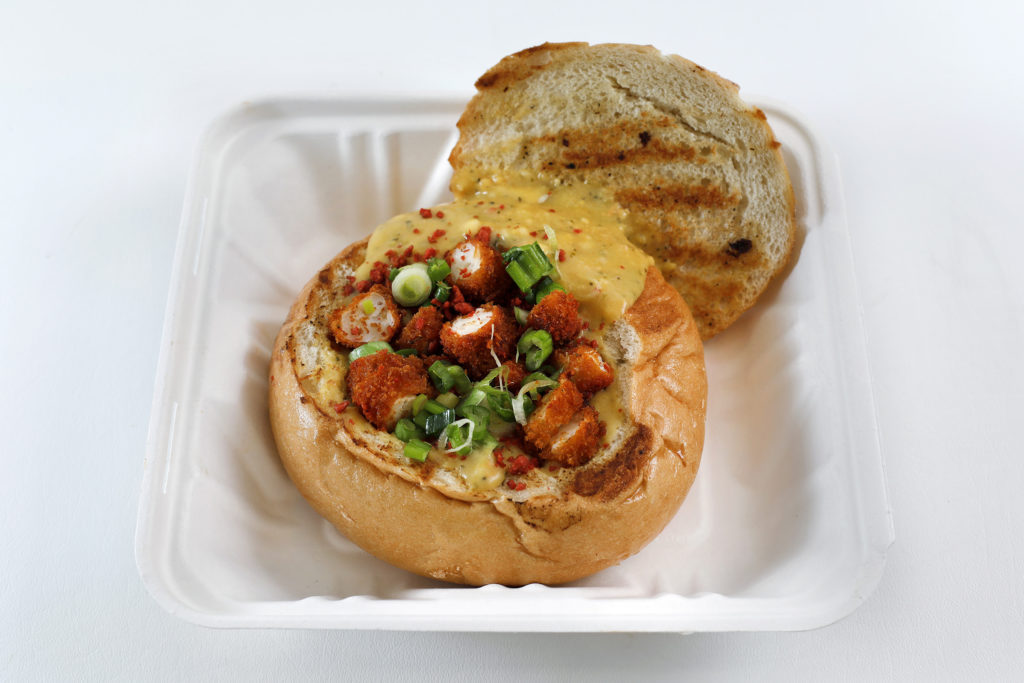 Vegan Mob is a clever name. It plays on the notion that as plant-based eaters we are an exclusive crowd, but it also gives rise to the idea that as a collective, we are a powerful and unstoppable force. Gordon and his team like to think of themselves as the latter, with beautiful intentions all underpinned by love and personal growth.

There’s also something of a specific Vegan Mob culture in play, thanks to the merchandise being popular with restaurant regulars and a seriously strong social media presence.

Gordon has sought to open up the vegan community with his love of plant-based cooking but little did he know that he would create a whole new family within it. That’s the power of opening a business fuelled by conviction and intimate experiences, and that’s why foodies travel from miles around just for a Vegan Mob po boy.

Amy Buxton
Amy is a committed ethical vegan, raising a next generation compassionate human with her husband and their beloved dog, Boo. A freelance writer with a background in PR, she decided to use the COVID lockdown period to refocus her client base and has come to The Vegan Review as a senior writer and editor, before moving into her external content director role. "What we should be doing is working at the job of life itself" is Amy's mantra, courtesy of Tom from The Good Life.
Previous articleWho or what is the Slutty Vegan everyone is talking about?
Next articleCompton Vegan: bringing soul food and community into perfect harmony