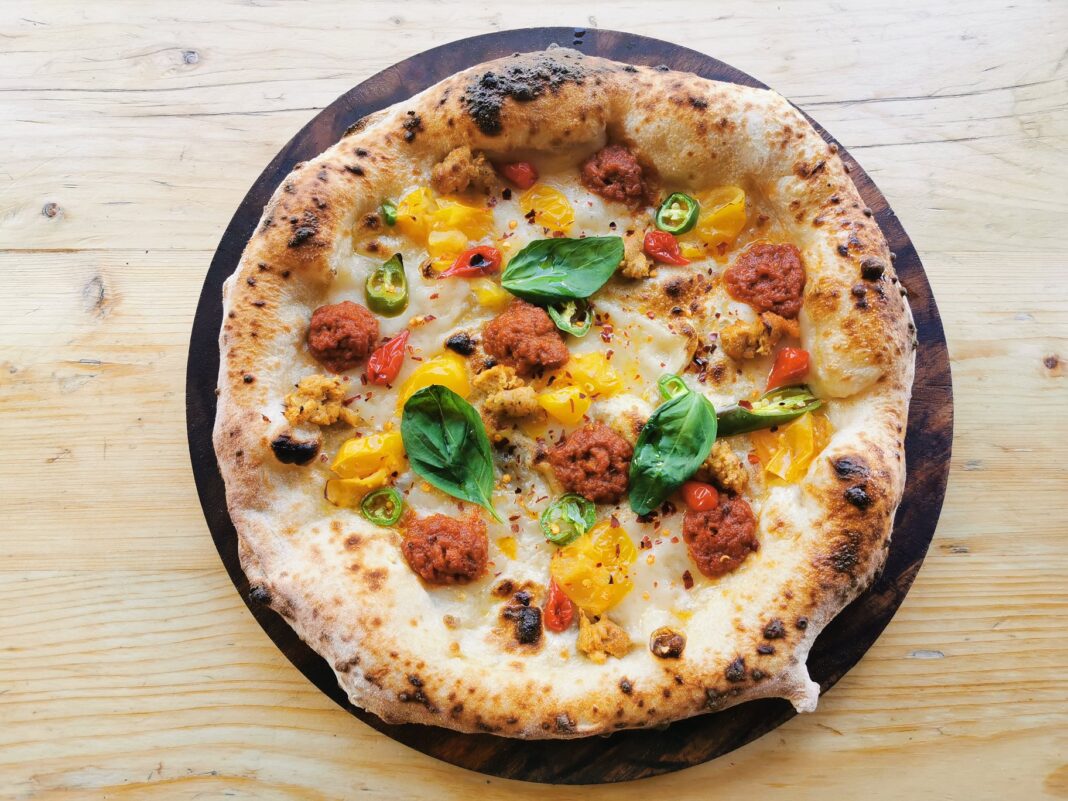 Vegan pizza chain Purezza has secured £2.4 million in funding rounds, and is making plans for expansion and growth.

The UK’s first vegan pizza chain, Purezza, has received funding by a number of investors, including Veg Capital, and MVK Group, a holdings company in London, as it prepares to expand its locations and develop a mozzarella brand.

Vegconomist reports that Purezza, with locations in Brighton, Hove, London and Bristol, now has the funding for “a brand new 8,000 square foot retail space in Brighton”, which Veg Capital will be specifically focused on.

Veg Capital’s CEO Matthew Glover, who is also the founder of Veganuary, said: “Vegan cheese is the holy grail for the plant-based movement, and the team at Purezza have developed the most realistic alternative to dairy-based mozzarella we have tried. Our investment will help the Purezza team accelerate their move into the retail sector.”

Purezza, founded in 2015, is backed by “a consortium of investors and retailers from the Middle East, Asia, Europe, and USA, allowing the chain to both expand its UK presence and to develop to overseas markets through its global network”.

Manish Karani, CEO of MVK Group said: “Purezza has proven to be one of the pioneers in the vegan food industry, and we are proud to be working with them in becoming one of the leading restaurant and retail brands across the world.”

Purezza is amongst many vegan businesses that have been growing or securing funds and investments this year, including Australian tech startup Change Foods. which received an investment from vegan entrepreneur Simon Newstead, and the UK’s Gosh! brand, which invested £4.5 million to upscale and meet demands after a successful financial year.

In particular, the plant-based meat sector has grown considerably, in spite of continued opposition and challenges from the animal agriculture industry, namely trying to stop brands using terms like “burger” and “steak”. The EU recently rejected those calls for a labeling ban, but plant-based milk brands are still banned from using terms like “cheese” and “milk”, even though consumers are rarely confused about what they are buying.

Jessica Fox
Jessica has been vegan for nearly 20 years; over the past 8 years, she has been actively involved in the London vegan community, organising and hosting a variety of vegan events.She also regularly hosts walks, potlucks, and art/creative writing workshops. Jessica is an artist, writer, and genealogist; she loves photography, swimming, and walking in the countryside and seaside.
Previous articleWorld Vegan Month: Being plant-based in Israel
Next articleVegan pies to the rescue of University of Aberdeen students