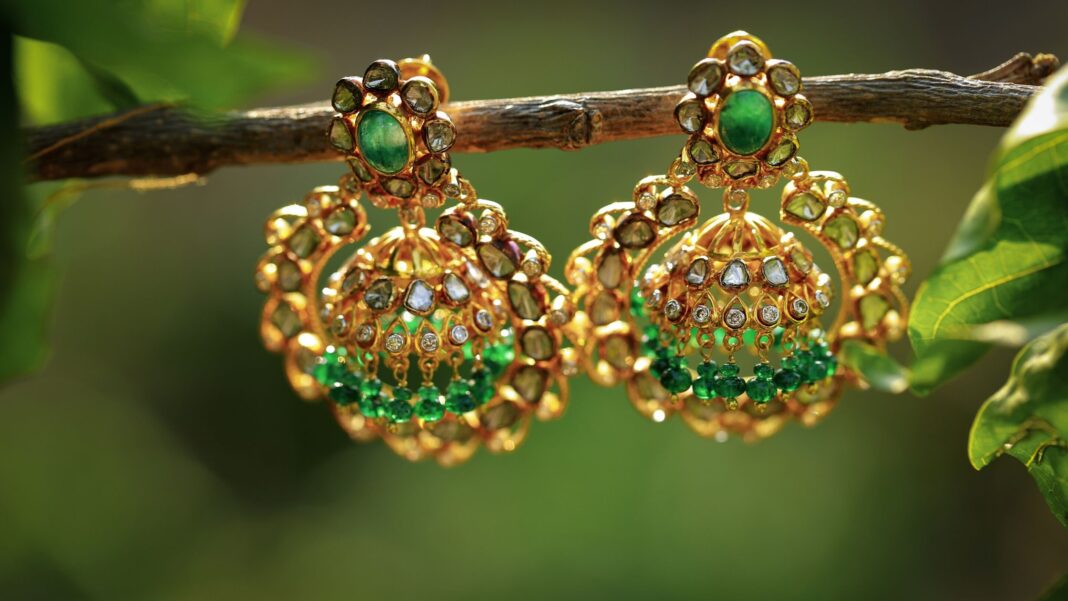 The World Plant-Based Taste Awards 2021 are open for submissions

There’s a lot more to vegan jewellery than just being free from animal products, part of which is sourcing and climate impact.

Other than having jewellery free from any animal products, which is also cruelty-free, there are so many more reasons why jewellery is vegan. It involves how the parts are sourced, and what the environmental effects are.

Sourcing animal-derived materials such as silk, beeswax and leather does have an impact on the environment, owing to the chemicals used and the large amounts of land and water being sacrificed.

A prevalent material for jewellery is goal, which, when not mined sustainably or ethically, is known as dirty gold. Dirty gold mining is known for destroying landscapes and ecosystems, contaminating water supplies and releasing toxic substances like cyanide and mercury into the environment, all to obtain the material.

However, the term ‘dirty gold’ refers to the primary source of production (straight from the ground). But the UK rarely uses primarily-sourced gold when making accessories. Instead, over 80% of its gold is recycled, i.e. from secondary sources. And there are companies like The World Gold Council that track and ensure the mining and end processes are sustainable and adhere to the ethics.

There’s also a big question about whether the materials received were made ethically. In the 1990s, diamonds were illegally exploited in parts of Africa to fund rebel militias in wars, and have been a problem in Angola, Sierra Leone, the Democratic Republic of Congo, Liberia and Guinea. These diamonds are called conflict or blood diamonds.

Fortunately, after the introduction of the Kimberley Process Certification Scheme in 2003, which is backed by governments, the United Nations, and some NGOs, conflict diamonds have now rarely entered the mainstream diamond market due to its preventative measures. The scheme ensures that the stone has come from legitimate sources and not from conflict, and only ‘rough’ diamonds —  sourced from the ground and yet to be cut and polished — are in the supply chain.

Many jewellers do prefer to buy their jewels from Western countries where labour laws are maintained. But as they have a higher environmental cost, many buy from countries where the loss is lower.

Ethical stones also apply to gemstones like amethyst, ruby and emerald, which are sourced from places that have fairtrade principles, like Africa. This improves the way they treat the environment, labour practices, and health and safety measures. Not only are the jewels made ethically, but the trade will also provide for those relying on artisanal mining and gemstone production, like small businesses and charities.

As a way to show support for veganism, animals and the environment, there has been a rise in vegan-themed jewellery. These pieces of jewellery are not only made using cruelty-free, ethical and sustainable measures, but they also show a symbol of things related to veganism.

Despite the perception that vegans only eat fruits and vegetables, you can always show your appreciation for plant-based food by wearing a pendant or earrings of your favourite fruit or vegetable.

One of the many reasons one chooses to go vegan is because of environmental concerns, so showing your interest and love for the environment by wearing a pair of leaf earrings or a tree pendant could be a subtle way of displaying it.

There are so many pendants that have the iconic ‘V Is for Vegan’ symbol with a leaf. But some accessories have the words ‘vegan’, ‘peace’, and ‘love’, as well as quotes related to the planet and animal welfare. This provides a bold statement about the movement and one’s stance on veganism.

If you cannot wear anything made from an animal, you could show your support for them by wearing animal pendant (or related) jewellery. Companies like La Menagerie donate 5% of their proceeds to the World Wide Fund for Nature when you buy their animal pendant necklaces.

Anam Alam
Anam is a freelance writer for The Vegan Review and a student studying journalism. She is a passionate writer who possesses a range of skills ranging from audio, video, editorial and creative writing. Her goal is to educate the public and the world with stories that she feels need to be talked more about in society.
Previous articleFarmers to Unite with Animal Justice Groups
Next articleSummer Must-Haves: The Best Vegan Suncare