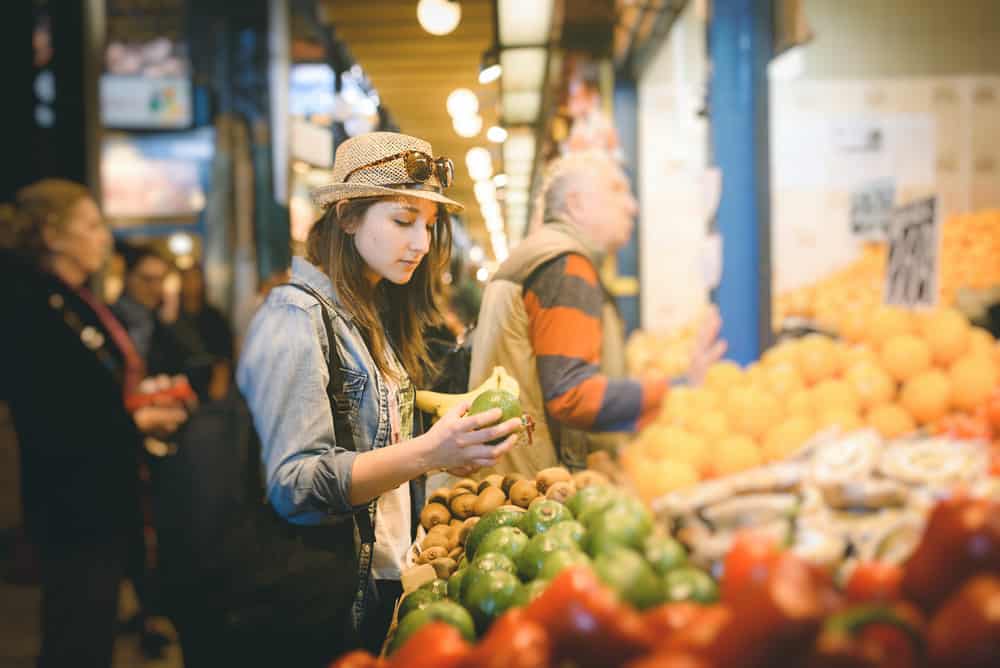 People will look to travel as soon as borders reopen, but what if they follow a vegan diet? It isn’t easy, and there’s strength in numbers.

This would be a standard conversation between a vegan diner and a server in a restaurant somewhere in Indonesia. The customer asked for a vegan meal and was offered a choice between Urap, vegetable and coconut salad, capcay (mixed vegetables) and fried tempeh.

I mention Indonesia, but this could be any other place. The point is: we just want to travel.

Since Boris Johnson announced the roadmap to ease lockdown measures, holidays bookings have skyrocketed. However, the government advises caution. Although there are great destinations to visit worldwide, and veganism is expected to have a growing influence on the travelling industry, things can turn a little tricky if you’re a touring vegan.

Ironically, Geoff Stamp, executive director of Vegan on the Map, believes the number of vegan-friendly restaurants and the quantity of meat eaten per capita tend to be proportional. For example, he highlights Iranian cuisine: “Persian cuisine is traditionally vegan-friendly, and the local people have been so amazingly friendly and welcoming.”

He adds: “Another contender is Ethiopia during the fasting season when the whole country turns vegan for a month, and it is difficult to find a restaurant that serves meat.

“For world-leading inspiration, we can turn to Bhutan, where killing animals is illegal, and they have progressive policies to make the whole country organic only. It’s where they use a National Happiness Index instead of GDP as a measure of success. Now, isn’t that an incredible thing and a shining example to us all?”

Pawel Kowalczyk, 35, is a digital nomad. He spends half the year travelling as a skipper with Shinayne Sails and half taking small IT jobs around the world. At the moment, he says he’s “just 95% vegan”, as he sometimes eats eggs. But he is mostly a fruitarian, though.

For Kowalczyk, nomads’ and vegans’ mindsets are related. “It’s a journey to the roots when we were living a tribal life, close to nature, with non-processed food, when we were free.”

He thinks Europe has easy access to vegan shops and countries. Furthermore, as a sailor, he likes islands: “Malta is on a good way there too, but it is not booming yet. There are fruit and vegetable trucks scattered around everywhere. It is easy to resupply your favourites.”

Although in the Philippines, there is plenty of access to fruit and veggies, he did not have a good experience: “Once I ordered a veggie chop suey, but it came with chicken, with the explanation that ‘it is tastier that way’. Sometimes you could get oyster sauce as well.”

Geoff Stamp set his club of vegan nomads: Vegan on the Map. They go from one place to the next “slowly” because “it takes time to immerse yourself in the local culture and meet the people and places”. There is a new style of trips: getting off the bus, taking a photo, and getting back on the bus, it can get many likes on social media, but it doesn’t give all travelling experiences.

Stamp and his club rather reach a place, set up a vegan camp, and from there, undertake tours and activities. At some point, they feel the need for moving to the next place and start again.

People in the camp usually are young adults (25 to 45), mostly from Europe and North America. Most of the time, they are creative professionals who can work remotely, something that is likely to be the norm in the near future. In the camp, they have culinary workshops, sports, yoga sessions, and music jams. “We are a travel club, so we impose nothing. We say come for a week, a month, a year…”

At the moment, they are in Chiang Mai in Thailand for three months. They will focus on the Phuket Vegetarian Festival, which takes place in October and lasts nine days.

Juanele Villanueva
Juanele Villanueva is a freelance journalist passionated with Environment Affairs. He is originally from Spain and started to be interested in the Environment and sustainability when he was in his masters at the University of Salford. His goal is to share stories which change the general belief that being eco-friendly is just for wealthy people. Moreover, the vegan diet is the easiest step that everyone can do to reduce its environmental footprint. He is also interested in conservationism, recycling, renewable energies and environmental policies
Previous articleBig bites in the Big Apple: the best vegan restaurants in New York
Next articleOatly to build one of world’s largest plant-based milk factories in the UK