Discount and voucher services have taken the internet by storm in the last few years. But it isn’t always easy to sift through them and find offers for brands that align with your lifestyle. If you’re plant-based, or someone who buys a lot of vegan products, that’s a common struggle.

Lee Jeeves was like you. As a support worker, he used to receive discount cards for various products. But as a vegan, he had the idea of applying that model solely to plant-based services.

Lockdown was hard for every business — even as plant-based eating soared — so the idea if helping brands connect with customers made the project even more appealing to him. “I contacted a few companies to gauge interest and once a few signed up,” he tells me, “I knew that I was onto something great.”

Jeeves has been vegan for six years. It started after his daughter was born. She suffers from a severe milk allergy, so he went about looking for plant-based milk alternatives. “Eventually, we had to eliminate cow’s milk from the house entirely, after a couple of incidents caused her to have a reaction.” When researching alternatives, he came across the viral video, Dairy is Scary. Soon, his curiosity led him to watch just about every animal rights video available. “The message struck a chord with me,” he says, and he transitioned to a plant-based diet.

When he reached out with those first few companies, Jeeves thought it would be very difficult to get them to join the Vegan Vouchers programme. But when big brands like Dr.PawPaw and Westlab came aboard early on, he was surprised. “[That] definitely helped me in my vision to where I wanted this to go.” Vegan Vouchers doesn’t charge the companies any fees, which was a popular incentive for them to join. “That, and maybe a bit to do with my charming ‘cold’ emails,” says Jeeves. “Who knows?”

Since Jeeves doesn’t take a commission on any brand’s sales either, Vegan Vouchers runs on a subscription-based model. The three plans include a free one, premium access and the premium and VCard model. The VCard is the UK’s only physical vegan discount card. It’s made from FSC-certified bamboo and vegan ink. While it expires after one year, it is biodegradable.

While Jeeves would love for all companies to be 100% vegan, Vegan Vouchers does list companies that aren’t fully vegan but have products that are. “We ask that they offer a substantial range of vegan products or services in order to qualify, and we also ensure that the discounts only apply to vegan items,” he says. 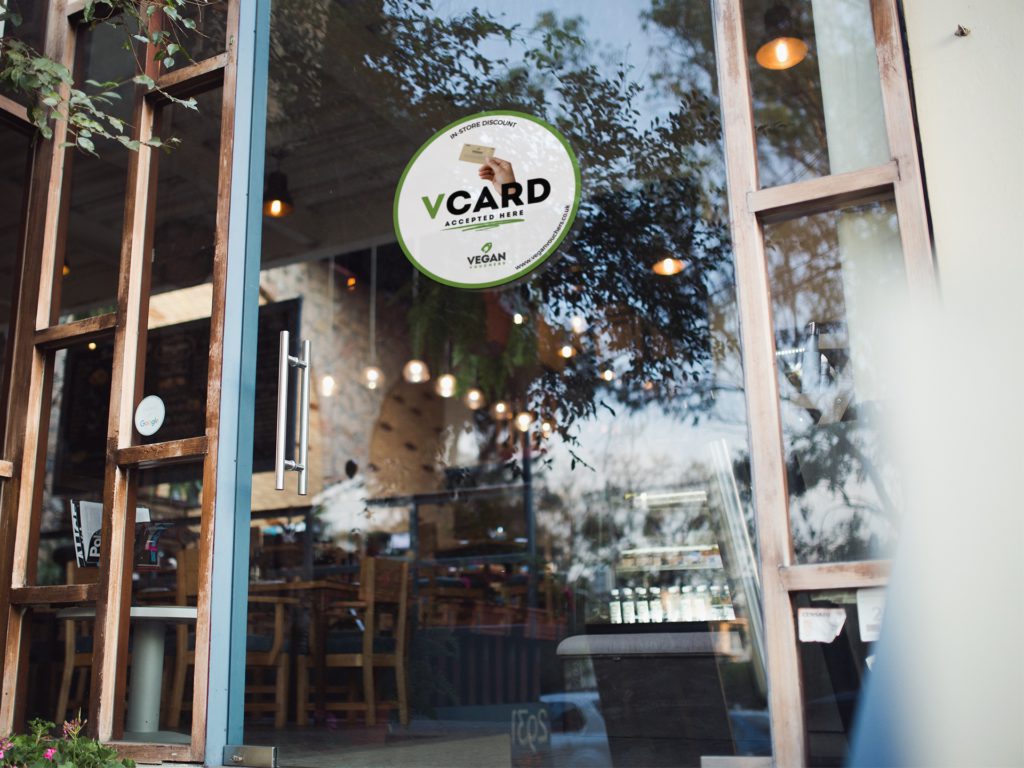 “In terms of a company being cruelty-free, we do only list companies that don’t test on animals,” he adds, which is a massive plus point for ethical vegans looking for discounts. “We verify this information with the business owners and research the companies before accepting their application. Any companies that don’t match our requirements will not be listed.”

Looking forward, he’s developing an option for businesses to profit from extra services like Google Advertising and featuring on the Vegan Vouchers website. While that’s in the pipeline, he says it’s always going to be optional.

Nine months in, the website now has 200 businesses listed for discounts and offers. Now, Jeeves is developing ‘VCard accepted here’ stickers to stick on the windows of all the supported vendors, to make it easier for people to recognise and discover VCard discounts.

And by the end of the year, Jeeves aims to add hundreds of more companies to the Vegan Vouchers directory.

Anay Mridul
Anay is journalism graduate from City, University of London, he was a barista for three years, and never shuts up about coffee. He's passionate about coffee, plant-based milk, cooking, eating, veganism, writing about all that, profiling people, and the Oxford Comma. Originally from India, he went vegan in 2020, after attempting (and failing) Veganuary. He believes being environmentally conscious is a basic responsibility, and veganism is the best thing you can do to battle climate change. He gets lost at Whole Foods sometimes.
Previous articleOne-third of Brits feel government should promote vegan diets to address climate change
Next articleThe battle for vegan baby formulas and why we need them