Report Predicts Vegan Yoghurt Market To Be Worth $6.5 Billion By 2027 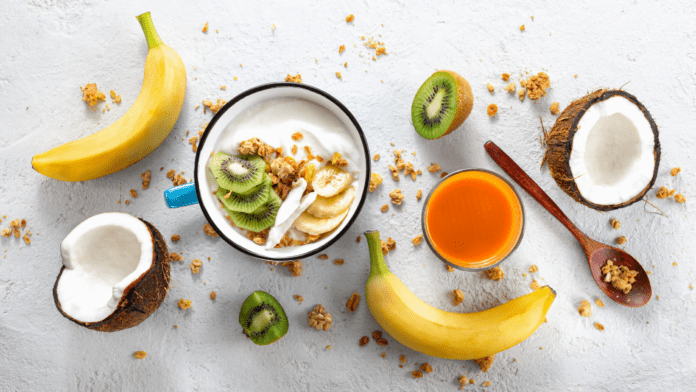 According to a report by Grand View Research, Inc, the global vegan yoghurt market size is expected to reach $6.5 billion by 2027, expanding at a Compound Annual Growth Rate (CAGR) of 18.9%.

The report suggests that the rise in importance of plant-based foods in ‘developed economies of North America and Europe is one of the main reasons why the market is growing. Other reasons also include consumers turning to a vegan diet for health purposes and the concern behind lactose intolerance.

Companies are also catering to consumer demand by creating vegan yoghurts in a variety of flavours as well as ‘low-profile flavours’ that contain less than five grams of added sugars. At the same time, other corporations have been releasing dairy-free alternatives to help the environment and create zero-waste packaging. And the manufacturing process for vegan yoghurt has been ‘undergoing rapid technological transformations’, with new cultures from lactic acid bacteria being used instead of dairy cultures and new formulas being used which calls for better texture and stability of the products.

Soy milk is said to have had the largest revenue share last year by contributing 47.1% of global revenue, due to its low cost compared with other alternatives. And rice milk is anticipated to be the fastest-growing product with a CAGR growth of 19.8% from 2020 to 2027 as it is considered to be the least allergenic milk.