Veganism and Eating Disorders: Beyond Our Self Worth 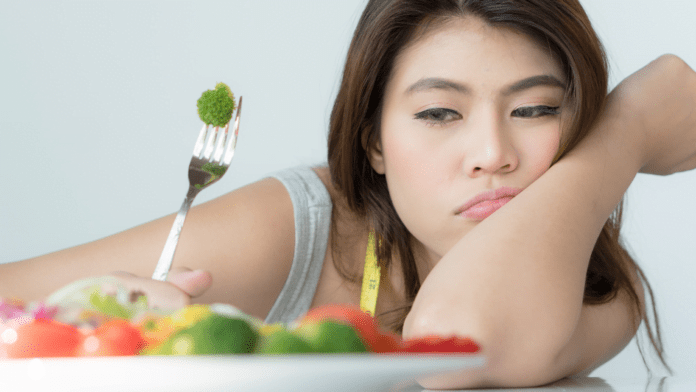 Over 400,000 people pledged to Veganuary in 2020, a tremendous step forward for veganism. But January also witnessed a 37% rise from 2018 in eating disorders (ED) admissions, and this June, UK (ED) charity Beat reported a 73% surge in people accessing their services. In addition to lockdown, the statistics have been strongly associated with plant-based diets and ‘clean eating’. This article explores the connection between veganism and eating disorders.

The roots of restriction

People most commonly get diagnosed with EDs when entering adolescence. As a young girl who fell into this category, I constantly warned that plant-based diets may be too restrictive, triggering unhealthy habits. But I felt my beliefs in veganism – stemmed from a desire to save the climate – never touched my eating patterns.

21-year-old Italian student Benedetta Doro feels if she turned vegan, it would be used as 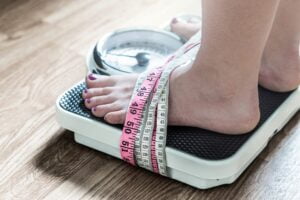 an excuse to “fall back into the rules set by [her] ED”. Diagnosed with anorexia nervosa at 19, she was long aware of her struggles, but until she accepted her habits weren’t normal, and changed her attitude, Doro feared two things: putting on weight and re-introducing all the foods [she] had deprived herself from.

Claudia le Feuvre, a nutritional therapist specializing in disordered eating, says a vast majority of people will experience some degree of disordered eating in their lifetime. She adds that because of the “pressures around body image for many decades”, women more commonly diagnosed with EDs. Awareness today is higher than ever, but to understand motivation, three key areas are a restriction, perfectionism, and control.

Le Feuvre quotes Naomi Wolf: “A culture fixated on female thinness is not an obsession about female beauty, but an obsession about female obedience. Dieting is the most potent political sedative in women’s history; a quietly mad population is a tractable one.” Doro explains that for a while, she thought she was simply eating “clean”, when unconsciously, she was covering up “a deeper problem with food”.

The student labels the foods she avoided “fear foods”. The word “fear” derives from feelings of shame and guilt, emotions triggered by the failure to control oneself, or restrict ‘correctly’. Adding veganism into the picture can “invite more restriction”, le Feuvre explains.

Veganism as a cover-up 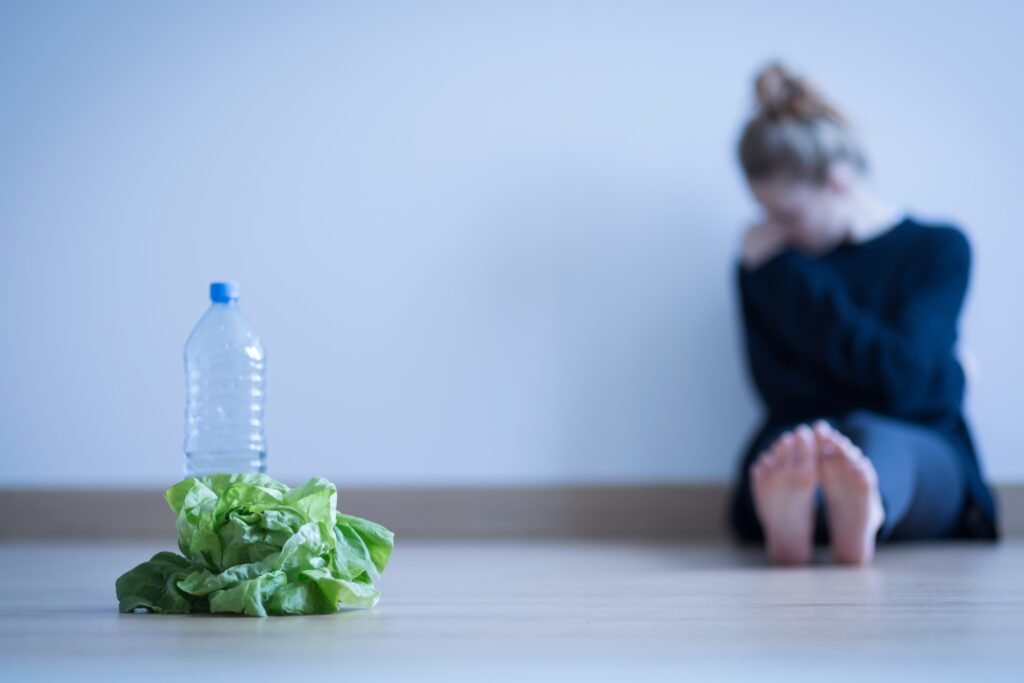 42% of individuals with EDs are primarily motivated by weight-related reasons. Other studies show 52% of those with ED history are vegetarians. Doro states: “People use being vegan as an excuse for their new detoxifying diet.”

Le Feuvre says people who have anorexia might go to her to “validate avoiding certain food or food groups altogether”, because for some the vegan label can be used as a cover. The nutritional therapist ensures she delves deep into underlining motives: “Is it truly ethical beliefs?”

While plant-based diets have proven to have many health benefits, people who are not properly informed, and who lack guidance on the necessary nutrients, may remove too many elements from their diet. “Labelling themselves as vegans allows sufferers to hide… and cut out all those foods they and their disorder consider intimidating or wrong,” Doro notes.

Educate and nourish yourself

But if done correctly, and for the right reasons, can people with an ED history still go vegan?

Virginia Messina, MPH, RD, and author of Vegan Life: Everything You Need to Know to be Healthy on a Plant-Based Diet believes EDs come first, and that veganism is just “one of many ways to control food intake.”

She doesn’t think there’s anything wrong with tweaking a vegan diet to lose weight, but that the two should not equate to being the same thing.

To correctly follow a plant-based diet, it’s important people take a vitamin B12 supplement. Le Feuvre also highlights iron, potassium, and protein as nutrients that should be thought about more. Carbohydrates are often a large part of a vegan diet, but too much can disrupt the blood sugar, so she encourages exploring outside this food group.

“I ask my clients to cook their stuff in cast-iron wear and make tomato-based casseroles. The acid from the tomatoes will leech the iron into the food,” she adds. Non-heme iron sources can be difficult for the body to extract from, so creative tips like this aid the process.

Messina also recommends eating fiber-rich foods, and several servings of beans every day. This – as well as protein-rich foods – will “keep hunger at bay” for those who want to lose weight in a healthy way.

But if you suffer from an ED, alternative motives are preferable. “It’s really important for those who decide to follow a vegan diet, to be honest with themselves and their reason,” Doro says. 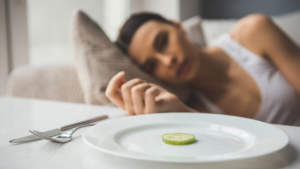 Many individuals, who have restricted too much, sometimes find themselves with health conditions like piles, constipation, and hemorrhoids. Le Feuvre explains this due to “carbs being painted as the enemy” when in reality, carbohydrates contain fiber and B vitamins, which shown to extend life longevity.

Cutting out food groups, or “finger-pointing”, increases guilt when we are unable to abide by our rules. So Doro says we must actively destroy these rules, accepting ourselves the way we are and that what we eat does not determine our worth.

Veganism is more than a diet

Veganism stands for more than our eating habits. People should remember there is more to food than how or what we intake. “It’s how we eat and why we make the food choices we make,” notes Le Feuvre,

But Messina emphasizes the importance of identity in food choices. “Vegans are likely to see dietary choices as an extension of how. We view our ethical selves and our commitment to justice.”

To effectively promote it, its links to weight loss may need to remove. “Conflating veganism with attempts to eat. A more restrictive diet strictly for weight loss tends to diminish the ethic of veganism. And its focus on fairness, justice, and compassion for animals,” Messina adds.

Le Feuvre lists three ways women can start changing the way they see themselves. “Acceptance, loving yourself. And becoming embodied in your body.” She adds that in a society that has been “left-brained, analytical, and masculine”. There is a need for a more “right-brained, feminine approach to nourishment”. The disconnection between our heads and our bodies becomes increasingly wide. And even just starting with small habits like daily yoga can close the gap.

Today, le Feuvre believes there’s a real opportunity for someone to rise up within the vegan community.

Doro says ultimately, we must stop criticizing one another about the diets we follow. Instead, we can remove the “good” and “bad” labels, replacing them with focusing on ethics. “People should try to think more about what they can do for the environment without compromising their own health. Because that’s what veganism should really be about,” she says.