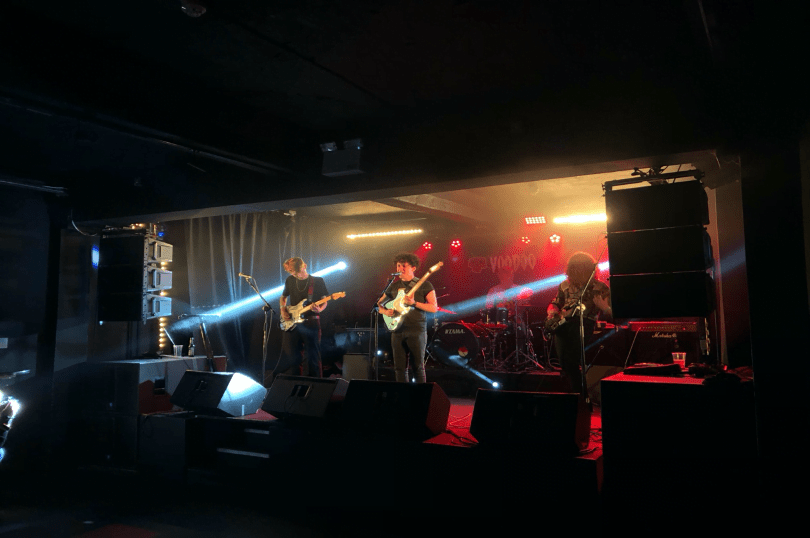 On the surface, it’s hard to see a connection. But dig a little deeper, and you’ll see that veganism and punk rock are intrinsically intertwined.

From lyrical imagery to animal activism in the punk rock scene, the messages of veganism are deeply rooted in the very fabric of the subculture.

When you hear the word ‘punk’, you probably think of ripped leather jackets, platform boots and towering mohawks. But it’s more than just a fashion statement, it’s a way of life.

Engrained in the subculture is the idea of rebellion, with a focus on rebelling against the establishment. For example, many punk rockers stood in solidarity with the Miners’ Strike and the IRA Hunger Strikes in the 1980s, as they were not happy with how the government treated those who stood up for what they believed in. Through peaceful protesting and spreading messages of love and equality, the punk lifestyle resonated with many people and turned them on to what was really going on in British politics.

Just like punk rock, veganism is another form of rebellion. Meat-eating is still predominant in the Western world, largely due to the perception that a carnivorous diet is easier to maintain. And slowly, but surely, this is changing.

There are over 600,000 vegans in the UK, and this number is growing exponentially. More and more celebrities are using their social media platforms to post and share information about the benefits of veganism and the importance of animal welfare.

John Feldmann, frontman of American punk band Goldfinger, has always been vocal about the issue online, as well as promoted the vital work that PETA does on animal rights. People like Feldman use social media as a form of modern protest. With their large followings and supportive fans, they feel they have a duty to stand up for what they believe in and encourage others to do the same.

As the 1980s rolled in, a new generation of punk was born: anarcho-punks. Their philosophy was based around animal welfare and pacificism. Many new bands such as the Flux of Pink Indians gained notoriety due to the strong images in their lyrics, especially with their breakout track, Sick Butchers. Their words resonated with many people, encouraging them to fight for animal rights.

Food Not Bombs, founded by Keith McHenry, is an organisation based around the view that governments’ priorities are skewed, allowing people to go hungry under a capitalist system. The group does vital work to ensure no one goes hungry by providing free vegan meals to those in need. It has a huge team of volunteers and over 400 chapters worldwide.

However, Food Not Bombs’ good work has not come without its hardships. Florida imposed a so-called ‘feeding ban’ on the organisation back in 2011. As the state tried to restrict it from serving free food to those who need it most. But the opposition has not discouraged the group from helping others.

In 2013, it opened a free school in New Mexico, covering topics ranging from current social issues, non-violent social change and sustainable living. And it’s all based around the ethics of the anarcho-punk movement, whose importance to veganism cannot be understated.

A new generation of vegan punks

It’s much easier to find stories about vegan punks of the past. A simple search will lead you down a rabbit hole of photos and videos of peaceful protests. And demonstrations for animal rights and sustainability, while the black-tie salarymen gawk at the idiosyncratic, free-spirited punks; but, I assure you, those days are not gone.

There is a new generation of vegan punks who are using their platform to promote the message of the subculture. One man who is paving the way in Northern Ireland is Jack McGarry, guitarist of Belfast band SX-70. McGarry went vegan about a year ago. Since then, he has felt the need to spread the word of veganism through his music.

“I made the choice to go vegan,” McGarry says, “because of my music idols from the punk scene, like Misfits. Their music and lyrics resonated with me because the sound was so heavy yet somehow grounded with the animal rights aspect.”

For McGarry, it’s important to learn from those who inspire you. All by taking their message onboard and spreading it around local communities. “I’m now starting to tailor my lyrics towards broader topics such as environmentalism, sustainability and animal rights. I truly feel that it is my mission to bring awareness to these issues through my music,” he says.

The Belfast-born guitarist is optimistic that more and more people will choose to make the choice to go vegan. He refers to a study by Elizabeth Cherry of Manhattanville College, which found that those who identify as vegan punks tend to remain vegan for longer than those who don’t identify as punks. “It didn’t even shock me when I found that out,” says McGarry. “I just very pleased to hear it – punks committed people, man.”

Matt Donaghy
Matthew is a journalism student from Ireland, living in London. He is an avid musician, a keen reader and always looking to delve into new things. Motivated by his vegan friends, Matthew is open to exploring the world of vegan subcultures and how they link with the world around us. You’ll probably find him in a hip London music venue listening to new bands and finding new things things to write about.
Previous articleGoing vegan could generate 19 million jobs for South America, shows study
Next articleHow lockdown made veganism popular