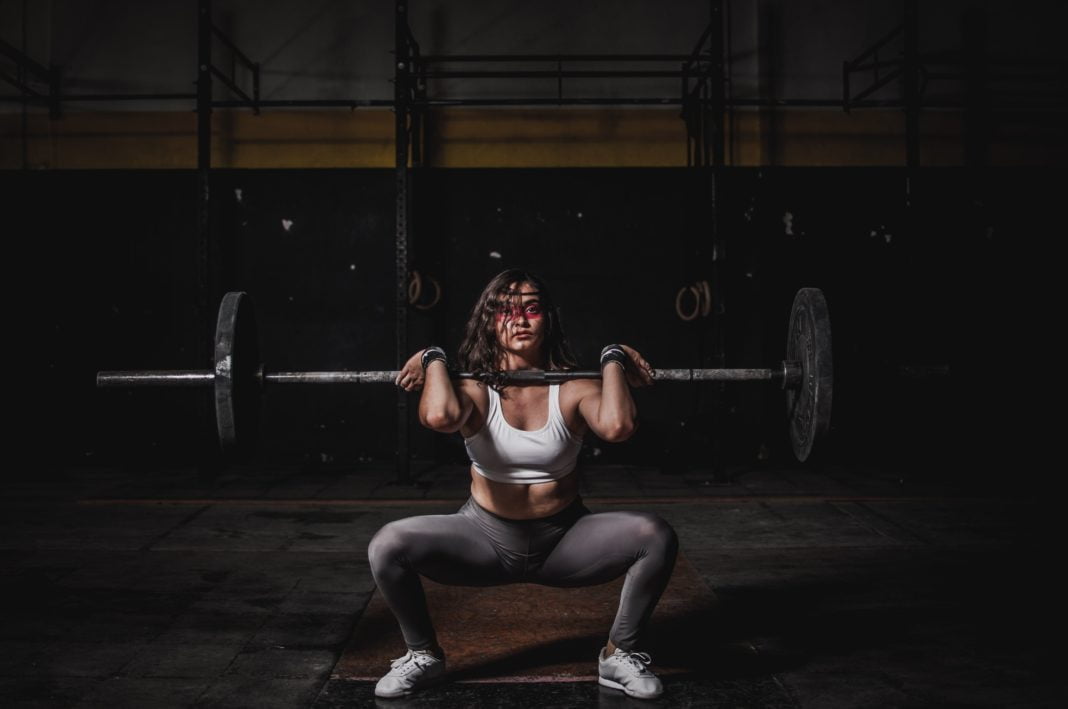 Just a Bunch of Nutritionally-Deficient Hippies

Pale, unfit, willowy, deficient, weak. These are all words that people associate with vegans. The fact that we only eat plants seems to give the impression that we are lacking strength and nutrition. In contrast, the consumption of animal products, such as raw eggs and lean meat, has long been affiliated with fitness. The reason being that these sources contain high levels of protein, which is vital for weight loss and muscle growth. 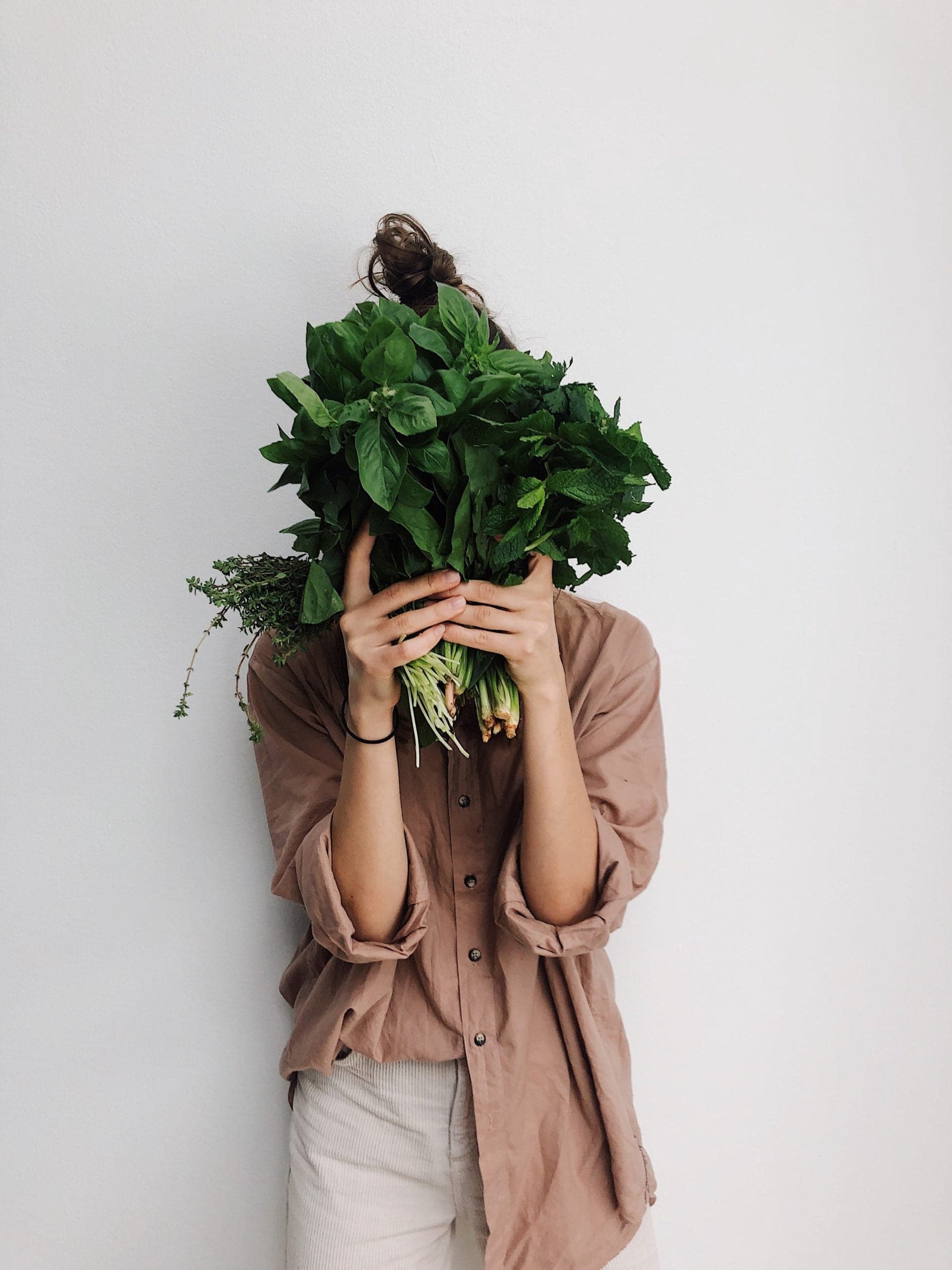 We’ve all had that debate about where we get our protein from at some point along our plant-based journeys, not to mention omega-3, vitamin B12, and iodine. Needless to say that these questions are not to be dismissed – after all, nutrition is an incredibly important topic and something that all vegan bodybuilding fans should be aware of. Nevertheless, with enough knowledge and experience, vegans can eat a nutritionally balanced diet and thrive on it.

I’m sure most people have seen The Game Changers documentary by now so, hopefully, any doubts surrounding vegan fitness have been dispelled (we can dream). For those of you who haven’t seen it, the program demonstrated how various athletes and bodybuilders have improved their performance since going plant-based. There was a particular focus on the benefits of vegan protein and there were plenty of case studies to show its ability to promote muscle repair and growth.

The Game Changers starred plenty of fit and healthy athletes smashing vegan stereotypes. And yet, a program designed to enlighten people about vegan fitness still managed to conform to stereotypical perceptions by portraying male bodybuilders, strongmen, boxers, American footballers, Formula One drivers, ultramarathoners, anti-poachers, mixed martial artists, and weightlifters as opposed to a female cyclist, runner, and chef. That’s not to denigrate the strength and stamina of the women they did present but where was the balance? Even the scientific tests revolved around erections.

Do vegan female bodybuilders simply not exist? What about other types of plant-based female athletes? Certainly, they do!

People often surprised to find out that I played rugby whilst at university. Perhaps it was my “petite” size or sweet and tender temperament (hope my family aren’t reading this) that makes it difficult to believe? I always remember questioning why our rugby society sometimes struggled to find enough members to fill a team whilst the netball community overflowing with female participants. There was (and still is) a great divide between which sports are deemed ‘womanly’ and which are not. In fact, we once organized a shared Sports Ball with the male rugby society and the disregard their members felt towards us was palpable. 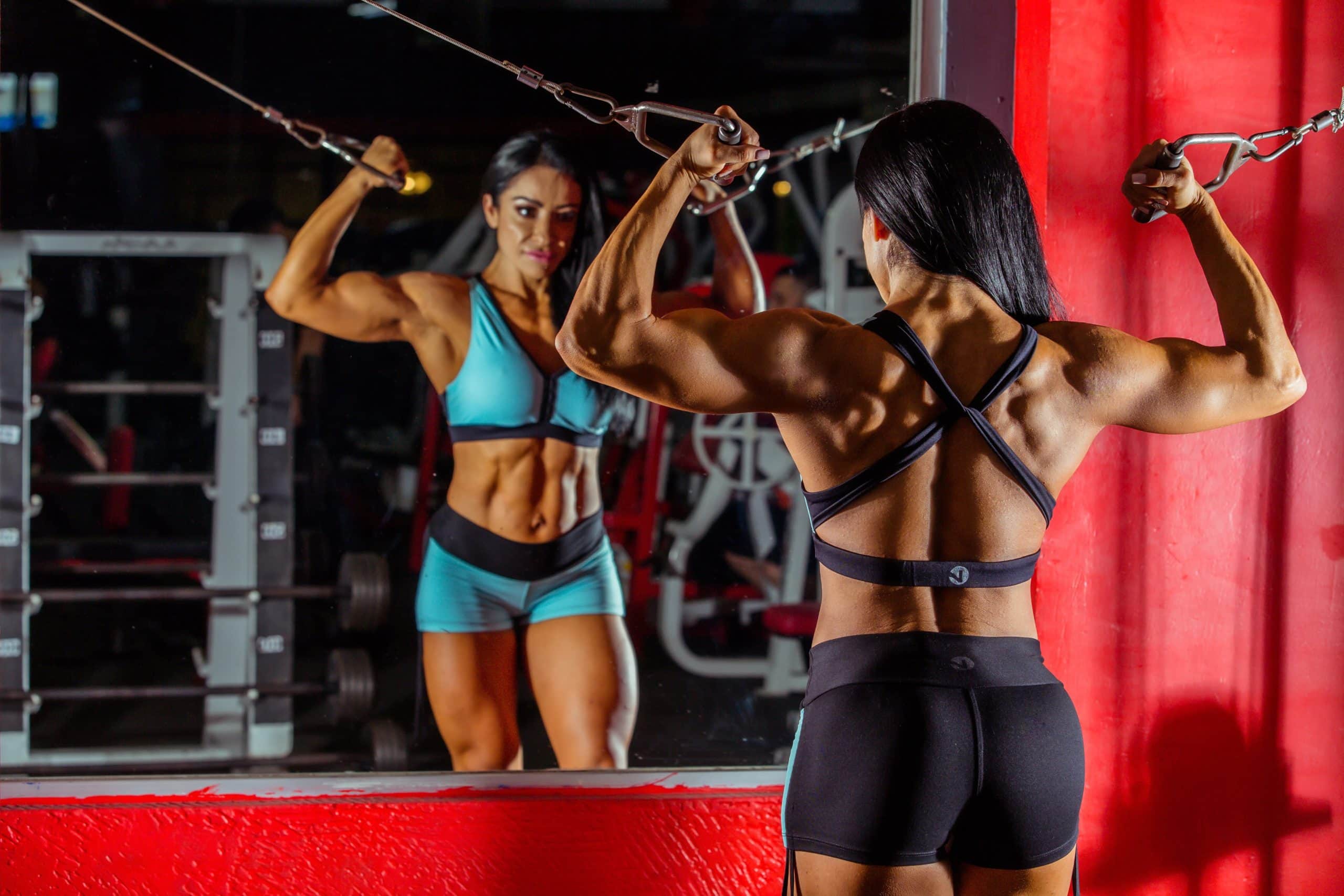 Unfortunately, the Sports Ball was not an isolated event – I have often heard men dismiss female athletes. In the past, I have asked various male friends why they didn’t think ladies’ football matches were aired on TV and, without fail,

I would get a response along the lines of: “It’s genetics – women simply aren’t built to be as powerful as men and subsequently aren’t entertaining enough.” I’m not sure what power has to do with skill though, so I’ve never found that a very convincing argument myself.

As for bodybuilding…well, it’s just not right, is it? Strength and power don’t quite fit the feminine ideal. Give them a white t-shirt and throw some water over them instead!

At the risk of omitting other incredible vegan female athletes, I want to focus on weightlifters and bodybuilders due to the apparent juxtaposition of women and strong muscles. Despite the countless studies and scientific evidence that strength training has incredible benefits for females, the weights section of the gym is often dominated by men. Research has revealed that many women are afraid of developing their muscles due to psychological discomfort, including concern about being perceived as “manly”. 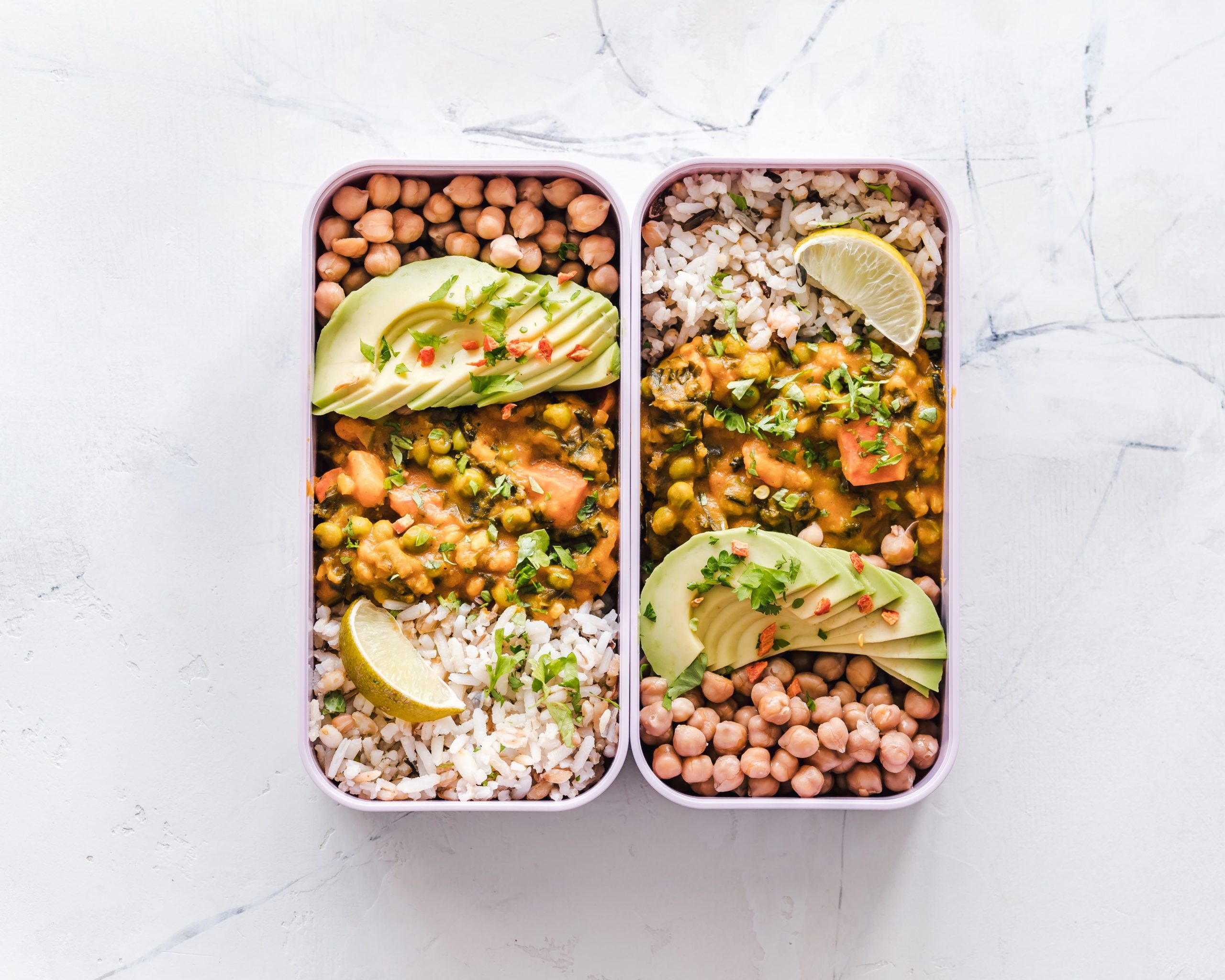 It takes a lot of determination, commitment, and tenacity to become a professional weightlifter or bodybuilder. It can take even more to overcome gender stereotypes and succeed in a male-dominated world. Especially as a vegan.

In the hope that these examples will inspire you to overcome obstacles and achieve anything you want in life, I’d like to introduce you to some inspirational female plant-based bodybuilders:

A few insights into my training from the past week. ⁣ ⁣ Really enjoy the heavy lifting and working on my strength goals. ⁣ ⁣ Thinking about switching from sumo deadlift to conventional deadlift again 😁⁣ ⁣ 👉🏻 which deadlift do you prefer, sumo or conventional?

Science, strength, and sustainability. Those are Anastasia’s three S’s to help others achieve confidence and strength in the healthiest way possible. She certainly has the experience, having completed a PhD in Biochemistry. Her story one of optimism and perseverance, despite temporarily losing faith in what she set out to do. Anastasia Zinchenko is now an international level powerlifter, female vegan bodybuilder, and badass scientist!

In a country where the word “vegan” didn’t even exist until recently. Jang Ji-Eun fighting to smash plant-based AND gender fitness stereotypes at the same time. After surreptitiously living as a vegan and studying its many benefits for animal ethics, human health, and the environment. Ji-Eun decided that her individual efforts weren’t enough.

To have more of an impact. She decided to become a content creator to demonstrate the potential of a vegan diet. Korean culture is not famed for its muscular women, let alone plant-based ones. So Ji-eun really is a pioneer for vegan female bodybuilders. She even runs her own mukbang YouTube channel!

Vegan natural bodybuilder check list 👉🏼 ✅ Stop worrying about protein, check out @drgarthdavis book ‘Proteinaholic’ yes, plants do have protein 😉 ✅ Eat fibrous foods = plants ✅ Keep carbs high = they have an anabolic effect and give you energy to lift more 🏋🏻 ✅ Eat the rainbow of micronutrients 🌈 ✅ Drink clean water 💦 ✅ Train hard, consistently that’s what grows muscles not your protein %🤭 ✅ Rest, relax and stretch 🧘🏼‍♂️ ✅ Move daily, our bodies are design for it 🤸🏼🏄🏽‍♀️ .

Simple, no need to over think it…no need to buy 100s of supplements. there’s no perfect macro %. it’s the ‘whole’ collective things you do in achieving results. . After competing now as a vegan since 2013 i’m getting leaner, more muscle, stronger each and every year. Even if you’re not interested in being a competitor the results here ‘show’. what can achievable. healthy and without animal flesh or products. . Ask me any burning questions you have, below in comments…love to help you 🙏🏽 . Want to know and learn more? Grab my FREE ebook on my home page. join my FREE Facebook Group or shoot me an email. link in bio @veganfitnessmodel 😊

Having spent most of her life in the fitness industry. Crissi Carvalho left with mental health problems and eating disorders. 10 years after she stopped training.

Chris discovered the numerous benefits of a plant-based diet and swiftly made a full recovery to optimum health. Her experience inspired her to throw herself back into the industry with a different mindset. At 40+ years of age, she’s currently smashing stereotypes by coaching others to lead their own vegan journeys. Participating in the Australian Ninja Warrior competition, and winning gold medals at the IFBB Pro League Bikini competition.

Alice Johnson
Alice Johnson is a freelance writer, keen musician, and co-founder of Vegan Sisters’ Online Community, which offers training courses for content writers. She is passionate about public health, animal rights, sustainable living, plant-based food, travelling, conservation, and rescuing stray animals on her way around the world. Alice has made appearances on BBC News and her work has been published in national scientific journals, print magazines, and on web-based news channels. When she’s not in the kitchen experimenting with cashew cheese, homemade body moisturisers, and vegan kimchi, you probably won’t be able to find her as she will be off gallivanting around the world.
Previous articleSenator Marco Rubio: “We have to go a little vegan”
Next articleBolt Beauty launches vegan seaweed capsules