Veganism in football is on the rise, with 40% of fans reducing meat consumption 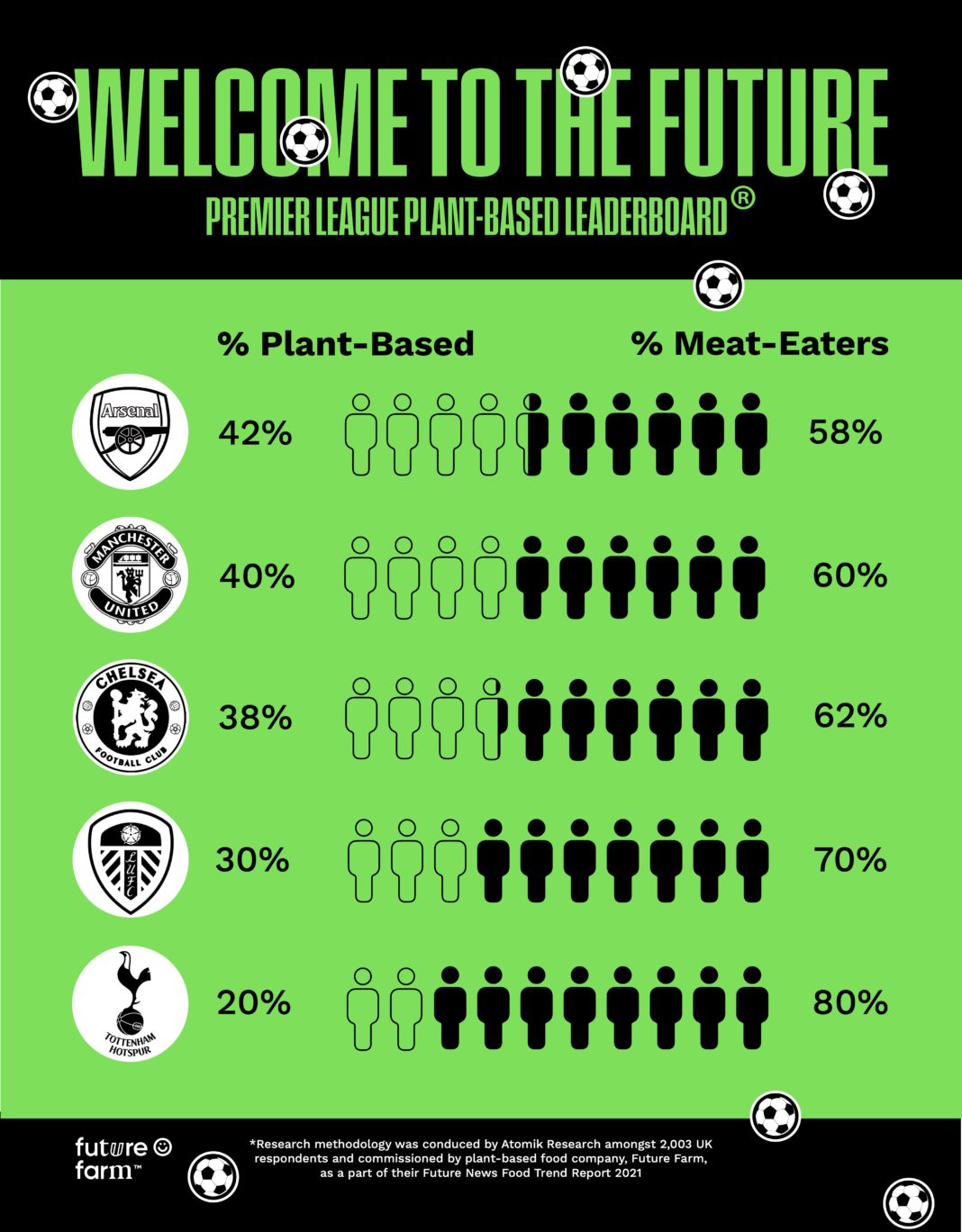 A new survey by Brazilian plant-based meat company Future Farm has revealed that 40% of British football fans have reduced meat consumption since the start of the coronavirus pandemic.

Football fans in the UK have been increasingly adopting vegan and meat-free diets since the start of the pandemic, with two out of five admitting to reducing meat consumption.

In a new survey by Brazil-based alternative meat brand Future Farm, conducted by creative agency Atomik Research, Arsenal fans came out on top in terms of the highest proportion of plant-based or meatless adopters at 42%.

Manchester United fans came a close second with 40%, while only 20% of Tottenham Hotspur fans said they followed a meat-free diet, falling in at the bottom. Of the 2,000 people surveyed, 60% believed a meal without meat is still a complete meal.

This growth among football fans is parallel with the pandemic’s acceleration of veganism, as more and more people began trying plant-based diets. Footballers like Chris Smalling, Fabian Delph, Chloe Arthur and Jack Wilshere have all converted to a vegan diet, while Forest Green Rovers is the world’s first fully vegan and carbon neutral brand.

“It’s incredible to see that veganism within football is not just a passing trend, but a growing revolution that’s built momentum over the years,” said Pedro Zuim, marketing director for Future Farm.

He added: “Football players are helping to break down the myths surrounding plant-based food — for example, not giving you enough protein, a complete myth, one which professional footballers and other sports stars have put to bed.”

Anay Mridul
Anay is journalism graduate from City, University of London, he was a barista for three years, and never shuts up about coffee. He's passionate about coffee, plant-based milk, cooking, eating, veganism, writing about all that, profiling people, and the Oxford Comma. Originally from India, he went vegan in 2020, after attempting (and failing) Veganuary. He believes being environmentally conscious is a basic responsibility, and veganism is the best thing you can do to battle climate change. He gets lost at Whole Foods sometimes.
Previous articleSheridan Smith vegan? Actually, gruelling rehearsals improved her health
Next articleEducating doctors and medical students about vegan nutrition