Veganism in Angola: Diet or a cure for locals? 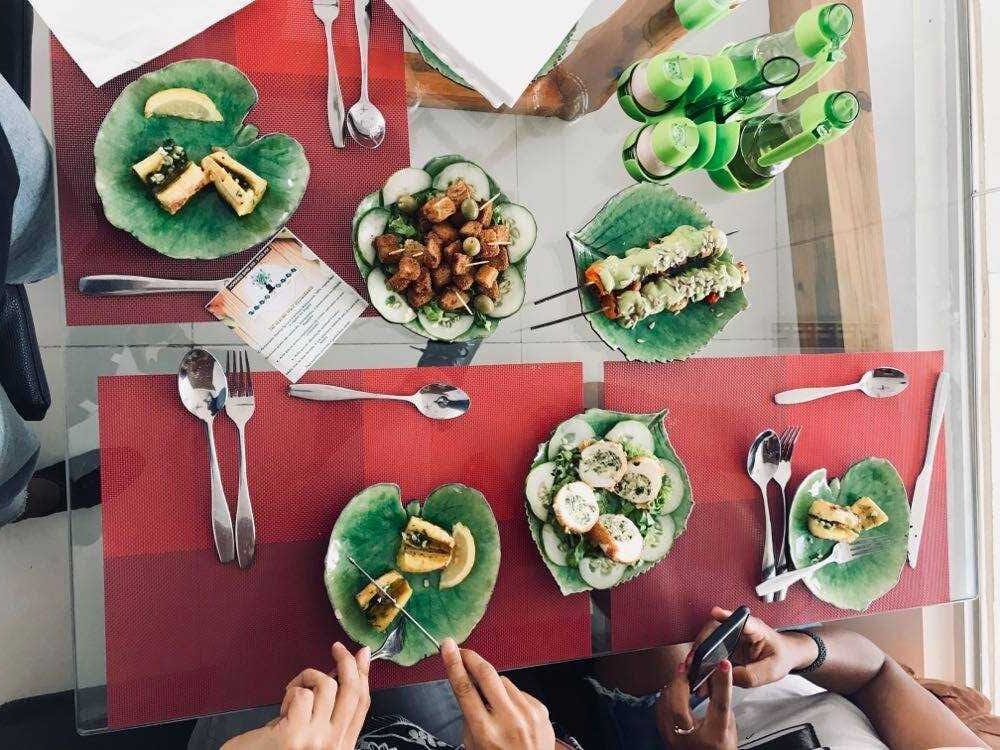 While veganism is not popular amongst locals in Angola, many citizens have thrived off plant-based diets and are aiming to make the lifestyle more common.

Veganism in Angola exists, but is not prevalent, as many locals are not open to the concept. Nevertheless, there are many vegans who have adapted to the diet, but the decision mainly stems from health issues and overall, there is a lack of knowledge surrounding the topic.

Angolan cuisine has many dishes popular among locals and foreigners. The food culture is very mixed, but meat and fish are prominent and widely consumed.

The most popular dish is called funge (a kind of pasta) that can be eaten with meat or fish. As for typical dishes, mufete is a native from Luanda (grilled fish, sweet potato, banana bread, cassava, palm oil beans, raw onion sauce, roasted cassava flour). Others include kalulu (fresh or dried fish cooked with tomato, onion, aubergine, okra, greens and palm oil), cabidela (chicken cooked in the blood itself), funji (cassava or maize-meal porridge), katatus (earthworm-like insects cooked with tomatoes and onions), menha ndungu (dried fish in a raw chopped onion sauce), and tchikwanga (hard cassava porridge wrapped in banana leaves and smoked).

There are also some insects that are very famous and always present in different regions in Angola, like gafanhotos de palmeira, catatos, chikwanga, cocada amarela, and kizaca. However, in general, meat and chicken are the most common in their cuisine.

Angolan cuisine also has a strong influence from Portuguese food, owing to colonial presence. Historically, in Angola, the tourism industry (including restaurants) is controlled by the Portuguese, and any restaurant designed is based on this. Portuguese dishes also prominently include meat and fish.

However, apart from meat, a lot of greens are eaten in Angola. For instance, they have Kizaka, which is a very popular dish in Angola and is traditionally vegan. Different types of greens and leaves (bean leaf, potato leaf, pumpkin leaf, sweet potato leaf, etc) are also popular amongst the locals. Vegetables are a huge part of Angolan cuisine, and so it is simple to reinvent traditional cuisine that is suited for vegans, despite the lack of awareness surrounding the diet. 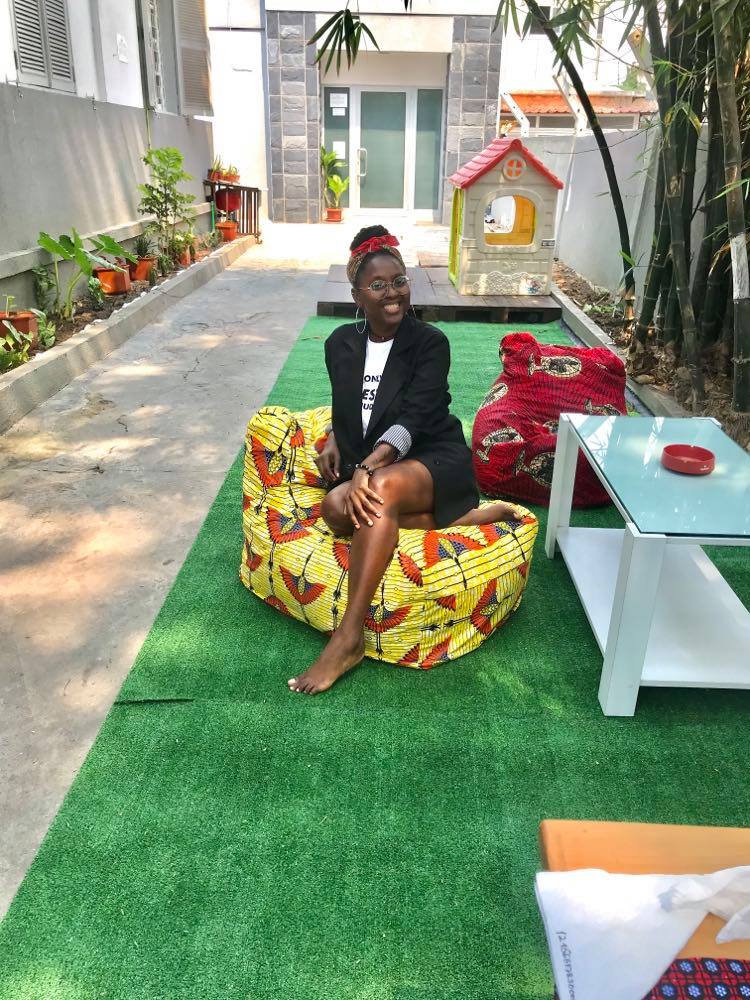 Indira Mateta is a freelance photographer who lives in Luanda, the capital of Angola. She became a vegetarian in 2009. “Spirituality matters were my biggest impulse, then health reasons,” she says of her diet. Growing up, she suffered from respiratory problems, being dependent on medicines, but decided that her eating habits needed to change and veganism could help. She is now transitioning to becoming a strict vegan. “I can consider myself 80% vegan right now, and I am on my way to 100%.”

In general, she finds that it is not difficult to be vegan in Angola due to the agriculture and the rich diversity. She believes veganism is not popular because of the local eating habits. Mateta says: “People are either from rural areas — where they hunt and, consequently, a lot of meat is consumed — or they are from coastal areas, where a lot of fish, shellfish and some agricultural products are consumed.”

However, finding vegan options in restaurants has become increasingly common, as eateries begin to incorporate plant-based options in their menus. Mateta also explains that while you can find industrialised vegan products in some supermarkets from places such as Europe, Brazil and South Africa, she chooses to prioritise natural products. 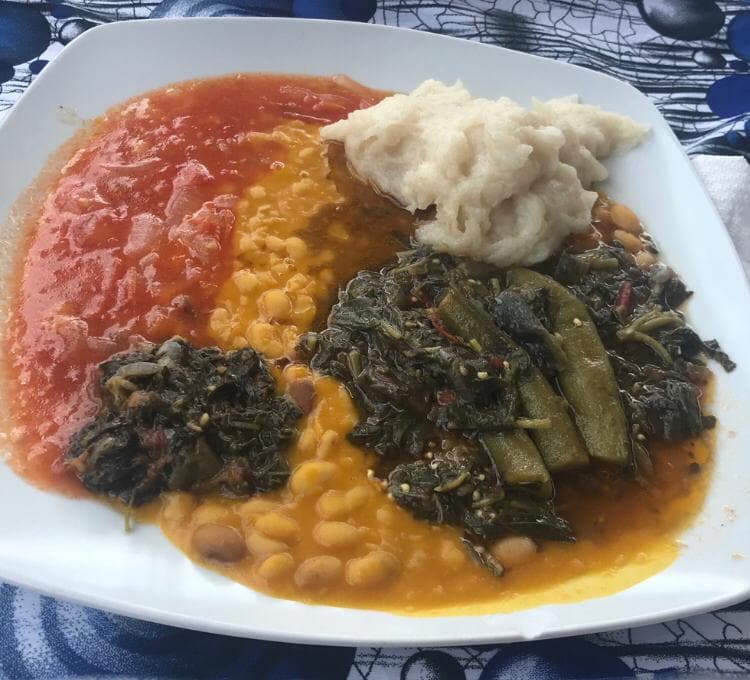 She adds: “The best thing about being vegan in Angola is still the ease with which we can purchase at least the most consumed agricultural products, not to mention the fact that these products are mostly organic and very tasty.”

She believes it will take time for veganism to become popular in Angola due to the lack of knowledge, but more people are looking to reduce meat consumption. Matata thinks that the movement needs to grow but this only comes with a deeper understanding of veganism.

Xano Maria, a shop owner, recently firmed her vegan journey after various deviations, but is still quite flexible in terms of her diet. She says: “I know it’s a difficult path sometimes, but I also know that I feel better with this lifestyle than eating like a carnivore.” Although she is vegan for health reasons, she understands that it is a more sustainable lifestyle.

A trip to London in 2000 sparked her understanding of veganism. “It was the year of the mad cow disease, and the price of the meat was like gold, so we could not afford to eat meat during the whole stay,” she explains. Coming back home from the trip, she realised she survived a zero-meat period. “I think that occurrence was exactly what I needed. An experience of something that I was always taught not to do during my whole life. After my comeback, it became vividly clear for me that I could simply avoid meat, without any stress.” 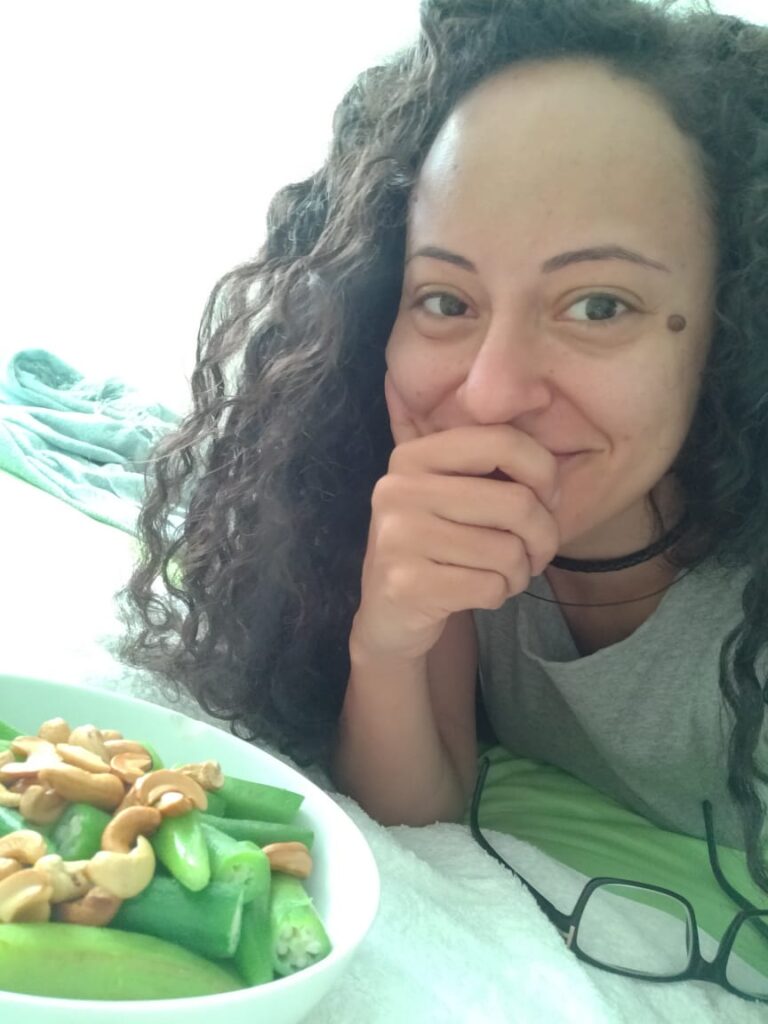 Maria explains that locals may be narrow-minded, as their common reaction when they hear of vegan plates is that “a plate must contain meat, because otherwise you didn’t really eat properly”. She also reflects that many locals think veganism is “posh” as “you have to find substitutes” for meat.

She speaks of her challenges when wanting to consume vegan food. A common experience she faces is people’s disregard for her diet. When she says: “I don’t eat meat; do you have something for me?”, she’s responded to with: “Yes, of course, we have chicken!”

Maria Lucia Da Silveria is a human rights defender who lives in Luanda with her partner, who is not vegan or vegetarian. She decided to be a vegan as she felt her body was not healthy consuming meat and so, nine years ago, she went plant-based after being inspired by a friend. “My body felt that I should change my diet, and I used to read a lot about the importance of having a healthy diet,” she recalls.

Da Silveria started by investigating veganism and reinventing her food, rather than going to the supermarket and buying food that is organically vegan. She was able to get everything she needed nutritionally. “We need to understand what our body really needs and that is my main focus,” she explains. 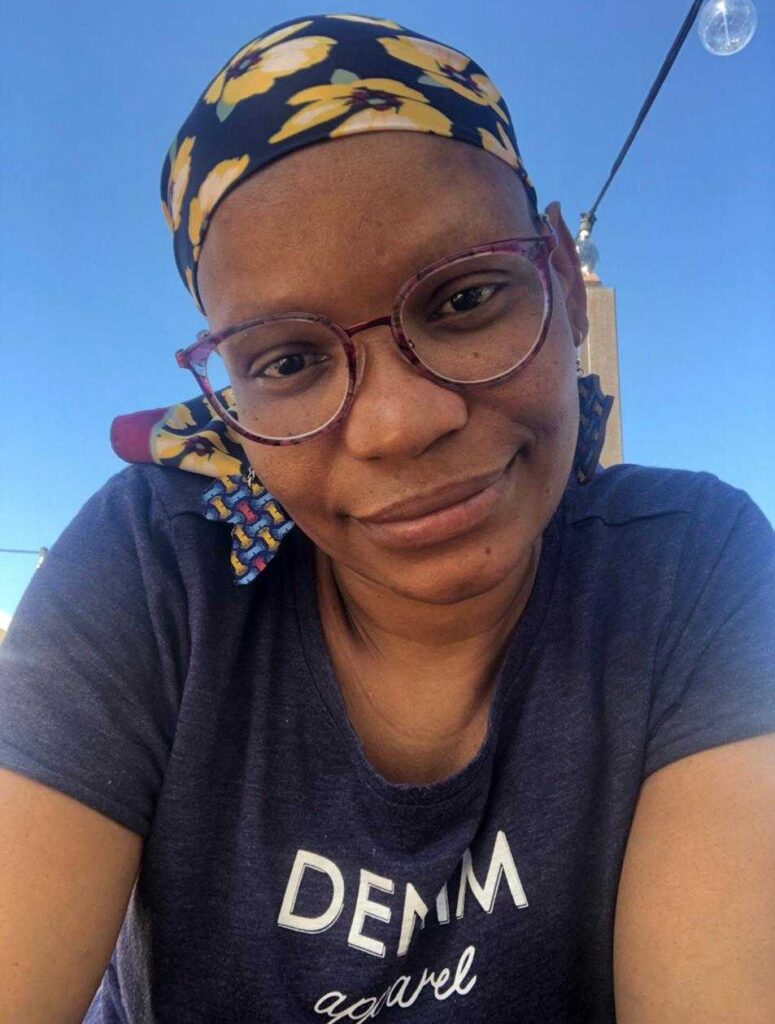 Since last year, Da Silveria has been battling breast cancer and found that her vegan diet helped her cope, especially with chemotherapy. “I try as much as I can to follow a vegan alkaline diet, as that is what I want to do to fight cancer and that is the best thing to do for me.”

She understands that people are not very well-informed surrounding veganism, as Angola lacks campaigns and it is disregarded in the medical sector. However, she also speaks of the negative connotations of being a vegan in Angola and how, at family gatherings, she would take her own food to not cause a fuss: “When they see you are vegan and they want you to explain, they become defensive and aggressive, but it is mainly because they don’t know.” 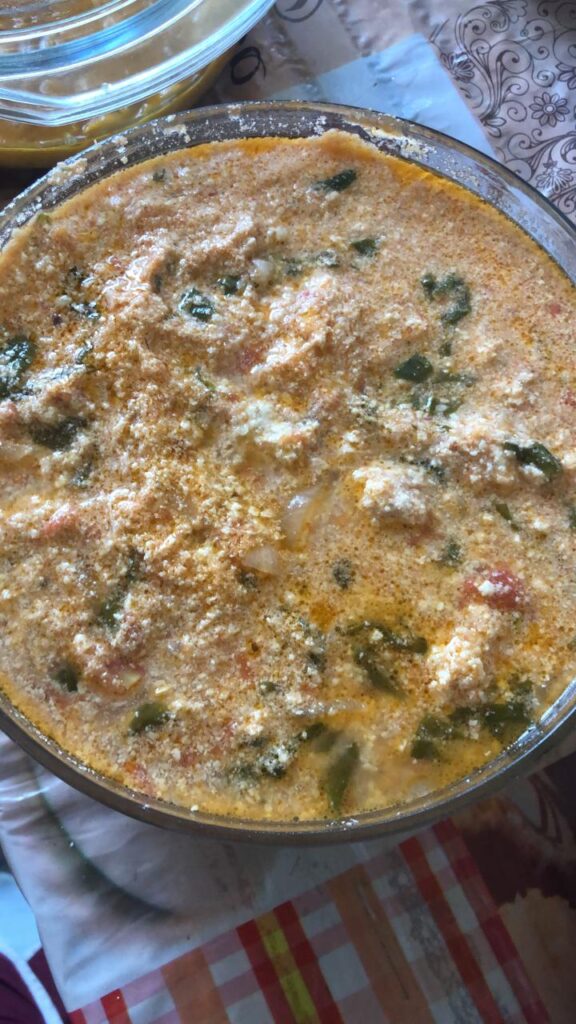 She adds: “I feel that it was the best choice. I try to talk to my friends and family about how important it is to change their lifestyle if they want a better quality of life.” She also hopes to raise her children vegan, and her husband is open to learning more about veganism.

Vidal Goncalves is the owner and founder of The Healing Space, an Angolan restaurant that is 100% plant-based. He began raising awareness and practising vegetarianism between 2007 and 2009, and later went vegan. Now, he is a vegan alkaline.

The restaurant opened in April 2018, in the Tuafeni Shopping Centre in Luanda. In September this year, he opened The Healing Kitchen Express in the Talatona Shopping Centre. Goncalves says: “The reason to open the store was that I have been waiting for six years since I returned home from the UK, and not seen in that period a full vegan or 100% plant-based restaurant in the country. I was in need of one, because I’m vegan alkaline”.

The Healing Space Restaurant offers a range of vegan dishes, and he believes that “food is the process of cure”. So far, he has created more than 30 dishes for vegan alkalines and another 34 vegetarian dishes. Goncalves explains the difficulties of creating his menu, as it was “the inexperience of investing in an industry that was unknown”.

Now, he has a team allowing the restaurant to keep its doors open. A slogan at the restaurant is “rebranding your food”.  Goncalves uses the art of local cuisine to create numerous vegan dishes, but still serves traditional foods in vegan options or unchanged if they are already vegan. 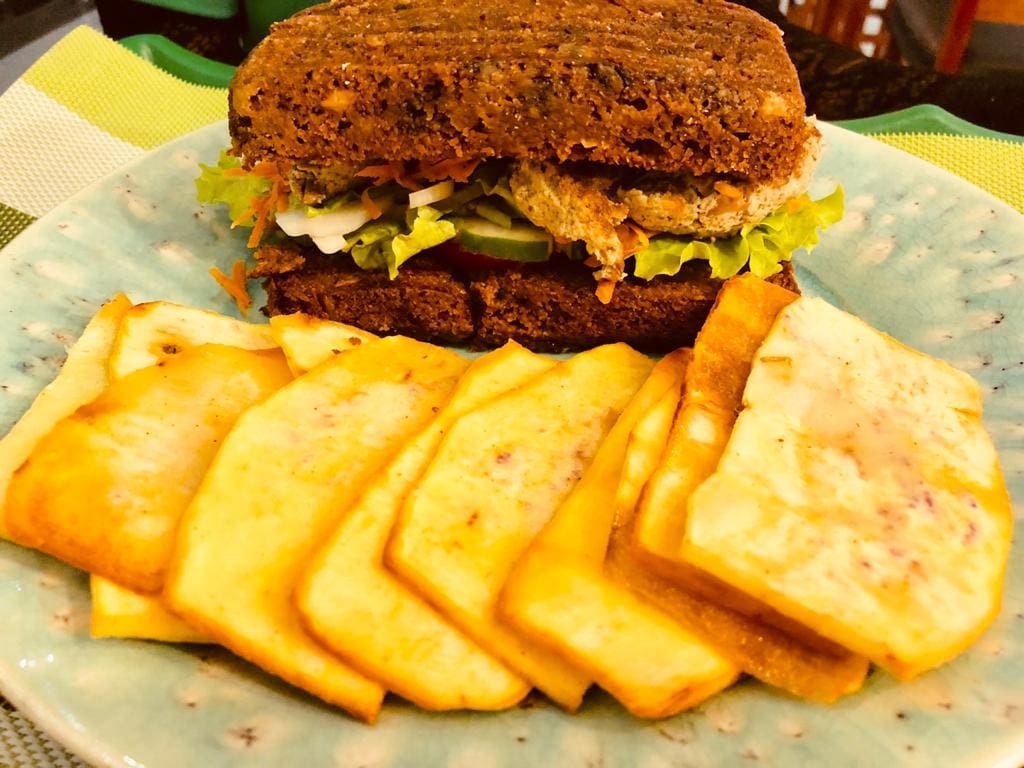 His favourite dish at the restaurant is called Happiness Calulu Vegan Alkaline, developed internally by his senior chefs and is inspired by a calulu, a traditional dish normally containing fish and dried salted meat. He says: “The healing version is much healthier as it has removed the meat, fish and starch, and we have introduced alkaline vegetables, local dried wild mushrooms, plant-based meat and millennial African grains (flour), becoming a purem electrical food.”

In terms of vegan restaurants, Goncalves’s is one of the very few, and he explains why veganism isn’t very popular, as Angolans are a little reluctant to change. He has found that many foreigners in recent years would be looking for vegan cuisine, rather than Angolans. “Before we opened the first store, none of the existing restaurant owners thought of bringing into their menu vegetarian or vegan dishes, and didn’t believe it would be possible to succeed with them. A 100% vegan restaurant in Angola that context, seven years ago, was quite impossible.”

He thinks in general, it is easy to become a vegan in Angola. “I wonder what ancestors used to eat thousands of years ago,” he reflects. This would be traditional cuisines, but a lot of rooted vegetables and growing ingredients that would be used in vegan dishes. “At the beginning, most of the Angolan people have associated veganism to Rastafari, food for sick people, and for slim people.” 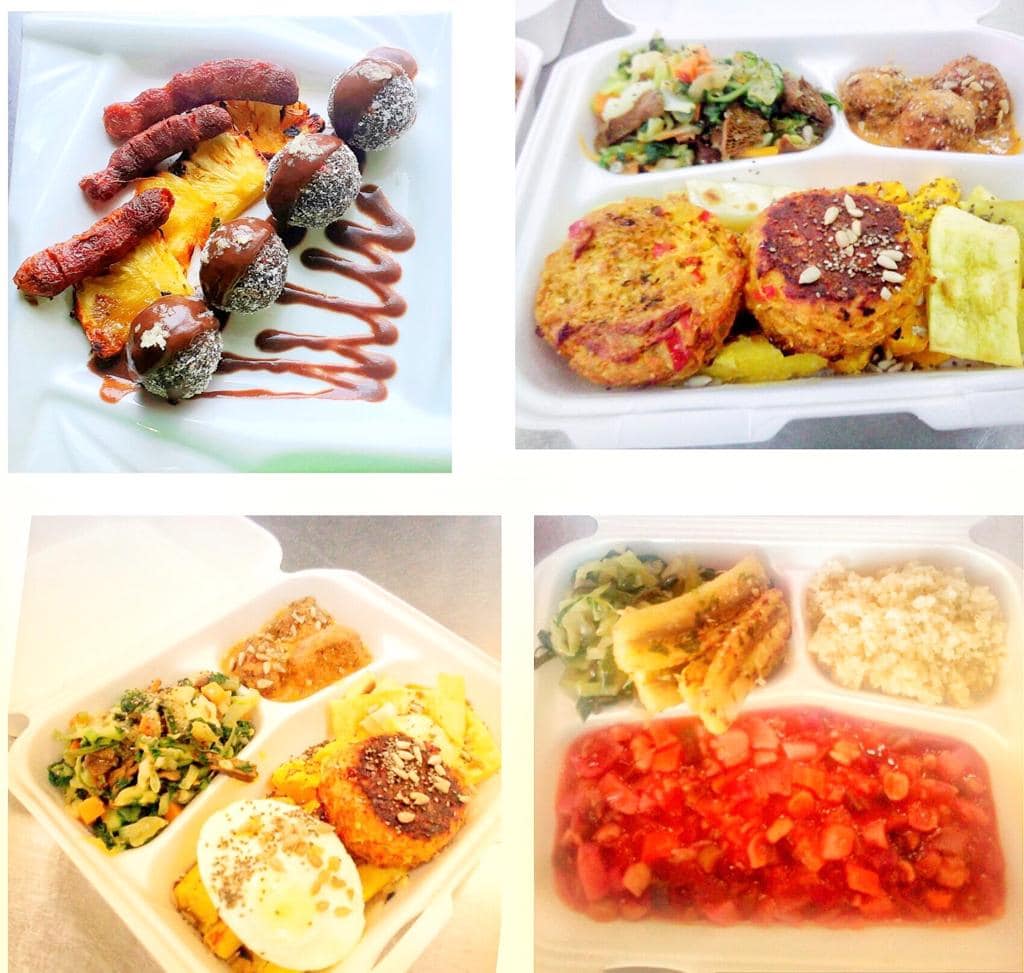 He, however, believes that it is difficult to find vegan options in Angola in terms of importing goods. This has to be done in small quantities, and restaurants have to import themselves at an increased price.

Veganism in Angola is a growing concept as more locals become aware of the diet. However, veganism to them does stem from wanting to be healthier rather than focusing on other reasons, such as climate change due to a lack of knowledge. It isn’t popular, since many have grown up learning that meat and fish are needed to be healthy, and hence don’t want to change their ways.

Mansi Vithlani
Mansi Vithlani is a journalism student at City, University of London. A vegetarian her whole life and a massive foodie, she enjoys discovering more about veganism and eating vegan cuisine! She enjoys investigating social media based stories and how its influence has made a significant difference in the last few years.
Previous articleThe question on everybody’s parched lips: is beer vegan?
Next articleQuestions we should be asking: is sugar vegan?