Veganism in Russia: the past, present and future 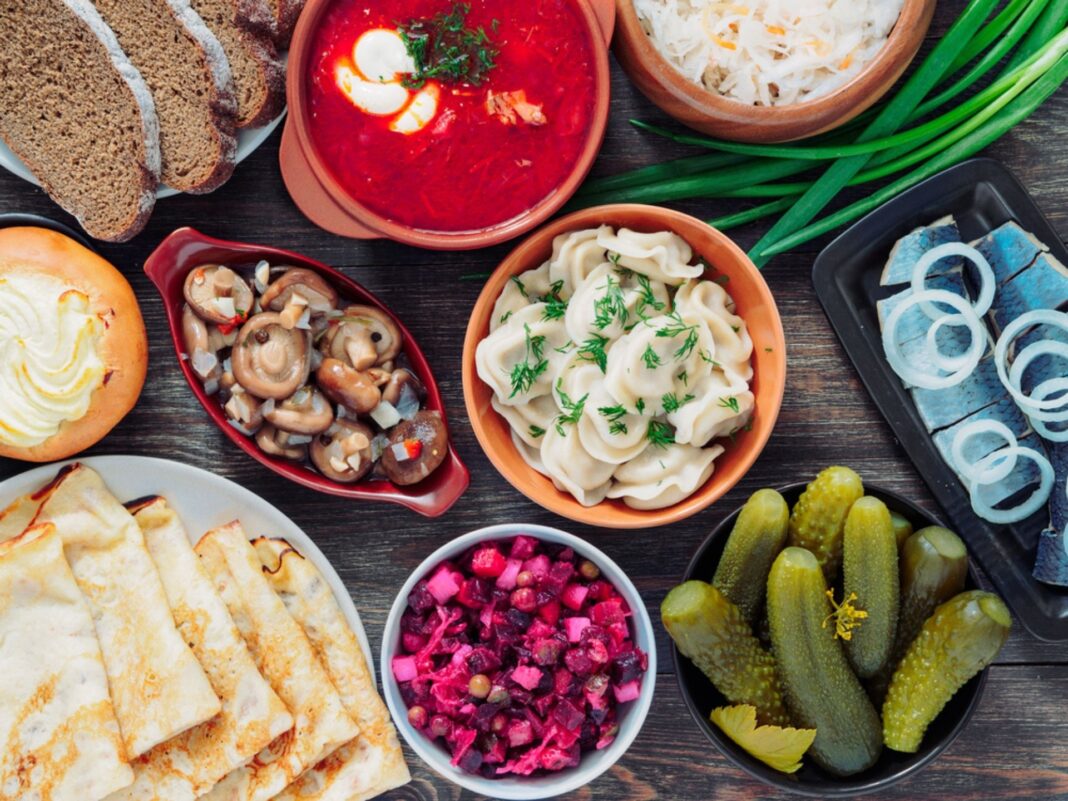 Typically, veganism isn’t associated with Russia. However, it has significant historical ties and is becoming increasingly popular in the region.

Growing up with an amalgam of Russian and Arabic cuisines, to me, Russian cuisine could be described as somewhat modest, with staples of mushroom, potatoes, fish, meat, lentils and other vegetables. It’s comforting whilst being well-rounded and full of goodness.

With staples of meat and fish however, I never really considered veganism to be much of a thing in Russia. However, after a trip to the cultural capital St Petersburg last year, I was shocked at the huge variety of not only vegan options but dedicated vegan restaurants. When did this happen? Since when was Russian cuisine so intertwined with plant-based diets?

But the relationship between veganism and Russian cuisine stretches further back than I — and many people — realise.

The history of veganism in Russia

Andrey Beketov was a professor of Botanics and chancellor at St Petersburg University from 1876 to 1884. He published the first Russian essay on vegetarianism, moving away from treating animal foods and products as normal to seeing it as immoral but also detrimental to human health and the environment (quite a modern vegan stance)

But veganism was also undertaken by one of the most iconic Russian figures and writers, Leo Tolstoy, who became a vegetarian and later a vegan in 1884. He published a pamphlet in 1882 describing the realities of slaughterhouses and cruelty of the meat industry. He not only advocated for veganism or ‘strict vegetarianism’ as a healthy diet, but as a step towards leading a moral life.

Tolstoy is thus regarded as a famous early advocate for veganism, but did later return to eating eggs, wearing fur and leather clothes — in the brutal Russian winters, is this a surprise?

Just like art and literature, food culture can help reflect a political stance or landscape. The 1917 Revolution was a defining point in Russian history, leading to a fundamental reconstruction of society, removing disparities between the rich and poor. This was also applied to food culture; dishes previously prepared for aristocrats became simplified as part of a wider concept that everyone should be equal.

A typical Bolshevik dinner would be relatively simple, consisting of potatoes and a meat ‘cutlet’ (котлета in Russian), typically made from beef, white bread and onion. In harsh winters, not many foods would be available, and meat would be needed, especially when other crops wouldn’t be available. Although meat did remain a staple, there was a wealth of salads, grains and lentils that were also widely used.

Furthermore, looking at the Russian orthodox church, this involved fasting for periods of time, which would typically involve limiting meat consumption.

In food shortages, food became about sustenance and using what is available to you: many Russians also have allotments (known as огород or dacha) where they grow their own produce to be used in cooking. One of my favourite memories of summers in Belarus would be eating freshly picked cucumbers from my Grandma’s огород.

Looking into present-day, a more modern take on the plant-based diet and food culture can be seen through veganarchism. Although first coined in 1997, it is still prominent today and provides an example for how food culture enables personal empowerment and a form of political statement. Last year, the BBC discussed the Horizontal takeaway, a restaurant in St Petersburg based on social justice in equality and promoting vegan anarchism. The eatery is one of about a dozen similar spaces, using food as a moral ideology.

Russia is famous for its many different salads, including Russian salad (also known as Olivier salad) and vinegret. The only thing to substitute for vegans in this is to remove eggs and use vegan mayonnaise.

Furthermore, the base of many dishes are lentils, potatoes, vegetables and grains, all of which are vegan- friendly. Conservation is also a traditional trend in Russian cuisine — pickling and drying vegetables is very common. Lentils and pulses are very common — particularly buckwheat — which are not only vegan but very healthy.

Then there’s the whole avenue of Russian baking. Nothing beats the smell of fresh Pirozhki, homemade buns stuffed with comforting soul food like cabbage (don’t bash it until you try it), mushrooms and other vegetables. These can easily be made vegan without an egg wash and milk in the dough, but I can tell you the dough is just as delicious without it.

Russian cuisine also serves a great variety of soups (perfect for winter), and most of them could be prepared as vegan versions by replacing meat with tofu or beans. A good example is the famous beetroot soup, borsch, which can be cooked with or without meat. 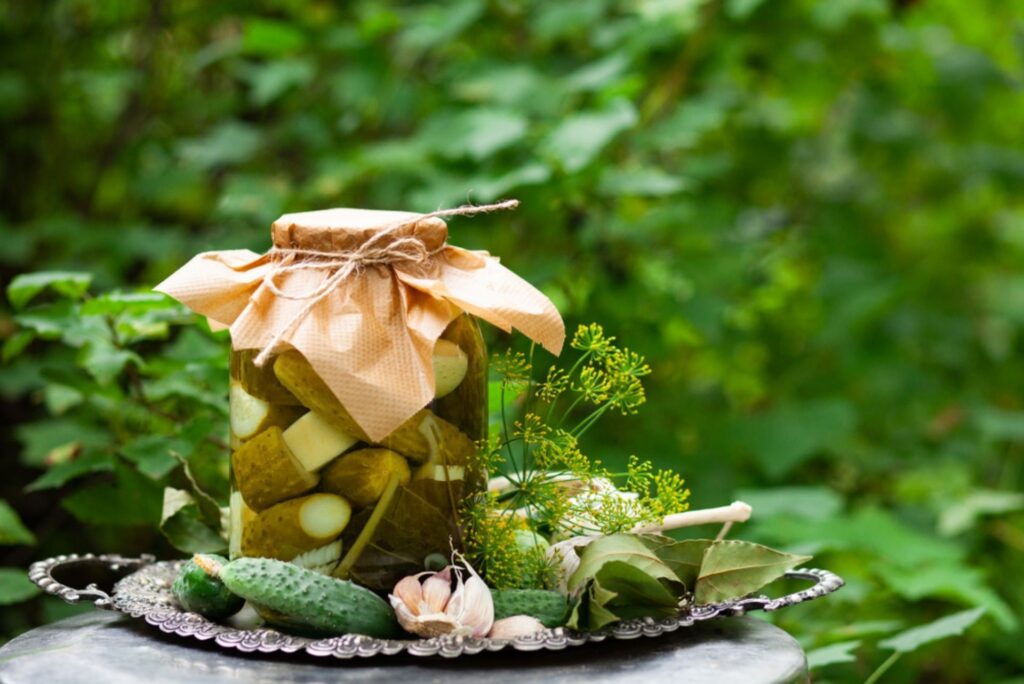 Yulia, 17, has been a vegan for 10 months now as she “couldn’t imagine being a part of (the) horribly cruel system” of animal production. She believes being vegan lowers the demand for animal products, lowering production in the long term. However, it is also a moral stance: “It shows my social position: I’m against killing anyone just for our pleasure.”

When discussing Russian cuisine and veganism, she said: “I don’t think it’s hard to find vegan options in Russia. Of course, there won’t be any special vegan cheese or sausage selections in every shop, but buckwheat or rice are very affordable, and you can find them absolutely everywhere. Any type of beans, grains, vegetables and fruits.”

Kochetova Alena, aged 24, lives in St Petersburg and disagrees with this stance. She’s been vegan for 10 years due to ethical reasons: “I love animals and didn’t want them to suffer because of my lifestyle, so I stopped eating meat when I was a teenager and renounced other animal products when I was 19.”

Alena was born in Novokuznetsk, Siberia, and travelled a lot across Russia, and “noticed that it is hard to find good quality vegan alternatives, but St Petersburg is an exception”. She explained that there are vegan cafés “on every corner of the city, and there are plenty of vegan options in other ordinary restaurants. You can buy tofu, hummus, and lots of greenery in grocery stores all year long”. Just as I felt when I visited the city, it seems St Petersburg is leading the vegan revolution in the country, with plenty of vegan options and cafes.

Russia has a deep food culture, associated with its geography, politics, and general lifestyle. Although veganism previously wasn’t as common — and many traditional recipes have meat and other animal products at its core — cities like St Petersburg are moving with the times to accommodate for a new generation of vegans.

Yasmin Jafar
Yasmin is a journalism undergraduate at City, University of London who is a massive foodie — especially for anything dessert- or coffee-based! She’s passionate about food, its history, and researching and reviewing different diets around the world.
Previous articleUp’Swing Shoes founder Astrid Prévost on the role of small vegan businesses
Next articleFast fashion is out of fashion: how clothes sharing platforms challenge throwaway culture