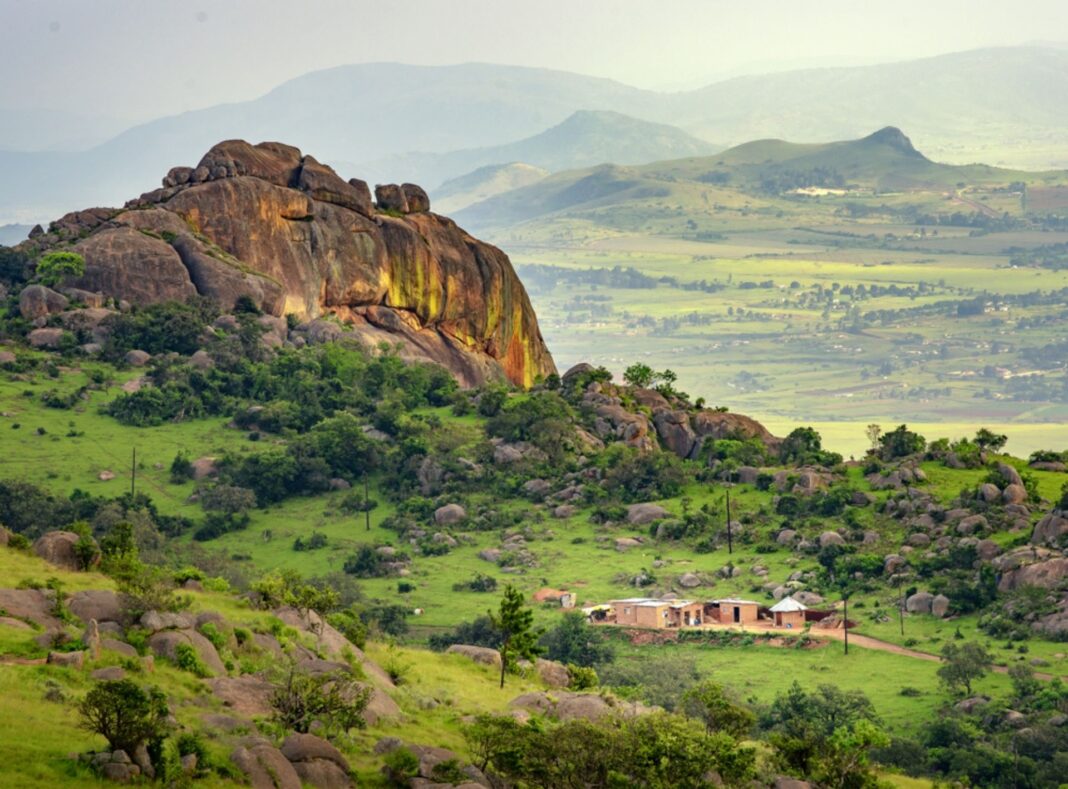 Two vegetarians — one transitioning to veganism — and a meat-eater talk about how food culture is clashing with eco-consciousness and animal rights in Eswatini, formerly Swaziland.

The Kingdom of Eswatini, formerly known as Swaziland, is a small, land-locked country located in Southern Africa. It is recognised for its rich heritage and culture, and its remarkably relaxing atmosphere. Eswatini is famous for its captivating landscapes consisting of gorgeous mountains, valleys and wildlife reserves across the country, which offer an indelible experience for all who visit.

Another intriguing aspect of Eswatini is its cuisine. Inyama (meat) is a constant feature in most local dishes. Outside of traditional breakfast dishes, you would be hard-pressed to find any meal that does not include meat as the star of the dish. Typically, meat stews are served with liphalishi (maize porridge), colloquially referred to as pap, or rice and a side of vegetables.

Seipati Jonga, like most Swazis, grew up eating meat on a regular basis. Seven years ago, she chose to become a vegetarian and is currently working her way towards becoming vegan; a transition she admits has been slowed down by her love for cheese.

Dane Armstrong, on the other hand, grew up and continues to live as a vegetarian. He has predominantly lived a largely vegan lifestyle for the last 10 years. However, being completely vegan has not been his ultimate goal. To him, living this lifestyle comes naturally.

Before becoming vegetarian, Jonga grew up eating meat like most Swazis. “I primarily ate meat such as minced meat, beef stew, oxtail, and cow tongue as it was part of the culture and it was almost strange not to eat meat,” she recalls.

Jonga first got acquainted with vegetarianism when she attended her high school, where vegetarian meal options were available. She had never really considered vegetarian food as an option for herself previously, but found the vegetarian options more appetising. Initially, she only ate vegetarian meals while at school and ate meat when she was home, in an effort to not inconvenience her parents, but she gradually transitioned to a fully vegetarian diet.

Armstrong, however, was raised by vegetarian parents. He was never forced into being vegetarian by his parents, but he believed in their lifestyle and even as an adult, it resonates with him. Today, his diet is mostly vegan with the exception of dairy, which he regulates, and honey.

Both Jonga and Armstrong share similar motivations for choosing vegetarianism: sustainability and reducing their ecological footprints are very important to both of them. Armstrong is part of the Eswatini Climate Coalition, which aims to “increase public awareness and engagement about the climate crisis in Eswatini”. Jonga chose to strive for veganism after she used a carbon footprint calculator and realised that just eliminating meat from her diet was not enough. 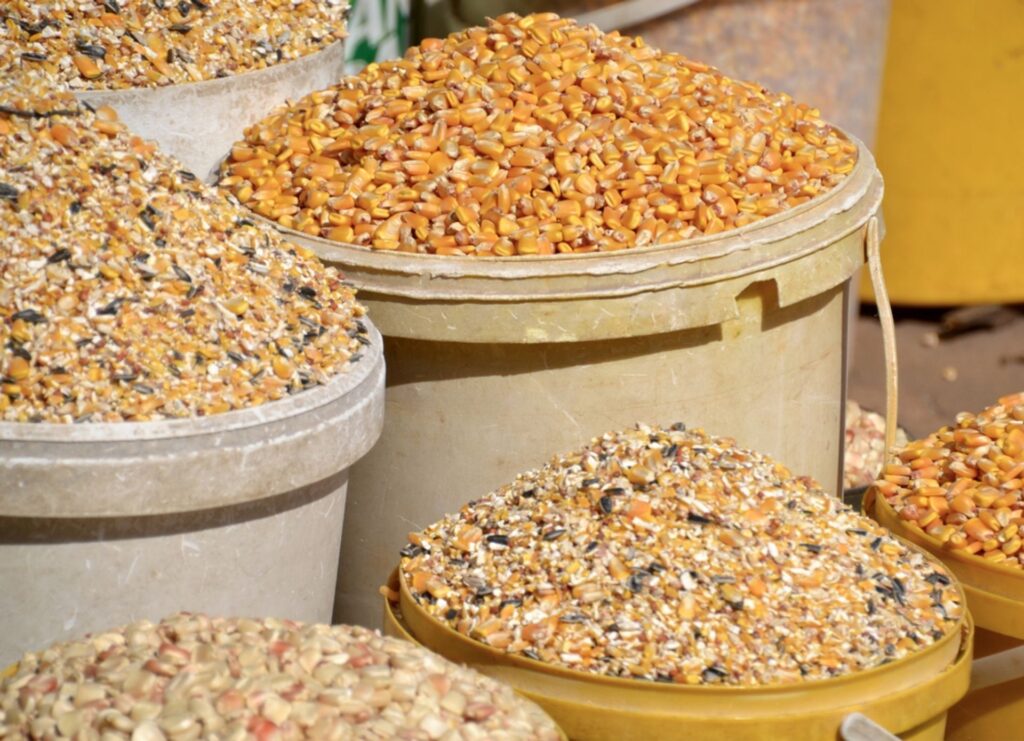 “The idea of raising animals to lead them to butchery doesn’t sit well with me,” she tells me. “I read somewhere that the grain that goes to feed one cow becomes enough food for 16 people on a plant-based diet; why are we feeding cows when we could be feeding so many people?”

Armstrong believes in the concept of reductionism, explaining: “My intrinsic belief is just about reductionism. It’s not about eradicating everything or that meat-eating is inherently bad or wrong. It’s just the quantity and quality of meat that we support by our actions. It’s about regulating our consumption pattern by keeping in mind one’s ecological footprint.”

Reflecting on the challenges they face as vegetarians in Eswatini, both Armstrong and Jonga highlighted the lack of vegetarian and vegan options at restaurants, making eating out difficult at times. Sometimes, they would have to order items from menus and request that meat be removed. Fortunately, they have found vegan-friendly eateries in the form of smaller restaurants and cafes.

According to Jonga, the concept of vegetarianism is so contrary to the culture in Eswatini that people sometimes think there must be a problem with anyone opting for a vegetarian diet. Armstrong echoes this statement, recalling how people often worried about his health due to his vegetarianism as a child and encouraged him to eat meat. He also mentions how people would think it was a restriction placed on him rather than a lifestyle choice.

On the other hand, Senzo Khumalo has eaten meat all his life and continues to do so. Although he has never seriously considered pursuing vegetarianism or veganism, he has reduced his meat consumption and has cut meat out of his diet for months at a time in the past, just to see if he could do it.

He recalls finding out about vegetarianism when he was fairly young — mostly from TV — and he does not recall meeting a vegetarian before high school. He says that in most of the pro-vegetarian programmes and documentaries he watched, vegetarianism was presented solely from the viewpoint of animal cruelty in farming and this never struck a chord with him.

“It sounds cruel, but for me, animal rights were never a factor when it came to slaughtering animals for food,” he says. “Culturally, farm animals like cows, goats, chickens and pigs are viewed as food. So the idea of pursuing vegetarianism or veganism to protect those animals’ rights never really clicked with me when I was younger.”

However, upon learning more about the sustainability issues and environmental impacts associated with industrial farming and meat consumption, he did consider cutting down on meat. Now, he eats meat about 4 times a week, which he admits is probably not enough, but it is a huge drop-off for him. This change, he says, has been made easier by his Indian girlfriend, who has introduced him to a lot of new vegetarian dishes over the years.

Despite Eswatini’s penchant for meat, one can find growing vegan and vegetarian communities within the country. Armstrong and Jonga mention that, although an oddity, many of their friends are vegetarians. And there has also been an increasing number of vegan-friendly eateries in the country over the last few years. Both Armstrong and Jonga endorse Yoon’s Kitchen, a small Korean restaurant in Mbabane, as a vegan-friendly eatery. Khumalo recommends a small bakery called Batter Bakes, that sells vegan baked goods.

Accessibility plays a key role in veganism in Eswatini. Although one can find vegan items in grocery store aisles, more vegan enterprises are required. This includes vegan restaurants, more local vegan brands in clothing, food, et al. This will increase the availability of vegan products in Eswatini while informing more Swazis about veganism as a lifestyle choice.

Armstrong, Jonga and Khumalo all believe that in Eswatini — a country where meat consumption is the norm — vegetarianism is a rarity, and veganism is a novelty. There is a long road ahead for Swazis to fully endorse veganism across the nation. Despite this, there are signs pointing towards an increase in the popularity of veganism in Eswatini.