Veganism-related hate crimes are on the rise in Britain 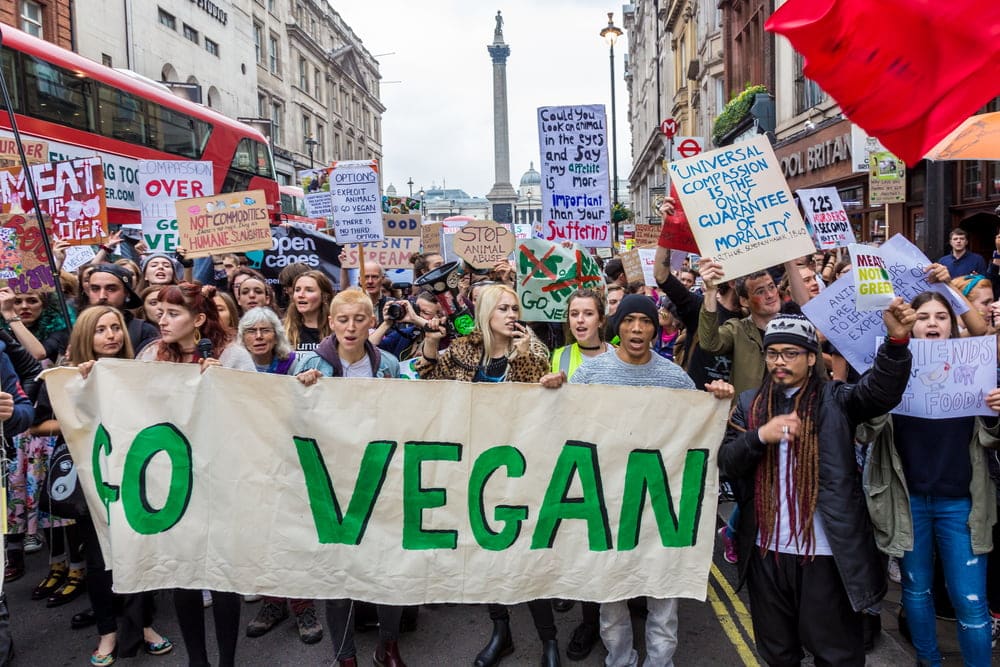 Hate crimes relating to veganism have been on the rise in the last five years in the UK, according to a new report by the Times.

The Times has revealed a rise in hate crimes against vegans in the past five years. According to police forces across the country. There have been 172 vegan hate crimes reported in the UK. And the number has increased from nine in 2015, to 55 last year. It’s because of these attacks that many are prompting for said crimes to be given a special status.

In January, a tribunal ruled that ethical veganism is a philosophical belief and is so protected by law under the Equality Act 2010. This means that it is officially illegal to discriminate someone who holds this belief.

However, this has not stopped those who follow a vegan diet from receiving abuse, be it online or in public.

A few months ago, American actress Maggie Q said that, although she follows a strict vegan diet, she chooses to not call herself a vegan due to the negative and “weird” connotations surrounding the term. The Divergent star prefers the term “plant-based” as she believes the name more “inclusive” and “friendlier”.

And last month, vegan chef Dominique Williamson received backlash from a seafood restaurant for her vegan take on crab cakes. This prompted the chef to face racial and sexist abuse online, both on her personal account and her company’s live chatbox.

Identifying the path to hate

The man behind the landmark case was Jordi Casamitjana. In a statement to The Vegan Review, the vegan animal protection professional said that hate crime comes naturally in a sequence. It starts with ignorance and discrimination, which turns to prejudice and then morphs into hate.

“The way to tackle this issue is to deal with the early stages and to hold those who discriminate to account,” said Casamitjana. “And the logical conclusion is for the Home Office to act against vegan hate crimes. Regardless of whether the landmark case was a criminal case or civil.

Casamitjana hopes his civil case has stopped the hatred from growing even further. He added that he is keen on sending a message about how we should not give “vegan-phobes” any ideas on how to discriminate against vegans and should keep descriptions of any hate crimes to a minimum.

Anam Alam
Anam is a freelance writer for The Vegan Review and a student studying journalism. She is a passionate writer who possesses a range of skills ranging from audio, video, editorial and creative writing. Her goal is to educate the public and the world with stories that she feels need to be talked more about in society.
Previous articleAllergy Box: New allergy-filtering store makes grocery shopping safe and stress-free
Next articleDesserto: Turning cactus into vegan leather for the world’s top fashion brands