Can veganism really save us from future pandemics? 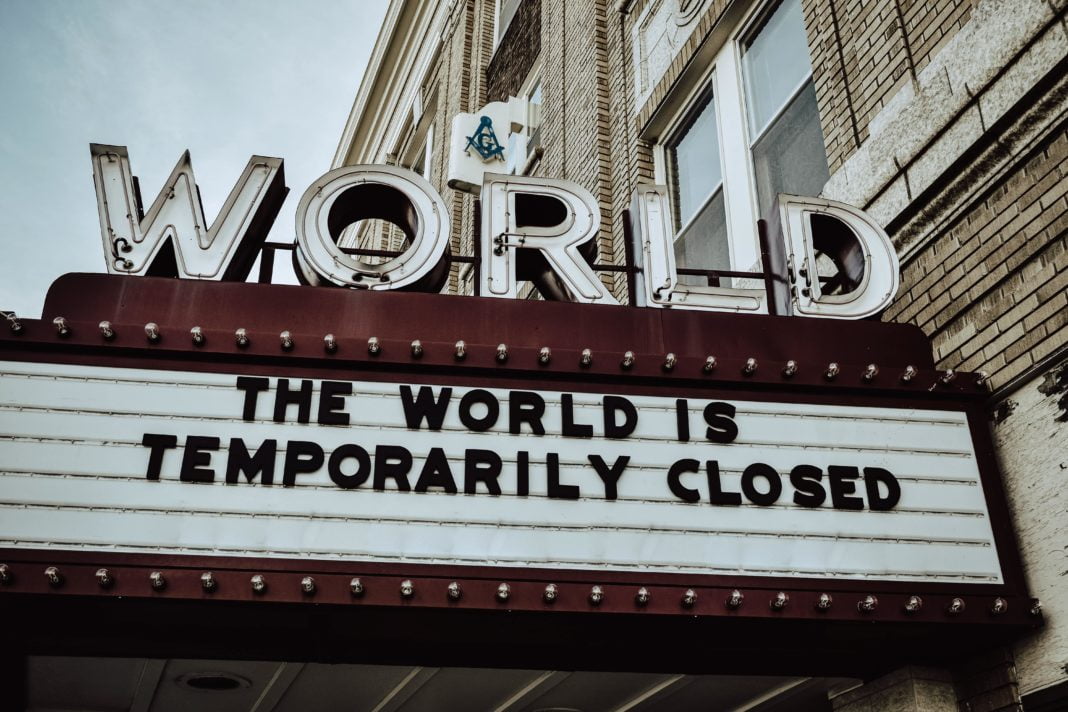 The non-vegan pandemic. It’s here and that’s what it is being called, by some circles. If you’re part of a vegan network, then over the past few weeks your social media channels will doubtless have been saturated with articles and blog posts about veganism, coronavirus, and zoonotic pandemics. Some of these will have been positive and non-judgmental, whilst others probably took on more of a negative tone. But almost all of them state the same message: that a vegan pandemic is unlikely.

This article will endeavour to take a more balanced approach. By the end, you will be able to make informed decisions about your lifestyle choices and be aware of the resulting benefits in terms of sustainability, personal health and well-being, as well as the health of the rest of the planet. 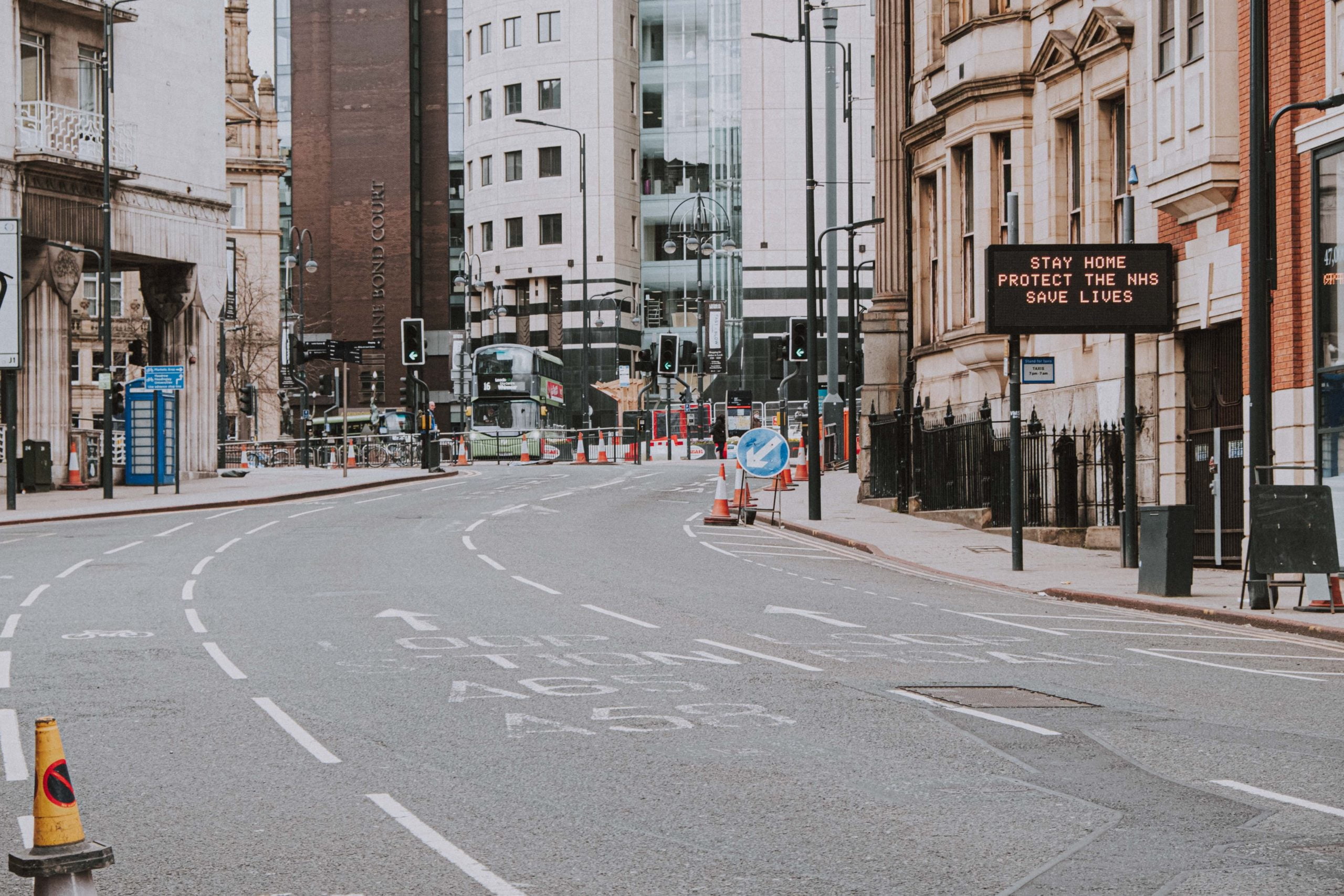 What is a Pandemic?

According to the World Health Organisation (WHO), a pandemic is the worldwide spread of a new disease for which people do not have immunity. To be known as a pandemic, a disease outbreak must cause secondary infections in countries that are not the origin of the disease. However, this is not enough for an official declaration and in fact, there are no set parameters for announcing a pandemic. The decision is subjective and made by the WHO alone.

Due to its ability to cause widespread panic and the ramifications on countries’ healthcare systems, officials will often avoid declaring a pandemic until they are sure that it is necessary.

Where do Pandemics Come From?

The emergence of new infections can be caused by a number of threats. These threats can occur in isolation or in combination to trigger pandemics and can be categorised as 3 main factors, listed below.

In other words, pandemics can be caused by a change in human behaviour, such as:

One startling example of a change in human behaviour is the birth of air travel. Before the existence of commercial aeroplanes, it used to take humans more than a year to travel around the earth, but those geographical barriers have now all but disappeared.

According to the Air Transport Action Group, in 2019 the world’s airlines carried 4.5 billion passengers across the globe. Nowadays, no major city is more than 24 hours away from another. And it’s not just air travel; the rise of the internet, high-speed trains, increased bus links, growing international trade, and new and improved roads and bridges have all contributed to an increase in worldwide travel. Not only does this make outbreaks a lot more difficult to contain, but our thorough exploration of the globe also increases our exposure to unfamiliar and unknown pathogens. 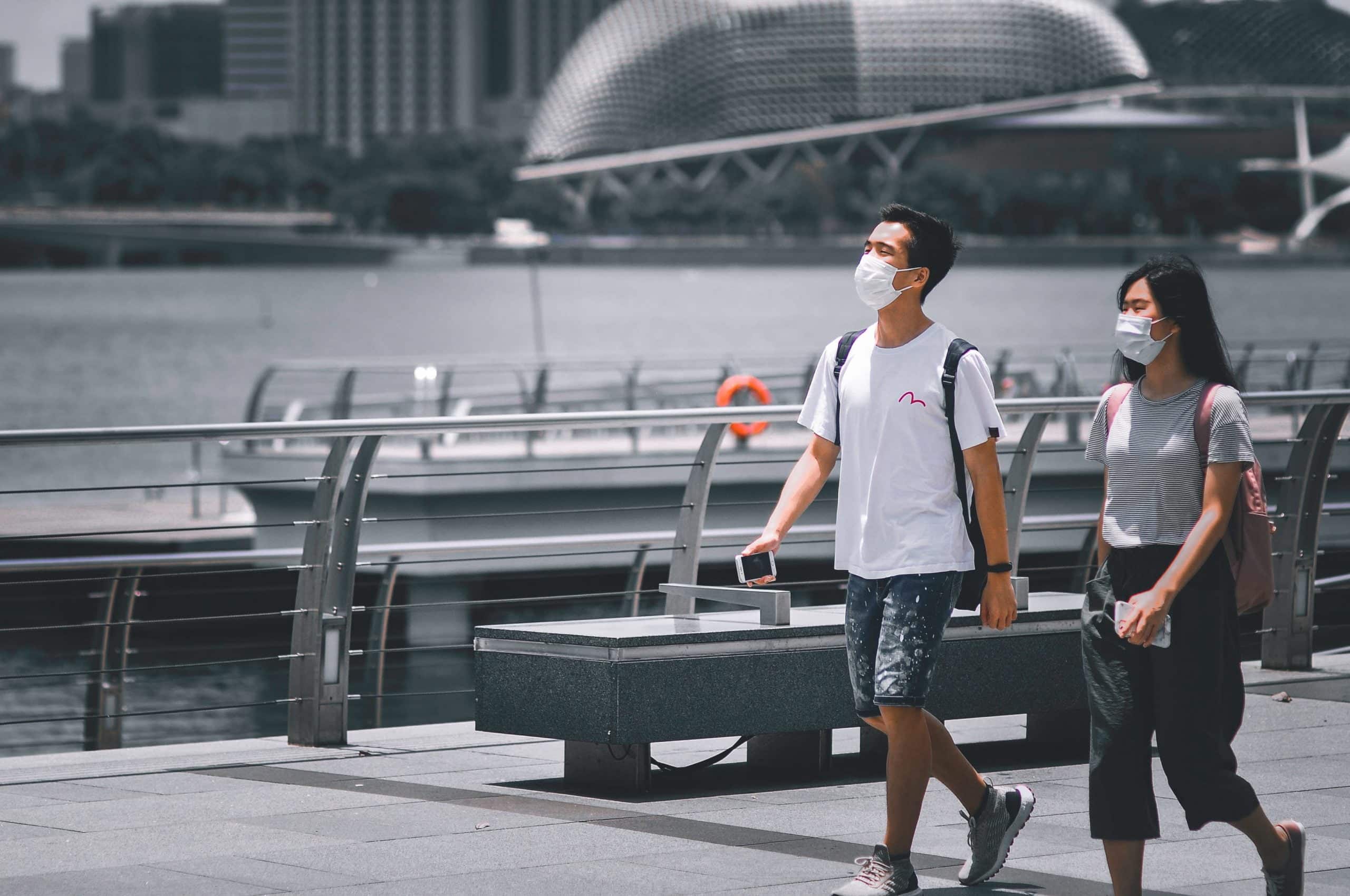 Furthermore, our advances in medical science have also had an impact on the likelihood of pandemics. From organ transplants to shared needles, blood transfusions, and antibiotics, there are numerous ways in which emerging pathogens can enter the population. For example, MRSA and HIV.

The total human population is set to reach approximately 9.7 billion by 2050. This accelerated growth is considered unsustainable and has led to added pressure on various human systems, such as urbanisation, sewage treatment, food security, water supply, accommodation, agricultural intensity, etc.

But what has this got to do with pandemics? Well, all of these pressures can negatively impact health and sanitation, leading to malnourished populations living in squalid conditions who are more vulnerable and situated in closer proximity to potential pathogens. What’s more, in order to feed the growing population, there is an increase in mass animal farming and illegal hunting and wildlife trade.

Ultimately, population density increases the likelihood that zoonotic diseases will make the jump between animals and humans.

As our population increases, so does the pressure on the environment. Demand for food and living space has caused urbanisation and environmental destruction, including the loss of jungles and forests, bringing us closer in proximity to wildlife and zoonotic pathogens.

The mass eradication of natural habitats can be attributed to animal agriculture and unsustainable monocrops, such as palm oil, corn, soybean, almonds, and wheat. Therefore, many crops that are considered vegan can also be partly responsible for creating new opportunities for pathogens to transmit to other species, as well as the creation of new vectors. As we said, this is not a non-vegan pandemic blame essay. We all have our parts to play.

Moreover, climate change is putting us at risk of exposure to more pathogens by creating unstable environments and modifying climates around the world. So think again before you drive instead of cycling to work!

Last, but not least, is the ability of pathogens to adapt and evolve. This is also frequently influenced by human behaviour. For example, the overuse of antibiotics in both human healthcare and mass animal farming has lead to bacterial resistance.

Commonly referred to as coronavirus, the official name of the disease is COVID-19 and it is caused by a virus known as severe acute respiratory syndrome coronavirus 2 (SARS-CoV-2). It is a previously unknown disease that causes respiratory illness. A lot is still unknown about COVID-19, but for more information please check out the WHO website.

What Caused the Coronavirus Pandemic?

Evidence suggests the disease originated from a wet market in Wuhan, where wild animals such as bats, rabbits, pangolins, and snakes are sold illegally. The animal source of COVID-19 is still under debate, with some scientists claiming that bats are to blame. However, no bats were sold or found at the market, so another study pinned the responsibility on pangolins as an intermediary host between bats and humans. These claims are being made due to the genetic similarity of the coronaviruses found in both species compared with COVID-19 found in humans. 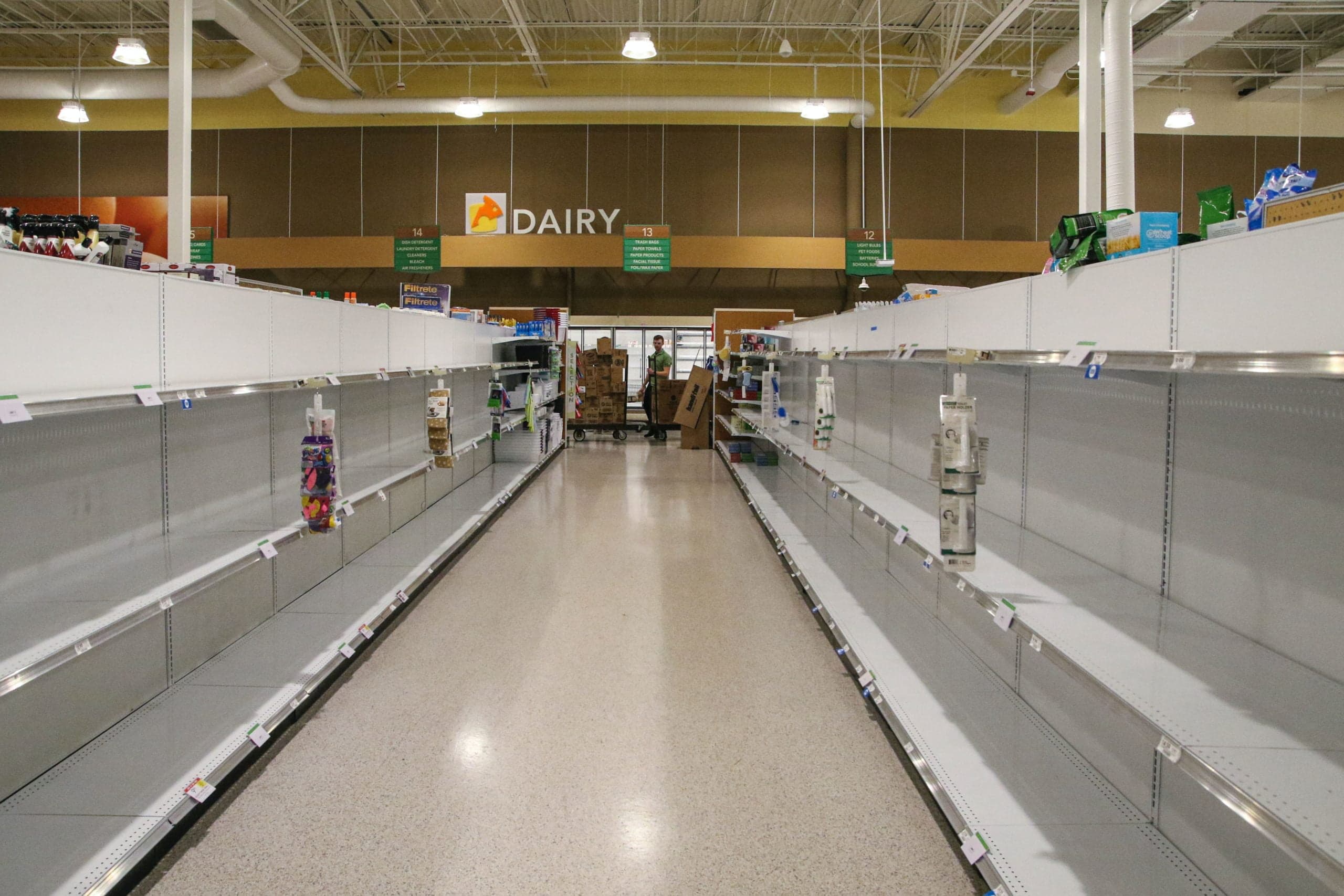 To add further confusion, some of the earlier human cases of the virus appear to have no connection with the Wuhan market, which raises some questions as to whether or not the market is the origin at all.

After the speed at which the virus spread around the market, it wasn’t long before travellers were transmitting it all over the world, with air travel being one of the main routes of global transmission. Worryingly, rumours of non-vegan pandemic blame were also gaining traction, just as we all needed to come together.

Are Non-Vegans to Blame for Coronavirus?

If articles such as this one, or this one, are to be believed, non-vegans are entirely responsible for the coronavirus outbreak. However, if we consider all that is unknown about the COVID-19 outbreak and the other factors that helped to promote its spread, can we truly say that non-vegan pandemic blame is justified?

Of course, the consumption of animal products has been a fundamental cause of the coronavirus pandemic, nobody can deny that. However, population density, pressure on food security, an illegal wildlife trade worth billions of dollars, lack of sanitation, global travel, and lots of other factors have all played a major part in the creation and transformation of this zoonotic disease into a pandemic.

Is a vegan pandemic possible?

As mentioned above, animal agriculture and trade play a pivotal role in exposing the human population to emerging pathogens. Antibiotic use in animal farms is rampant and the occupants become disease factories, producing antibiotic-resistant pathogens capable of infecting humans. The squashed and enclosed conditions encourage disease outbreaks and put us at higher risk of exposure. Moreover, the consumption of wildlife, such as bats and pangolins, is one of the main routes of zoonotic transmission from animals to humans. 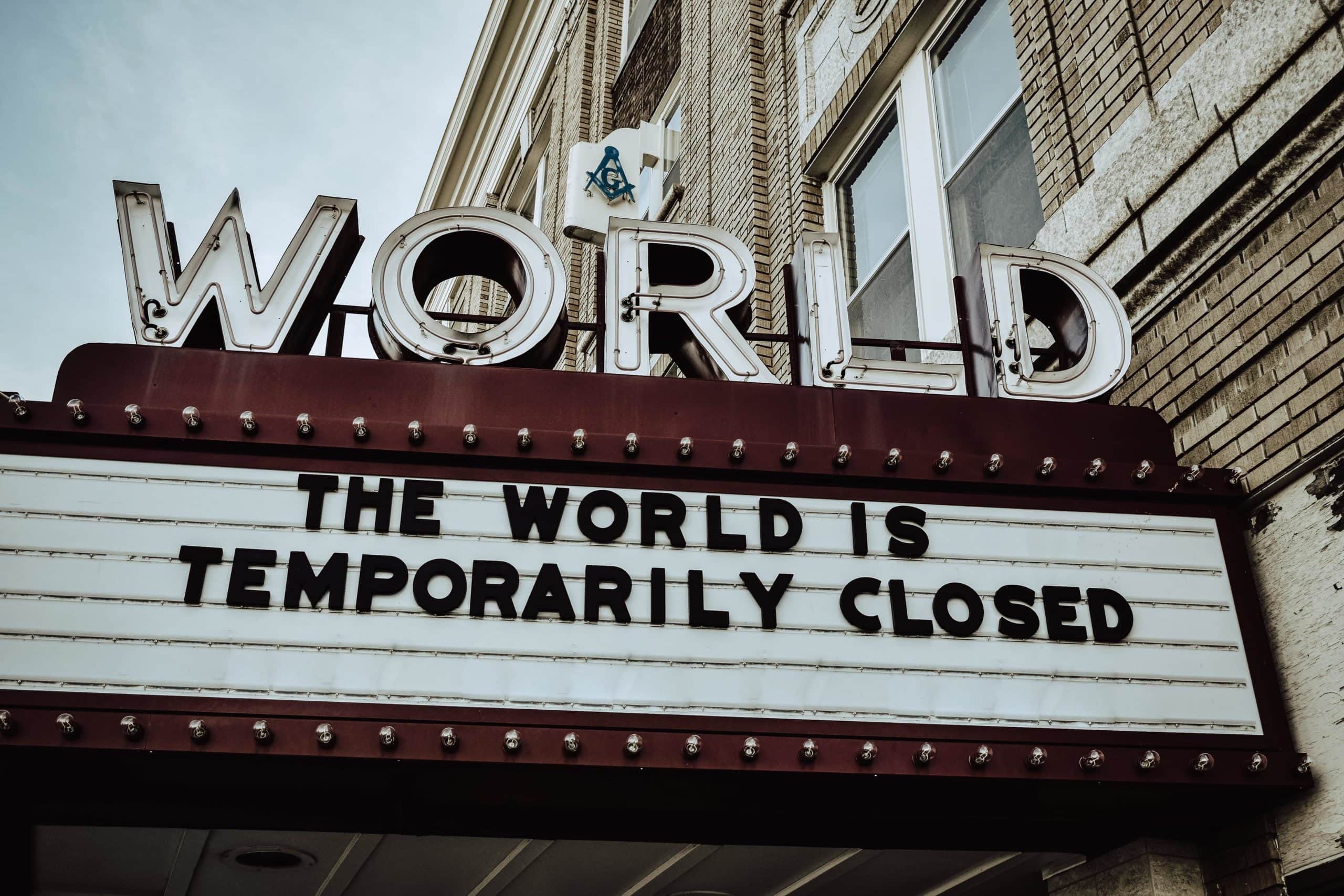 According to the Washington Post, around 70% of emerging infectious diseases in humans are of zoonotic origin. Consequently, it goes without saying that adopting a vegan diet can reduce the likelihood of pandemics. What’s more, if the entire world went vegan (an amazing thought), then a whole route of zoonotic transmission could be eliminated. Unfortunately, as we can tell from the information above, there are plenty of other routes an emerging pathogen could take into the human population.

Nevertheless, global veganism would be an incredibly effective measure at reducing the likelihood of pandemics (whilst also solving a load of other issues, like food security and sustainability, climate change, etc.).

From omnivorous diets to global travel, and even personal antibiotic misuse, we are all in some way contributing to the possibility of future non-vegan pandemics.

Does this mean we all have to stop travelling? Adhere to a strict vegan, organic, homegrown, and seasonal diet? Adopt children instead of giving birth to them? Stop buying products from abroad? Live sustainably off the grid? Good on you if you do all of this! But for the majority of us, it’s just not feasible.

Of course, veganism is amazing! Adopting a vegan diet is an admirable thing to do and something we can all change on an individual level without too much personal sacrifice. If more of the population decided to go vegan, then it will have a hugely positive impact on the environment, global food security, animal welfare, public health, and yes…it could reduce the likelihood of future pandemics. BUT, we must all remember that none of us is perfect and that the only way we are going to create a sustainable future for our planet is by working together.

Let’s all make more conscious choices to promote an ethical, safer, and healthier world. After all, vegan pandemics might not be the norm, but there’s no hard and fast rule that says they are impossible.

Alice Johnson
Alice Johnson is a freelance writer, keen musician, and co-founder of Vegan Sisters’ Online Community, which offers training courses for content writers. She is passionate about public health, animal rights, sustainable living, plant-based food, travelling, conservation, and rescuing stray animals on her way around the world. Alice has made appearances on BBC News and her work has been published in national scientific journals, print magazines, and on web-based news channels. When she’s not in the kitchen experimenting with cashew cheese, homemade body moisturisers, and vegan kimchi, you probably won’t be able to find her as she will be off gallivanting around the world.
Previous articleDo we need more vegan lingerie?
Next articleEnvironmental Impacts Of Fur Farming