Can veganism be a solution to food-related illnesses, allergies and intolerances? 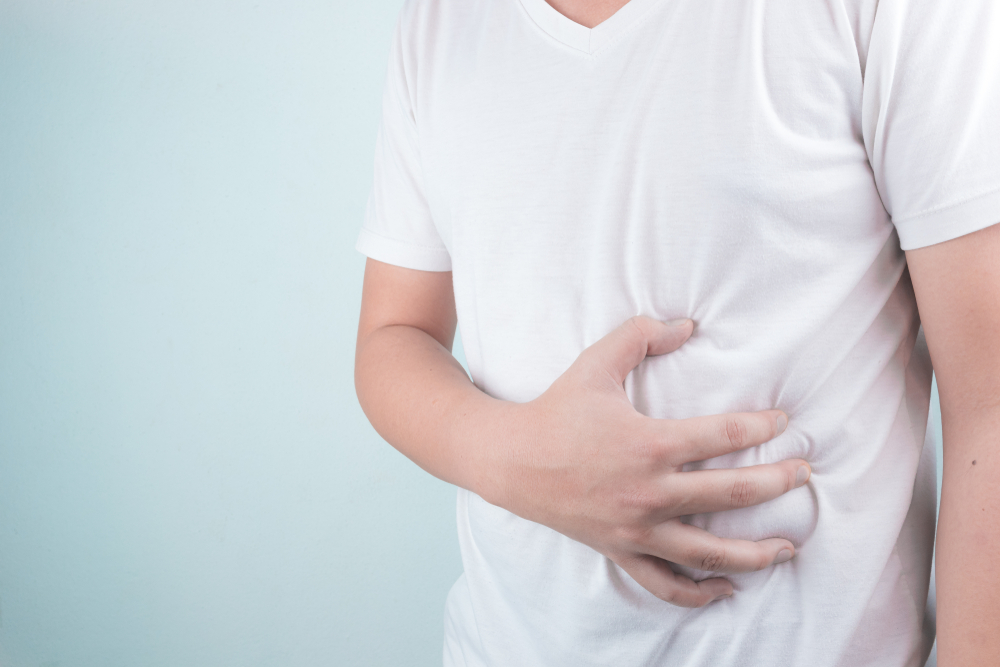 It’s known for healing the planet, but what about the people? Can veganism work to reduce and improve the effects of food-related illnesses, allergies and intolerances?

One of the main reasons people go vegan is for health. However, a survey conducted in 2018 investigated why people went vegan and found that out of 12,814 participants, only 17.4% did so for health reasons, in comparison to 68.1% who did so for the animals.

Health benefits of the diet include a lower risk of heart disease, lower blood sugar levels, improved kidney function, lower risk of severe Covid-19, and possible protection against certain cancers. But can veganism also reduce the effects of food-related illnesses by improving gut health and helping people with food allergies and intolerances?

Saskia Williams tells me that in her second year of university, she began struggling with IBS and dairy made her symptoms significantly worse. “As a result of going vegan and cutting out dairy, my symptoms were hugely reduced. Over time, it helped to improve my gut health and alleviate my IBS symptoms,” she explains.

Similarly, blogger Lucy Hird suffers from IBS and going vegan has helped reduce its effects. “Being vegan forces you to be aware of what you’re eating and be creative in the kitchen. I became more aware of what I’m putting in my body, therefore realising what causes my IBS flare-ups,” she explains. Red meat was a big trigger for her IBS, so after cutting it out, she noticed a huge difference.

Hird later realised she was also lactose intolerant: “As much as I loved cheese and milk, it wasn’t good for my body. I was so ill from eating, my friends ended up calling an ambulance as I fainted in a restaurant.” Going vegan meant she became more aware of what she was consuming and how her body reacted to it, so she knew what to cut out to lessen her symptoms.

Yasmin McKenzie, also lactose intolerant, says going vegan has really helped her “as it eliminated all dairy products, so I was no longer dealing with constant stomach aches and bloating”. She adds that she’s also slightly gluten-intolerant, explaining that veganism is helpful for this, as “although [it] doesn’t exclude gluten, a lot of vegan products, particularly desserts, are also gluten-free, which really helps”.

Read our story about the challenges of balancing veganism with food allergies and intolerances.

Why did having these intolerances or food-related illnesses make people decide to go vegan? Williams tells me that she tried to go vegetarian first, but struggled “because in cutting out meat, I began eating more dairy”. She continues: “As a result, my IBS flared up and it took a while to figure out that dairy might have been the trigger.” 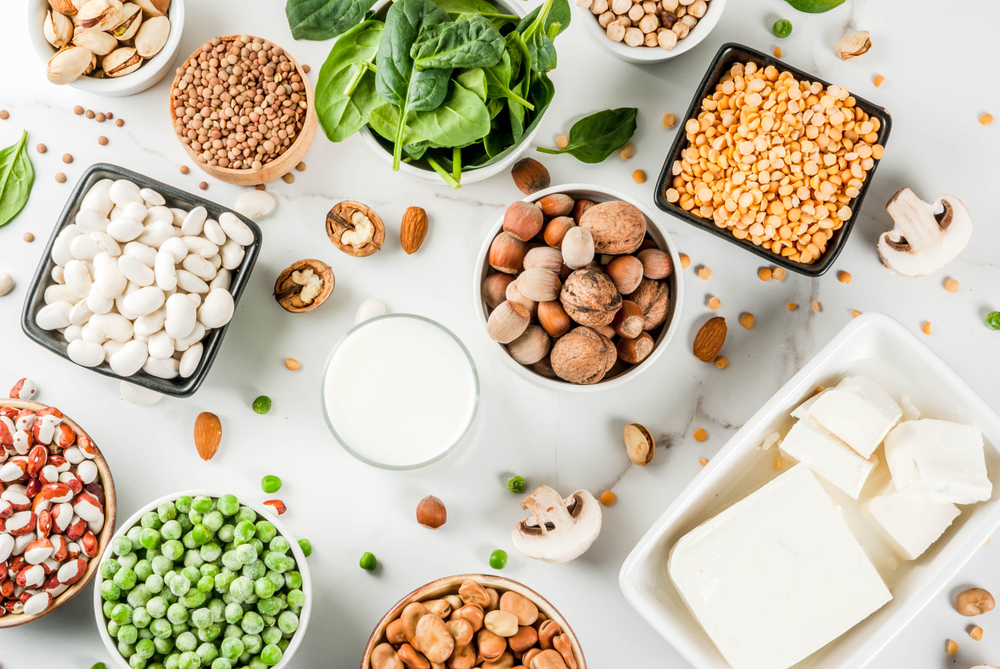 The doctor suggested she tried a low-FODMAP diet, “which helps identify what it is that you are sensitive to and requires you to cut out dairy [as well as many other foods]”. When she began to reintroduce foods into her diet, she realised dairy was a “major trigger” of her IBS. So, going vegan was an easy step.

Hird says she could tell that red meats and dairy didn’t sit right with her: “Not only did I not agree with those industries, but putting them into my body was actually hurting it.” She’d seen that going vegan had helped people with intolerances and knew deep down it was right for her and her body. “So, after cutting out meat due to IBS, then dairy due to lactose intolerance, it only made sense for me to go all the way, and my stomach and body have been very happy with me for it.”

McKenzie explains that she knew she was lactose intolerant for a couple of years before going vegan. Since the demand was increasing, there were a lot more vegan products in supermarkets. She says: “The driving factor for me going vegan was for primarily ethical reasons, but it helping the symptoms I was experiencing as a result of my intolerance was an added bonus.”

So veganism a potential solution for people with food allergies, intolerances or food-related illnesses?

“A lot of people are sensitive to dairy and even small amounts can have effects that last for days after consumption, so I definitely think going vegan could help these people,” suggests Williams. She elaborates by saying that a lot of everyday products contain dairy, which you may not notice unless you check the labels, and “being vegan is a prompt to be vigilant with checking” them.

On the other hand, she acknowledges that going vegan didn’t completely cure her IBS: “I still have trigger foods, which are vegan, like beans and cauliflower.” 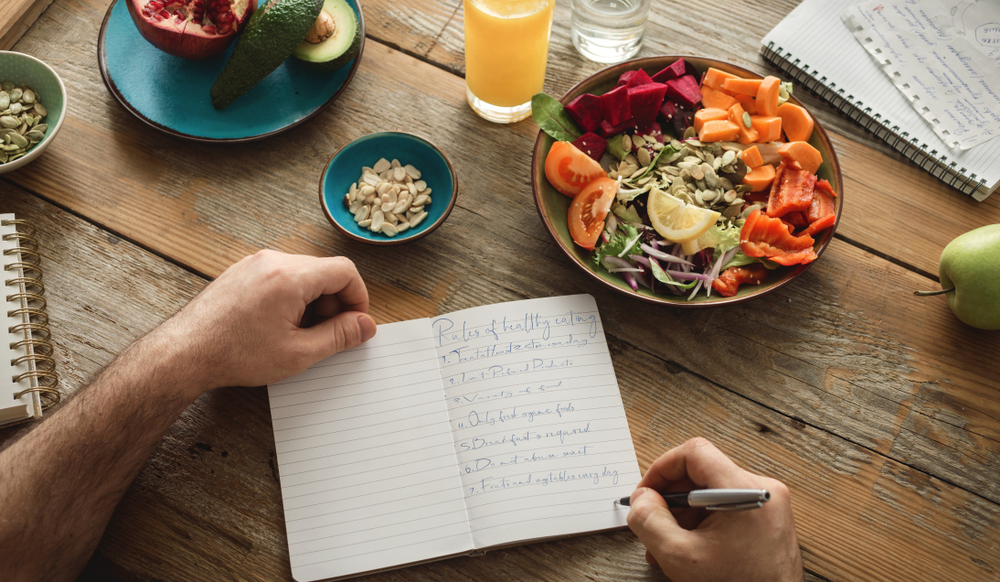 Hird also believes veganism helps people suffering from these issues. “[Don’t] underestimate your body. Listen to it and it will tell you if it’s not happy,” she advises, adding that keeping a food diary to help you understand what is causing any flare-ups and make you “more aware of your body and how it reacts”.

She says that when her friends ask for help, she always suggests cutting out dairy, particularly with cystic acne: “I had an acne flare-up in my early 20s after never having it before, and once I cut out dairy, [it] went.” She recognises that this isn’t the case for everyone, but it’s a start.“Dairy is pumped with hormones, so when it comes to skin, it reacts, especially if your skin or gut is sensitive.”

She goes on to say that she still has flare-ups, especially with spices, “but I’m just so much more aware now, which is important when you suffer with allergies and intolerances”. She highlights the importance of your gut to your overall health, and so, “looking after it can make a world of difference”.\

McKenzie agrees that veganism can be good for people with intolerances as it “excludes a lot of the things people are commonly intolerant to”. She reiterates her earlier point that a lot of vegan products are gluten-free, which “eliminates additional ingredients people tend to be intolerant to”.

However, she recognises that going vegan wouldn’t be as helpful for people “with severe allergies as much of the vegan food sold in supermarkets is made in the same factories as potential allergens”. She adds: “A lot of vegan food, particularly desserts, use nuts such as almonds and peanut butter as alternatives in their recipes, so this obviously isn’t good for individuals with nut allergies.”

Veganism does seem to have its benefits to some people with these difficulties surrounding food, enabling them to change their eating habits and behaviours. It causes them to be more conscious about what they’re putting into their body, leading to some significant benefits when it comes to allergies, intolerances and food-related illnesses.

Chloë Morgan
Chloë is a recent English graduate from Loughborough University. She tries to use her writing to raise awareness of important issues in an attempt to help others. Her passions lie in social justice, mental health and sustainability. After taking part in 'Veganuary', she developed an interest in veganism and recently went vegan. She is also trying to boycott fast fashion as much as possible by shopping second-hand and more sustainably.
Previous article‘No different than Penny’ — an exclusive extract from Bear Boy by Justin Barker
Next articleCalorie labelling: vegans weigh in on menus being detrimental or insightful