Veganism: 5 things nobody is talking about 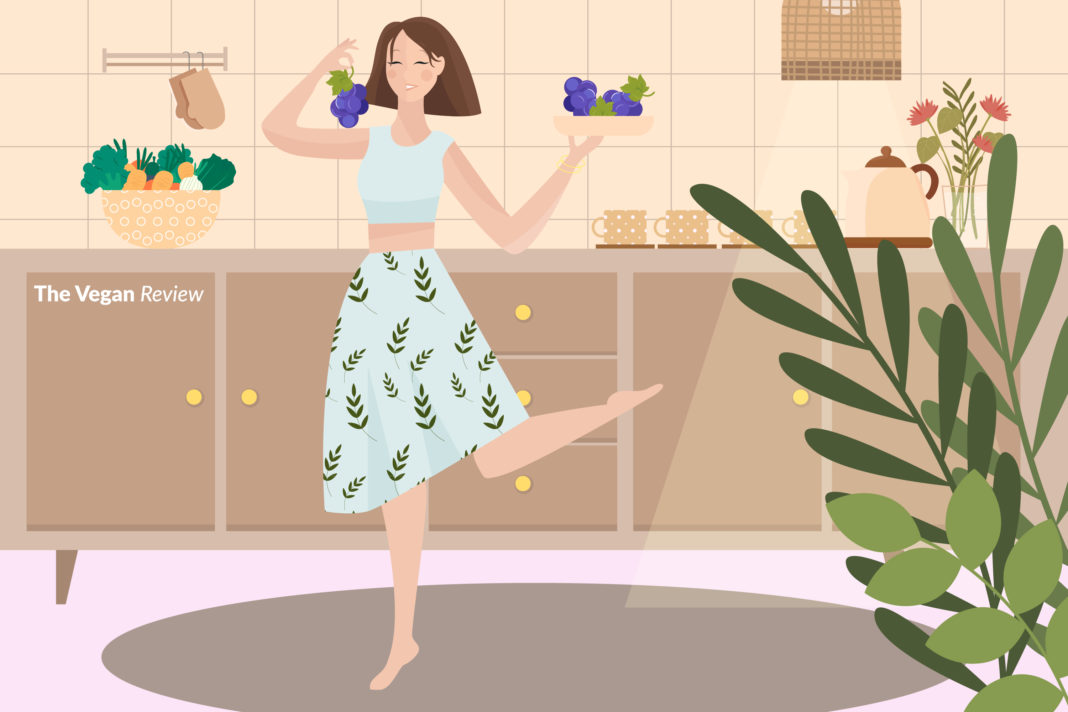 Saving animals, helping the planet and making ourselves feel healthier. Veganism has a lot of internal and external dialogues going on but there are still some talking points being woefully under-discussed.

Few people relish being the individual that brings up an uncomfortable or embarrassing topic, but when it comes to veganism, there are more issues to highlight than the ones the media likes to play on.

Buckle up, because some of these talking points surrounding veganism will incite less than pleasant feelings, but that’s exactly why they need to be normalised.

Veganism is a belief system. Discriminating against those that subscribe to it, based on their decision to not consume or wear animal products, is nothing short of bigotry. Is there a sliding scale of discrimination, though? Can we say that making jokes at our expense is as bad as sexist humour? Is hating an entire demographic based on their dietary preferences a form of prejudice that can be likened to racism? Important questions.

The thing to remember is that being vegan is a choice. Even if we are born and raised vegan, we can choose to eat meat at any point in our lives. Discriminating against us because of our lifestyle is not the same as being victimised due to sexuality, gender identification or skin colour.

It is wrong and inflammatory to try and make these connections. That said, making our choice does not mean that we have to “have a sense of humour” about it when we are targeted for ridicule and abuse.

Name-calling, making jokes at our expense and exclusion are all forms of bullying behaviour and do not need to be tolerated. We don’t need to watch somebody making a point of eating a bacon sandwich with “good humour”. We can be offended. We can ask to not have to see that, and moreover, we should.

Read our story exploring the discrimination faced by vegan parents and children. 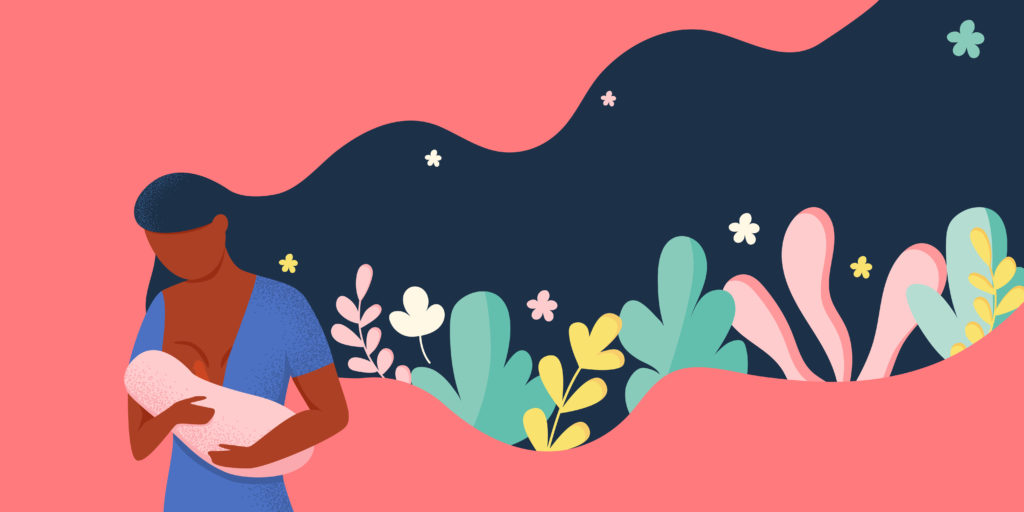 Yes, breastfeeding our children is a real and pertinent talking point within veganism, though seemingly more for people outside the lifestyle that simply want to cause offence or ask silly questions. For everyone else who has a genuine interest in the topic or simply wants to know if breastfeeding is vegan or not, let’s dive in.

Yes, breastfeeding our babies is vegan. Why? For a number of reasons. The milk we produce as mothers is for our children. We produce milk while pregnant in preparation to nourish our little ones — if we can or want to — once they are born. It is our milk. Made for humans, by humans.

We are able to communicate our desire to use it. Our babies are not taken from us as soon as they are born, so that our milk can be stolen and sold for profit. That is the simple truth.

A quick note about breastfeeding, if we may? While it is wonderful for any mother to be able to feed her baby, let’s not forget that not all want to breastfeed. It is not a loving, comfortable or beautiful experience for everybody and this should not elicit opinions. How a mother feeds her baby is entirely her own decision and ultimately, fed is best.

We see you, strong-pumping mums, up at 3am on your own, chained to a breast pump. We see you mixing that formula before you can even open your eyes, brilliant bottle mums. We see you, determined cluster-feeding breast mums. And we respect, love and support you all.

The link between veganism and eating disorders is real and tangible and must be addressed openly. As with all disordered eating habits, if we try to keep veganism’s connection to them a secret, we simply push away those that need help, because they feel alone.

Many people with eating disorders turn to veganism. Some do so as a means of controlling their calorie intake. Others see it as an easy way to avoid pressure at family meal times, because they have special requirements.

One of the most common ways that the two are linked is via orthorexia. A specific condition that sees sufferers becoming increasingly preoccupied with consuming what they see as healthy foods, it leads to rigid and often unattainable standards surrounding meals and ingredients. It results in serious self-esteem problems and eventually can lead to or be observed alongside other eating conditions.

Because of the exclusionary nature of veganism, whereby foods are eliminated from the diet due to their composition, it lends itself to restrictive, rigid or obsessive eating patterns and disorders easily. If you feel that you are at risk of disordered eating, please speak to somebody. We have included a list of resources at the bottom of this story.

Now we’re getting to the juicy stuff. What a phrase. One of us was once asked, by a fabulously jovial drunk man standing outside a Wetherspoons, cigarette gently hanging from his lip, if vegans “do it doggy-style”. Maybe it served us right for wearing a pin badge displaying our ethics, or maybe Mr Artois should have just kept quiet. He also wanted to know if we can perform certain acts, without their connotations to “eating” undermining our vegan principles. What a gift to the world he was.

Jokes aside, veganism and sex, raises some interesting questions and talking points. Is prescription birth control plant-based? Which condoms and sex accessories can we use? But there’s another question: if we choose to have an abortion, are we no longer vegan? A relatively shocking, deeply personal and intrinsically judgemental enquiry, no? But what are our thoughts?

There’s no standard response here. Just as vegans turn to the plant side for a host of different reasons, there are many facets to this topic. Personally? We think any vegan, anywhere in the world, should have access to safe and legal abortions without needing to justify or excuse themselves.

Do we think you can be vegan and terminate a positive pregnancy? Absolutely. Is it your right to have your own opinion? Yes, it is. But let us say this: if you decide that you are against abortion, that does not give you the right to impart your ideology onto somebody else, particularly those wrestling with the decision themselves. Being mindful of others’ circumstances and experiences is something that makes us human.

Let’s go out with a real bang, shall we? We’ve talked about breastfeeding, but what about a less well-known option after childbirth: eating your placenta?

This is a major talking point in general, not just for veganism. It might sound scary, bizarre or just plain bonkers, but studies have shown that women who consume their placenta after birth are less likely to suffer from postpartum depression, might enjoy increased milk yield and might even heal more quickly and suffer from hormonal imbalances less. When you put it like that, there’s obviously a good case for grabbing a knife and fork, but is it vegan to eat your placenta? We think it is. Bear with us while we explain.

Similarly to breast milk, your placenta is yours to do with whatever you like. You can voice your opinion and preferences and if you give birth in hospital, it can be popped in a sterile bag and stored for you.

The easiest way to deal with it is to have a special courier booked, ready to show up and take it away for freeze-drying and processing into tablet form. You can then take them every day until your supply runs out, reaping the benefits of the nutrient-rich afterbirth. You might be shocked at how large they can be, but the bigger the better, as you’ll get more tablets.

Naturally, if you were to try frying it up and eating it like a regular meal, that might feel a little different. Though we still maintain this would be vegan, as it is yours to consume, we can understand that the imagery is less appealing.

Don’t shy away from the difficult conversations. We know they aren’t always fun, but if we normalise them and take the stigma away, they get easier. Just as the more we all opened up about veganism, the more people got involved.

And now, look! Open dialogue, more products and a generally far more positive and inclusive vibe. Just avoid the awkward sex jokes unless you know the people you’re speaking with really well. Nobody wants to be the Wetherspoons guy.

In the UK, you can get in touch with Beat, SEED and Mind for support with eating disorders. Your GP will also be able to help with support services available in your local area.

Amy Buxton
Amy is a committed ethical vegan, raising a next generation compassionate human with her husband and their beloved dog, Boo. A freelance writer with a background in PR, she decided to use the COVID lockdown period to refocus her client base and has come to The Vegan Review as a senior writer and editor, before moving into her external content director role. "What we should be doing is working at the job of life itself" is Amy's mantra, courtesy of Tom from The Good Life.
Previous articleVegan world triathlon champion Kate Strong: ‘My biggest success was doing something for me’
Next articleWhat are the nutritional benefits of hemp milk?