Vitamin B12 Foods For Vegans: All You Need To Know 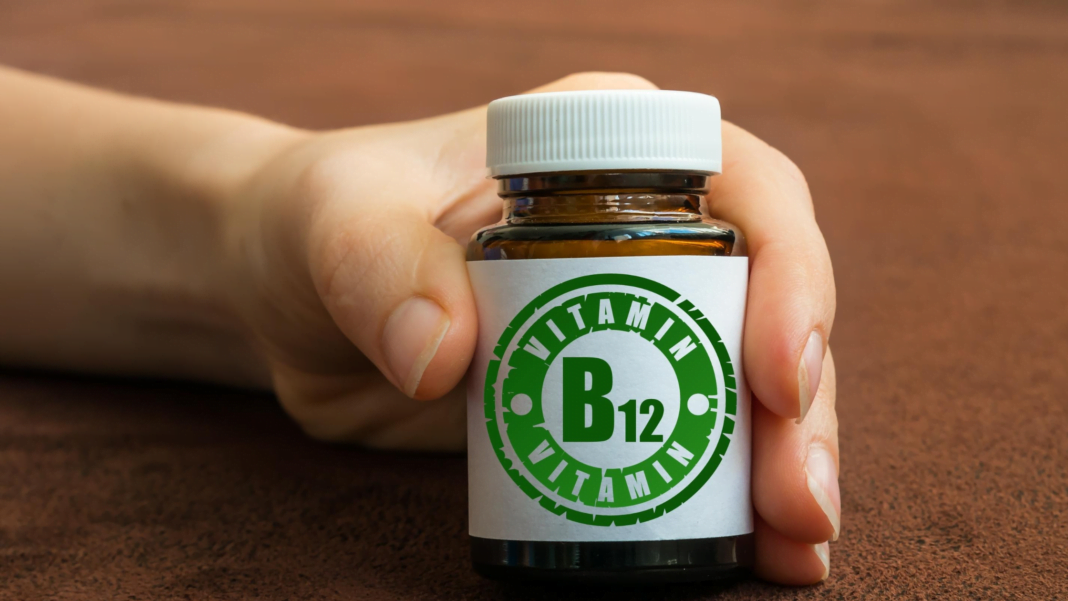 Whilst anyone can have a vitamin B12 deficiency, vegans and vegetarians are at particular risk. Luckily, with a choice of the right fortified supplements and foods, even people on plant-based diets can maintain the healthy levels of B12. We took a look at all you need to know about the vitamin and the top b12 foods for vegans.

Vitamin B12 is the only vitamin that is not provided by a diverse plant-based diet that consists of plenty of fruit and vegetables. B12 is the most chemically complex vitamin and it is also one of the most essential vitamins when it comes to health according to MIT experts.

What vegan foods have B12?

The only safe sources of this vitamin are fortified foods such as alternative milk, vegan spreads, nutritional yeast flakes, yeast extracts, breakfast cereals and soy products. All of these are fortified with vitamin B12. Vegans and vegetarians should eat these foods at least twice or three times a day.

‘’In over 60 years of vegan experimentation only B12 fortified foods and B12 supplements have proven themselves as reliable sources of B12, capable of supporting optimal health,’’ says Vegan Society.

The recommended daily dose of B12 is around 1.5 to 3 micrograms a day. This amount should be sufficient to avoid the symptoms of B12 deficiency.

Vegans who don’t consume fortified foods and prefer raw diet should aim to get B12 from supplements. The recommended intake is at least 10 micrograms of a supplement daily or at least 2000 micrograms weekly.

The less frequently you consume vitamin B12 the more you need it.

With vitamin B12 deficiency, it sometimes takes three or four years to be able to spot the symptoms. They usually start appearing like pins and needles in hands and legs.

B12 deficiency can lead to damage of the nervous system, anaemia and mental health problems.

Vitamin B12 has a vital part in the formation of red blood cells, they carry oxygen to all the parts of the body. If there is not sufficient amount of B12 absorbed, it can lead to anaemia. Anaemia affects the quality of red blood cells that are being produced and leads to reduced overall function. Its main symptoms are tiredness and lack of energy.

B12 is also responsible for the regulation of the nerve system, it plays a part in the production of so-called ‘’myelin sheath’’. Myelin sheath allows for signals to be sent from the brain and spine to the rest of the body.

It also helps with the production of neurotransmitters that are important for the regulation of mood, pain reception, and sleep. Without successful neurotransmitter production, you can experience imbalances like insomnia, anxiety, depression and poor concentration.

Most plant-based diet followers should consume enough B12 in fortified foods to avoid anaemia and the nerve system damage, but many do not intake enough to minimise the potential risk of heart disease and pregnancy complications.

Breastfed infants of vegan mothers with B12 deficiency are also at particular risk.

Research conducted about veganism suggests that vegans are less likely to be at risk of type 2 diabetes, heart disease and overweight. The vegan diet is very healthy and low in cholesterol but can lack a supply of vitamin B12. Vegans can get the healthy required amount of B12 from supplements and fortified foods. Plus, plant-based foods fortified with B12 are more easily digestible than the animal-based ones.

Diana Buntajova
Diana is always looking for the environmental aspect of every story. She is interested in health and lifestyle, hoping to point to issues that are often overseen. Diana has explored topics including B-12 deficiency in the vegan diet, fears about exotic skin farms sparking another pandemic, and the Oreo controversy. Currently studying Journalism at City University of London, she enjoys everything to do with visuals especially photography. Creative and detail-oriented in both her visual and written work. On a mission to find the best vegan cheese and can't resist beyond meat burgers.
Previous article5 Luxury Vegan Fashion Brands
Next articleIs Your Perfume Vegan-Friendly?