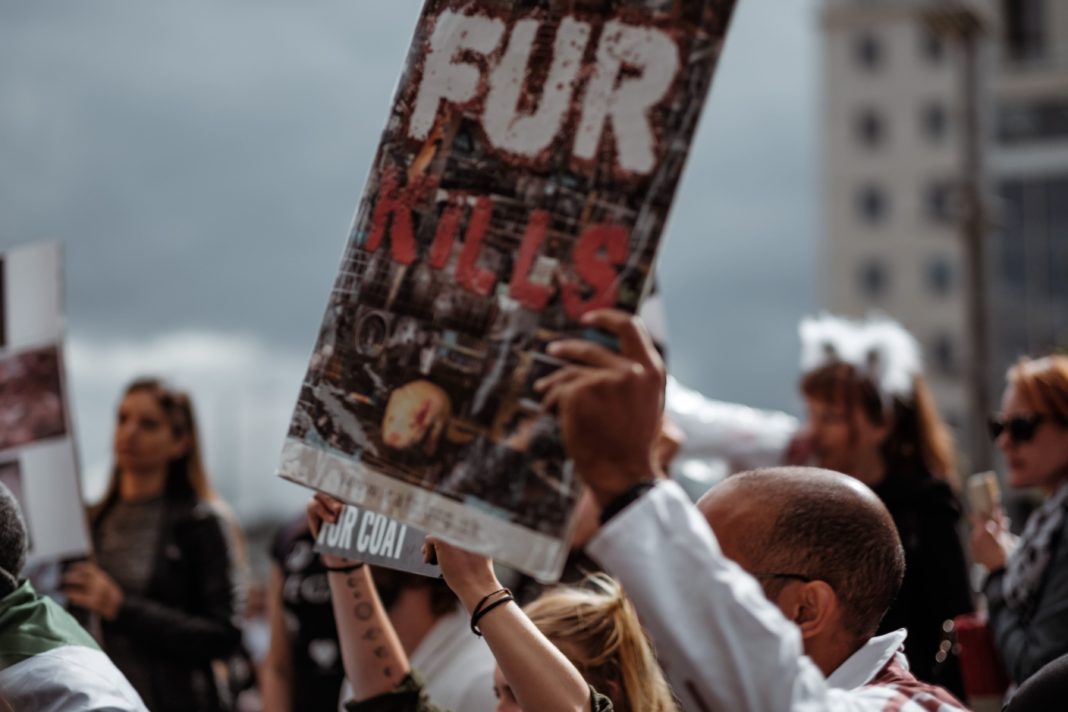 The use of fur for fashion purposes has been a constant issue for animal welfare activists. Each year, 50 million animals are killed worldwide for the purpose of obtaining their fur to then transform into luxury clothing products like coats and scarves. Though fur farming is currently banned in the UK, the lenient laws surrounding fur-trapping in Wales have recently caused concerns for animal welfare activists.

Fur farming used to be big in the UK

Due to overwhelming public support to end the practice, fur farming has long been banned in the UK. Before this, there were fur farms in the UK producing around 100,000 mink skins yearly and this came with many adverse impacts on the environment – fur farms led to degradation of land, waste seeping into soils and produced hazardous toxics in the process of production.

With this in mind, animal welfare activists have argued it is “hypocritical to continue to allow the import of real fur” especially as the fur industry in the UK is no longer as popular as it once was. Claire Bass, executive director of the Hunt Investigation Team pointed out that though “Politicians acted with compassion almost 20 years ago when the government banned fur farming in this country, so the public will be shocked to discover that animals are still suffering and dying for the cruel trade here in the UK”.

Though legislation covering fur farming exists, there seems to be a loophole in the law – fur trapping is not covered and remains legal.

Fur trapping animals like foxes and rabbits with the aim of selling their fur is an ongoing issue – over a hundred of foxes in Wales have been killed and skinned during the winter in order to obtain their fur.

Fur trapping consists of traps like snares, underwater traps and steel-jaw traps. One fur-trapper in Wales calls himself the last fur-trapper in the UK and in his defence, he says he is “helping the environment by keeping the fox population down”. Footage of his actions have been exposed to the public – one of his captured fox struggle in one of these snares he has set, and he then proceeds to kill this fox with a wooden pole.

Many different types of animal are victims of fur trapping

Other animals like raccoons, beavers, otters and opossums are also victims of fur trapping and as a result, it has had a substantial impact on the extinction of species like the sea mink. Evidently, legislation doesn’t provide adequate protection for animals and the Welsh Government have been called out to reform their legal framework surrounding the use of animal fur as the fur-trapper says, “I’ll keep on doing this until I’m in a box”.

Petitions to ban the sale of real fur in Wales

The issue surrounding fur is not new – in 2019, Cardiff Animal Rights started a petition which called to ban the sale of real fur in Wales. They pointed out that “many animals are trapped in the wild using steel jaw leghold traps and have been known to chew off their own limbs in a frantic attempt to escape”. The petition called on “the National Assembly for Wales to urge the Welsh Government to ban the sale and import of real animal fur”.

However, it seems that change is still needed as the government has previously responded that “there are regulations that ensure any fur that can be imported into the UK comes from animals that have kept been treated, trapped and killed humanely” and the gap in the law was not closed.

The next wave of petitioning

Now, a leading campaign group against the fur trade, ‘Respect For Animals’ is holding a petition to encourage the Wales fur ban and asking key political figures to review its legal framework after seeing the hundreds of skinned foxes.

The Campaigns Director for Respect Animals, Mark Glover says, “The Welsh Government needs to act urgently to close all loopholes and make sure the law is very clear that this is not legal”.

They have support, but is it still a losing battle?

In support, the Hunt Investigations Team also agrees that “the legal loophole that allows foxes to be snared and killed for fur needs to be closed. The UK banned fur farming because it is morally unjustifiable to subject animals to appalling suffering in the name of frivolous fashion and vanity.” as the UK still allows imports of real fur from many species.

However, a spokesman has said they are “not planning to review current regulations on fur-trapping or selling fur from non-licensed wild animals like foxes and rabbits” and thus, it remains to be seen whether this petition will bring the much-needed change.

Next up: The Environmental Impacts Of Fur Farming

Gozde Elidemir
Gözde picked up Journalism as a hobby but after realising how much she learns through Journalism, she has taken up more opportunities. She is currently a Journalist at Lawbore as well as The Vegan Review and enjoys how these two very different topics take her to two different parts of the same world. While she enjoys having a busy schedule, she balances this well with some down time - aside from work, Gözde enjoys delving into video games and new beauty and self-care findings.
Previous articleGreen living in Latin America: New healthy consumer habits
Next articleAre bananas vegan? Why wouldn’t they be?