WEEE and REE: identifying the weak points in the recycling chain 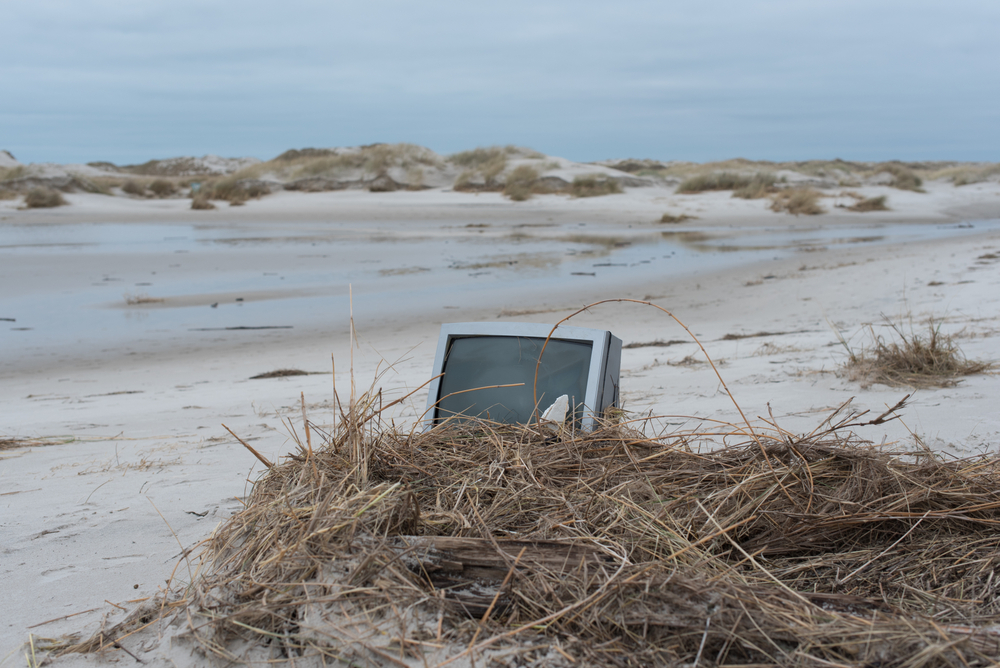 A study reveals failures in the recycling chain that lead to finding rare-earth elements from electronic devices in food packaging. As electronic waste grows, it’s time to think about its life after usage.

It is generally thought that plastic lasts for hundreds of years. Some experts advise reducing its use or reusing it, but while there is no alternative, producers will keep using plastic, so recycling it properly is a must. A study from the University of Plymouth has recently found rare-earth elements (REE) in plastic toys and food packaging.

Dr Andrew Turner, the study’s lead author, said: “Rare-earth elements have a variety of critical applications in modern electronic equipment because of their magnetic, phosphorescent and electrochemical properties. However, they are not deliberately added to plastic to serve any function. So their presence is more likely the result of incidental contamination during the mechanical separation and processing of recoverable components.”

Turner’s team analysed a range of random items such as a board game, coat hanger, water bottle and fruit container. The substances found in this molecular structure, including bromine and antimony, were used as flame retardants in old batteries, and they were found in over 75% of the articles. It is thought these objects used recycled plastic contaminated due to failure in the recycling chain. It was, however, a tiny amount.

Technically, it is possible that they could contaminate food via its packaging, but there is no evidence that REEs are harmful. However, Turner warns: “It could signify the presence of other more widely known and better-studied chemical additives and residues that are a cause for concern.” What happens with the increasing number of solar panels or lithium-ion batteries from electric vehicles and e-bikes?

Actually, as there were no links between their origin, the author thinks that REEs are ubiquitous and pervasive contaminants. As there are microplastics up to the top of Everest, the material which makes up the batteries on our devices can be found in unexpected places, like your next takeaway food container.

It is expected that electronic waste will increase by 20 million tonnes worldwide by 2030.

Waste electrical and electronic equipment (WEEE) plays a role in the UN’s Sustainability Development Goals framework. It can be related to the third goal of good health and wellbeing, sixth goal of clean waste and sanitation, eighth goal of decent work and economic growth, and 14th goal regarding life below water. The UK tops the organisation’s Global E-waste Monitor 2020 in the Northern Europe sub-region.

For Material Focus, which launched an awareness campaign last year, all this waste can turn into “hidden treasures”, as some of its components are gold, silver, platinum, aluminium. It all costs the UK economy over £370 million in lost valuable raw materials.

The UK’s WEEE recycling is said to run below capacity. Scott Butler, executive director at Material Focus, says: “Our Hidden Treasures research found that 45% of people across the UK are unaware that old electricals contain finite materials such as copper, gold, aluminium, steel and plastic. The Recycle Your Electricals campaign is making it easier to recycle by providing a postcode locator for your nearest recycling point.”

He calls for standardising the treatment of electrical waste across the country to improve its efficiency. Butler also suggests processing the WEEE collected in the UK instead of exporting it to EU mega-facilities. Finally, consumer behavioural change is key to reducing WEEE — this means dropping your old hairdryer to the right recycling point. But before you throw it, consider repairing it or just donating; it can have a useful second life.

Juanele Villanueva
Juanele Villanueva is a freelance journalist passionated with Environment Affairs. He is originally from Spain and started to be interested in the Environment and sustainability when he was in his masters at the University of Salford. His goal is to share stories which change the general belief that being eco-friendly is just for wealthy people. Moreover, the vegan diet is the easiest step that everyone can do to reduce its environmental footprint. He is also interested in conservationism, recycling, renewable energies and environmental policies
Previous articleVeganism and minimalism: benefitting yourself and the planet
Next articleGoing on a vegan diet: dietary tips for heart patients