What are the nutritional benefits of hemp milk? 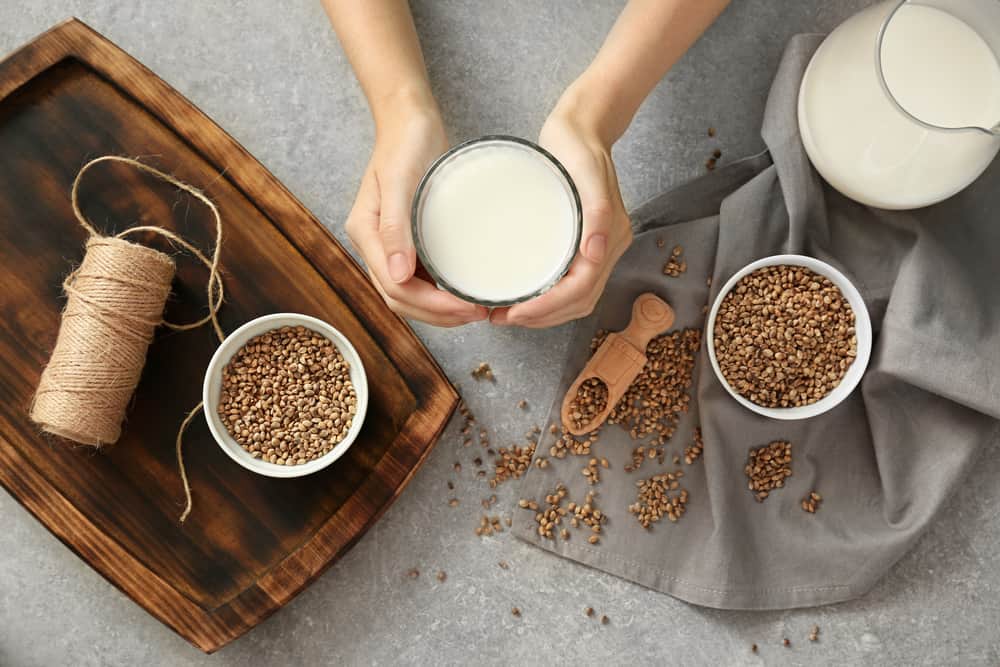 With the number of alt-milks growing rapidly, trying new options can be daunting and exciting. Here is a nutritional overview of hemp milk — a fairly new dairy alternative.

Hemp milk was introduced quite recently to the UK market in 2018. If you’ve ever wondered what exactly is hemp milk and whether it’s the right plant milk for you, we’ve got you covered.

Here is everything you need to know about hemp milk.

How is hemp milk made and is it healthy? 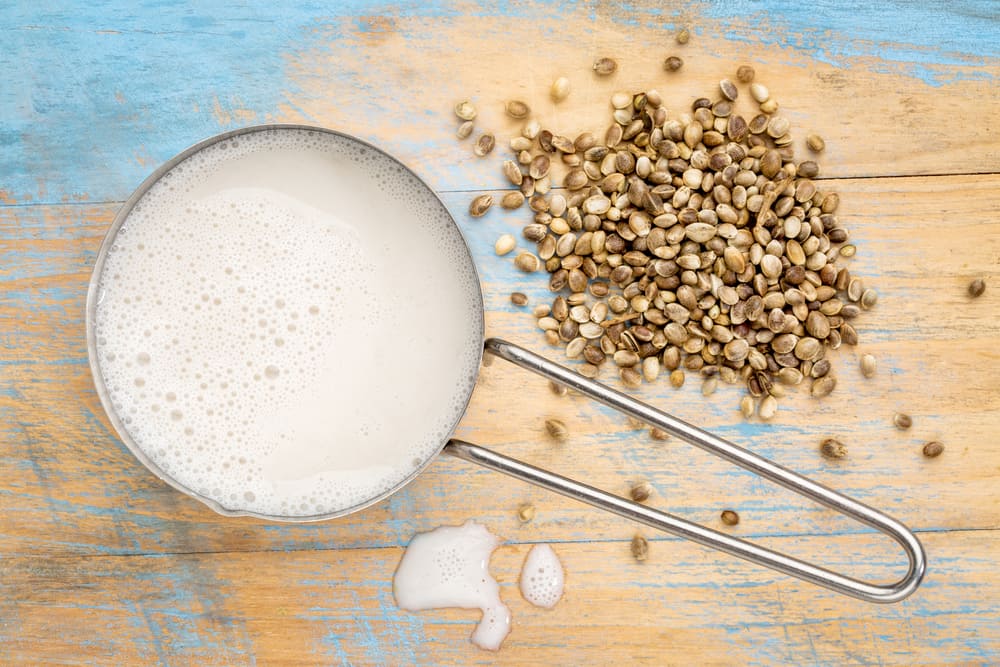 Hemp milk is made from hemp seeds, which are derived from the cannabis sativa plant. Hemp contains extremely low traces of the cannabinoid compound tetrahydrocannabinol (THC), compared to marijuana, and thus does not create a high. Hemp seeds are ground and blended with water and then filtered out to make hemp milk.

Hemp is also consumed directly via the seeds, which have a pleasant nutty taste. They’re usually used as a topping on salads, toast, or even oatmeal.

Hemp milk contains a fairly low amount of protein compared to other plant milks, such as soy milk, which contains about 7g to 8g of protein per cup on average.

However, hemp milk is rich in healthy fats like omega-3 and omega-6 polyunsaturated fatty acids, which have shown to promote heart health. These fatty acids have also been known to raise HDL cholesterol or ‘good cholesterol’, which promotes lipid metabolism by lowering the total serum cholesterol in the body.

Omega-3 fatty acids also play a key role in cell signalling and providing structure to the cell membranes. They are important players in normal brain functioning, hormone production, regulating blood clots and even promote relaxation in the blood vessels to combat hypertension.

Vegans and vegetarians, in particular, need to make sure adequate omega-3 fatty acids are consumed in the diet in the form of nuts and seeds. So if you’d like to integrate more healthy fats into your diet, hemp milk is a great choice.

When choosing a hemp milk brand, make sure to check the label to avoid too many added sugars. Otherwise, seed-based milks like hemp are an excellent alternative, especially for people with soy and tree nut allergies.

Hemp milk is also considered a low-calorie option when compared to other popular plant-based milks such as soy and oat milk. 100ml of Alpro’s Unsweetened Soy milk has about 33 calories, while 100ml of Oatly Barista has about 57 calories. So hemp milk is great if you’re looking for a low-calorie alt-milk.

Is it environmentally friendly? 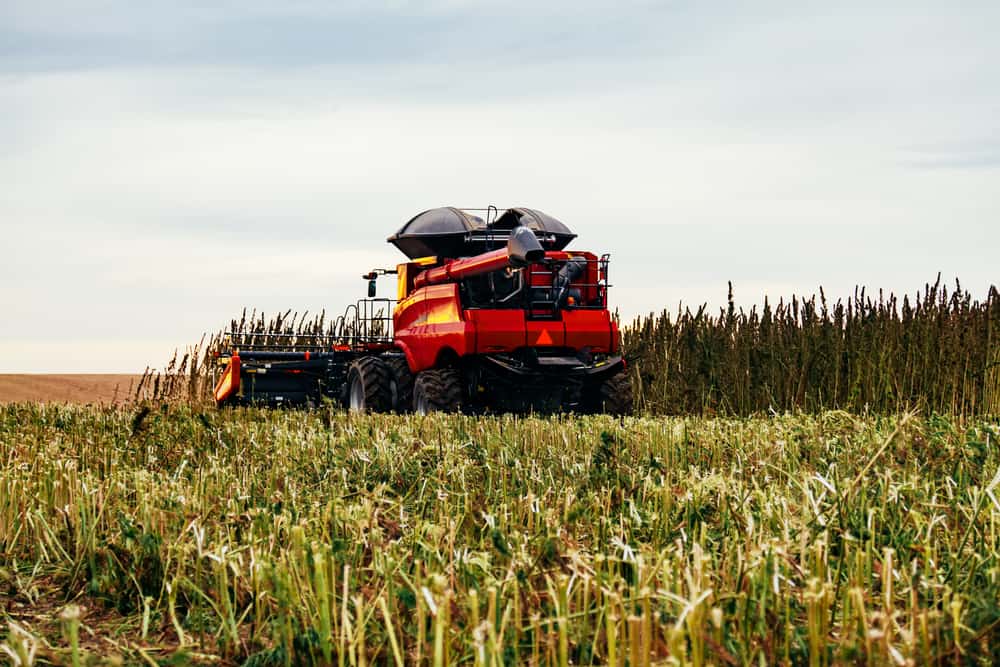 The hemp plant is well-known for its environmental sustainability when it comes to promoting soil health. One of the many environmental benefits of industrial hemp farming is that for every tonne of hemp grown, 1.63 tonnes of carbon dioxide is cleansed from the air.

Hemp is also a low fertiliser and zero pesticide/herbicide plant. With minimal management input, the carbon emissions from hemp production are below average. Hemp farming can take place on pre-existing agricultural land (unlike most crops) and has also shown to improve neighbouring crop yields by means of crop rotation.

However, it does use more water than oats, soybeans and peas. Hemp was also ranked in the top five highest contributors of water consumption and erosion in a study conducted by the European Environmental Agency.

Which hemp milks are the best?

Good Hemp is a sugar-free option, and thus may be suitable for you if you’re diabetic or following a low sugar diet. A single 250ml glass of hemp milk provides 50% of the omega-3 daily requirements and is also fortified with vitamin A, vitamin D and calcium.

It has a subtle, earthy flavour and pairs beautifully with a cup of tea. But generally, it is a versatile option and can be used for desserts, to pair with cereal or even on its own.

Good Hemp also has a line of barista milk. This can be frothed and has a subtly sweet flavour with a smooth texture. The barista seed milk has a thicker consistency that helps make a creamier latte or cappuccino.

Nutritionally, the barista milk is slightly higher in calories and sugar content, but has the same omega-3 and omega-6 contents as the regular edition. Other than that, this barista option is a great way to make a cup of coffee more nutritionally satisfying, primarily from hemp’s healthy fats.

Ecomil is another brand with a line of unsweetened hemp milk. If you’re diabetic, or just someone who wants to avoid sugar in your diet, Ecomil may be the right hemp milk for you.

100ml Ecomil Unsweetened Hemp Drink contains 40 calories, compared to Good Hemp’s 26. Ecomil is a less widespread option than Good Hemp, but can be ordered online, especially if you’d like to buy it in bulk and have it delivered to your doorstep. 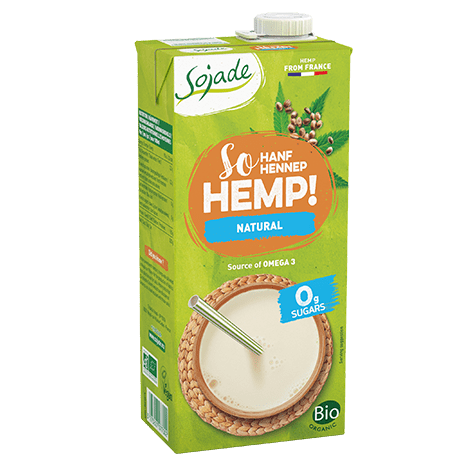 This is less creamy in texture compared to Good Hemp, but does have a slightly higher protein content compared to other hemp milks, at 0.5g per 100ml. If you’d like a lighter option with a thinner texture, try out Sojade.

How is barista hemp milk different? 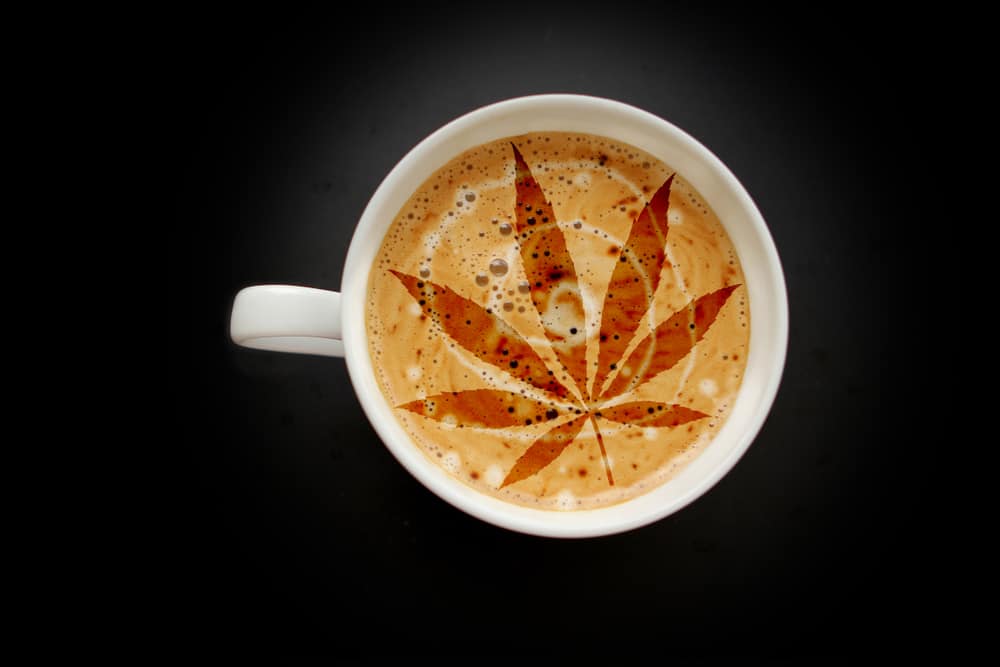 Barista plant milks are more often used in coffee and tea due to their ability to froth and and hold up without splitting. They have a thicker and creamier texture and often tend to be higher in sugar and fat content compared to their regular counterparts.

There are some nutritional differences between a barista and a regular plant-based milk. These include the type of acidity regulators, emulsifiers, sugar content and sometimes the addition of pure malt extract in barista milks. For example, Good Hemp adds pure malt extract in its barista edition, which isn’t present in the standard milk. Potassium phosphate, a strong acidity regulator, is also used in Good Hemp’s barista milk to prevent splitting and the formation of clumps when added to coffee.

It also contains emulsifiers like sunflower seed extract, which gives the barista milk its thick and creamy texture, while the regular milk tends to use sunflower lecithin, which provides a less pronounced thickness to the plant milk. Sunflower extract brings out the creamier consistency as it tends to be higher in fat content compared to sunflower lecithin.

Devika Vanjani
Devika is a writer specialising in nutrition and health. Currently finishing her degree in Biomedical Sciences at King's College London, Devika grew up in the Philippines and moved to London three years ago. She has been vegetarian her whole life and went vegan in January 2019 and hasn't looked back since. Her background and research in university centres around whole food plant-based diets and evidence-based nutrition in veganism. Devika also strongly advocates for environmental sustainability and animal welfare through plant-based living. She loves to travel (especially around Asia) to explore the world's cuisines and diversity.
Previous articleVeganism: 5 things nobody is talking about
Next articleMeatless Farm partners with Certified Master Chef Daryl Shular