What is hindering India’s vegan revolution? 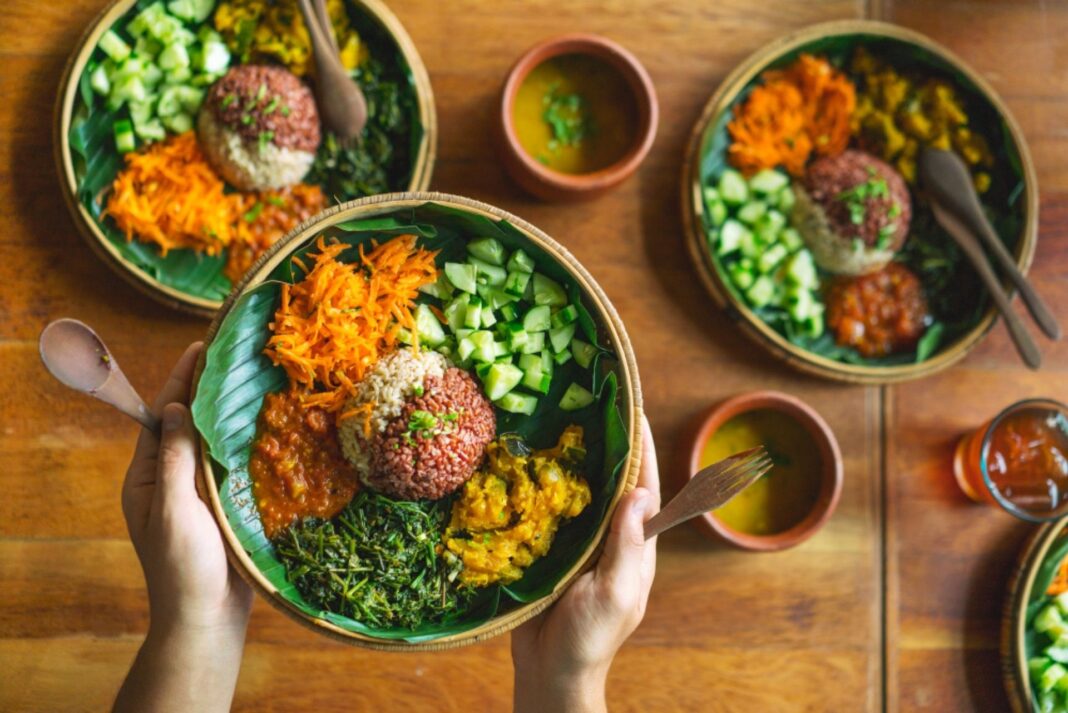 Exploring the challenges to veganism in a nation with deep cultural roots and wide culinary choices. Can India go vegan?

Pacifists believe the core of vegan philosophy is strengthened by notions of nonviolence. The preaching of Mahatma Gandhi and principles of Jainism are the closest to what could have incited a vegan revolution in India long ago. But apart from political influences and religious demands, environmental consciousness and health concerns have made the vegan movement multidimensional.

While veganism is on the rise — with celebrity endorsements and growing urban consumer awareness — the Indian youth still battles to bring more people into the club. India hosts the largest number of vegetarians in the world, accounting for an estimate of 28.85%, as of 2016. To put that into perspective, that’s over 350 million people. Furthermore, 33% of Indians are lactose intolerant, and in Southern India, the figure goes up to a surprising 70%. While vegetarianism is not synonymous to veganism, the transition is easier than from a meat-based diet.

So, what slows down the vegan wave in India?

Sanchita, 20, is an animal liberation activist, who has been a vegan for over three years. She says: “People think of it as a Western diet or a diet fad.”

Compassion towards beings is a common theme in all religions, and lifestyle and food have long been influenced by it. While religious preachings and vegan philosophy differ in practice, the commonality of principles might allow some to say that veganism is not a Western concept to India and its roots can be traced to many religions.

However, with the presence of eight major religions, India should not be confused for a vegetarian nation. Regional history has greatly influenced cuisines more than religion. In the southeastern state of Telangana, 98.8% of the population eats meat. Here, 85% of the population is Hindu, 12% identifies as Muslim and 1.3% as Christian. Sanjiv Kumar, a scientist at the National Academy of Agricultural Resource Management, told OZY, “There is no religious taboo associated with these non-vegetarian items.”

Veganism goes a step further than a plant-based diet. Modern-day pacifist Donald Watson, founder of The Vegan Society, extended the vegan philosophy to object to any harm to living creatures. That means to be conscious of what musical instruments you pick and what clothes you wear. “Veganism is no more a mere lifestyle. It has evolved into an anti-speciesist movement for animal liberation.” Sanchita believes looking at veganism as just a lifestyle change trivialises non-human animal exploitation.

As of 2018-19, India produced 187.7 million tonnes of milk in a year, making India the largest dairy producer in the world. In the course of the last five decades, the daily per capita consumption of milk has increased from 110 grams to 394 grams.

India has a rich food history. Despite having a wide array of cuisines, this nation is bound by dairy. And so, giving up this quintessential commodity becomes the biggest challenge to veganism. 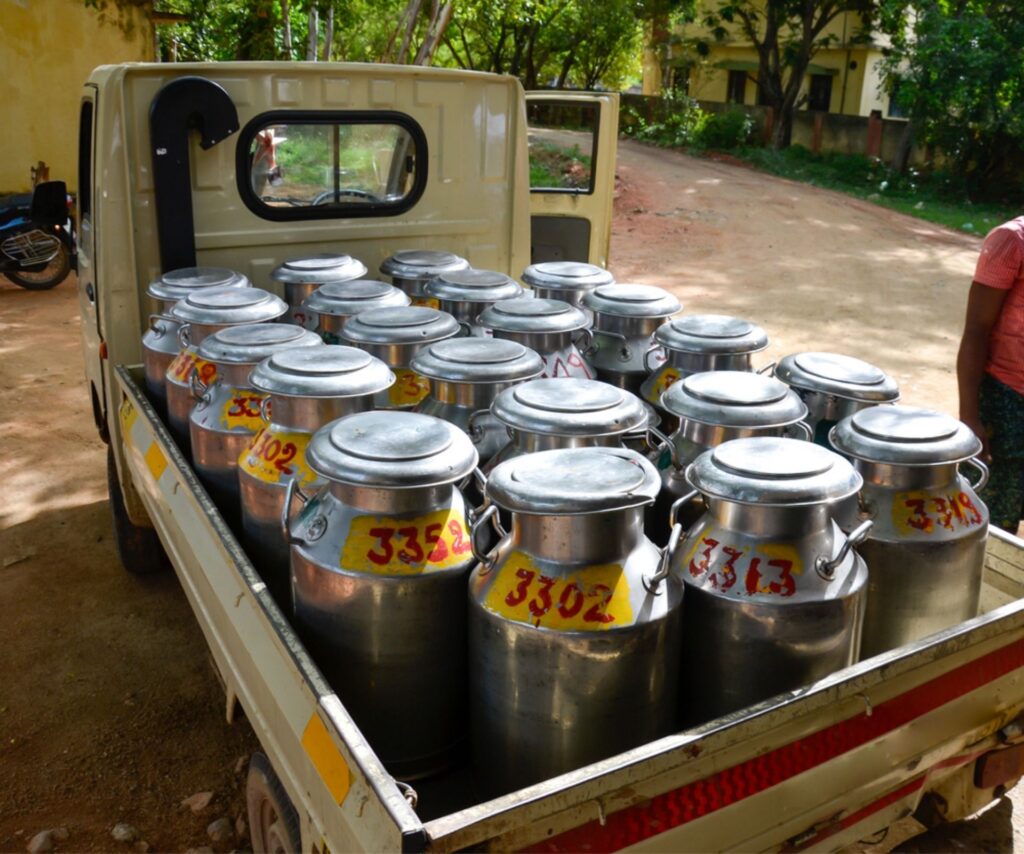 From breakfast to dinner, you’d find milk in your morning tea, eat some form of curd for lunch, nibble on cheeses like Chhurpi or Kalari and pour cream in your daal. Mothers swear by a glass of milk a day for its numerous benefits and it almost seems impossible for North Indians to avoid ghee, a clarified butter made from milk fats.

“You can convince people to give up meat, but people are sensitive towards dairy,” Sanchita says, laughing. But it wasn’t so difficult for her. She recalls her transitioning phase: “When I looked at the food served in our hostel, most of the food was vegan, with the exception of curd, paneer and ice creams, which were things I could easily avoid.”

When Sanchita became a vegan, it took a while for her family to adjust to dairy cuts, but soon they too embraced this lifestyle. Her philosophy that eased her non-dairy transition was to think differently. “Why should I look for alternatives when cow’s milk was never made for me? But if I still desire cheese or milk sometimes, I prepare it myself.”

Contrary to popular belief, alternative foods are much cheaper as they force you to look for sustainable options. A little research goes a long way. Tofu could be as cheap as Paneer if you look at the right places, and nut butters are in the same range to their non-vegan counterparts.

However, alt-milks and vegan cheeses can cost double to four times dairy prices in India, unlike elsewhere. While their availability in supermarkets and on the Internet is usually limited to metropolises, it has allowed vegans to explore a variety of options.

Nayan Agarwal, 20, calls herself a student vegan activist, whose journey began in 2017. “It has been sort of easy and more economical to find alternatives. I can make vegan milk or cheese at home without much hassle, and that too whenever I need it. It’s much cheaper than buying it.”

Sanchita has never bought alternative milks. “I’ve finally learnt how to set the perfect curd; my mom loves it. I make kadhi [an Indian curry made from gram flour and curd] with homemade soy curd.” She adds that a vegan lifestyle isn’t as difficult to adapt to. A will to change is all it takes to make a difference.

“Veganism faces a challenge in terms of changing people’s perceptions,” notes Nayan. “As vegan activists, we often hear things like, ‘It’s too elitist’, ‘It’s not my cup of tea’, ‘What about the tribals?’, ‘I love milk’, ‘I love cheese’, and so many more things.”

She agrees on how the concept eventually boils down to a matter of choice. No one can be coerced, but perceptions could be altered by inciting dialogues, she says. Nonetheless, the rise of veganism in India, more than anything, would rest upon debunking myths about the inaccessibility of this lifestyle.

Muskaan Gupta
Muskaan is a history undergraduate at Lady Shri Ram College, New Delhi. Having grown up in different cities in India, she is passionate about food and culture. When she's not experimenting in the kitchen, you can find her invested in films and music. She is always looking for new things to do, is interested in studying food history and juggles between her love for filmmaking, writing and knowing the quirks of the world.
Previous articleThe Ultimate Guide to vegan food in Hong Kong
Next articleInside India’s world-leading dairy industry