What my week in Sri Lanka taught me about veganism 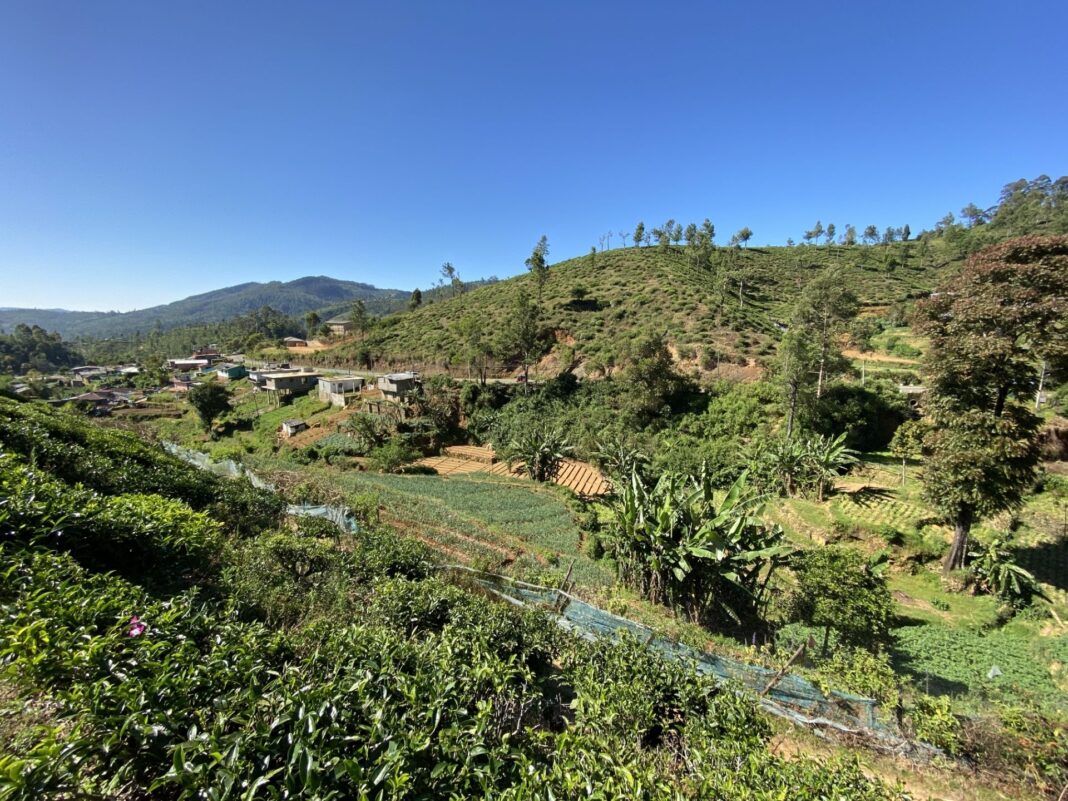 As a new vegan, travelling to a South Asian country was daunting. I knew I’d mess up my newfound veganism, but Sri Lanka surprised me.

It was over international waters when I tried bibikkan. The sweet, moist cake is a Sri Lankan holiday tradition (and it’s most definitely not vegan). This was March, and it was part of an airplane meal, so it wasn’t exactly authentic. But it was utterly delicious. It was also confirmation of my worst fears.

I was travelling to Sri Lanka for a story about the country’s historic coffee industry. For five days, I’d travel through coffee farms near Kandy and Nuwara Eliya and roasters in Colombo. The trip would prove to be one of the most liberating experiences of my life. For multiple reasons.

I’d just turned vegan, after making my Veganuary pledge permanent. Like many new converts, it took me a while to get to grips with the lifestyle. And don’t even get me started on the lack of vegan dessert options in British supermarkets.

I had a few slip-ups, which included not-Free From-eggs pecan pie tarts from Sainsbury’s, and a not-dairy-free brioche bun hugging my staff burger at my cafe. But I was okay with that; I knew veganism wasn’t going to be easy after having been vegetarian for 20 years of my life in a dairy-heavy culture. I also knew I could forgive myself for not being a ‘perfect vegan’ (I now know there is no such thing).

But travelling to a South Asian country with no personal contacts was going to be my biggest challenge yet. Here was a nation famous for its sour fish curry and Lamprais. How then could I spend a week in Sri Lanka without violating the rules of my diet? My ignorant international brain would soon realise how.

When I had the bibikkan, I’d already given up. Even before I entered Sri Lanka, I’d told myself that I wouldn’t be able to stay faithfully vegan there and I’d just eat whatever vegetarian food I could get. I don’t regret it — the combination of coconut and jaggery was delectable, and I’m definitely veganising the dessert someday. But it just played to that unfounded apprehension that sticking to veganism would be impossible in Sri Lanka.

I was so violently wrong.

I was staying at an Airbnb with a Sri Lankan family at Kandy, my first stop. The mother of the family knocked out the most generous breakfast spread for one: Sri Lanka’s trademark mini bananas, bread and jam, apples, custard biscuits, and my first revelation of the trip, pol sambol. 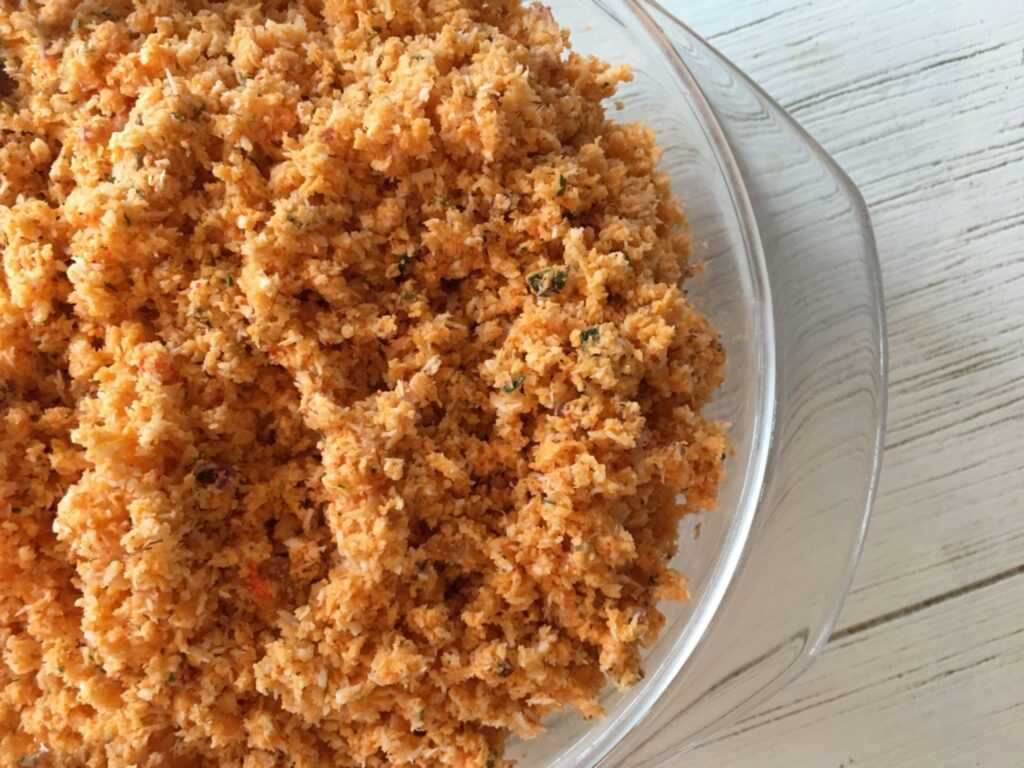 It’s the simplest dish: shredded coconut mixed with red onions, tomatoes, lemon juice and roasted red chilli powder (which was a whole other discovery) atop some toasted bread. Traditionally, there’s fish in the dish, but the hosts knew I was vegan, so they adjusted it. And I don’t know why I’d never heard of this, but I think everyone needs a little pol sambol in their lives.

I was delighted. Apart from the biscuits, everything was vegan, and my trip was off to a great start. My schedule was hectic enough that I had to skip lunch, instead munching on a couple of those bananas from breakfast. But I found myself in the Kandy city centre near dinnertime. I saw a South Indian restaurant, and it was the first time I realised that dosa is vegan.

I grew up in India and I never clocked that. Of course it was vegan; it’s a rice and lentil crepe with some potatoes inside. I made sure to request the dosa not be cooked in ghee, and all was good. It doesn’t get much better than a masala dosa with some freshly squeezed mousambi (sweet lime) juice.

The next day, I was off to Nuwara Eliya. It’s a valley full of tea plantations, and I was visiting one of the only coffee estates. The drive up there remains one of the most beautiful sights I have seen in real life, and that was before I saw the brunch spread my interviewees had laid out.

After spending an hour chatting about colonial history and the modern coffee industry, I was escorted to a room with a dining table covered by what I can only describe as the best brunch of my life. There was, of course, pol sambol — a lot of it. Accompanying it were paranthas, fresh fruit juice and my second revelation of the trip: jackfruit. 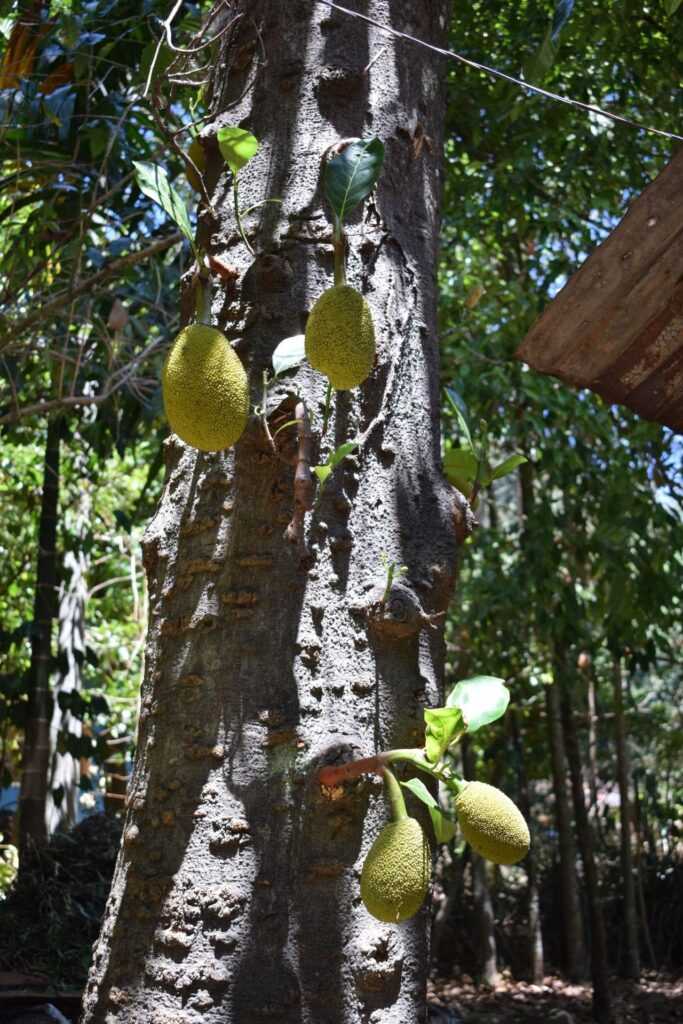 I’d already seen loads of jackfruits throughout the long drives to farms in my two days there. Massive green orbs just lying around trees — the place was full of them. This dish was a traditional young green jackfruit curry, and it made me regret that I’d never appreciated this ingredient before.

In the West, we’re used to consuming it straight from cans, but fresh jackfruit is a marvel. The texture is dense, fibrous, soft and chewy, all at the same time, with a delicately sweet flavour lending itself to some of the finest spices in the world. Eating that feast 1700m above sea level with incredible company and nothing but greenery around was truly magical.

Read our story on how jackfruit is a popular traditional ingredient in South Asian cooking.

I was travelling to Colombo that evening, and arrived late at night. I made do with some vegan instant ramen I’d carried from London (which I’d originally brought from India). This was another Airbnb, albeit much larger. I woke up to yet another breakfast spread, and yet more pol sambol (this one was the spiciest version yet). There were some fruits (yes, there were bananas), a tomato chutney, and my third revelation, kiribath.

It’s essentially a Sri Lankan rice cake, and automatically vegan. The rice is first cooked in water, and then in coconut milk. When the coconut milk has been fully absorbed by the rice, it’s set to cool. The resulting rice cake is soft and fluffy, with hints of natural sweetness from the coconut. It paired so well with the rest of condiments on the table.

That afternoon, I met a professor from the University of Colombo, to talk about Sri Lanka’s ecology and soil. Very kindly, she offered to take me out for lunch to a vegetarian restaurant called Ranbath. It was a pick-and-mix eatery, with clay pots full of traditional dishes.

We ordered the lunch plate, with some white and red rice, and all the curries in the world. There was jackfruit, mango, aubergine, lentils, banana blossom, and a round cutlet — all served on a lotus leaf. Call this my fourth revelation.

That night, I ordered a vegan burger from one of Colombo’s only vegan restaurants and watched a little Friends. And the next day — my last — my busy schedule meant surviving on leftovers and lots of coffee. 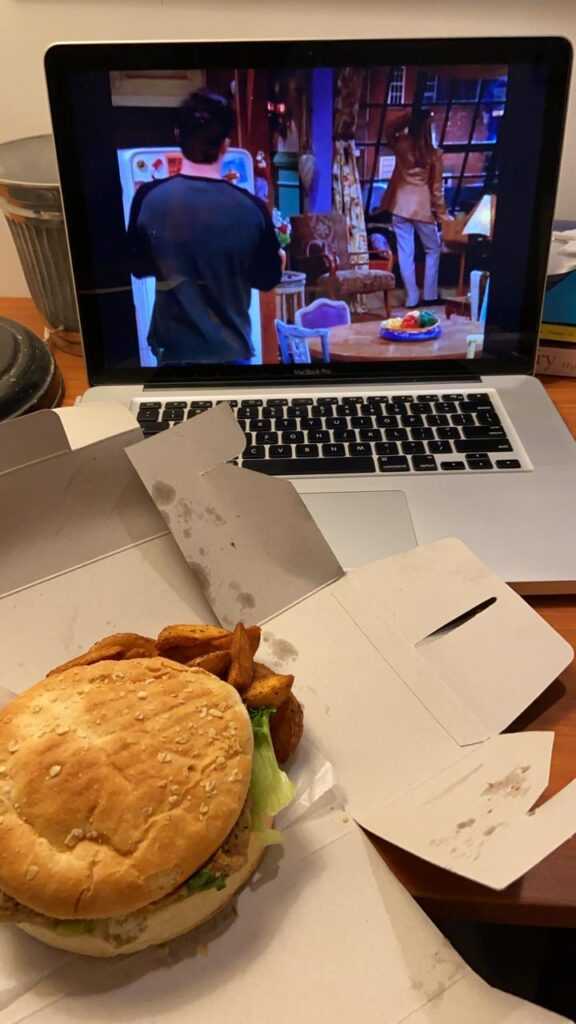 On my way back to London, I was left in awe of Ceylon cuisine. Sri Lanka’s food is traditionally vegan. The culinary worlds of South India and Sri Lanka are consistently overlapping and similar: whole foods are a big feature; local, tropical produce is utilised through expert ancient techniques; and dishes aren’t heavy on dairy, instead relying more on coconut milk.

I’m approaching a year of being vegan now. My experience in Sri Lanka was surreal, and it showed me how veganism is deeply entrenched in many cultures; it’s just that no one ever put that label over it. Perfect veganism is a damaging fantasy, and you can’t live up to it. When a coffee farmer in a tiny village in Sri Lanka offers you a cream-filled biscuit as a sign of generosity, you don’t say no.

But if you dig deep, you’ll find plant-based food everywhere, in some form. Veganism isn’t a concept in countries like Sri Lanka, but that doesn’t mean the food can’t be vegan. Falling in love with the island’s cuisine also helped me get over the paranoia of not slipping up. That’s what I took away from the trip. That, and some roasted red chilli powder.

It’s about time I make some pol sambol.

Anay Mridul
Anay is journalism graduate from City, University of London, he was a barista for three years, and never shuts up about coffee. He's passionate about coffee, plant-based milk, cooking, eating, veganism, writing about all that, profiling people, and the Oxford Comma. Originally from India, he went vegan in 2020, after attempting (and failing) Veganuary. He believes being environmentally conscious is a basic responsibility, and veganism is the best thing you can do to battle climate change. He gets lost at Whole Foods sometimes.
Previous articleThat Vegan Teacher: is Miss Kadie educating the masses or harming the cause?
Next articleUK government gives live events the green light