Beyond Meat burger ingredients: are they good for us? 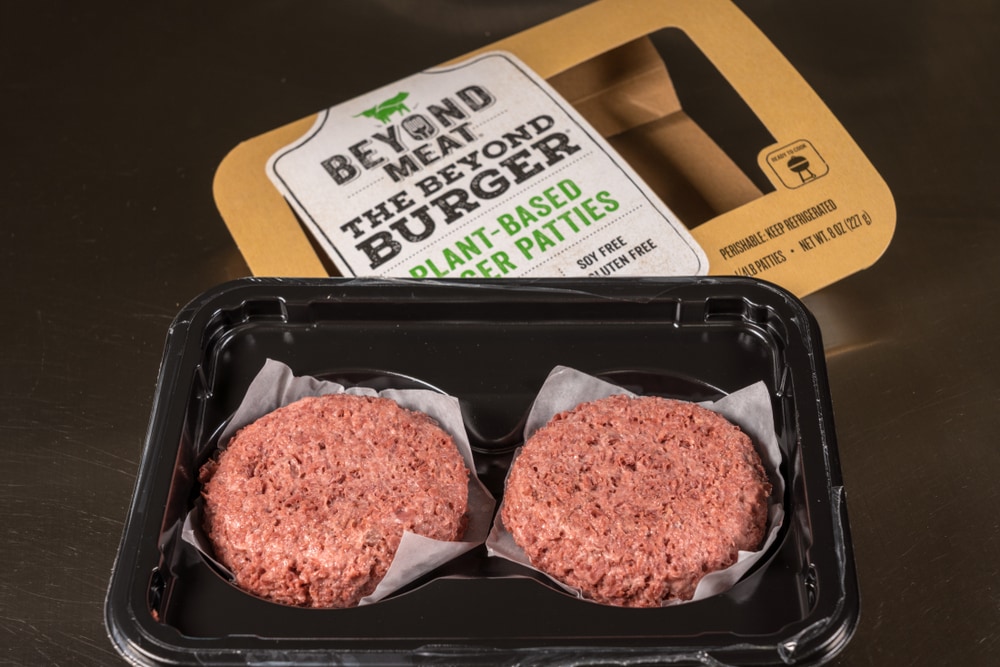 You only have to try a Beyond Meat burger once to know that it won’t be your last, according to fans of the brand, but what exactly makes them so irresistible to vegans and omnivores alike, and is Beyond Meat healthy?

Beyond Meat is more than just a clever brand name, it’s a statement about the way we can evolve as a species. To live without meat, we need to push past, or beyond, the traditional modes of thought that tell us animal-based protein is not only the best for us, but also the tastiest.

Beyond Meat burgers are a huge hit in the UK and are helping many people make the switch from beef to ‘better’, but what is the secret to creating the perfect patty?

What are the ingredients in Beyond Meat? 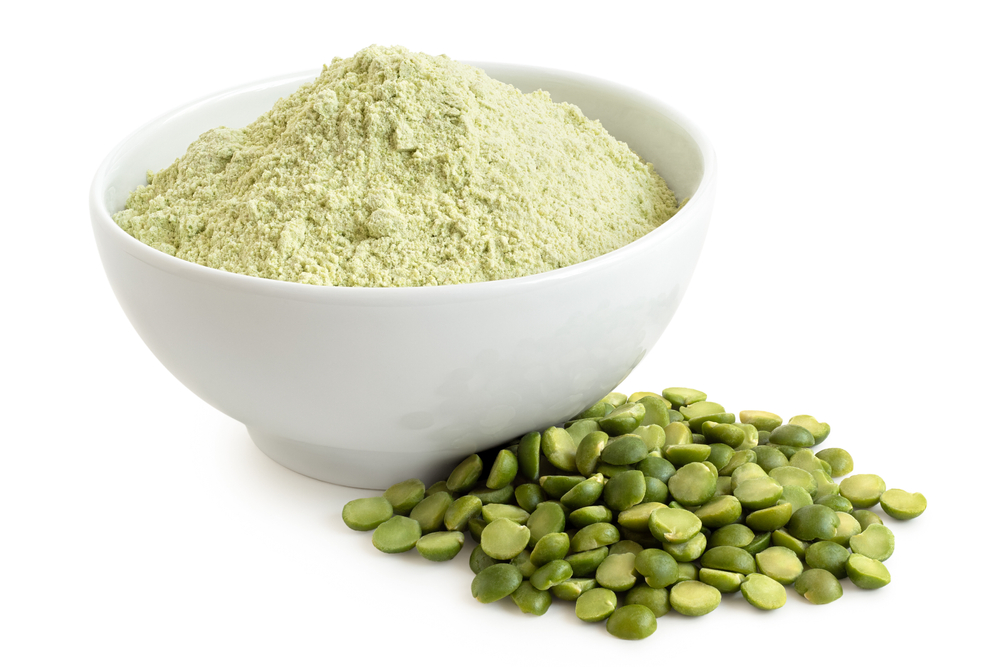 In the past, vegan protein products usually relied on soy and/or gluten, but as recipe development has moved forward, so too have ingredients that can faithfully replicate textures and tastes of favourite meal staples. Beyond Meat has chosen to utilise the following plant proteins: pea and rice.

Combined with potato starch, apple extract, a little beet juice extract for authentic colour and a number of other stabilising plant-based ingredients, these proteins create a dense, juicy and realistically ‘meaty’ burger that can be enjoyed on its own as a plain patty or as part of a more stacked sandwich. There are no sneaky or hidden ingredients and everything is recognisable to seasoned vegans. New plant-based eaters can feel confident when reading the labels as well, as there are no pesky E numbers included that will give pause.

Designed to sidestep common soy and gluten allergies, the company does note that anybody with a severe legume sensitivity should exercise caution when consuming pea protein burgers, as they could trigger a reaction. This applies to peanut allergy sufferers and is clearly labelled on the (mostly) recyclable packaging.

Read how pea protein has become a star ingredient in plant-based meat.

What do the consumers say? 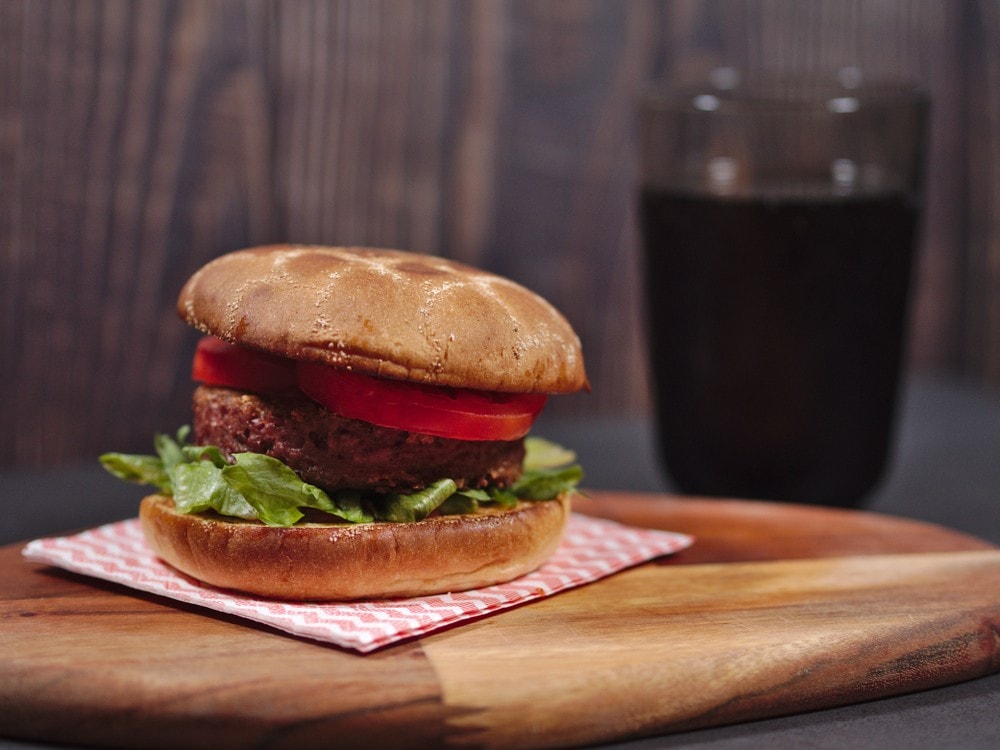 Here’s the thing: there are a lot of vegan burgers in the marketplace now, with more being added all the time. Different protein types are being experimented with, to get the realistic beef bite that might help a few omnivores convert to being flexitarians at least, and at the end of the day, it all comes down to personal preference.

One man’s perfect burger is made from good old fashioned soy protein and is a thin disc that doesn’t need a dislocated jaw to get around it. For others, the bigger, juicier and more comparable to traditional quarter pounders they are, the better. This is the demographic that has taken to Beyond Meat burgers in the UK, with media outlets lauding them for their taste, appearance and ability to satisfy. Reviewers have commented on the faithful replication of a ‘fatty burger’ that feels good in the hand and mouth respectively.

It’s also interesting to know that some people think other Beyond Meat products are better than conventional meat and are tweeting about it.

I actually think, the #beyondmeat in chili is meatier…

Find out how Beyond Meat is making positive inroads outside food with its health education initiative.

There is one issue to contend with though: you have to cook them properly.

How to cook Beyond Meat burgers 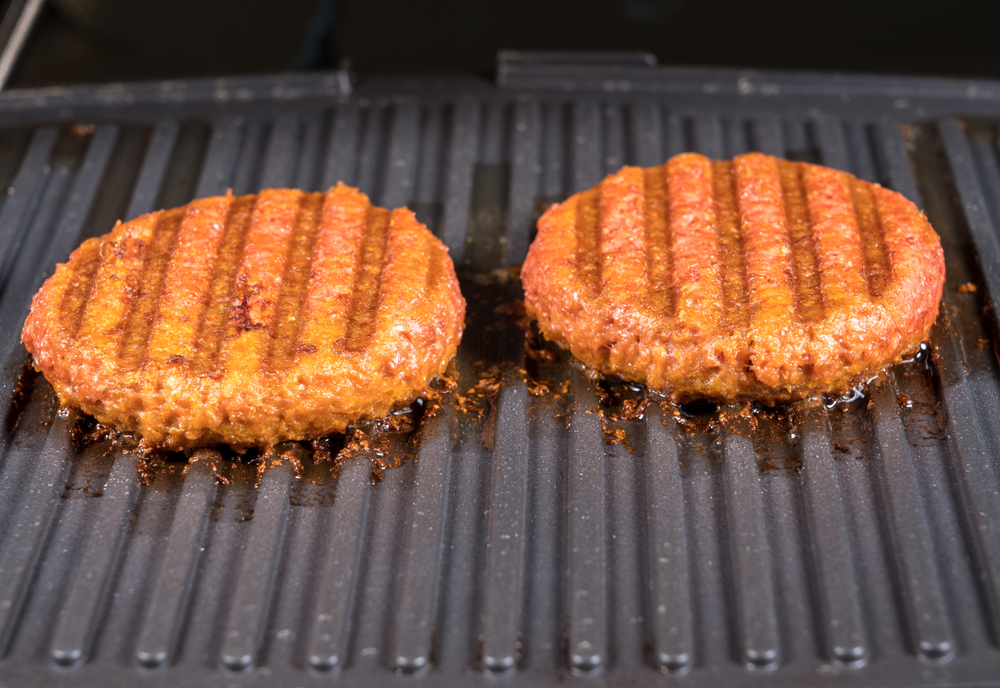 This is where meat-eaters may have an unfair advantage, as you need to cook the burgers the way you would a beef version, staying cognisant of the fact that the middle may stay pink, not because it’s raw, but due to the addition of beetroot.

You can’t simply pop these burgers on a baking sheet and forget about them in the oven, unless you want to do them a serious injustice, which is why nursing them under the grill or in a pan comes highly recommended. They also work particularly well on a barbecue.

Commit to regular flipping, to get the perfect char on both sides, while distributing the heat evenly and ensuring the centre is piping hot before serving. If you are hoping to fool a meat-eater, simply dress the patties as you would their favourite beef burgers and say nothing.

Prefer not to cook at home? Find out where you can grab a burger in London once lockdown is lifted.

Amy Buxton
Amy is a committed ethical vegan, raising a next generation compassionate human with her husband and their beloved dog, Boo. A freelance writer with a background in PR, she decided to use the COVID lockdown period to refocus her client base and has come to The Vegan Review as a senior writer and editor, before moving into her external content director role. "What we should be doing is working at the job of life itself" is Amy's mantra, courtesy of Tom from The Good Life.
Previous articleYoyu’s Molly Webb: ‘Environmental justice is really overdue’
Next articleVegan food in Jain culture: how the principles are intertwined