The glittering lights of Las Vegas have welcomed partygoers for decades, but it’s now becoming the new vegan hotspot with some surprising finds.

When someone mentions Las Vegas, it’s easy to think about slot machines, poker halls, live shows and hen- and stag-dos, but over the past few years, the city has been transforming itself and growing new green roots to be a worthy vegan hotspot loved by many for its wonderful choices in plant-based food.

Steve Wynn, the Las Vegas real estate tycoon and founder of the Bellagio, the Wynn and Encore Resorts, amongst many, decided to go vegan back in 2010. His wife at the time, Andrea Hissom, was also vegan and he is said to have been influenced after watching the documentary Eating and by how great his wife and other friends on a vegan diet were looking.

His vision of having a vegan menu in every one of his restaurants to satisfy not only his personal nutrition needs but also the wider customer community soon became a reality and is still in place today, even if there is some speculation over whether he is still vegan himself. 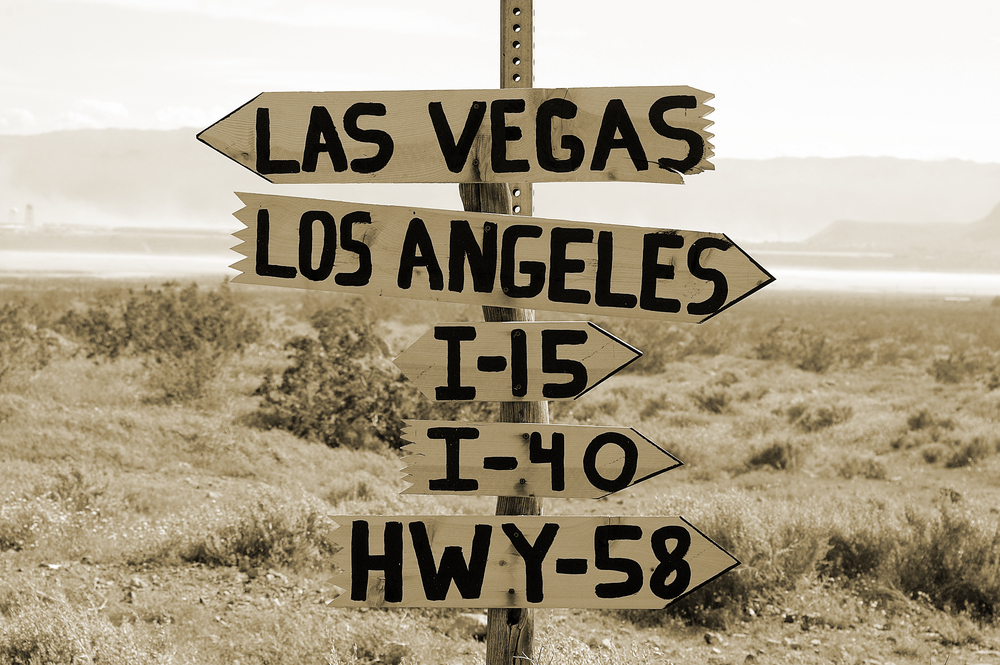 Only a two-hour flight away, Las Vegas has been a weekend favourite for the Los Angeles community. LA has always been on the ball and ahead of its time with vegan restaurants, cafes and grocery stores scattered heavily across Hollywood, Beverley Hills, Santa Monica, Venice Beach and Malibu, to name just a few.

With high profile celebrities including Zac Efron, Billie Ellish, Kim Kardashian, Natalie Portman, Woody Harrelson and Pamela Anderson all talking freely and regularly about the benefits of going vegan or incorporating more plant-based foods in their diets, it’s been important for Los Angeles’s culinary scene to keep up with this high profile demand. And that, in turn, has fuelled more demand for vegan foods.

Given that a lot of people party and have vacations in Vegas from LA, it’s more than likely to be another reason why Sin City has been raising its vegan game over the last few years to keep up with the green movements over in California.

Read about the vegan butcher taking Las Vegas by storm.

For the first time ever, the famous strip in Las Vegas now boasts its own fully vegan restaurant, Truth and Tonic, within the Venetian Hotel Resort. The chefs like to ensure the foods are bursting with flavour as well as functional benefits to keep customers healthy.

From cauliflower hummus and avocado on toast to vegan chicken wraps, you can even have vegan frittatas made with JUST Egg in this new restaurant.

In the same hotel, there are over fifteen other restaurants, all offering good vegan options too, like Wolfgang Puck’s CUT. Even in this steakhouse venue, the culinary team promises to make anything on the menu vegan on request. 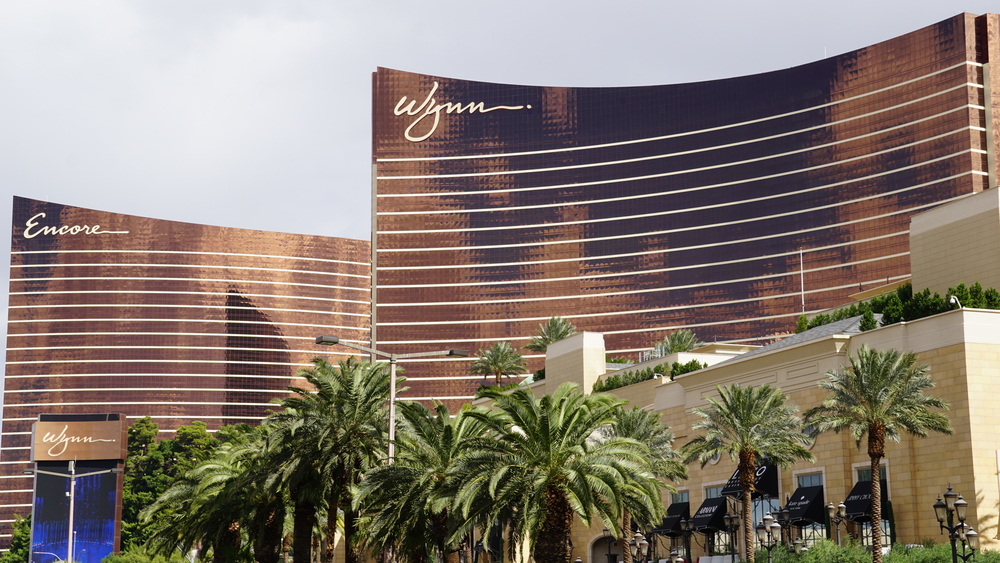 The Wynn and Encore Resort is a standout hotel for its vegan menus and options. Wynn has organised for all of his restaurants to carry a full vegan menu — you just have to ask for it. From casual vegan cookies and smoothies in The Café’ to vegan burgers, milkshakes and farro salads in Tableau, there are plenty of choices.

Arguably one of the most popular and impressive restaurants on the Strip is Sinatra (named after Frank Sinatra). It’s inside the Wynn resort and has a very sophisticated offering, including vegan caesar salads, vegan chicken breasts, and pasta filled with almond ricotta.

The Wynn Buffet Hall has multicultural vegan food options, which are as impressive as the architectural aesthetics that surround you at your table. It also has one of the biggest selections of vegan desserts on offer, including vegan ice creams, cakes, cookies, florentines and macaroons.

Whilst the Bellagio doesn’t have anywhere near as many choices as The Wynn, it does now carry the Impossible Burger on the in-room dining menu and has various classic pasta and salad dishes in the main restaurants that are suitable for vegans.

But that burger option isn’t replicated in Gordan Ramsay’s burger bar in the Planet Hollywood Resort. However, in PF Chang’s, the resident Chinese restaurant, there are quite a few tofu dishes and a coconut curry on the main menu that are plant-based.

Slice of Vegas, the restaurant within The Mandalay Bay Resort has a long and full vegan menu, which includes everything from vegan meatballs, buffalo cauliflower, plant-based pizzas, and deluxe slices of vegan chocolate cake.

The MGM Grand has also taken wellness to a whole new level with its hydration IV infusions offered within the hotel complex. It also has B12 injections ready for any vegans worried about their intake. 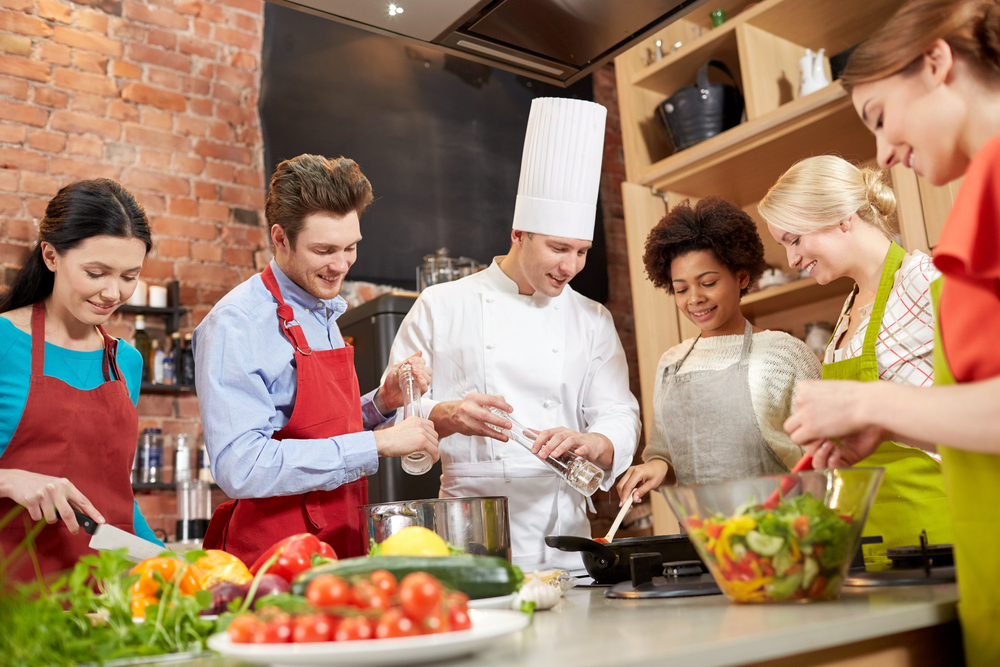 This is just a snapshot of vegan culinary activity happening on the main strip. In addition to this, there are vegan cafes and restaurants popping up all across the county, including new openings like Souley Vegan and Taco Dive Bar.

If that isn’t enough proof that this iconic American party district is growing new green roots, plans are already underway for the opening of a Vegan Cooking School in Vegas. And if that sounds like too much hard work, Vegas also has that covered off nicely with a vegan home meal delivery service, with full food prep boxes now offered by Miss Mylk.

So, here we are — what was once considered a steak lover’s paradise perfect for gamblers and nightclub lovers is now growing up to be a very enjoyable and viable place for vegans to visit from all over the world.

One thing is for sure: if you don’t fancy the gambling, the bright lights or the parties, you will definitely be impressed by the wide array of vegan food options Las Vegas now offers. That, coupled with the fantastic weather, could just mean that Vegas is in with a chance of challenging Los Angeles and New York City for being crowned the US’s vegan capital.

Lisa Gawthorne
Lisa Gawthorne is one of the Co-Founders of vegan food marketing and distribution business Bravura Foods. Lisa’s been vegan for eighteen years and vegetarian since age six. She is a regular public speaker on the topics of veganism, athletics, business and climate change. Author of the health and fitness book Gone in 60 Minutes, Lisa is also on Team GB for her age group as a plant-powered Duathlete and is also an England and British Masters runner.
Previous articleVeteran meat brand registers 70% revenue increase amid Covid-19 after going vegan
Next articleTexas approves bill to ban ‘meat’ and ‘beef’ from plant-based product labelling