Why veganism should be apolitical 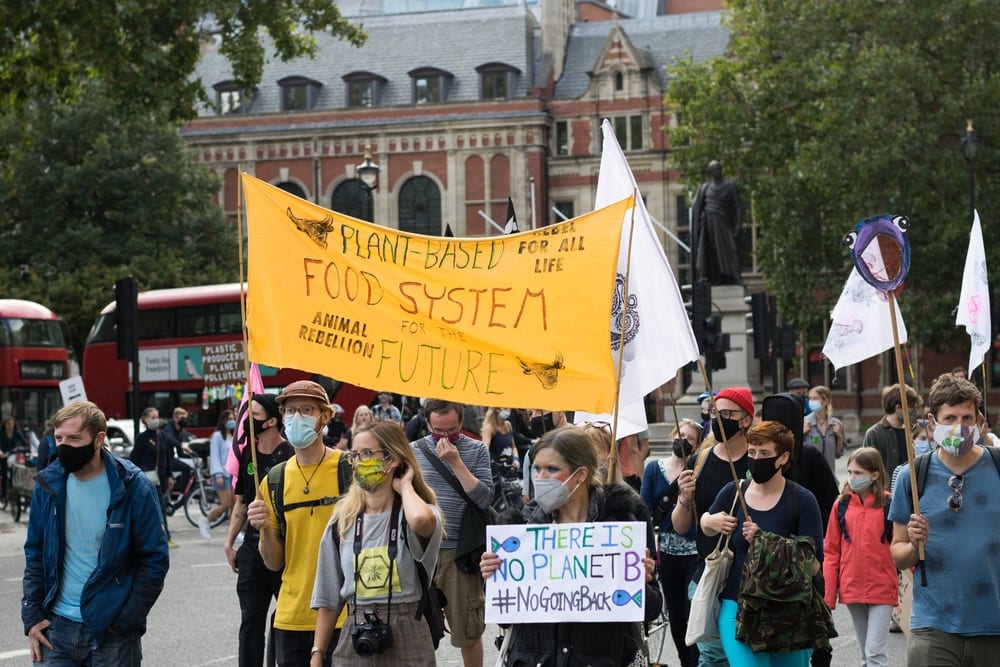 Veganism has been aligned with the left-wing of politics. But not only is this a simplification, it’s harmful to the plant-based movement.

We’ve all seen the tweets informing us you “can’t be a vegan and a Tory”, and that you shouldn’t be voting for the right. But why? Why is veganism being increasingly associated with left-wing politics and explicitly anti-right? More importantly, is this helpful?

Instead, let us promote veganism as apolitical. Let us avoid party politics and personality competitions, avoid alienating others from joining and avoid calls of phoney sanctimony. Let us promote a form of veganism appealable to individuals regardless of their political stance.

Why has veganism found itself aligned to the left?

In recent years, veganism as a phenomenon has accelerated its growth as a movement with tangible changes in society, on our high streets and in our shops. As equally has a palpable political alignment to the left come with it, likely due to a supposed common alliance in their liberal stances and egalitarian core.

Since its roots in the French Revolution, the left has stood for equality, class struggle and the protection of people from abuses of power. In contradiction to this, typical notions of conservatism bring to the fore thoughts of injustices within capitalist society: vested interest, multinational corporations, financial empires, and powerful lobbying groups such as the meat and dairy industries. This alignment with the left thus resonates with vegans’ disapproval of exploitative practices, the treatment of animals as mere commodities, their killing for monetary gain, wrapped up in the theory of speciesism.

Furthermore, parties of the left have historically aligned themselves with more progressive and liberal movements such as the waves of feminism. This has led to a particular demographic picture within such parties, who challenge contemporary norms in the hope for a better world. In a 2018 US study, 52% of vegans identified as a liberal. Three-quarters of UK animal rights members are women. Rooted in social injustice, veganism questions common perceptions on ‘how it has always been’ in the food, drink, cosmetics and fashion industries. 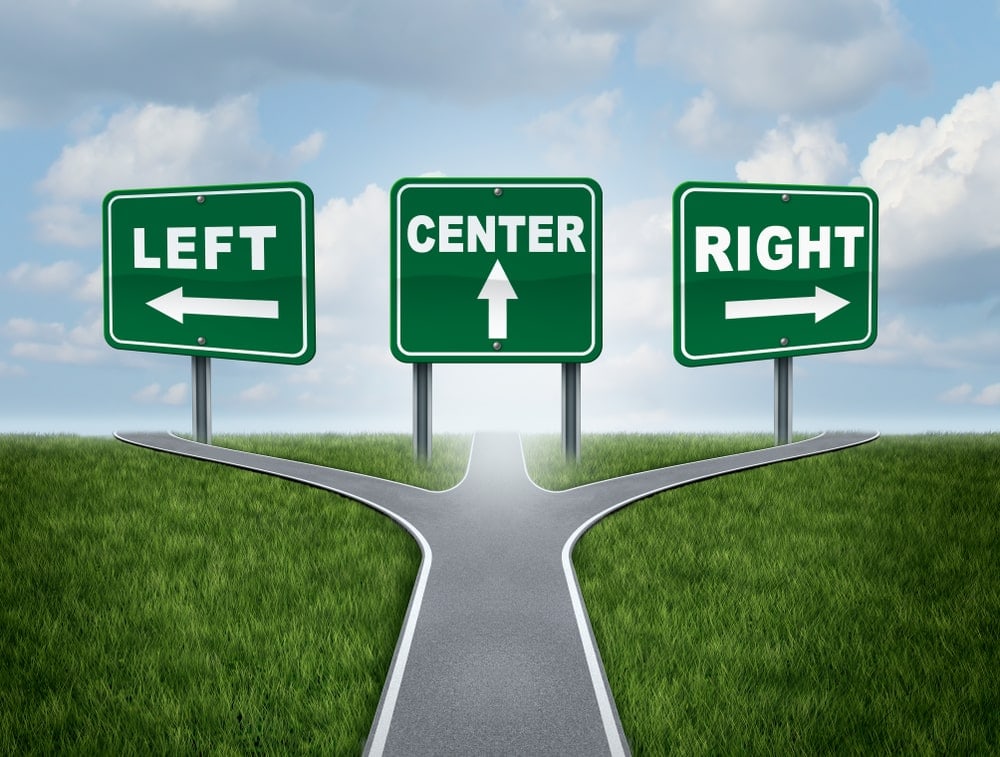 Finally, there tend to be more ‘vegan-friendly’ policies introduced or proposed by left-wing parties. For those who become vegan for environmental reasons, so-called ‘green parties’ often pledge to do more for environmental causes than any other party. For example, reducing factory farming, encouraging organic, and ensuring public sector establishments offer vegan and vegetarian options to combat agriculture’s 25% contribution to global emissions.

Likewise, animal welfare policies such as revoking the hunting laws and badging culling, introducing CCTV in abattoirs or the US Farm System Report Act, often derive from liberal and left parties, and could be a call to arms for vegans. However, this political association is misplaced.

Why veganism should stay out of politics

The reasons to embrace a vegan lifestyle reach far beyond the realm of politics. First, the environment. The challenge to reduce our global footprint is exactly that: a global challenge. Left parties are not unique in promoting policies to battle this, as seen with the UK government’s Net Carbon Zero by 2050 plan, discouragement of single-use plastics and similar stances from the UN and countries across the globe.

With 80% of deforestation being a result of agriculture, and animal farming using up to 25% of all our freshwater supplies, encouraging plant-based products cannot be left to small businesses and non-mainstream brands. Perhaps it would be expedient to set aside one’s moral objections to giant corporations, too easy to malign due to the perception of epitomising the excesses of right-wing capitalism, in favour of realising the potential their investments have in making vegan products popular. This was no more clearly seen than with Oatly.

Second, animal welfare. Although no parties support the end of animal use entirely, improving welfare is a key political angle for many; seen recently with the ending of live exports and the discouragement of factory farms. Whether such support is disingenuous is irrelevant. Any party that protects natural habits, endangered species and the stability of the oceans’ biodiversity is beneficial or assists in saving the approximately 6.4 billion animals killed annually for the UK’s food supply alone, is beneficial. 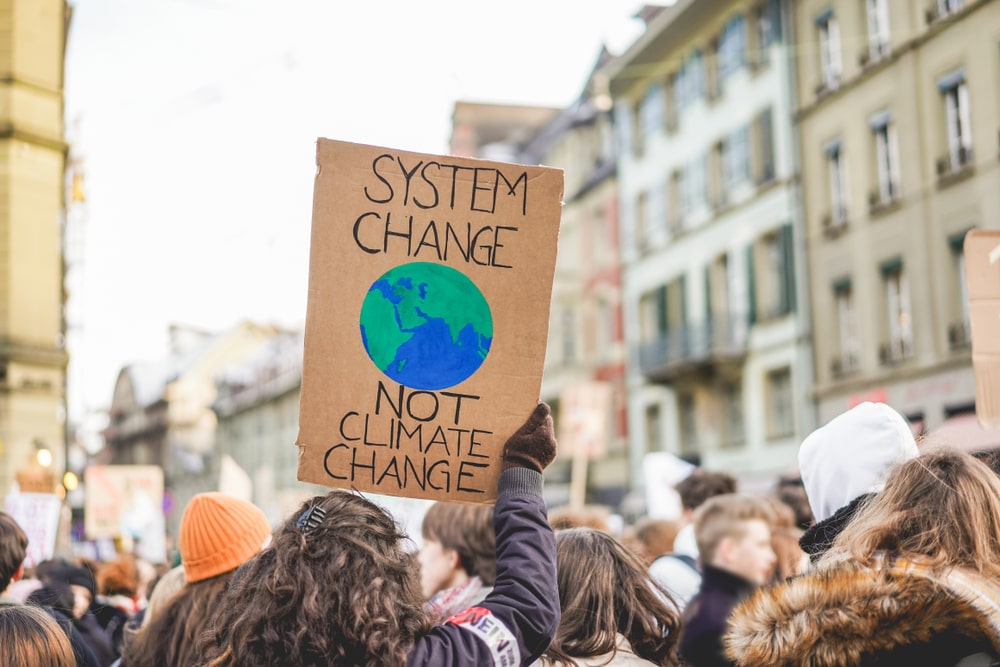 Third, wellbeing. Covid-related deaths have just surpassed two million worldwide. Yet there are other pandemics that require global attention. A 2017 study, involving over 188 countries, concluded that dietary risk was associated with 11.3 million deaths worldwide, and, more staggeringly, 26% of all deaths in the US. Never has it been so paramount people take responsibility for their own health. Politicians declaring ‘wars’ on obesity, diabetes or cancer will not cut it. These diseases strike, regardless of how one votes in the ballot boxes. A plant-based diet is associated with the promotion of health and the prevention of these diseases.

Although there is common cause in veganism and left-wing politics, this is not enough to validate an alignment. To suggest a single party directly correlates with the views of all vegans is to naively assume there is a unified goal.

People are vegan for different reasons. And these reasons transcend any possible manifesto. In order to avoid excluding others from embracing a vegan lifestyle, reinforcing a wedge between an already divided world, and allowing the media to continue to perpetuate an outdated socially constructed notion of what it means to be vegan — all too often pictured as a liberal university student, posting their avocado on toast and reusable coffee cup of Instagram with #plantbased captions — any political alignment must be dismantled.

By keeping veganism apolitical, it is promoted across all platforms.

Kathryn Parsons
Kathryn is a history graduate from the University of Exeter, with an aspiration to have in a career in politics & lobbying for more vegan-friendly policies in order to combat our biggest societal issues including climate change, and our health crisis. After suffering from years of pain, and undiagnosed gastric problems following a perforated stomach ulcer at 18 years old, Kathryn took to healing herself through a whole food plant-based diet. Now holding a certification in Nutrition, Kathryn seeks to spread the medical power of plants, and encourage those with gastric conditions to consider embracing this diet. In her spare time, Kathryn is a qualified personal trainer, under the name KP Fitness, and uses this position to improves societies’ physical fitness, as well as breaking down common myths around fitness and veganism… yes, you can get enough protein!
Previous articleNatural and vegan additives headline Omya’s ingredient solutions
Next articleMikey Pearce and Verity Bowditch on promoting a clean lifestyle