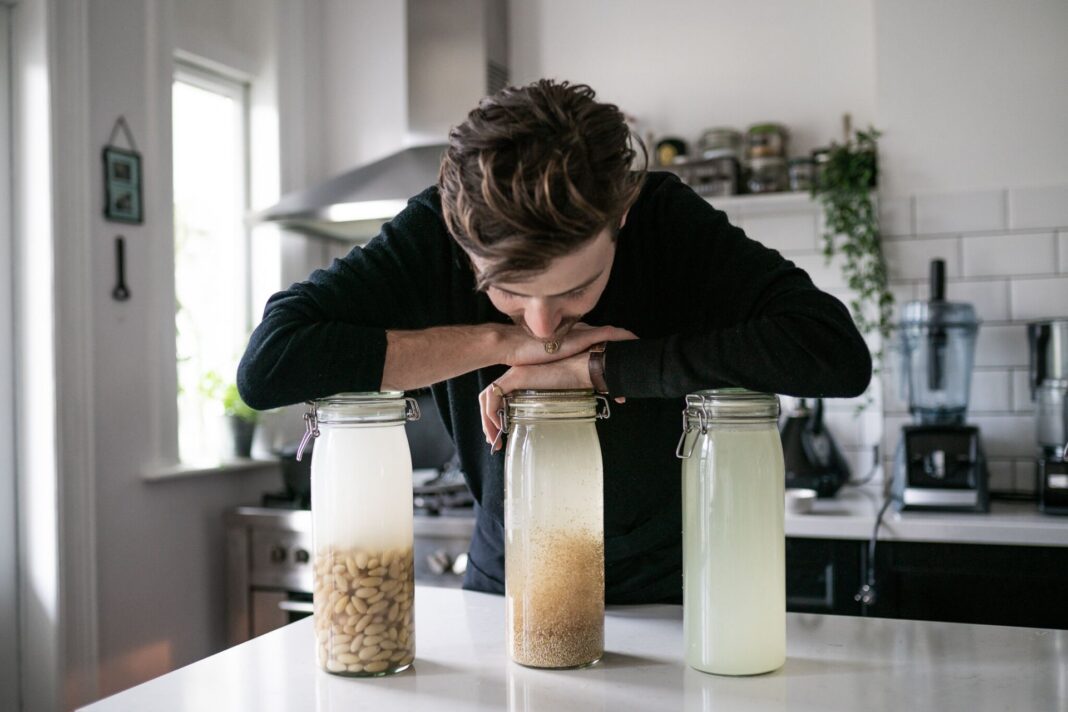 “I love all cheese but I remember the cheddar we had at Christmas with wax round the edge — those sharp, powerful flavours — that was my favourite.” Growing up on his grandfather’s dairy farm in Devon, it was only natural Brad Vanstone fell in love with cheese. But with time on his hands following a transfer to Amsterdam, Vanstone quickly learned of the implications of the dairy industry. “If there was one way I could help the planet, it was with my diet,” he explains. So he turned plant-based.

He soon faced the reality of sacrificing something he loved so dearly. And with a lack of vegan cheese options, the entrepreneur decided to make his own homemade cheese. Although he describes it as his career’s biggest obstacle so far, Vanstone then decided to share this throughout the Netherlands. He turned his kitchen-made, two-week product into Willicroft: retail cheese with a two-month shelf life.

Willicroft’s This is Not Cheese range combines traditional techniques with planet-friendly ingredients, sparing any possible ethical and flavour sacrifices. The line includes a fondue, cream cheese (dill and jalapeño varieties), grated cheese, and both a classic and truffle-flavoured cheese sauce. 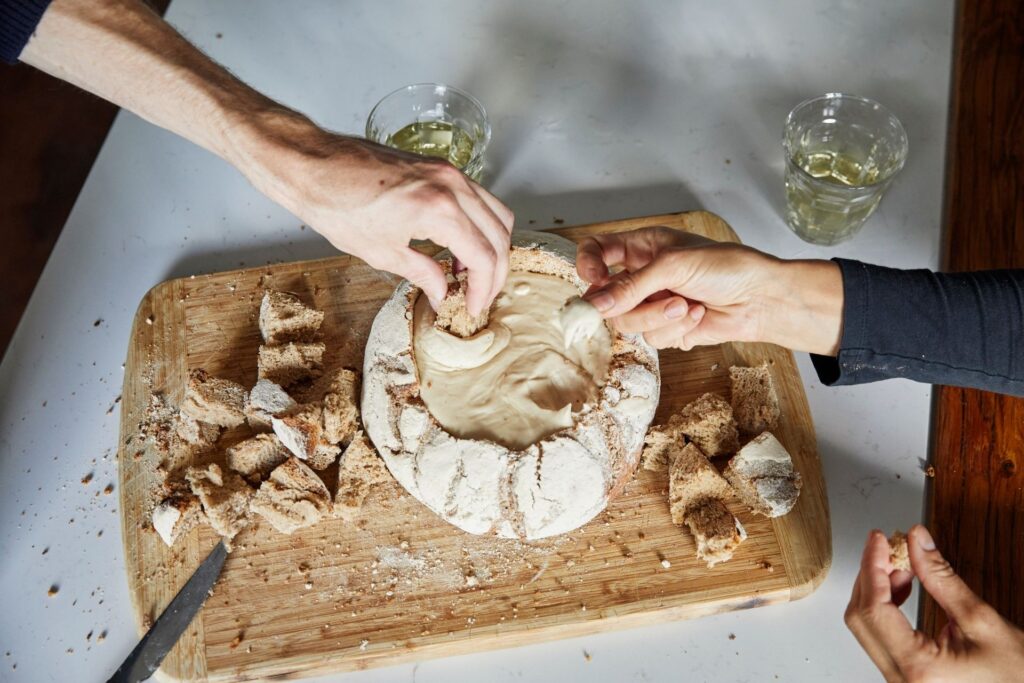 Dutch consumers welcomed Willicroft with open arms. A group of people who say what they mean, the businessman adds: “The Dutch don’t have stigmas built up. If they try something and they like it, they’ll say they like it.”

Before Amsterdam, Vanstone lived in London and New York City. While New York had always been his dream, it was too fast-paced and he never had the time to think outside his own life. In the UK, he says there is that prevalent stigma, deterring customers away from trying new things. “If it is different to how they imagined, it’s seen as a weakness to admit it’s actually good,” he says. And although London is seen as the most vegan-friendly place to live, it’s difficult to introduce yet another plant-based business. “It’s dog-eat-dog out there.”

But that hasn’t stopped Vanstone from returning to his roots. This month, the company launched its products in Waitrose stores across the country. “Willicroft is from there originally, so we thought we’d bring it home,” he says smiling.

‘Straight to the source’

Supplying the Netherlands with vegan cheese isn’t enough for Vanstone. He wants to transform the industry. Piloting in 2021, Willicroft is getting the government to roll out its transitional farming project: shifting farmers away from dairy. The project will begin with a farmer in the East growing white beans, providing him with an alternative income source. It will be heavily monitored by other farmers and local governments, and eventually used as a model for farmers across the country.

The company is also rewriting a lot of its recipes, choosing legumes over nuts as its base ingredient. “Legumes are one of the few plants able to convert nitrogen from the air into ammonia, which supplements the soil rather than just taking nutrients away from it.” Willicroft’s cream cheese is made using tofu, while its feta will be made with white beans.

In the near future, Vanstone hopes his business will be achieving carbon positivity. In addition to swapping ingredients, Willicroft has reusable, CO2 neutral packaging, its waste is 100% compostable and customers can offset their emissions at the checkout online. It will additionally use carbon capturing to turn minuses into pluses. With initial sums already completed, the entrepreneur believes carbon positivity is “more than achievable”.

Vanstone wants to provide more than just food products: “We want to go straight to the source of the ingredients, the packaging, and look at the wider political decisions that are being made.” Legislation has been a hot topic in vegan media recently, with the EU ruling against the ban of ‘veggie burgers’ and ‘plant-based steak’. But the dairy alternatives industry’s rights are still at risk of being revoked.

“This legislation is crazy, it’s only protecting the interests of the few,” Vanstone asserts. The amendments include a ban on using the same packaging as dairy product equivalents, and marketing with phrases like “plant-based is healthier” or “plant-based means lower emissions”. “It goes beyond any common sense,” the businessman adds.

Willicroft’s CEO has a plan though. The word ‘cheese’ originates from ‘kwat’, which means to ferment or sour, and is not limited to dairy products. Vanstone says he would simply rename all his products under something like this, build it into a case and use it against the dairy industry.

Read more about the history of the product labelling ban on plant-based dairy products.

I ask Vanstone how he keeps motivated on a daily basis. “Cold showers first thing in the morning,” he laughs. While his company is now looking at government-level targets, he began through small achievable plans, and doesn’t believe five-year schemes are necessarily helpful in the beginning.

Willicroft was created to solve a stumbling block faced by those transitioning to a plant-based diet, because cheese is so essential to so many cultures and diets. Although a glass of milk in the morning is a dying routine, and meat usually compliments other things, cheese doesn’t require any additions. “It’s amazing on its own, and unbelievably versatile,” Vanstone says. “Because of its make up, it makes you want it more. There’s been research revealing that the consumption of cheese is similar to the intake of drugs.” 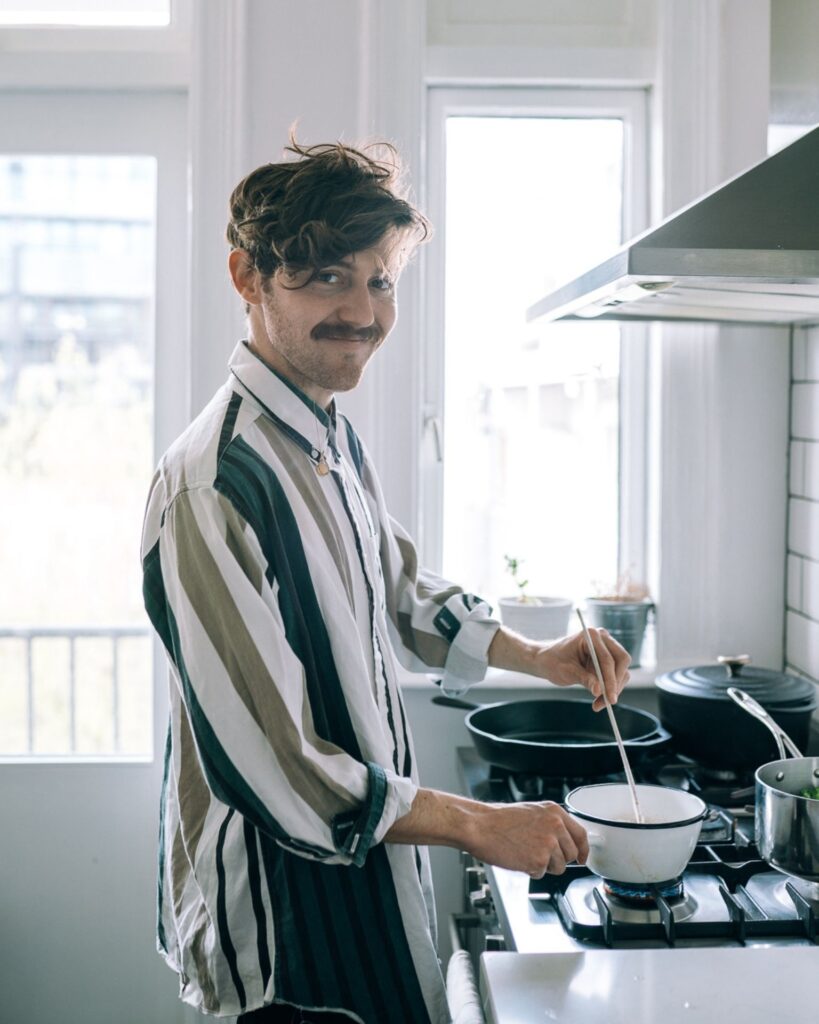 Now, the company is moving away from the basic, day-to-day, mass-market vegan cheese. Willicroft wants to start offering artisanal cheeses, including alternatives to goat’s and sheep’s cheese. He says achieving this shouldn’t be too difficult. “If you strip back how you make dairy cheese and you apply that to how you make plant-based cheese, you get similar textures, mouthfeels, and tastes,” the businessman explains.

He looks at Patagonia, a business he sees is “in it for the sole purpose of protecting the planet”. He wants to replicate that in the food sector.

However, Vanstone’s biggest sign of success will be the day his father starts consuming Willicroft vegan cheese. “He loves dairy cheese, so if he starts eating our cheese, that’ll be a big sign we’re on the right track.”

Olivia Rafferty
Olivia is the Assistant Editor of The Vegan Review. An aspiring Middle Eastern correspondent currently studying journalism at City, University of London, she is passionate about the planet, she believes veganism is the first step to solving the complexities of climate change.
Previous articleVeganuary hits 1 million participants ahead of its 2021 campaign
Next articleGuide to the best almond milk in the UK in 2021