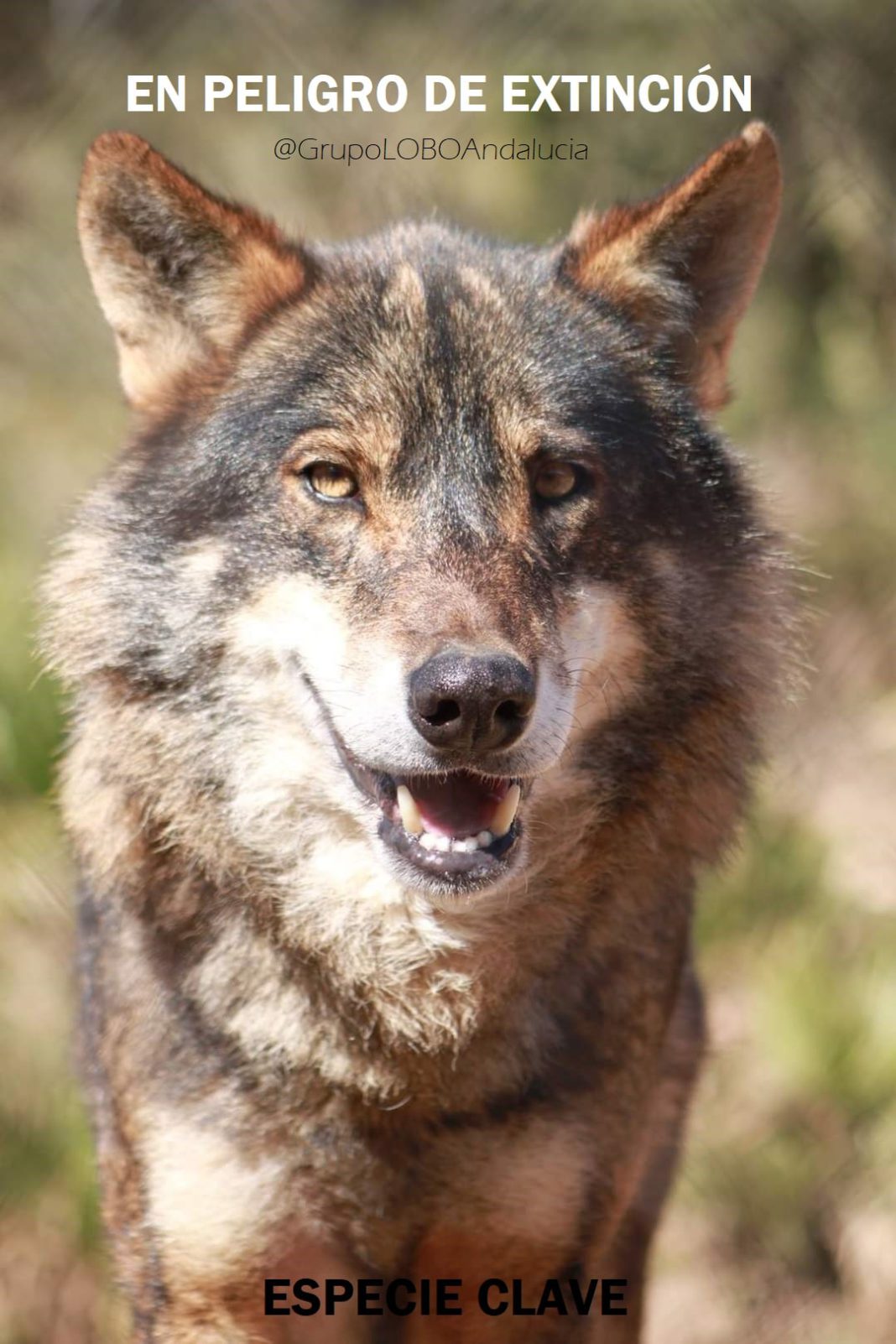 Once upon a time, a squirrel could cross from North Spain to the South without touching land, jumping from one branch to the next, because if they did, it was very likely to be caught by a wolf. Nowadays, this happy rodent could get down in Andalusia and run quite safely -traffic allowed- as wolves are virtually extinct.

Recently the Ministry of Environment included this legendary canine within a protection list, like the Scottish seal. Felipe Roman, a former spokesperson at the conservationist platform Ecologistas en Acción (Ecologists in Action) in Andalusia, welcomed the Ministry act. Still, he wants to see more commitment: “We want the wolf to be considered endangered in the region as it is a necessary step for a recovery plan.”

By the time of writing this article, the rule is on hold until the National Court resolves an enquiry brought by northern communities.

In Southern Spain, there are no more than a bunch of wolves in the top-left corner of the region, space shared with Portugal. The last official data from 2012 counted around 50 individuals, but conservation organisations highly question this number. Roman remembers this census stating that it couldn’t confirm wolf reproduction, “most experts think the wolf is virtually extinct.

“This means that apparently there are no wolves, and if there is any single case, it is insignificant in terms of conservation.”

Wolf is on the top of the food pyramid as the biggest carnivore, with a crucial role in keeping the delicate balance in Nature. It relocates herbivore pride and keeps its population under control, which has a cascade effect allowing wildflowers and trees to thrive and support many small carrion carnivores such as vultures. Moreover, it helps to keep the soil and ecosystems healthy.

“Wolves are not like the human hunters, who look for the best pieces; wolves look for food. Therefore it eliminates those who have disabilities or sickness. Then, you end up with a strong and healthy group.”

The wolf or the cattle

At the beginning of the 20th century, wolves were very populated until the 60’s when hunting and habitat loss wreaked havoc. In 1986 Andalusian Government was the first authority in Spain in classifying the wolf as protected, then in 92 came up Habitat Directive by the EU. Therefore, in practical terms, hunting wolves was only allowed in the North-West, where 98% lives.

Last week, four northwest regional authorities challenged the central Government through the High Court. This action put the wolf protection on hold, at least in these areas. A spokesperson of this coalition claimed that the Government took the decision to protect the wolf without considering them or their farmers. Cattle breeders claimed 3,157 heads lost in 2020 because of wolf attacks. “With this action, we are not against the wolf but against the order imposed from the government that ignores any measure to guarantee a balance between the canine and the farm activity,” said a press release.

Roman admits that wolves are not endangered in those areas, as they are in Andalusia. Its main threat is hunting and habitat loss, caused mainly by illegal hunting fences, but he thinks the wolf would recover. “Wolves can walk up to 200 km a day, and they are very plastic in different ecosystems.

“In Andalusia, we have 2 million ha of public land, and the wolf can adapt easily to olive lands full of rabbits.”

Roman and other conservationist groups ask for a recuperation plan similar to Iberian Lynx’s program. “Lynx was declared endangered in 1996, and automatically the plan for its recovery began. But the Lynx had not the same rejection as the wolf; it is even cute.

“The wolf is a protected species, but it is not classified endangered. And actually, it is not endangered in the North of the country, but it is indeed in Andalusia.”

So conservationist groups ask to classify it as endangered and start with a recuperation plan, but they complain about the bad fame the wolf has had for years – just because it tried to eat Red Hoodie.

Juanele Villanueva
Juanele Villanueva is a freelance journalist passionated with Environment Affairs. He is originally from Spain and started to be interested in the Environment and sustainability when he was in his masters at the University of Salford. His goal is to share stories which change the general belief that being eco-friendly is just for wealthy people. Moreover, the vegan diet is the easiest step that everyone can do to reduce its environmental footprint. He is also interested in conservationism, recycling, renewable energies and environmental policies
Previous articleStudy reveals the best value vegan meal boxes in the US and UK
Next articleViva! launches Crowdfunder campaign to help broadcast their first vegan TV ad to millions