Meet the woman giving a purpose to Ethiopian vegan food 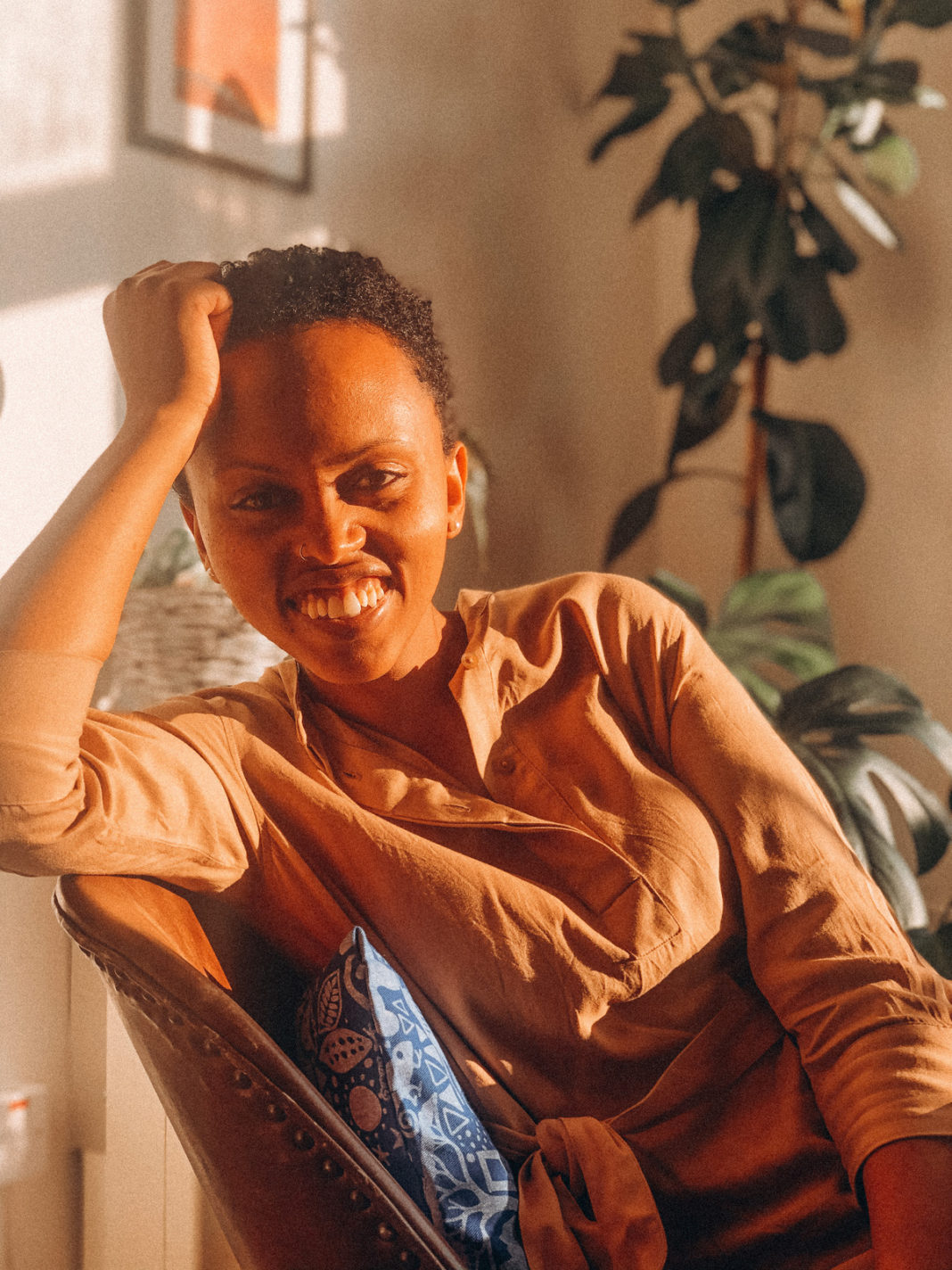 Helen, known as ethiopianfoodie, has been an ambassador for her culture since 13. Today, she inspires the world with vegan Ethiopian food.

Helen first found her passion for Ethiopian food at 13, when she left Ethiopia. At her boarding school’s international fair, which celebrated the variety of cultures attending it, she would lead the Ethiopian food preparation. “I’d feel like an ambassador for my country,” she says smiling. “It was a natural thing for me to show people about my country.”

She wasn’t alone. Based in the heart of Eswatini, Helen’s school was home to numerous international students, all of whom would mix and share their meals on weekends, even outside of the annual fair. “Food is a huge cultural signifier.” Her Italian friends were the reason she discovered Nutella.

Today, Helen works with refugees, but she is also the owner of ethiopianfoodie, a blog exhibiting vegan Ethiopian food, as well as the founder of Amaarech, a line of essential Ethiopian spice blends.

While Helen lived in Eswatini, the US, the UK, and has travelled much of Southern and East Africa, she says no cuisine could ever top Ethiopia’s. Her passion for this accidentally led her to start ethiopianfoodie, but she claims it was a completely natural progression. In 2016, when she moved to Brighton to join her husband and start a life with him, she found herself with a lot of time on her hands. Cooking became an everyday occupation. And eventually, after being gifted a camera for Christmas, her husband convinced her to share her passion on the Internet.

It was around this time that Helen turned vegan too. After watching What The Health, she realised there was no reason she shouldn’t go vegan. While she had to eliminate vanilla ice cream — something she’d loved since a very young age — she has never viewed veganism as “giving something up”.

But her impulsive side can be traced back to the age of 15. “I was tired of eating meat three times a day, so I just stopped,” she says. Luckily for her, the boarding school she attended was very supportive of this and often her friends would eat off of her plate because the vegetarian offerings were that good.

Going home as a vegan has never been an issue either. Her diet has never been a point of discussion, or something people question. In Ethiopian culture, Orthodox Christians traditionally engage in a 40-day fast, known as tsom, where individuals stop eating all animal products. Veganism is something that has existed in Ethiopian culture for centuries, but it’s never been marketed as “veganism”. Helen says that because of this, Ethiopian food is very easy to veganise.

However, she says that without the rich knowledge of her culture and her cooking skills, she’s unsure she would have stayed vegan. “You have to be satisfied by food, and you need the right ingredients to cook Ethiopian dishes,” she says. That is one of the motivations behind Amaarech, a spice brand she founded with her grandmother in December 2020.

By providing these blends online, she hopes people of all backgrounds and in countries worldwide can have access to the same delicious, plant-based Ethiopian cuisine from their own kitchens. Her ebook, Ethiopian Home Cooking, features an array of quick and easy recipes, most of which use the spice blends. Amaarech is named after and operated by her grandmother, as well as her aunt, in their home in Ethiopia.

Helen is a huge foodie, and struggles to give me a definite favourite dish. But the first two that come to mind are Shiro, a ground chickpea and pulse powder, cooked into a stew, and served alongside tomatoes, onions, chilli, olive oil and lemon juice. For breakfast, her go-to is Firfir, a spongy flatbread shredded and soaked in a juicy tomato sauce.

While Amaarech is still new, and she plans to grow the business — both its line of products and its market reach — her main goal lies in maintaining her blog’s friendships and community. Ethiopianfoodie is a personal brand, something she enjoys, and she has no plans on turning it into a job. Now connecting non-vegans and vegans, as well as people around the world, Helen wants everybody to be as passionate about plant-based Ethiopian food as her.

Olivia Rafferty
Olivia is the Assistant Editor of The Vegan Review. An aspiring Middle Eastern correspondent currently studying journalism at City, University of London, she is passionate about the planet, she believes veganism is the first step to solving the complexities of climate change.
Previous articleFarmers and vegans: how to have a judgment-free conversation
Next articleOne-third of Brits feel government should promote vegan diets to address climate change