Pulse power: the key role of pulses in a plant-based diet 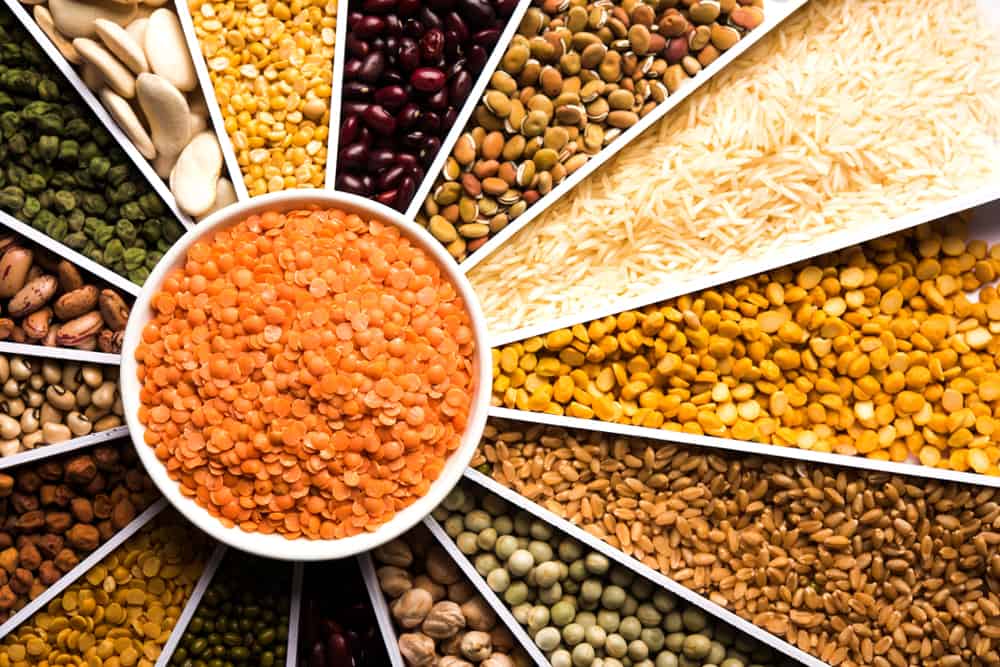 For World Pulses Day, health coach Jeffrey Boadi explains why pulses are celebrated, their benefits in a vegan diet, and the best way to eat them.

“There are so many areas in the world that require good levels of nutrition at an affordable cost,” says Jeffrey Boadi, digital content editor and creator of The Wealth of Health. “Pulses fit that bill.”

In 2016, the UN recognised the importance of pulses, by proclaiming it the International Year of Pulses. In 2019, the UN then introduced World Pulses Day, which celebrates the legume family and highlights its importance in achieving the 2030 Sustainable Development Goals.

To mark the occasion, The Vegan Review is taking an in-depth look at how pulses became what they are, and why they are key to not just a plant-based diet, but to every diet.

The Global Pulse Confederation limits pulses to “a group of crops harvested as dry grains”, separating them from other legumes that are harvested while still green. The FAO’s official pulses entail: dry beans, broad beans, dry peas, chickpeas, cow peas, pigeon peas, lentils, bambara beans, vetches, and lupins. Most of which we’re very familiar with. But there are currently hundreds of varieties grown in 173 countries around the world. While pulses can be traced back to the Fertile Crescent in the Middle East 11,000 years ago, they’ve become a global part of everyday lives.

Boadi, who has become a figurehead among the Black community for plant-based nutrition, says Africa is a hub for many things, including fashion and culture. “So I’m not surprised that pulses have become such a widespread thing,” he adds.

Their popularity comes as a consequence of three main factors: the nutrition they bring us, their economic benefits, and their contribution to environmental prosperity.

The benefits of pulses

Pulses are a big factor in plant-based farming. They can decrease greenhouse gases, increase soil health and use much less water than other crops. A recent report revealed the yield of chickpeas and lentils, for example, will still be high during a drought. This brings food security to farmers, which in turn creates national economic stability.

Environmentally, the UN says pulses contain nitrogen-fixing properties, which improve soil fertility and extend its life cycle. With stronger soil, it’s easier to keep away pests and diseases without the use of chemicals. And by avoiding them and other fertilisers — such as manure — farmers can contribute to the mitigation of climate change.

On a nutritional level, pulses are packed full of protein, fibre and various vitamins and minerals. They are also low in fat, which lowers cholesterol. Health organisations, including the British Heart Foundation, promote pulses for individuals who suffer from diabetes or heart conditions.

In many of the world’s Blue Zones, pulses are a staple. Boadi says there’s a strong correlation between consuming legumes and beans, and having a longer lifespan. He says pulses have always played a key role in the human diet. Especially in North and West Africa, where chickpeas and black beans have always featured in the local cuisine.

For communities who can’t afford dairy or meat, pulses have also been seen as a rich source of protein that are very cost-effective. On some social occasions, Boadi has plant-based burgers. But most other times, he prefers pulses.

“There’s a misconception that a plant-based lifestyle is expensive,” the health coach says. “But a 500g bag of lentils will cost you under £2.”

Some pulses are known to have an effect on human bowels. This is because some of the carbohydrates they contain are indigestible. But the NHS says this can be avoided by rinsing them prior to cooking. People also find that symptoms subside as they increase their intake.

Boadi says it’s important to manage your intake. When transitioning to a plant-based diet, your fibre intake might double, and this can cause bloating. But once your gut bacteria is fully active again, pulses can become a solid part of your diet.

For those who dislike the taste of pulses, Boadi says: “Go crazy with the herbs and spices.” Naturally adding flavour to your food is perfectly healthy, and will excite your palette too — leaving you feeling more satiated at the end of your meal.

Pulse recipes for your daily diet

Because of its versatility and nutrition, Boadi’s go-to pulse is the lentil. Packed with iron, zinc, folate, magnesium and fibre, he says when it comes to plant-based superfoods — this has to be his top choice.

When it comes to dishes, the list gets longer. Lentil bolognese, which he has been eating since day one of veganism, comes in first place. But the health coach says there is a vast range of recipes that easily contain at least one type of pulse. Waakye, a Ghanaian stew with rice, black-eyed beans and dried millets is something he grew up eating. “Mum makes it best,” he says, smiling.

Three bean chilli, chickpea curry, Caribbean rice and peas, and homemade bean burgers — found in his new ebook Eat More Plants — all feature on his list too. The FAO has also published an extensive list of recipes for those looking to incorporate pulses into their diet for almost every country in the world.

Discover more recipes using pulses in our guide to legumes.

Olivia Rafferty
Olivia is the Assistant Editor of The Vegan Review. An aspiring Middle Eastern correspondent currently studying journalism at City, University of London, she is passionate about the planet, she believes veganism is the first step to solving the complexities of climate change.
Previous articleUN Secretary-General calls 2021 ‘crucial year’ for climate change
Next articleEditor’s picks: The best of our vegan recipes