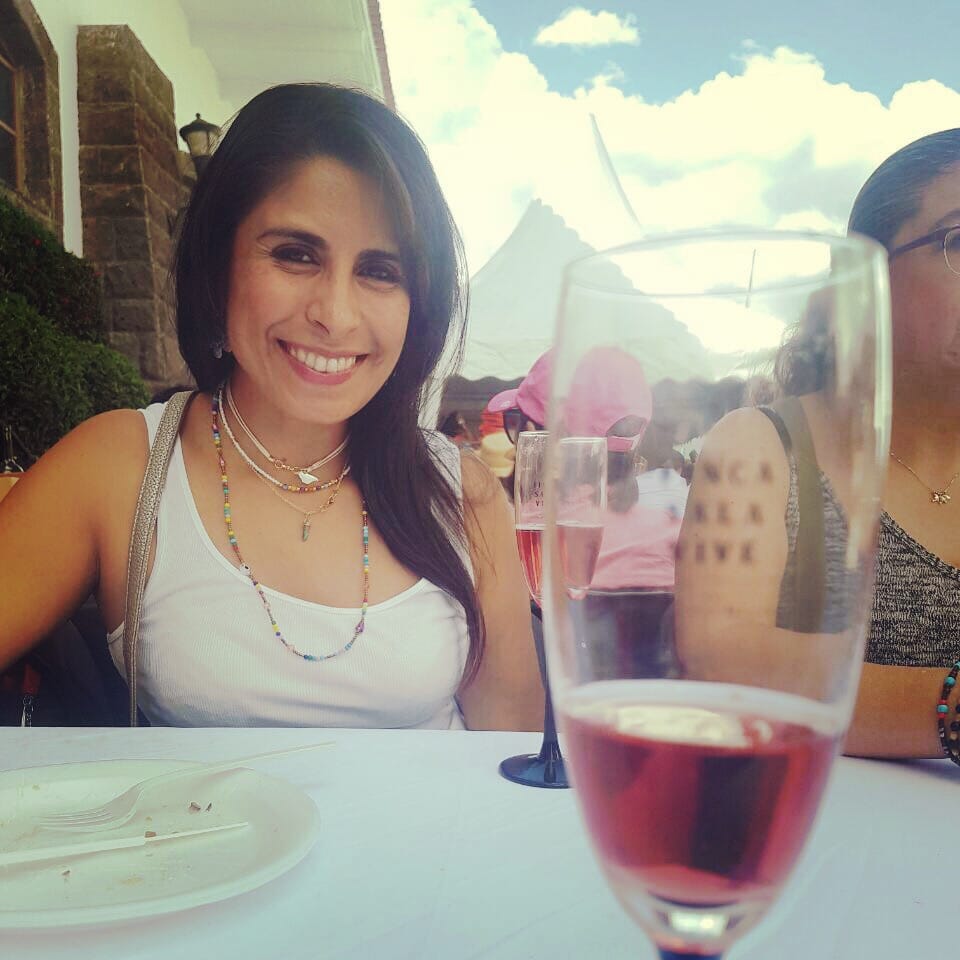 For World Vegan Month, The Vegan Review is sharing the stories of vegans from 30 countries around the world. Here’s one from Colombia.

Lyda Durango, 45, is a marketing manager and event organiser in Colombia. She is also an entrepreneur, blogger, and activist for animal rights.

“I went vegan for the animals,” she says. “13 years ago, I became vegetarian and almost 2 years ago, vegan.”

She says that in Spanish, the predominant language in Colombia, “the word for ‘vegan’ is ‘vegana’ for females and ‘vegano’ for males”.

When I first realised the suffering we were causing to animals for food, I knew I had to do something about it. I started reading and understanding the reality of farm animals, but it wasn’t until I watched Earthlings that I actually decided not to eat animals anymore.

The years after that, I dropped milk, then eggs and honey, and finally in January 2019, I went strictly vegan. In the last five years, I also stopped using animal-tested products, clothes, and any other animal origin staff. It was very important for me because I also realised the harm we were doing to our planet through consumerism, industrialisation, and everything related, and I became very conscious about it all.

My biggest challenge was with bread, even though I am not a very bready person. It is very common here in my country, especially for breakfast. Then I started reading the labels in detail, and realising almost everything has cow’s milk and eggs, without being even necessary. This was the biggest opportunity to find out about artisan bread, pitta bread, and all the healthy choices we have when having a craving for bread.

But there is another thing, which was the most challenging because it is very traditional in my country: buñuelos, a Christmas treat made from corn and yuca starch, butter and cheese, among other ingredients. These are very traditional and popular in my country for Christmas, and they are very delicious. We eat it with a dessert called natilla (made with cow’s milk). This combination is so popular that you can even find them in street food sales. Not having them anymore was a little difficult, but I found the recipe for vegan buñuelos and It was amazing.

The rest of my process was really easy since I am very resourceful, well-informed and always looking for new ways to advance my knowledge of veganism and the plant-based lifestyle.

When I first went vegetarian it was very difficult for them to understand that I was not going to die and that I was very happy about my new life. When I went vegan, it was not very surprising for them since I had been dropping dairy and eggs. They have been very respectful and supportive of my decision. Every time we have a special occasion or dinner with family or friends, they always think about me and care for my vegan options.

I admire a lot of vegan icons, companies and organisations working to create a better and compassionate world for animals, but there is one NGO that has really helped me to be a better vegan and a better person: WFPB.ORG (which I have volunteered for since 2019). They have influenced me a lot to be really plant-based and more conscious about our food and planet. Sometimes, vegans (including myself) don´t eat very healthy, and getting to know this organisation and its founder Margarita Restrepo, who is also the chief editor of Naked Food Magazine, was very important for me, because I learned a lot about naked food and the WFPB lifestyle. Even though I am missing a lot from the true naked food and WFPB lifestyle, I am trying to learn to be a better-informed vegan.

I have to confess that I am not very good at cooking since some of my favourite plates to prepare are salads. I have explored some recipes and the fact that we can replace meat with a lot of vegetable options makes it easy to veganise local dishes.

For example, we have a very traditional Colombian soup called sancocho. I always replace the meat with veggie balls made from beans or peas and put some lemon in to make it delicious.

Vegan yoghurts are not very easy to find. There is a new company selling vegan greek yoghurt in my country; I still haven’t tried it, but it’s very difficult to find this kind of a product in supermarkets or even vegan shops.

Even though most international vegan products are already in my country, they are very, very expensive. We can find delicious creamy vegan cheese made from almonds, for example, but the cost is very high. The problem is not availability, it’s affordability. I hope this changes in the next decade.

We have some good vegan restaurants. My favourite is Kai in Medellín. It is fully plant-based and the food is delicious. The prices are fair too.

I dream about visiting Berlin. I´ve heard it is one of the most important vegan cities in Europe. And I hope to visit it soon (as long as the pandemic allows me to do so). I admire Germany a lot and I have a friend there, so hopefully we can visit her in the next couple of years.

We have two barriers. One, this is a cattle country. It means that most of our land is used for cattle, but the point here is that cattle are being linked to far-right politics, and behind this, we can find a lot of other issues related to human rights, the systematic killing of social leaders, deforestation, displacement of the indigenous population, social injustice, and so on.

The second barrier is poverty. Since more than 35% of our population lives in poverty, there is no education about animal rights, environment, food, nutrition, and health. These are not survival-related topics and the government does not care about them.

Amy Buxton
Amy is a committed ethical vegan, raising a next generation compassionate human with her husband and their beloved dog, Boo. A freelance writer with a background in PR, she decided to use the COVID lockdown period to refocus her client base and has come to The Vegan Review as a senior writer and editor, before moving into her external content director role. "What we should be doing is working at the job of life itself" is Amy's mantra, courtesy of Tom from The Good Life.
Previous articleUK retail pledges target of net-zero carbon emissions by 2040
Next articleVegan Kathak dancer Vidya Patel on balancing diet and dance